Built at an altitude of 1,033 meters in a valley at the foot of Mainalo, Vytina is identified with the beauties of autumn and winter and welcomes its guests for a special escape to the mountainous Arcadia.

Its name is believed to have originated from the word “bottom“ (in Greek: vythos) because originally it was built in a basin between hills. It is believed to have been built after the dissolution of the ancient city of “Methydrio“, the ruins of which are located five kilometers away from Vytina. 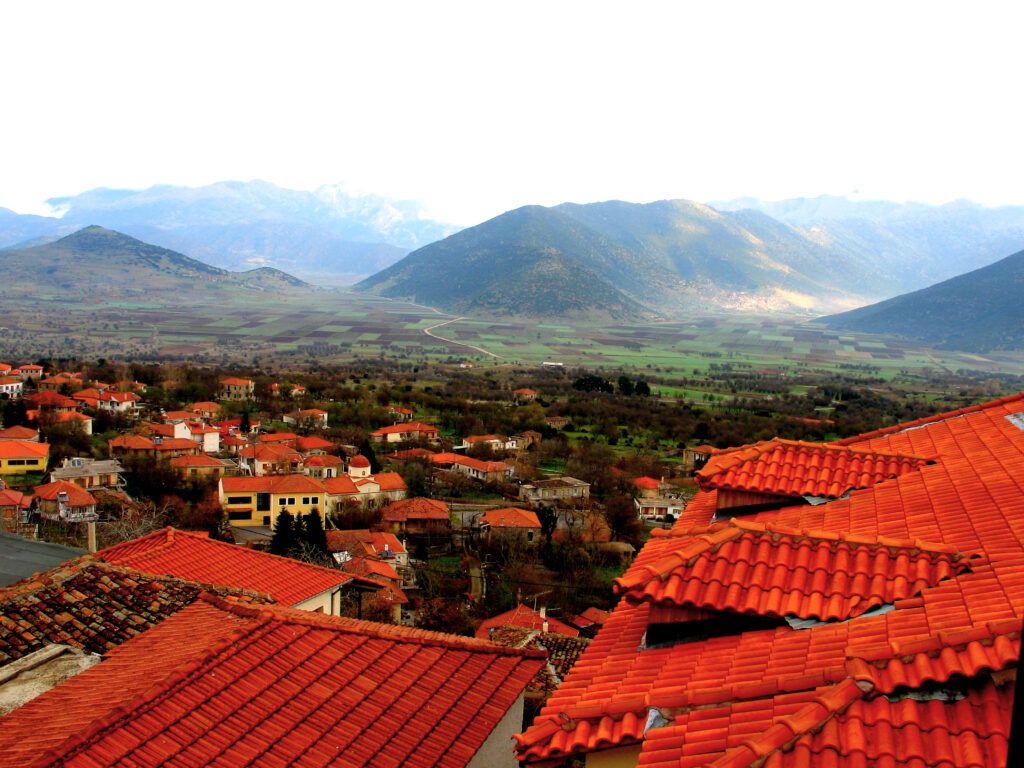 It has been characterized as the “jewel of Mainalo” and indeed the visitor will discover a peaceful and hospitable village that will welcome him in its arms, offering him peace and relaxation.

The old stone-built houses have a special architectural figure, dominated by the famous black marble of the area. The settlement spreads on a spacious hillside that embraces all forested mountains in a location full of pine, fir and chestnut trees. Through a stroll through its beautiful narrow streets and its tree-lined streets, you will see the beauties that you find in the Greek countryside. 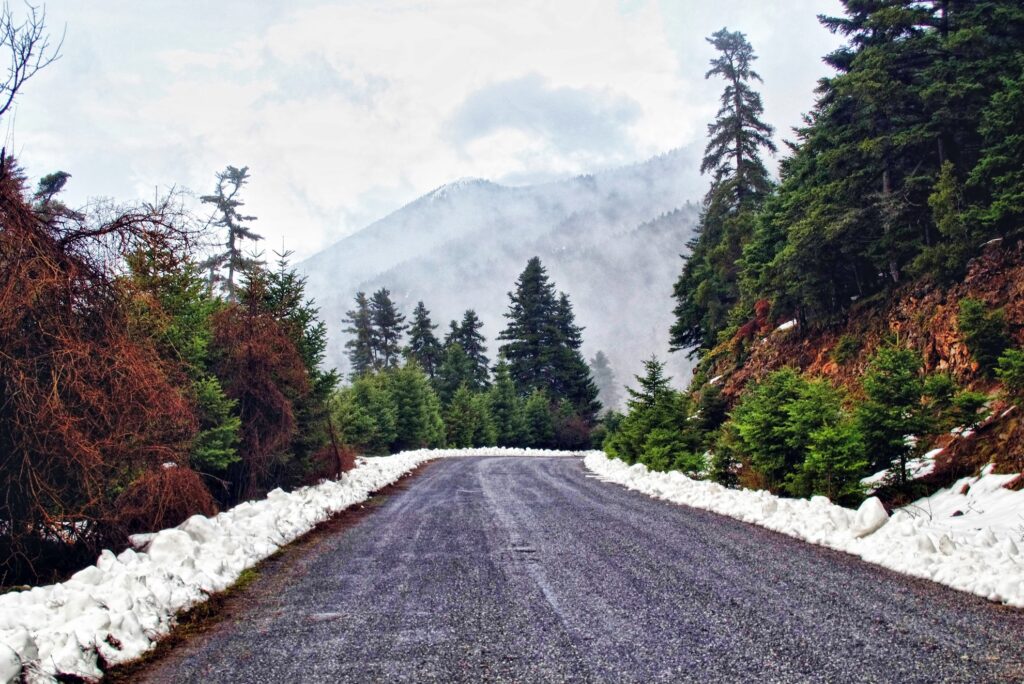 Vytina was the hometown of many deserving captains and captains, playing an active role in the Greek Revolution of 1821, while at the same time it was a supply center. It is remarkable that its settlement was burned by the troops of Ibrahim seven times. After the liberation and until the Second World War, Vitina was the major shopping center of the area with an important bazaar. Indeed, there was a branch of the Bank of Athens as well as Forestry School.

Several years later, it has been a remarkable center of woodcarving and textiles, and even you can find many tourist shops on the streets around the central square with woodcuts and local products like dairy, pasta, honey, herbs, walnuts, and legumes. 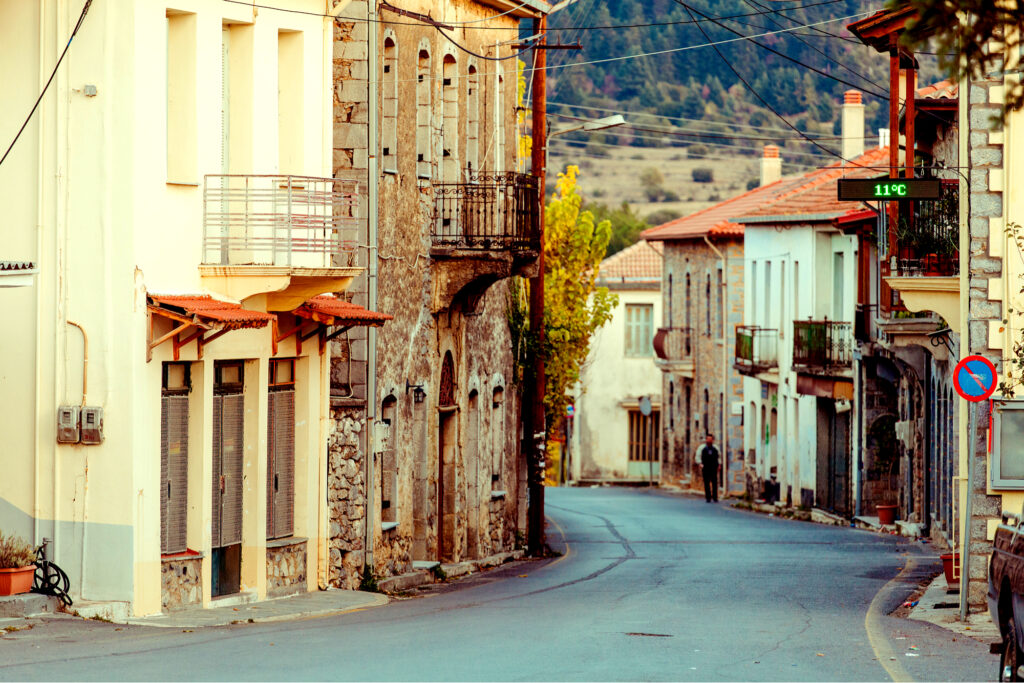 A reference point for visitors’ excursions is mainly the lively square of Vytina with the stone church of Agios Trifonas, built in 1846, with the main material being the black marble from the surrounding area. Around it is the majority of cafes and traditional restaurants, offering delicious local recipes.

Close to the main square is the Library of Vytina, with a remarkable historical record of the area, such as documents and books from the 17th century, as well as the historic stone-built building of the “Greek School“. 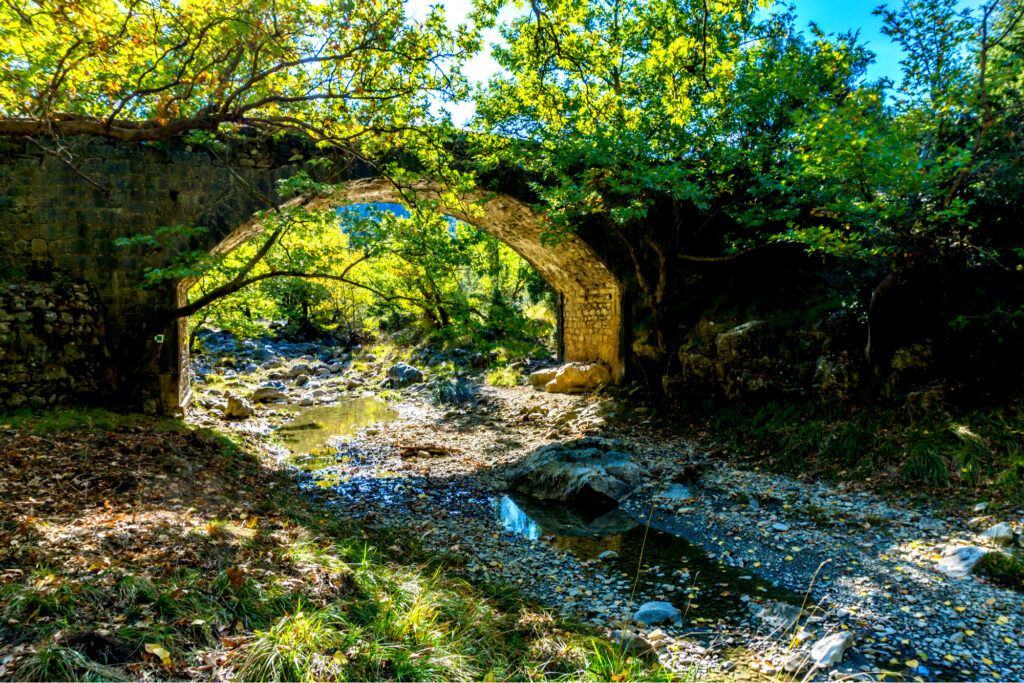 Vytina is an ideal destination for endless walks. One of the most popular spots is the Road of Love, a romantic route between tall trees. At the same time, in a short distance from the village you will find beautiful settlements, but also rivers, springs, historical monuments and monasteries worth visiting.

Guests can climb up the hill of Ai-Lia in order to enjoy the magnificent view and take a stroll to the historical monasteries of Kernitsa and Agioi Theodoroi. The wider area around Vytina, due to its peculiar mountainous character, is suitable for all kinds of alternative activities such as hiking, mountain biking, horseback riding, as well as off-road ATV driving in the forest. 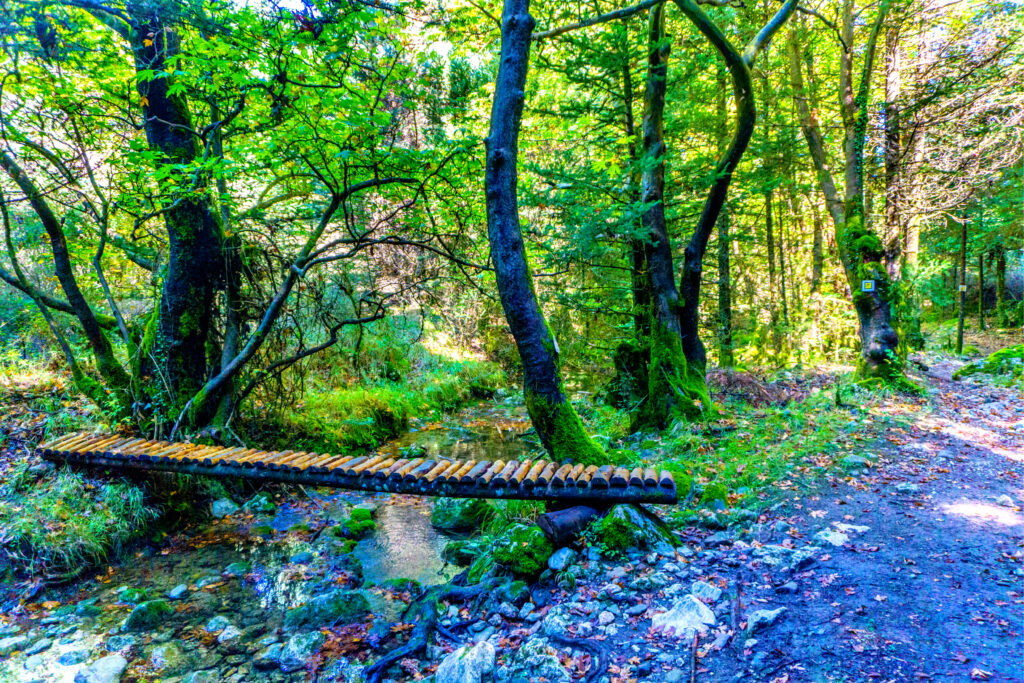 Situated at a strategic point, Vytina combines easy access to the popular ski resort of Mainalo and the beautiful villages of Stemnitsa, Dimitsana and Lagkadia. Undoubtedly, it is one of Moria’s most popular mountain resorts. 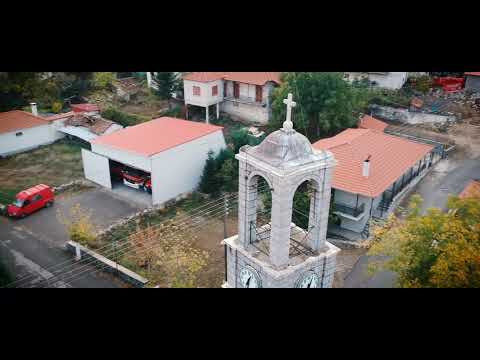