One of the most beautiful and well-preserved villages in mountainous Arcadia, with unique architecture, atmospheric guesthouses, impressive monasteries, the Lousios Gorge and the mined-roofed Mainalo a short distance away, Dimitsana has for years been one of the most popular bases for different types of tourism, such as the romantic winter weekends, the alternative excursions to Lousios and Alfios, and the family excursions.

The architectural landscape of the traditional settlement, with the tall, stone tower houses, is unique. Amphitheatrically built on two opposite hills, above the Lousios River Gorge, historic Dimitsana is a lively museum of traditional architecture. From the altitude of 950 meters, the view of the plain of Megalopolis and Taygetos is breathtaking. Dimitsana’s story begins in the Homeric years when the small Arkadian town of Tefthis was in its place. 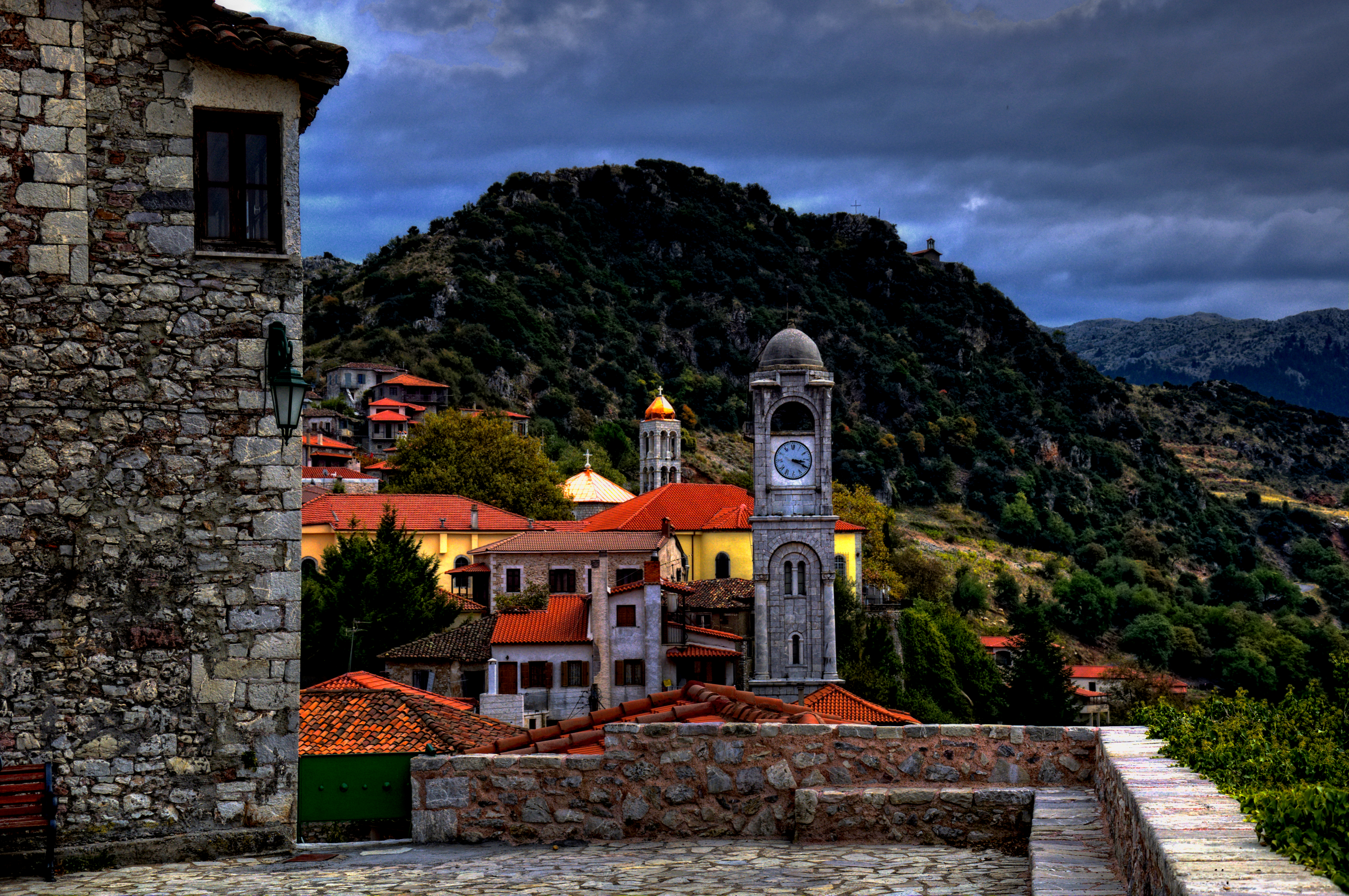 The whole of it is a journey through history with its old monasteries, Byzantine and ecclesiastical sacred heirlooms, its library with its rare documents and codes, its painting mills and its archaeological and folklore collections.

The Philosophos Monastery was founded in 963 A.D. just 2.5 km away from Dimitsana, a mountain village whose name was first mentioned in 967 A.D. in a patriarchal document relating to the Monastery, while in 1764, the wise monk, Agapios, built the library and transferred the books from the monastery. The library grew continuously until 1821 due to the fact that the Patriarchate supplied it with new books, as in Dimitsana there was a priestly school known as the “Hellenic Literary Tutorial”.

Its school operated for the first time in 1764 and many graduates and scholars graduated, including Grigorios E and Palaion Patron Germanos. During the Greek Revolution of 1821, much of the library was destroyed, because the Greeks needed the paper to make rounds for guns. 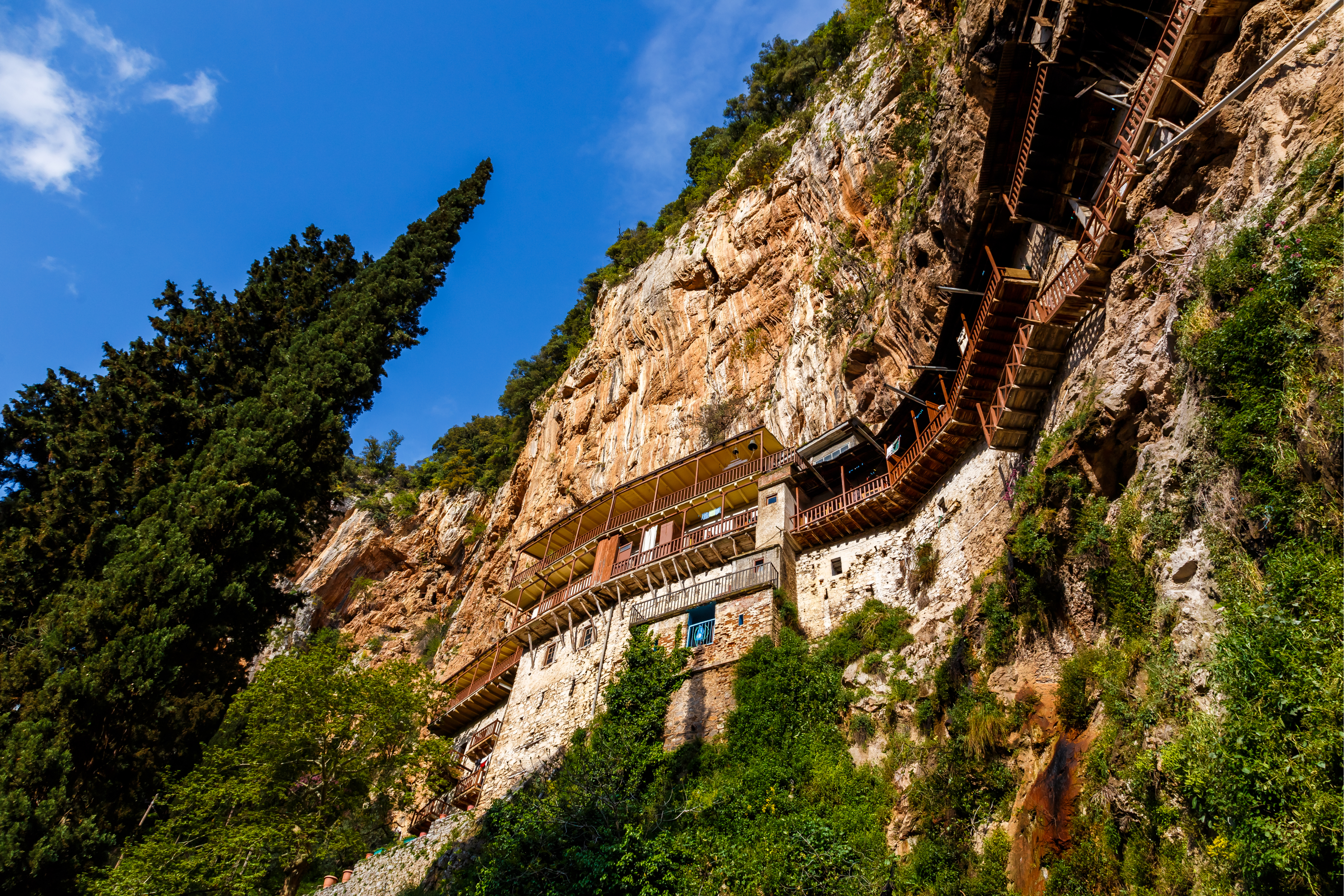 In Dimitsana, gunpowder was manufactured from the time of the first Ottoman rule, and the operation of the gunpowder-mills was testified by the Venetian conquest at the end of the 17th century and the beginning of the 18th century. Most of its native inhabitants knew this art and were known as “gunpouderers”, while Dimitsana was called “the barracks of the Nation”.

Dimitsana played an important role in the 1821 Revolution, both due to these watermills and the important people who participated in it. Already in the years before the Revolution, the Friendly Company had succeeded in creating a successful communication between the core of Tripolitsa and the wider Gortynia region, where there were many initiates – in every way – in preparation for the Revolution.

The Hydropower Museum, created after a restoration in 1997, to promote the traditional hydro-electric installations that were formerly widespread in the area, such as the old and new Philosophos Monastery and the Monastery of Prodromos, located within the Lousios Gorge, the visitor must not miss. Also interesting are Zygovisti, the Monastery of Kernitsa and the Monastry of Aimialon. 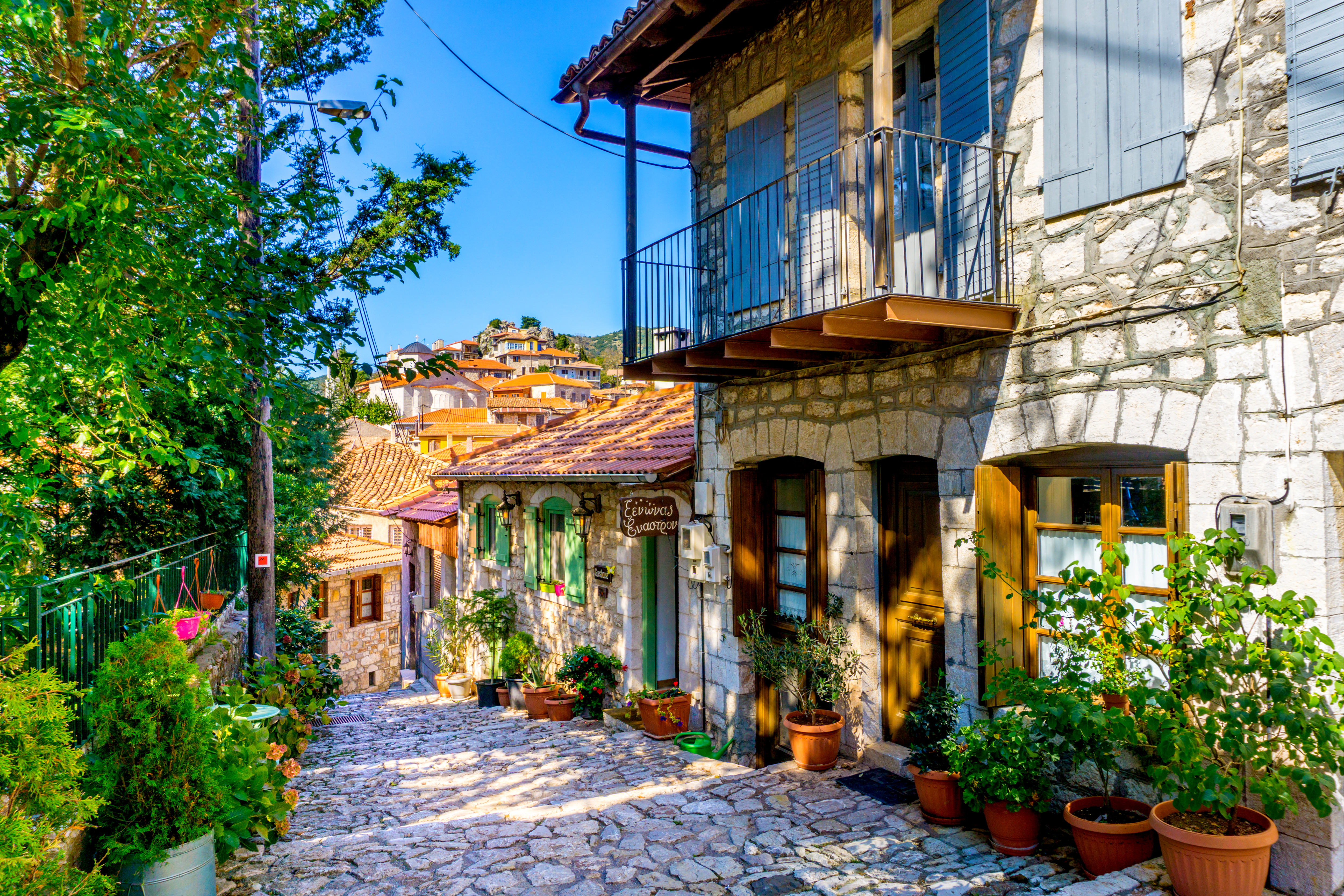 The preserved stone-built settlement welcomes its travelers to a charming journey in time with the stone alleys, houses and mansions, churches and beautiful neighborhoods being revealed in every corner. No one can walk between the traditional buildings, the narrow alleys of the settlement and discover the beautiful bridges and waterfalls.

Traditional taverns-restaurants with excellent local dishes as well as the beautiful café-bars with fireplaces and warm décor that are scattered in the village make some of the most ideal destinations. 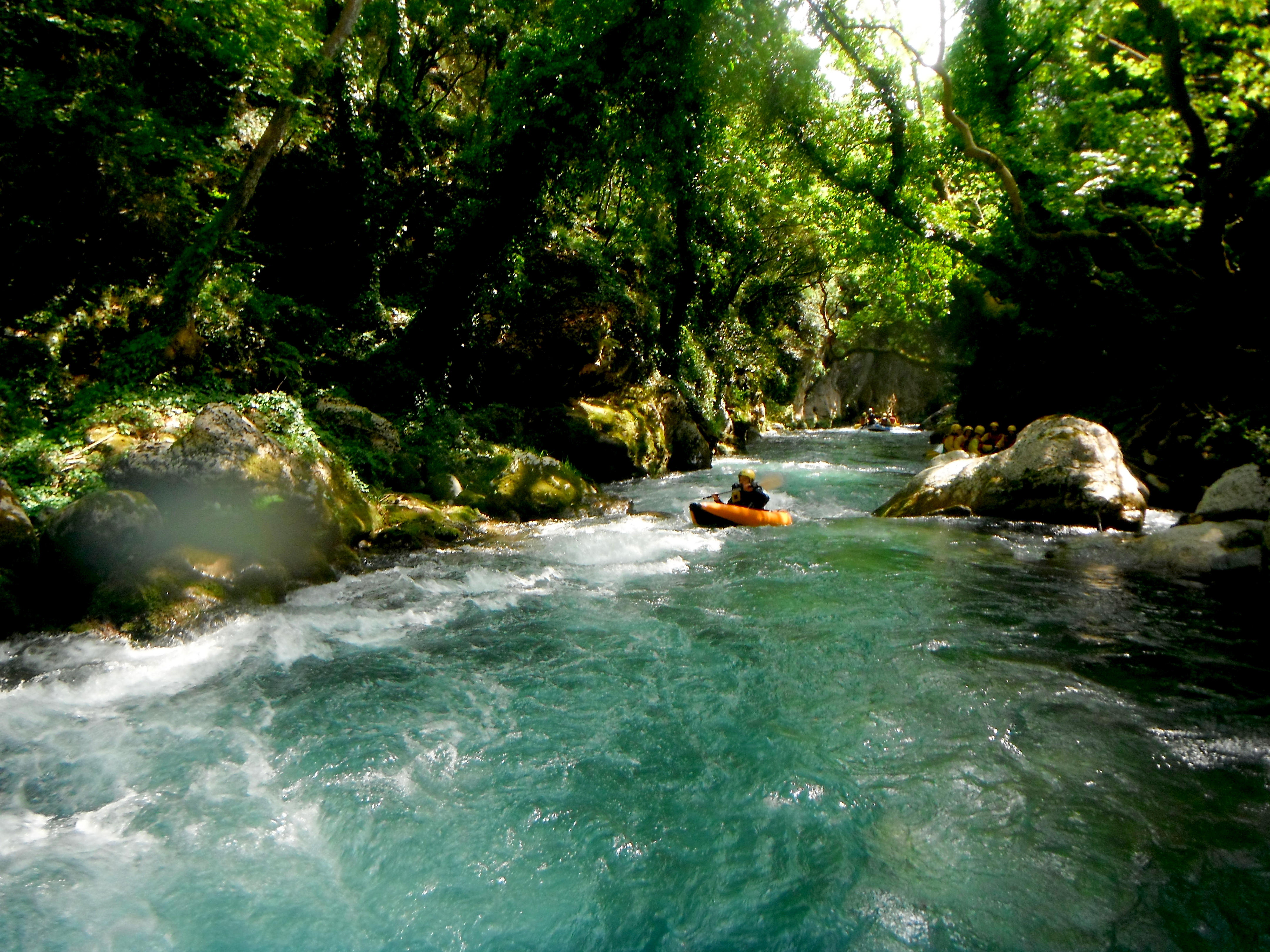 The natural beauty of this location inspired the myth of the sacred bath of Zeus in the river called Lousios (where Jupiter was baptized), since the view of the valley flowing from the high altitude of Dimitsana to Megalopolis, and the sheer size of Taygetos mountain in the background, is undoubtedly an image that becomes engraved in someone’s memory.

The most adventurous characters, may choose to live the unforgettable experience of rafting in Lousios with specialized, organized groups, since the combination of the river’s wild beauty and the virgin forest that extends alongside it, is mesmerising. With its rich and important history, Dimitsana along with nearby villages Stemnitsa and Vytina are places of great attraction for the whole Mainalo area. 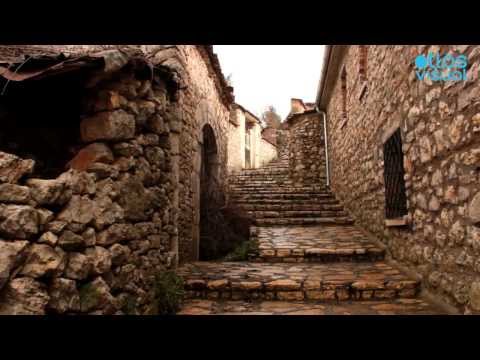