The incomparable beauty of the country through its wetlands

The great Greek outdoors invites everyone to discover it every season. A tapestry of landscapes with an amazing array of biodiversity and ecological value will unfold before one’s eyes: in national parks, waterfalls, rushing rivers, lakes, wetlands, mountain ranges, even volcanoes on Santorini, Nisyros and Milos. 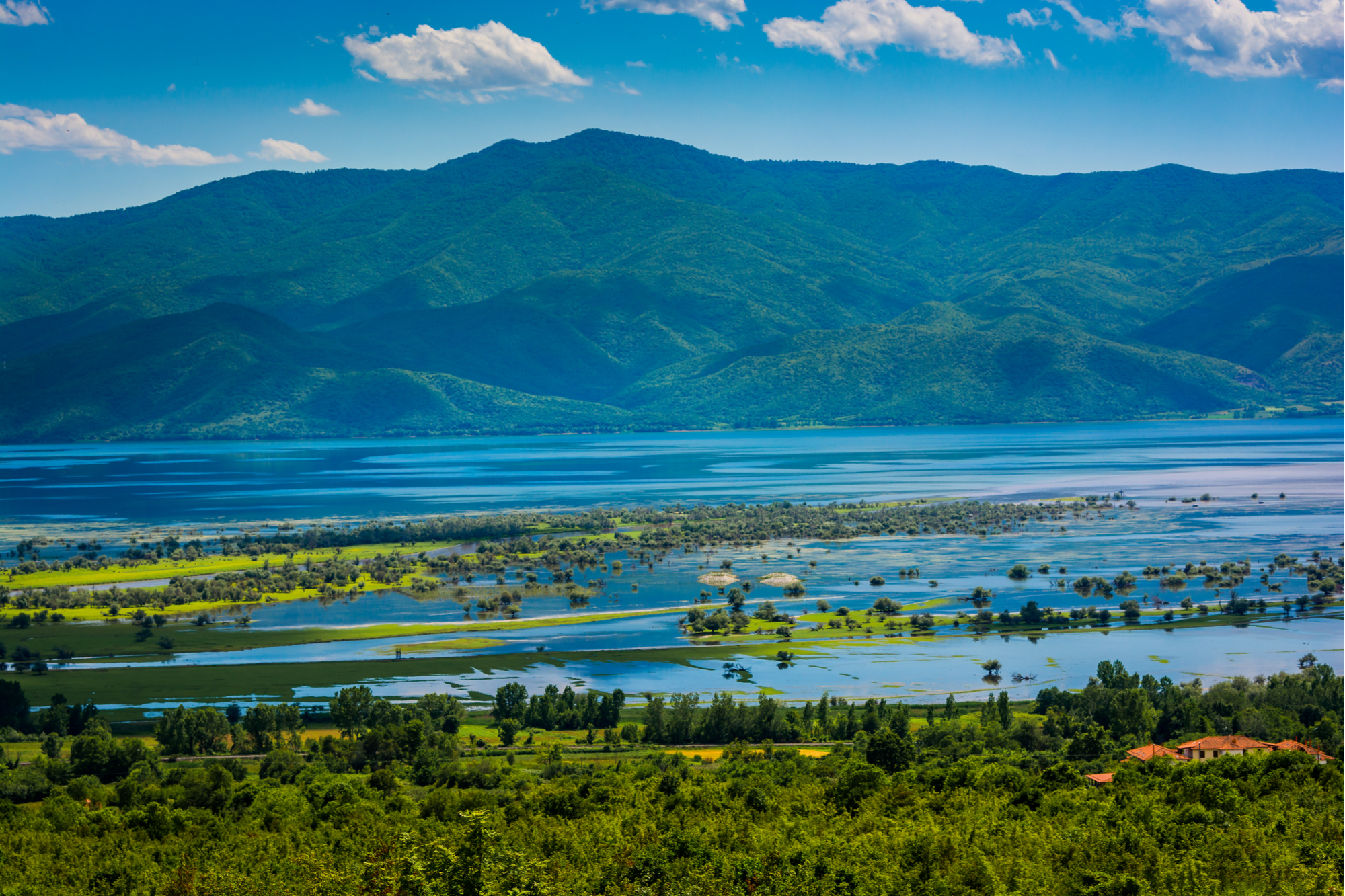 Greece’s 400 wetlands are places of special beauty and many are protected by the Ramsar Convention or belong to the Natura 2000 network. The lagoons of Messolongi, Gialova, Porto Lagos and Thrace, the Ambracian Gulf, the Strofilia forest, the deltas of the rivers Axios, Nestos, Evros, Acheloos and Arachthos, lakes Kerkini, Vistonis, Vegorotis, Mikri Prespa, Koroneia and Volvi offer a rich world of vegetation and are home to countless birds, amphibians, mammals and fish.

At least 446 bird species, several of which are endangered, live or spend time at the precious wetlands islands and the mainland. The best places for bird-watching are the Dadia forest, the Evros and Pineios deltas, lakes Kerkini, Heimaditis and Zazari, the Gialova lagoon and Mount Olympus.

Hiking trails and forest roads will lead you off the beaten track to lakes, rivers and hot springs, forests, waterfalls and valleys as well as to ancient temples, old castles and churches; the human and historical side of the landscape.

Some of the wondrous in beauty sites:

Perhaps the most beautiful stone bridge in Greece and one of the most beautiful in the Balkans. It is characterized by gentle movement and plasticity, while it is described as a “caterpillar on the move”, due to its rhythmic motion and its light-hearted elegance in the upwardly adjusting of its three arcs. It is just outside the village of Kipi and joins the banks of the Bayoniko stream. 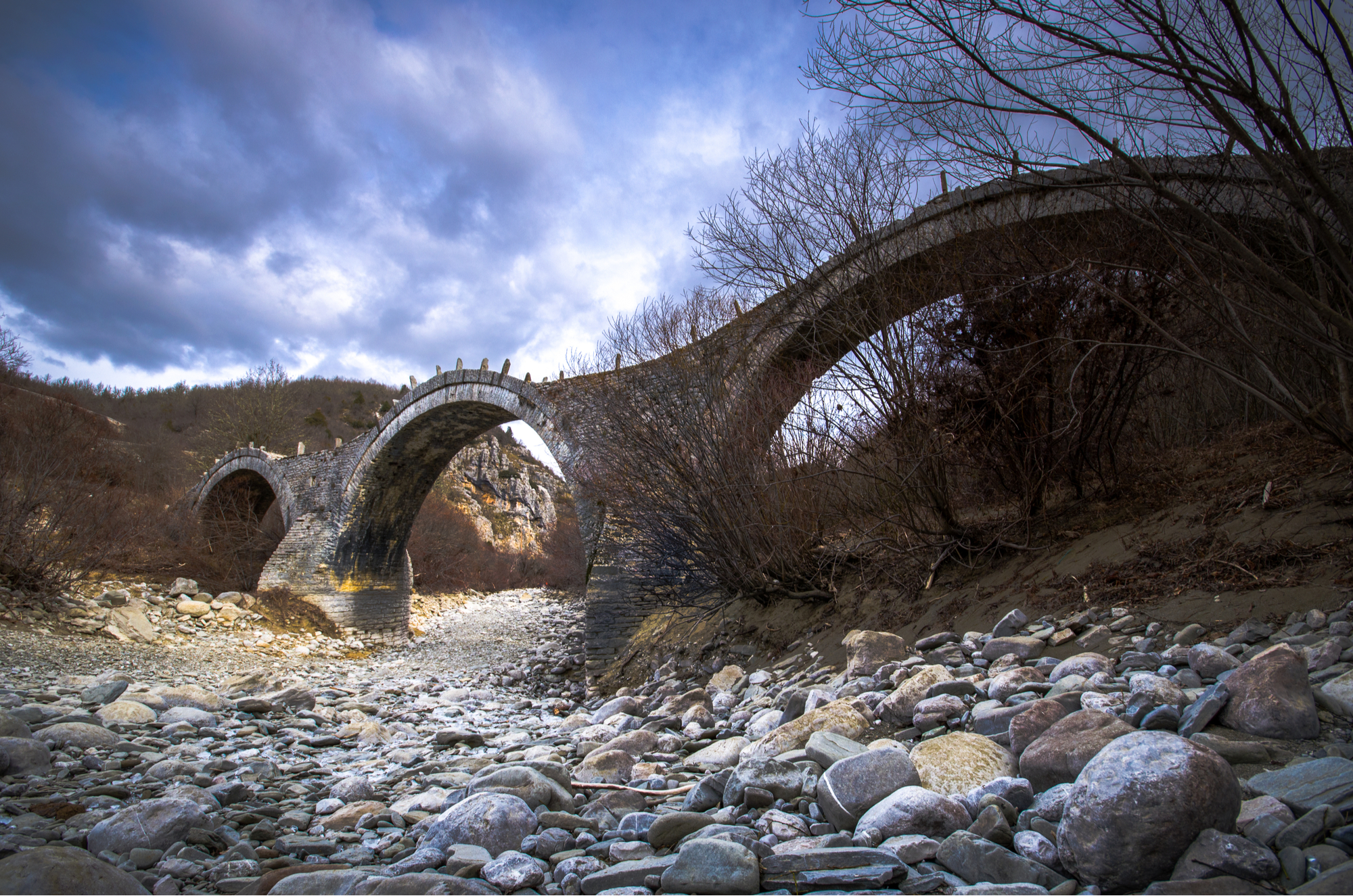 A forest, a lake, a naturall reserve and a fantastic beach make up the scenery that reminds one of the landscapes from Africa. On the one hand, the forest and the dirt hills, and on the other, the beach and the endless blue of the sea. It is a protected area, consisting of the Strofilia forest, the Kotychi lagoon and the Kalogria beach. It extends from Patraikos Gulf to Killini. The forest of Strofilia is the largest seaside forest in Greece, with an area of 19,000 acres, full of pine trees, oak trees and wildflowers. Natural and artificial canals create terrestrial habitats, the sweet waters of the lake are mixed with the salty waters of the sea. 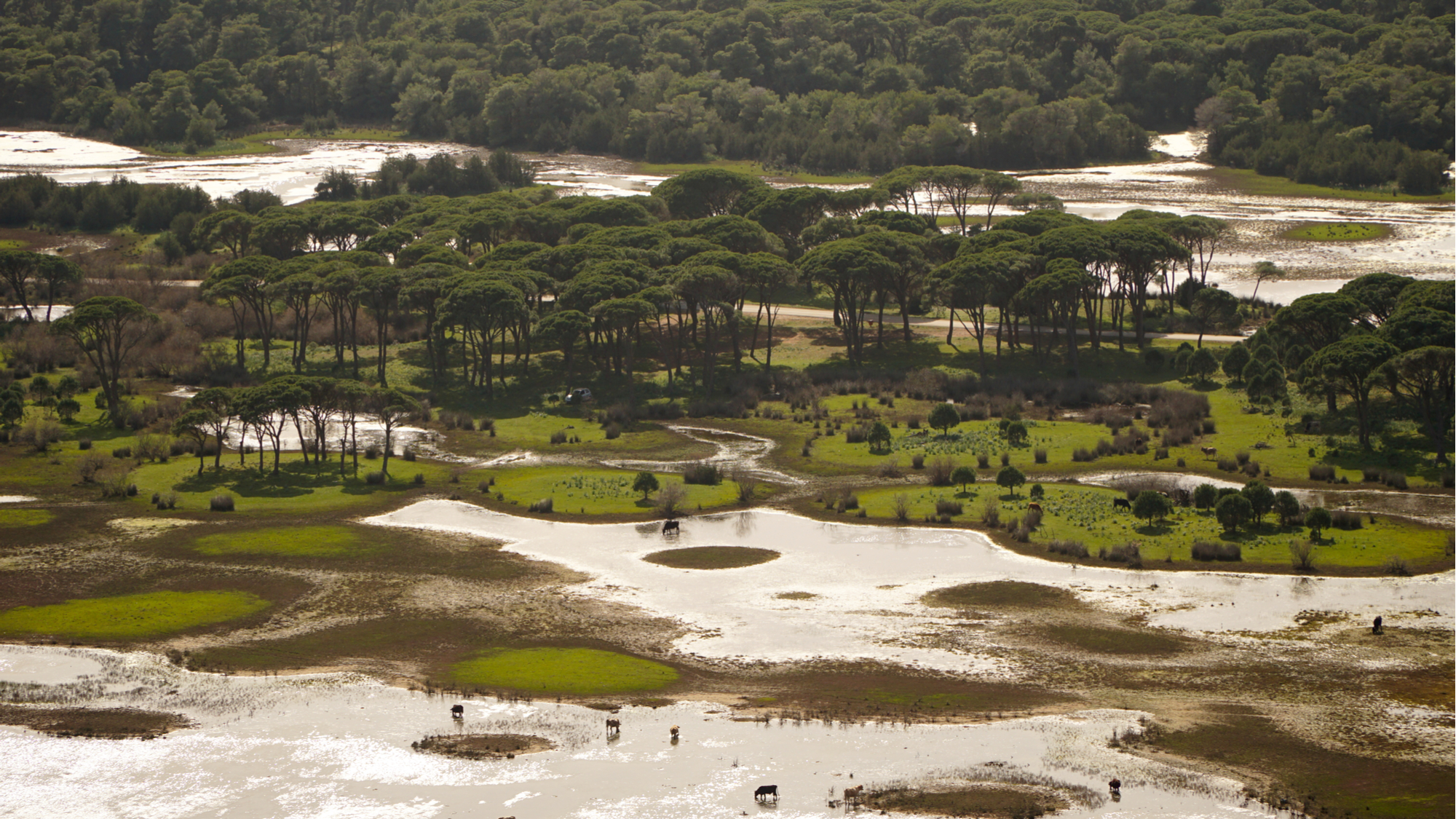 The lake of Kerkini is one of the most important wetlands in Greece where a bio-community lives, grows and reproduces, its protection and preservation for ethical, aesthetic, scientific and economic reasons are vital. It is 45 km west of the city of Serres and next to the village of Lithotopos, between the mountains Beles and Krousia, which are reflected in its waters. It is renowned for its rich flora and fauna and is one of the most beautiful parts of Greece and one of the best spots in Europe for bird watching. The well-known wetland includes 25 km of the river Strymonas, 10km of the Kerkinitis river, a wide variety of canals and smaller streams in the surrounding mountains and a large area of arable land. 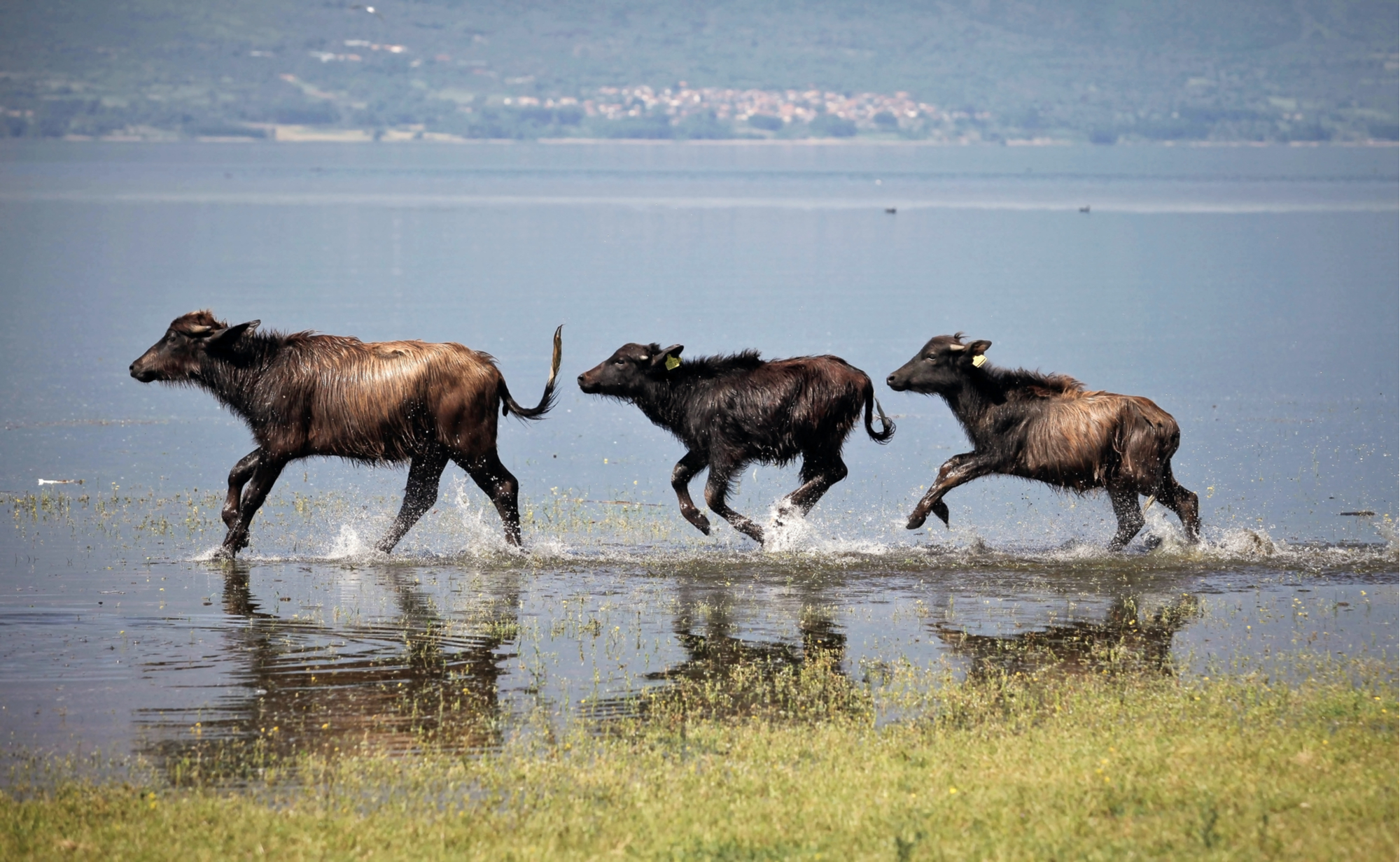 – Konitsa Bridge and the Aoos river

The bridge of Konitsa is the second largest single-arched bridge in Epirus and was built in 1870 by the artist Ziogas Frongos. It is built at the entrance of the city, at the end of the ravine of Aoos River, which it bridges. The location is magnificent with the Aoos River flowing beneath it and the Aoos Gorge impressing with its incredible natural beauty. This bridge, which still holds the bell under the arch, which warned of the strong winds that made it dangerous to pass through, is a true work of art and magically links human civilization to the wild. 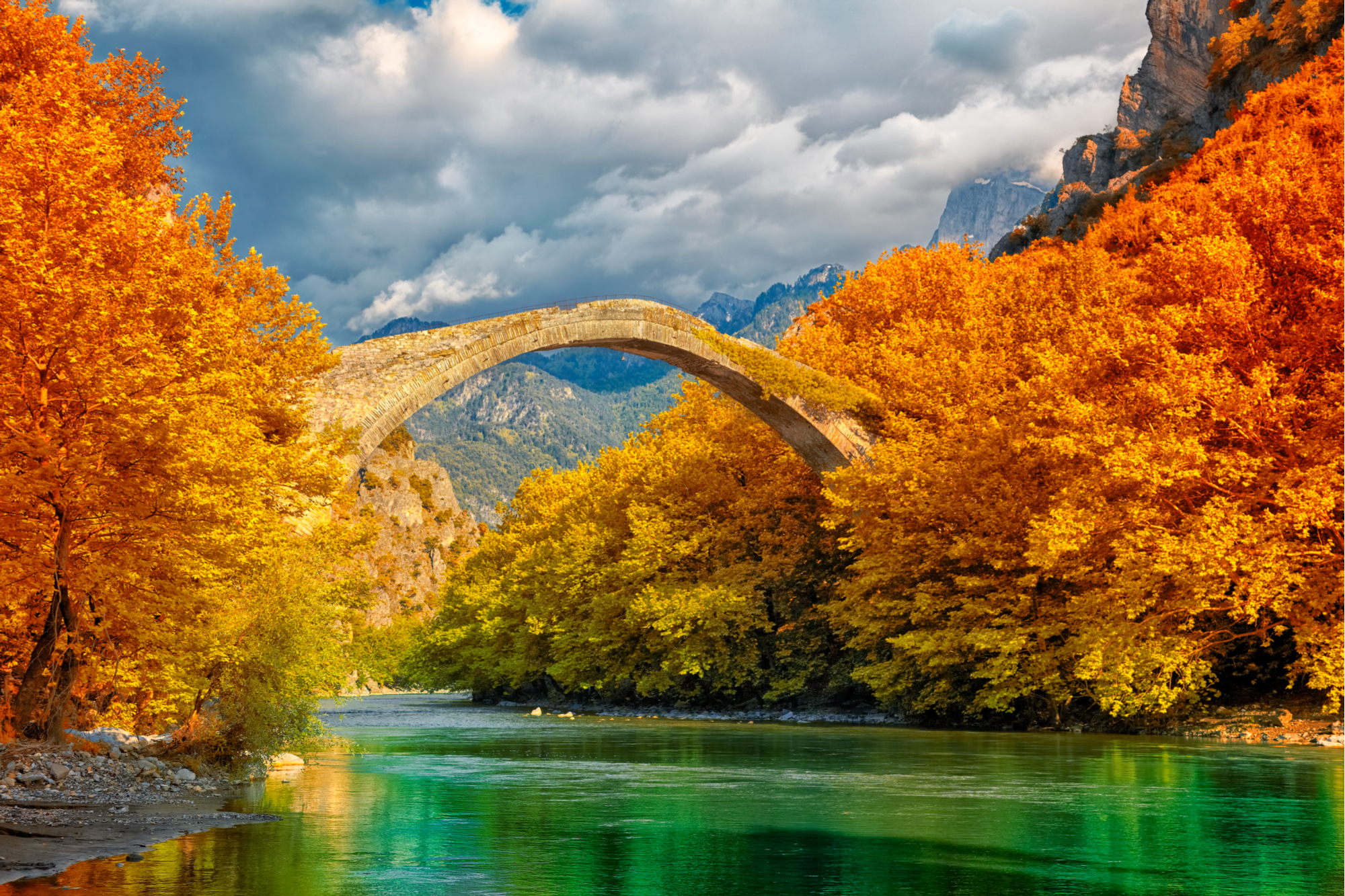 Schinias, on the edge of the bay of Marathon, rich in natural reserves, rare animals and plants, is perhaps the most special Park of the country, harmoniously combining wildlife, historical toponyms and recreation. The pine forest is one of the few that is still preserved across the Mediterranean and is what separates the marsh from the sea. The surrounding area is full of sightseeing, as it was there where the famous battle of Marathon (490 BC) took place. Though small in size, Schinias has enormous ecological value as it has a wealth of different habitats. The slopes of small lakes, the pine forests, the sandy coastline, the limestone slopes with Mediterranean vegetation, the sandy seabed and the submarine pine forests alternately offer a unique experience for exploration and environmental education. 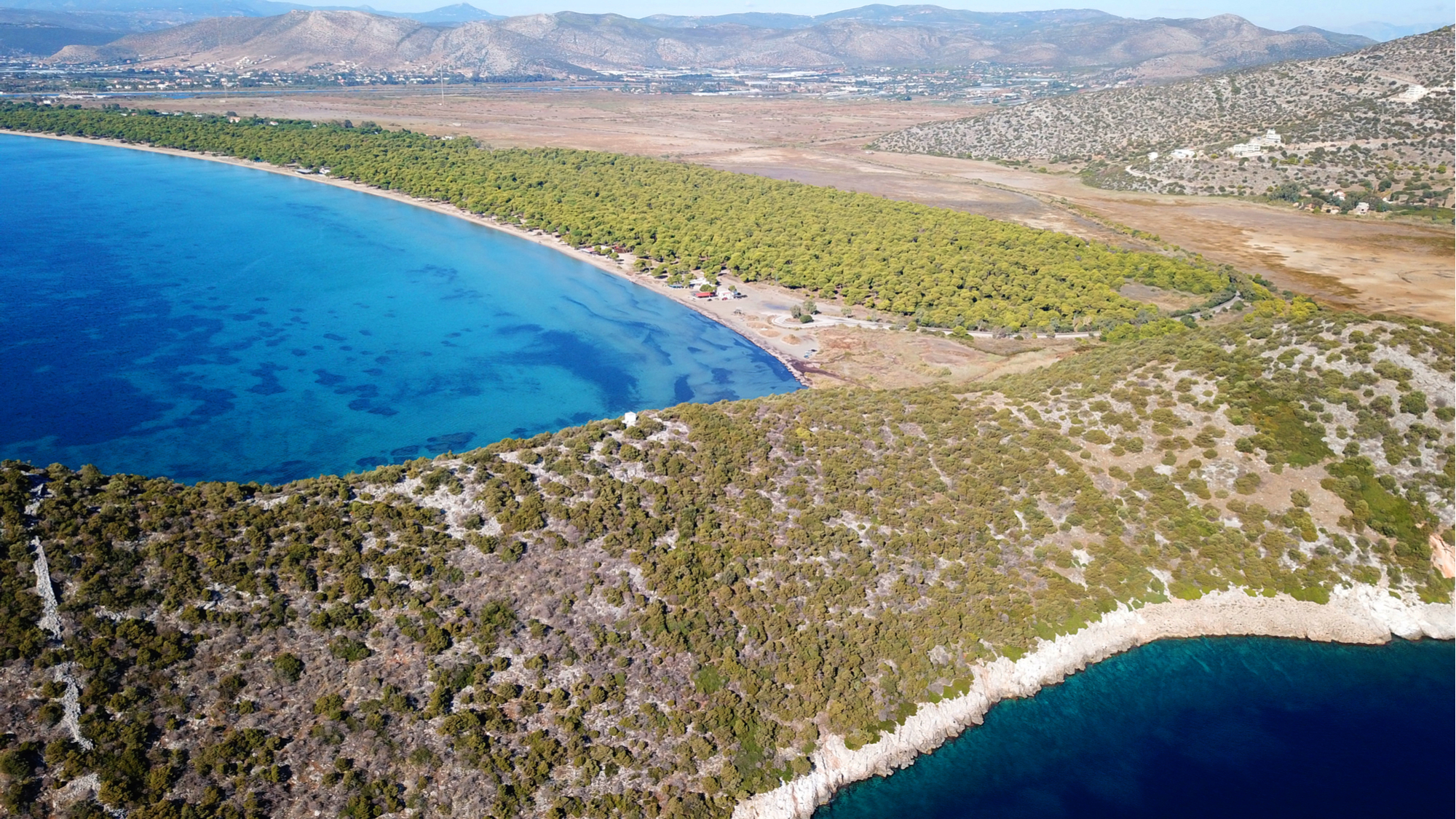