The imposing mountains, the stone-built villages, the historical monasteries and the forests with the rushing waters make up a fairytale-like winter destination in the heart of Central Greece.

The name “Switzerland of Greece” is not accidentally given to it, as in Karpenisi, the visitor encounters bucolic landscapes, mountain peaks lost in the clouds and a cool climate at an altitude of about 1,000 meters.

Karpenisi is the capital of the Prefecture of Evritania and is built at the foot of the southwest side of Velouchi, the ancient Timfristos, at an altitude of 960 meters. It is 295 km from Athens, 370 km from Thessaloniki and 75 km from the city of Lamia, and is the only urban center of the prefecture. 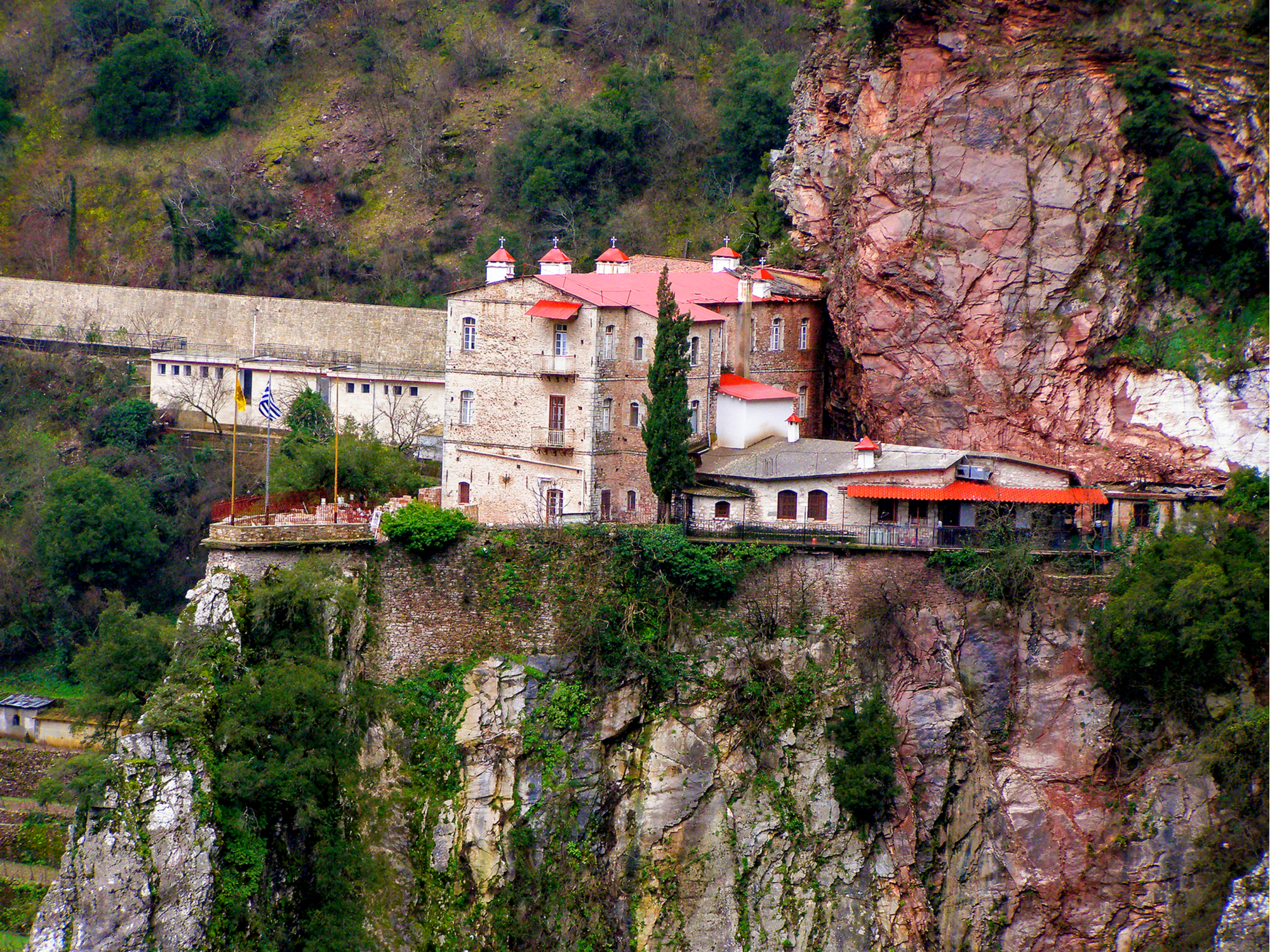 It is a small, mountainous town with imposing mountains, eloquent peaks, abundant running waters, amazing natural beauty and offers an enchanting picturesque scenery that makes it an ideal destination for both winter and summer holidays.

The trademark of Karpenissi is the Prousos Monastery, while for the nature lovers the ski center, the rafting in Tavropos and Trikeriotis, the trekking in the pine forests and the gorge of “Panta-Vrehei”, as well as ideal routes with 4×4 or on-off motorcycles are activities they should not miss.

For those who want to relax, just a stroll through the cobbled streets of the city with the traditional architectural houses and the taverns with the flavors of local cuisine that will enchant one’s taste will be more than satisfying. Karpenisi and the villages around it are undoubtedly a fairytale-like winter destination. Its magic is captivating. 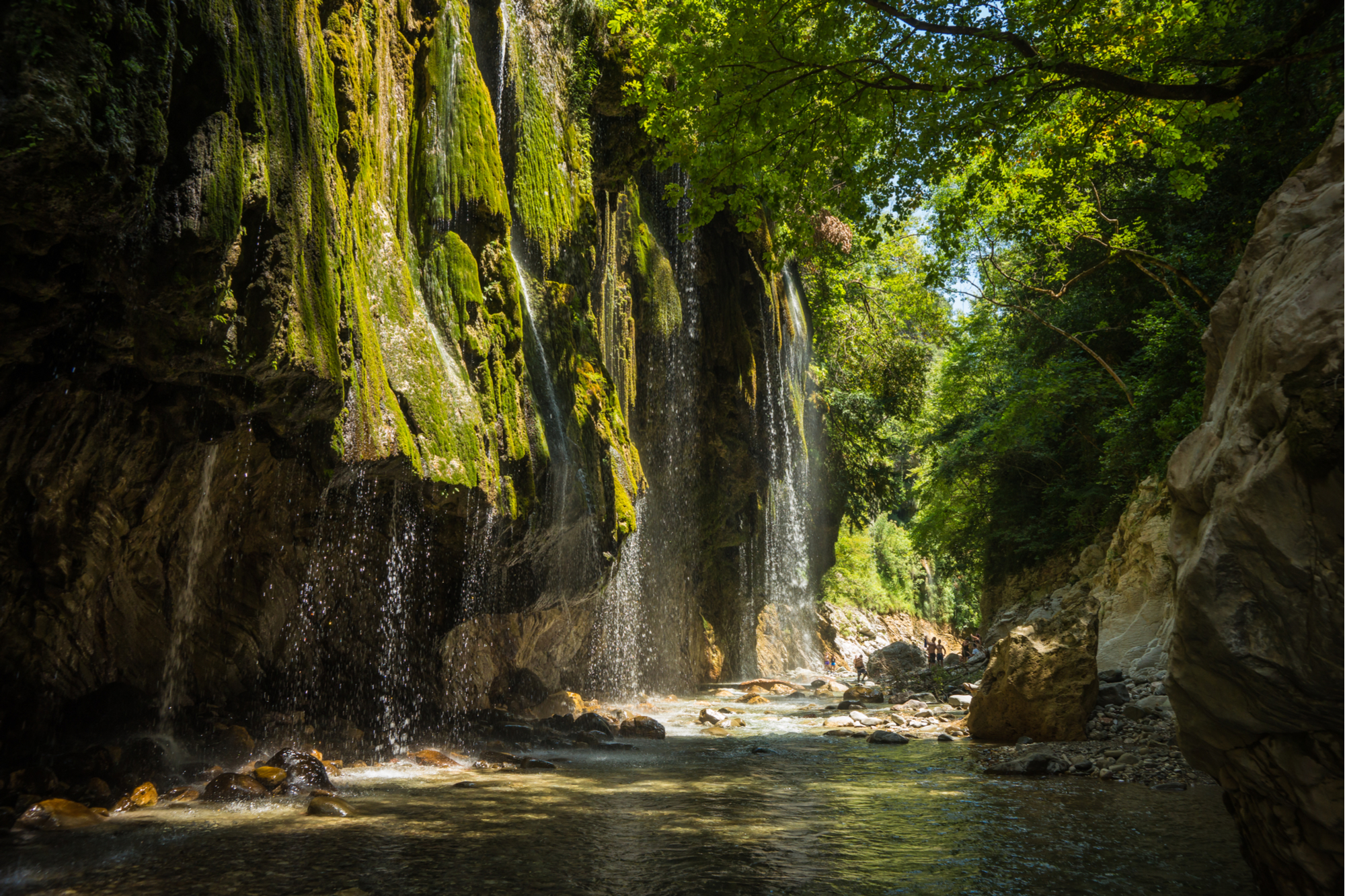 Adventures in the Snow
One of the interpretations of the name of Karpenisi refers to the Turkish word “Kar-benis”, which is translated to “a snow-covered place”. Karpenisi is famous for its heavy winter and snow. One of the largest and most impressive ski resorts in Greece since 1974 stands on the plateau of Velouchi and it stretches over 5,500 acres, at an altitude of 1,850 to 2,200 meters and has 11 slopes. The view of the surrounding area is magnificent.

The monastery of Prousos: the miracle of Panagia
Thousands of believers pour into the historical monastery and important pilgrimage of Greece for the sake of the miraculous icon of the Prousiotissa Virgin Mary – as it is considered. According to the most prevalent traditions, it arrived in Evritania in a miraculous way from Bosphorus of Asia Minor in the years of iconoclasm. It is covered with a silver and gold shirt which is considered a gift of G. Karaiskakis. At a distance of 300 m from the monastery, on a rocky hill, stands the elegant tower with the clock. In “Always Rain”: a miracle of nature. 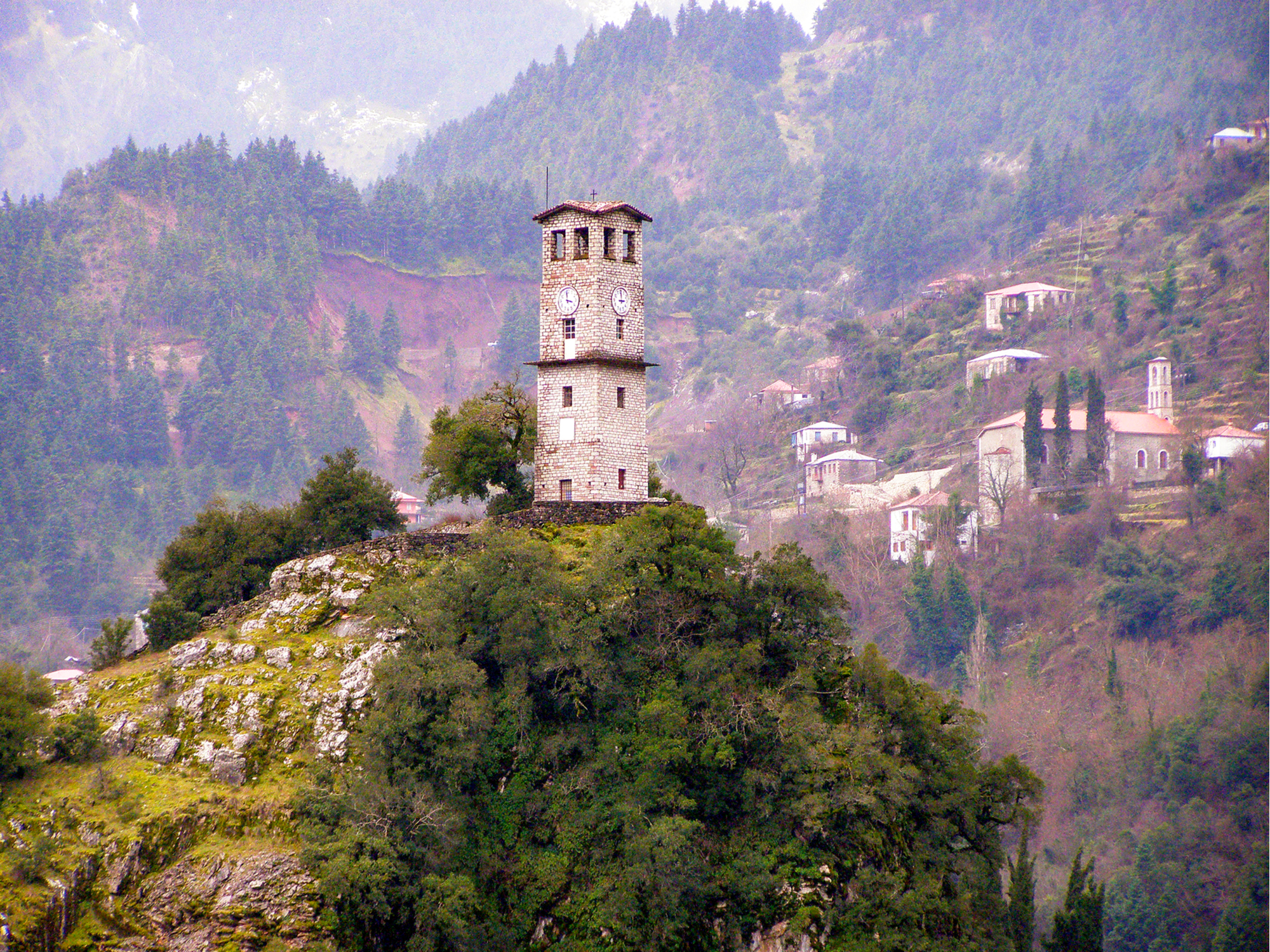 The “Always Rain” and the Steps of Virgin Mary
A short distance from Karpenisi, is located the narrow passage of Krikelopotamos: between two mountains, it looks like a gorge. It is a magical place with lakes, waterfalls, caves, dense vegetation, steep cliffs. It is located at the base of Kaliakouda and Mount Platanaki.
Also on the road from Karpenisi to Prousos, just after the crossing for Karitsa, 7 marks of white marble on the dark rock ascend to the slope and have the shape of a human footprint. Believers say that they are the traces left by Virgin Mary when she transferred her icon to the cave of Prousos.

The gastronomic treasures of Karpenisi
In Evritania, at the top of the list of local dishes are its traditional pies (cheese, cabbages, meat) with handmade crisp pastry sheet. The visitor, before descending from Karpenisi, should taste the local cheese “Tsalafouti”, trahanas, aromatic honey from fir, mountain tea and the river trouts.
For meat-lovers, a city center stroll is enough to enjoy local roast meat or boiled goat that will warm one up on cold winter evenings. Finally, local prosciutto from black native pigs is a viand of its own, as it is a delicious dish known since the ancient times, called “acrokolion”, and, nowadays, is produced in the village of Prousos. 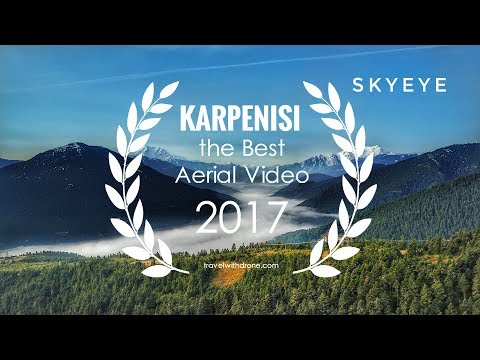