It is sculpted in the rock like a sculpture. Monemvasia or the “petrified ship” of the great Greek poet Yiannis Ritsos, who was born there, calls for direct boarding for a trip in time. It is a uniquely preserved medieval settlement in the Peloponnese with vaulted alleys, churches and mansions, dreamy beaches, traditional tastes and wine.

Also known as the “Gibraltar of the East”, Monemvasia is a small island, connected to the mainland by a narrow strip of land, a bridge that coexists with the marine element of Myrtoan Sea.

One of the most romantic destinations in Greece, the charming Monemvasia enchants its visitors with its Byzantine fortress. Immense walls protect a settlement of unparalleled beauty, old mansions proudly gaze at the deep blue sea, narrow cobbled streets lead to historic churches and a romantic atmosphere fills you from the very first moment you enter the famous Castle of Monemvasia. 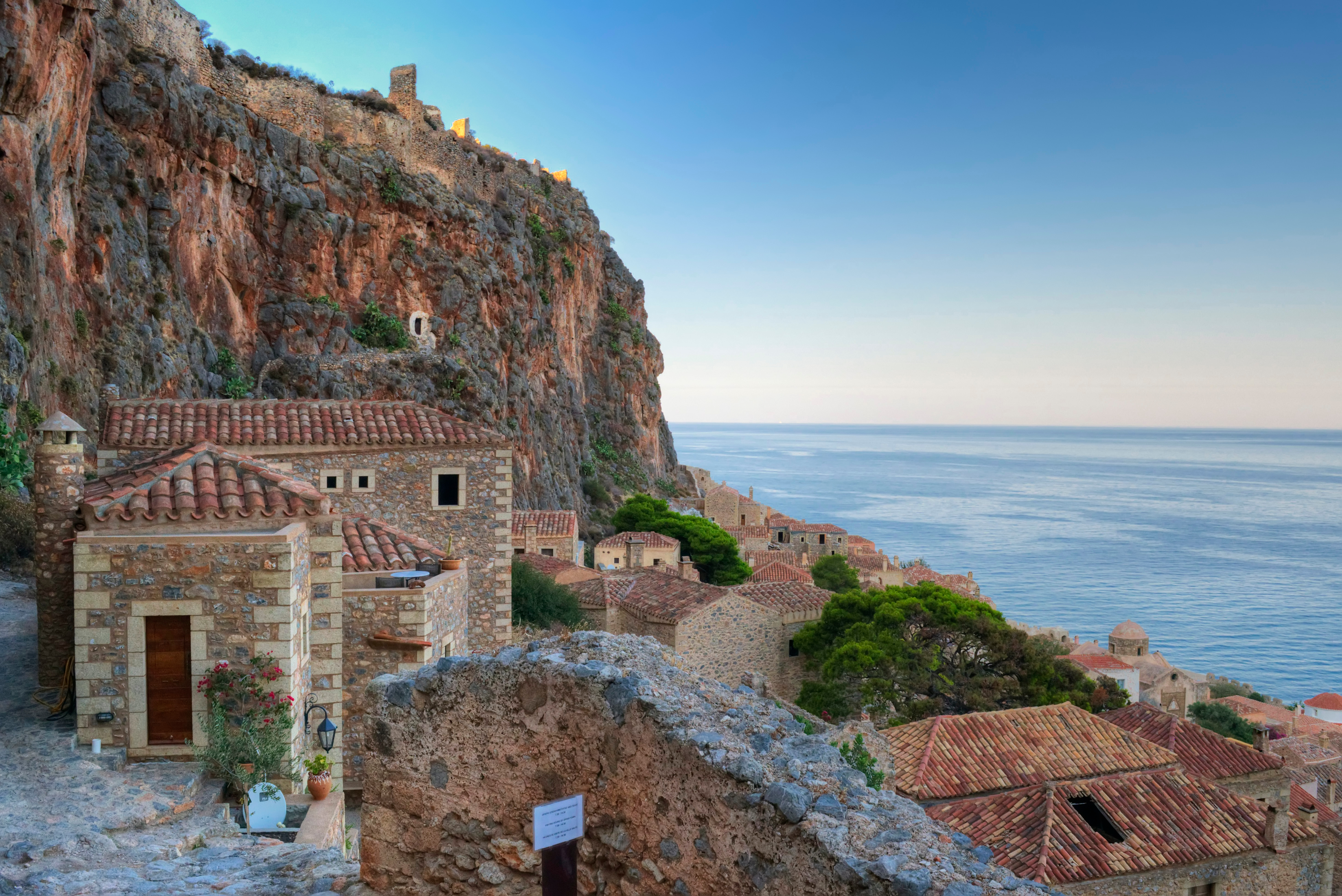 Entering the rock from the only entrance (“μόνη έμβαση” means “the only entrance” and that is where its name was derived from – begins the journey to the past, from the 6th century, when it was first inhabited, until today. The central cobbled path of the castle shows the way the visitor should follow to discover every aspect of this lively and well-preserved castle.

The medieval walls surround it, and the great rock, built in its embrace, protected the city from the conquerors, making it invisible from one side. Entering the castle, a small alley on the left leads to the house of the poet Yiannis Ritsos, outside of which there is his bust. 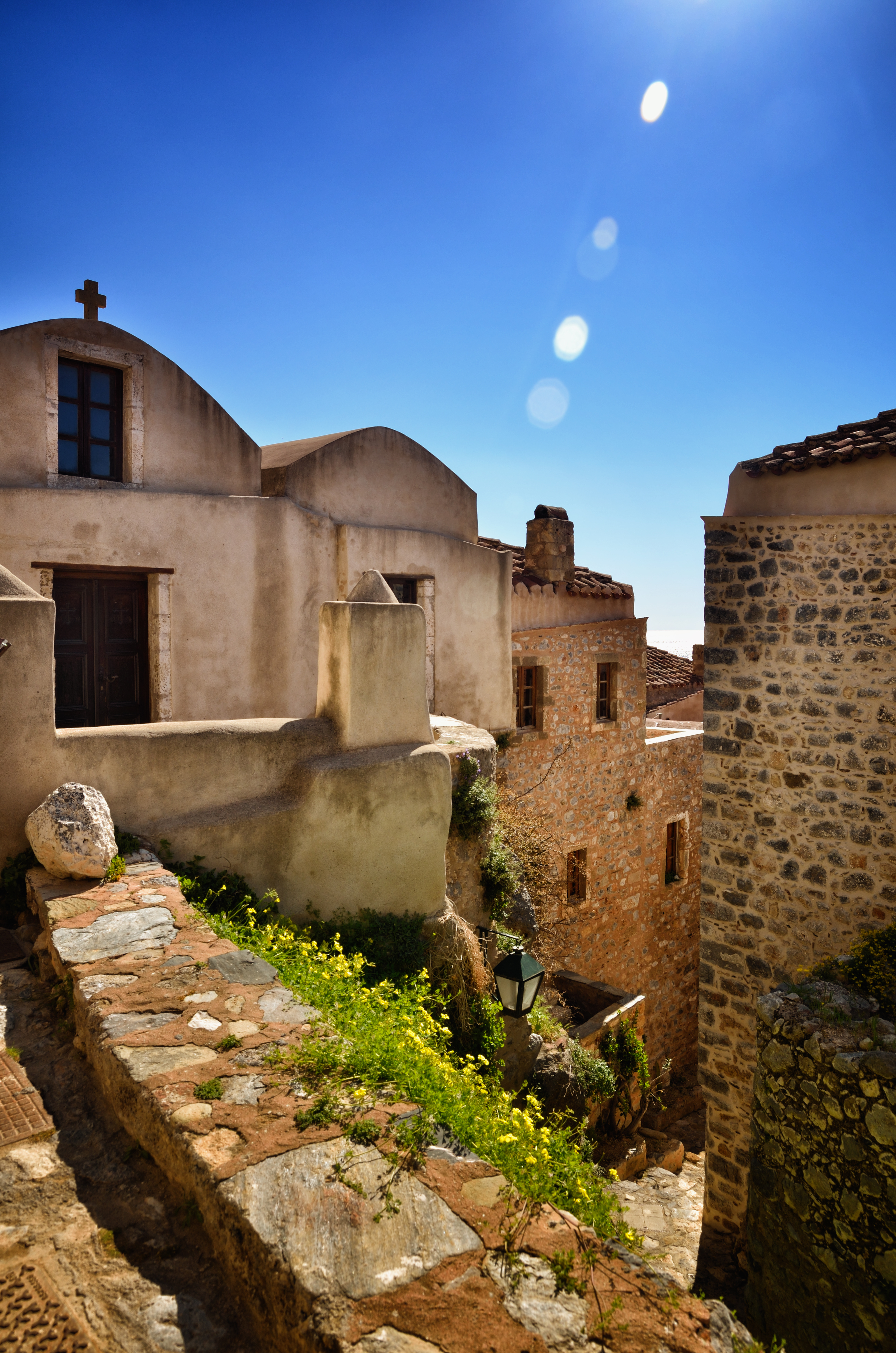 The road points to the great plateau of the Church of Elkomenos Christ, with the characteristic cannon standing outside of it. Dedicated to Christ, who is drawn to the martyrdom, the imposing church hosts some rare post-Byzantine pictures, and its main feature is the complete lack of frescoes. Across from it, is the historic building of the 16th century, where the Archaeological Collection of Monemvasia is housed.

Forty churches are hiding in every corner of the settlement, with Panagia Chrysafitissa, dominating in a beautiful large opening, and Panagia Myrtidiotissa, Aghios Nikolaos, Aghios Stefanos being among them.

Taking the road to the upper city, the so-called “Goulas”, it is worth stopping in many places, where a plateau is created and the view of the castle can be admired wonderfully from above. 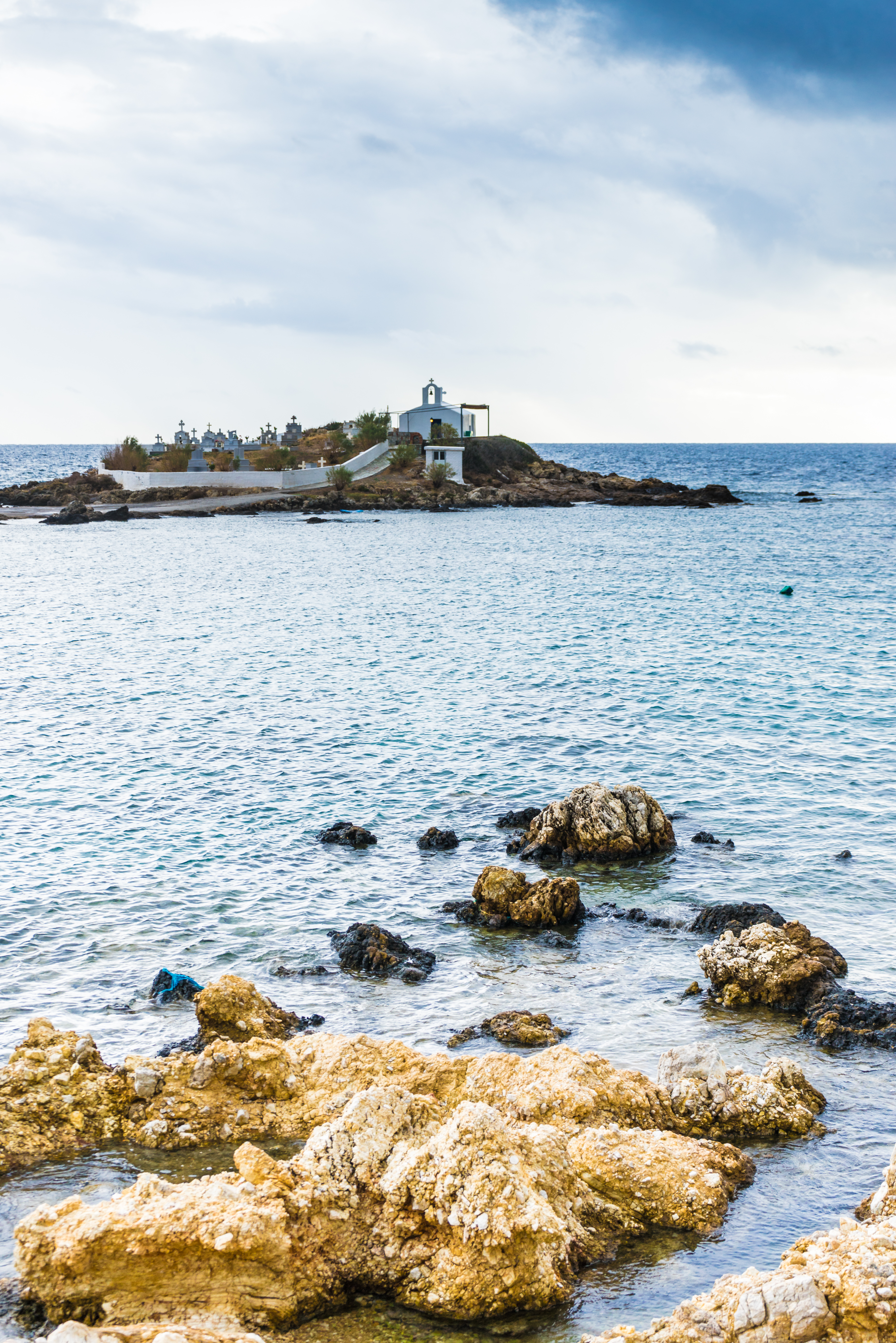 The unique aesthetic stone buildings with tiled roofs, sketch a city like a painting, while the highest point of the rock dominates the church of Hagia Sophia, the most impressive building of the upper city. The church was built in the 12th century and is one of the most important temples of the Middle Byzantine period in the Peloponnese.

The modern city offers the opportunity to enjoy high-quality tourist facilities that satisfy every need, while the handmade pasta of Monemvasia, called gougos, satiades, fried cheese pies and herbs and the sweet wine, Malvasia, the authentic flavour of Monemvasia or the nectar of the high society of the Middle Ages, are tastes that one should not miss. 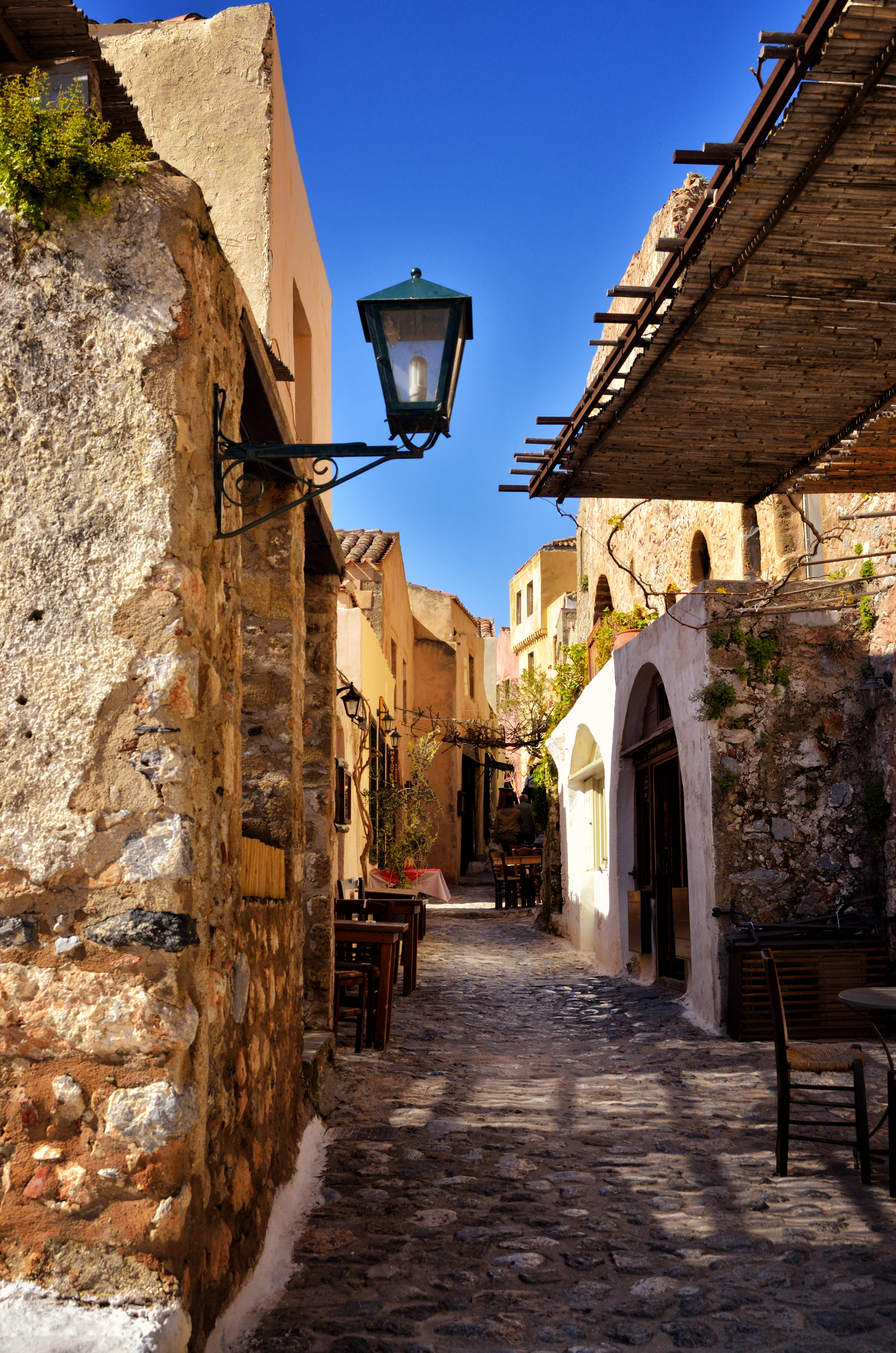 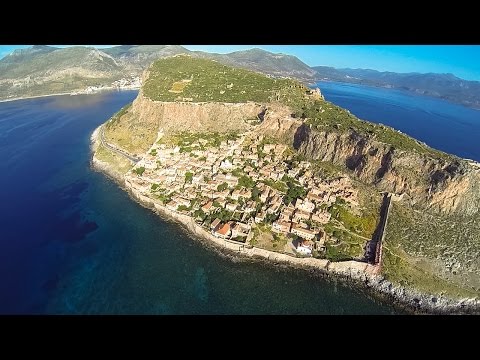