The island of the outstanding architecture

The beautiful Lesvos is a mosaic of emotions with rich flora and fauna, renowned olive groves, nice, Mediterranean climate, spas and unique petrified forest. The third largest island of the Aegean with its “cinematic” waterfront, the mansions and the wetland of Kalloni, with the medieval castles and amazing examples of industrial architecture (mills, soap makers, tanneries) from the industrial development of the island is a kaleidoscope of images that impresses every traveler. 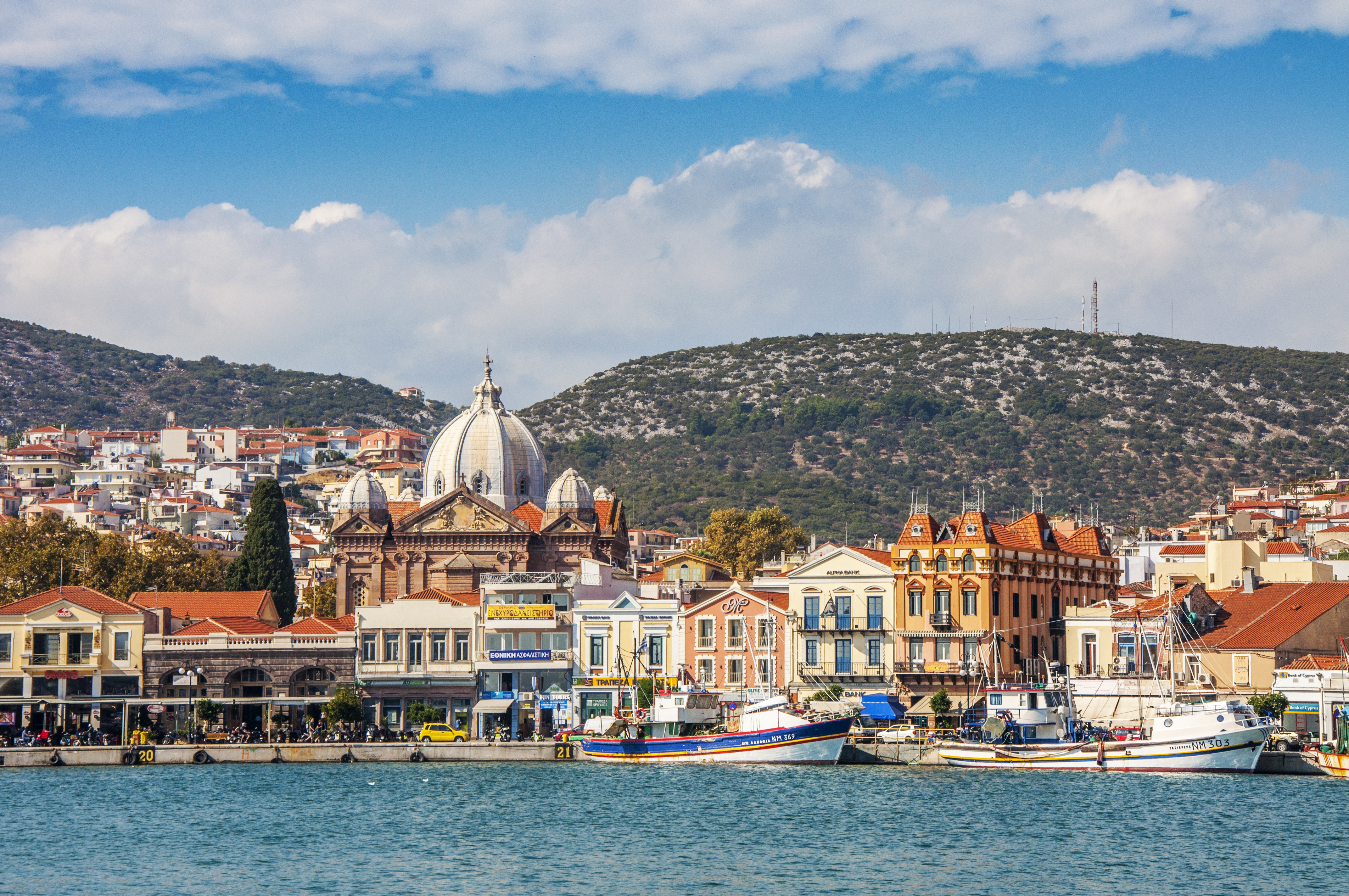 The true capital of the island of Lesvos and an important attraction for visitors to the eastern Aegean, Mytilene, unfolds its old mansions along the waterfront. It puts the imposing church of Agios Theraponas in the middle and is crowned by the castle on the top of a pinecone forest.

As a spiritual and commercial center of the island, Mytilene, offers visitors the opportunity to spend many interesting days looking for sights such as the ancient theater, the Ottoman baths, the Yeni Mosque, or admiring dozens of neoclassical mansions and discovering rare treasures in the Archaeological Museum, libraries, galleries, folklore exhibitions and art exhibitions. 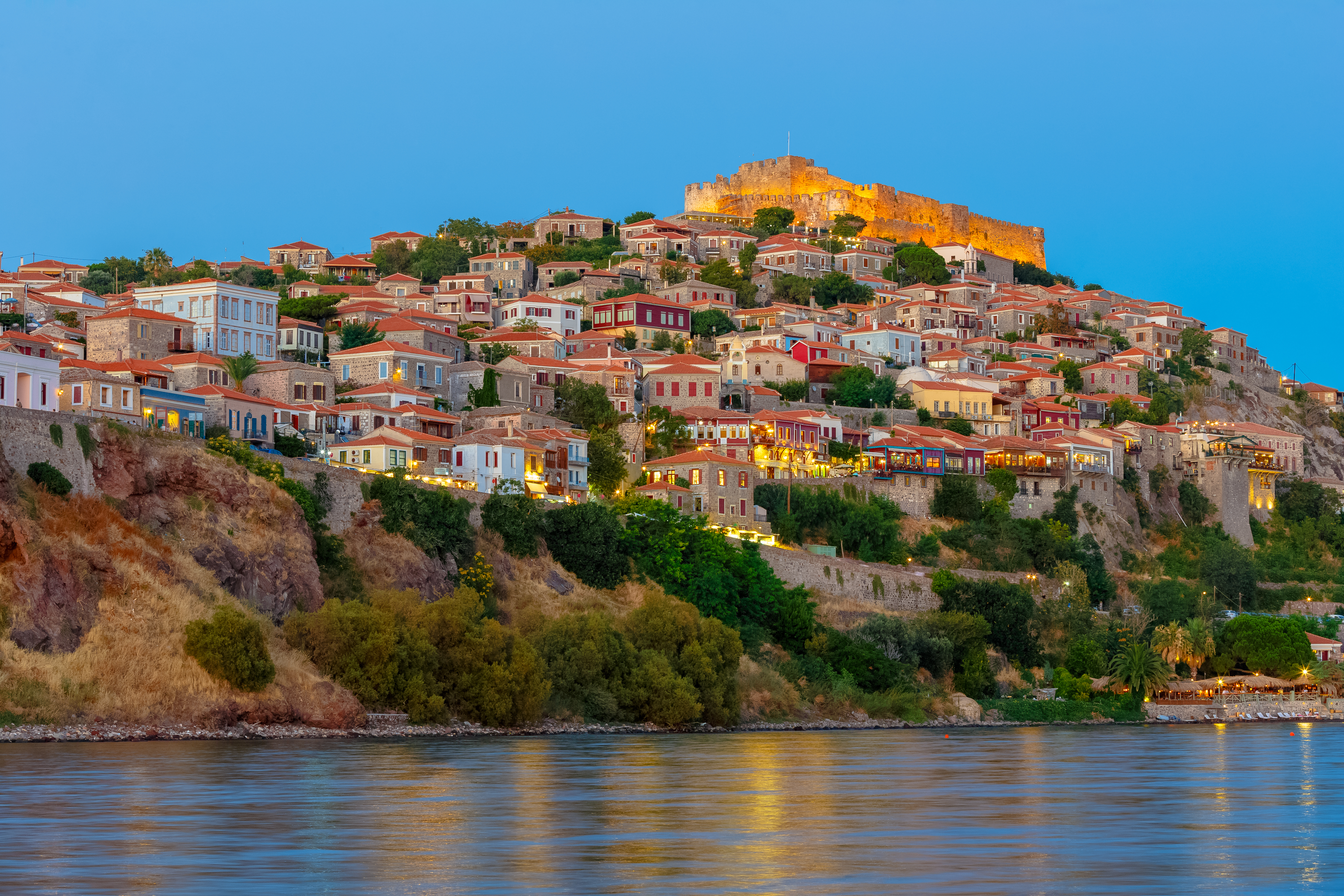 The Castle (or Fortress) of Mytilene is located on a hill north of today’s harbor, in a peninsula, which, in ancient times, until the first Byzantine time, was an island and was separated from the land by the Strait of Euripus of Mytilene. The original fortress, designed in the 5th century by Justinian I, is believed to have been built on an ancient Acropolis, the form of which we do not know. Its present form, however, the fortress began to acquire it from Francesco I Gattilouzi (Fragisco Gatelluzo) in 1373, and continued by the Venetians and the Ottomans. When the island was incorporated in Greece on 8 November 1912, the castle was used as a source of building material for the construction of refugee residences, which gradually led to its destruction.

Molyvos can only be compared to the most beautiful medieval castles in the world and, together with Monemvasia in the Peloponnese, stands proudly, clinging to the side of a cliff overlooking the Mediterranean. The structure and architectural design of the city and castle of the Gatelouzos (13th century) have remained unchanged over time. Walking in the narrow streets, one can admire the stone-built houses, made of stone and wood and painted in bright colors, the mansions with the colorful porch windows, as well as the scattered elaborate Turkish fountains. In combination with the imposing Byzantine castle that dominates the region, the whole area creates a picturesque and romantic environment. 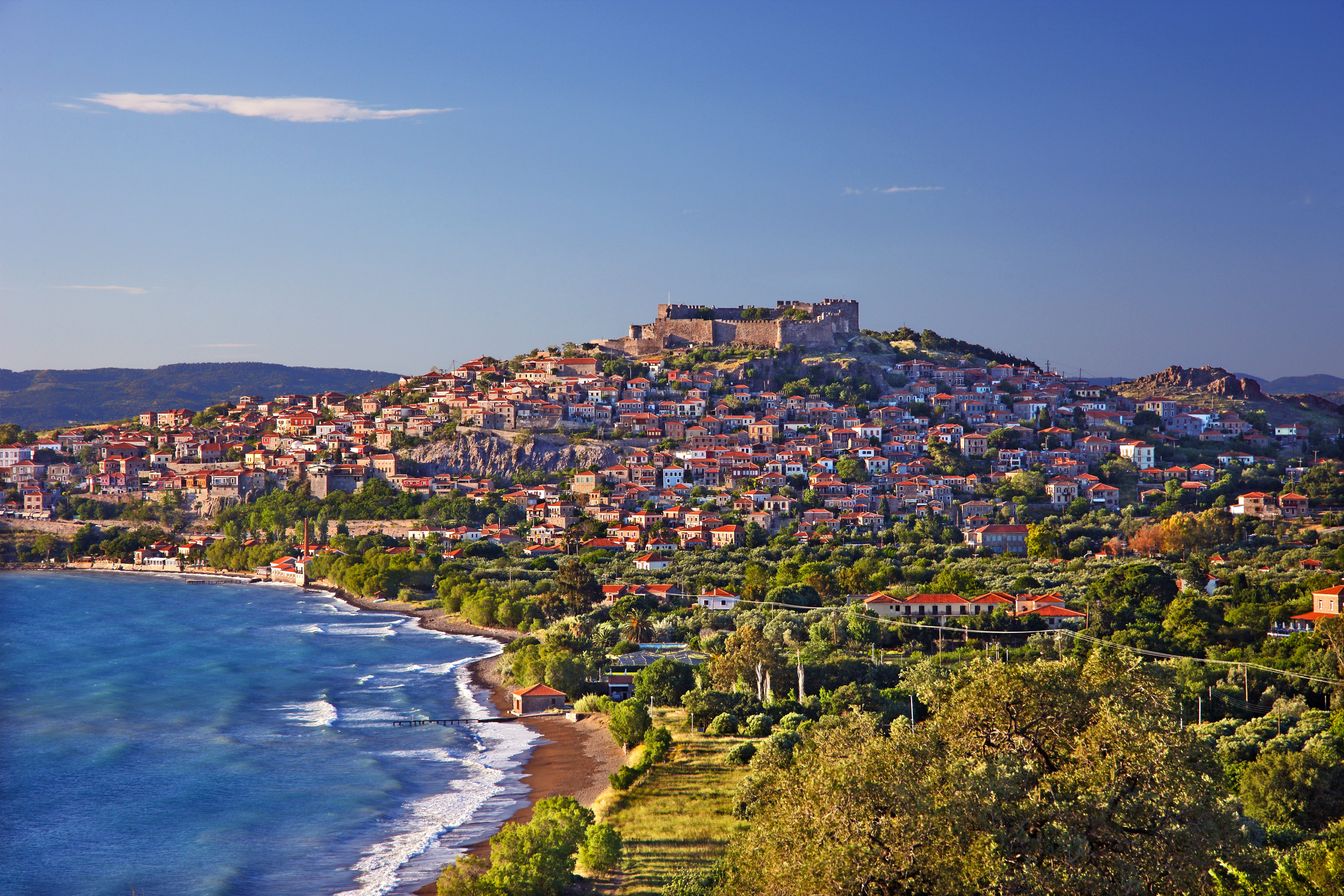 The beaches of Lesvos are the jewel of the island, as their unparalleled beauty forms a drawing of an aquatic paradise with crystal clear waters and unique diversity, where one lives endless moments of summer magic. Also, due to this particular purity and the enormous richness of the seabed, the seas of the island are a pole of attraction for those looking for underwater exploration.

The signs of time have been carved into the rocky trees that lived millions of years ago, in a stationary world, so vibrant and so one-of-a-kind, with brilliant colors and superb luster. The Petrified Forest of Lesvos has been declared a prestigious monument of nature since 1985 and is considered to be one of the world’s rarities. 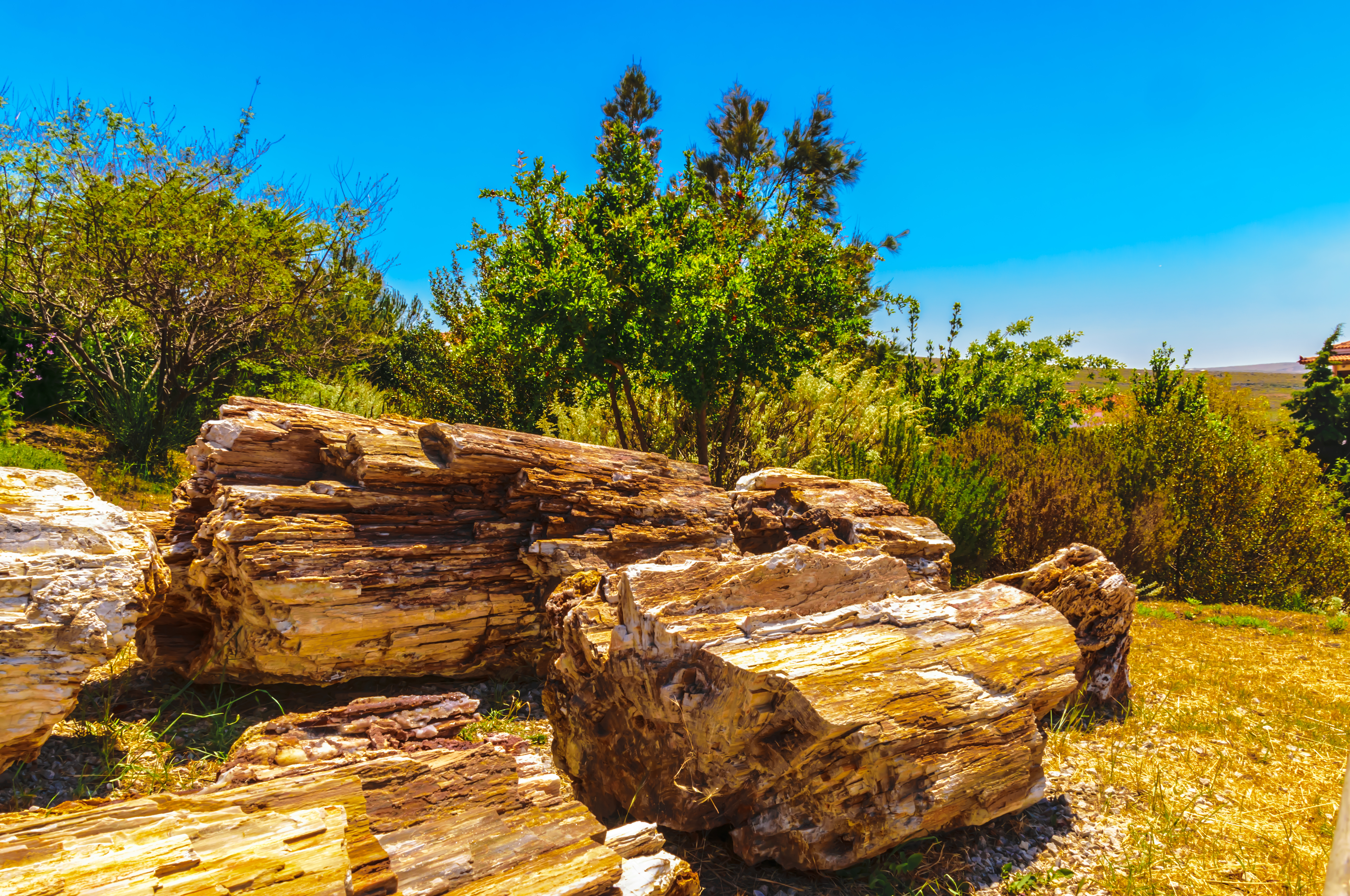 Lesvos’s contribution to the arts and letters has been invaluable, as prominent personalities have been born of Greece there, such as Arion, Terpandros, Theophrastus, Sappho of the Ancients, and Theophilos, El. Venizis, Myrivilis, Arg. Eftaliotis (Kleanthis Michailidis).

More than 252 different species of birds find shelter in the wetland of Kalloni of Lesvos, which is among the ten most important wetlands in Europe for the variety and uniqueness of the species.

The beauty of the island offers not only unforgettable images, since somewhere in the midst of brushwood, rocks, geological sculptures that emerge from the sea, there are the well-known, warm waters of Eftalou, the waters of the spring that stream undersea, at a temperature of 43.6 to 46.5 degrees Celsius, and are offered exceptionally for the treatment of many diseases. 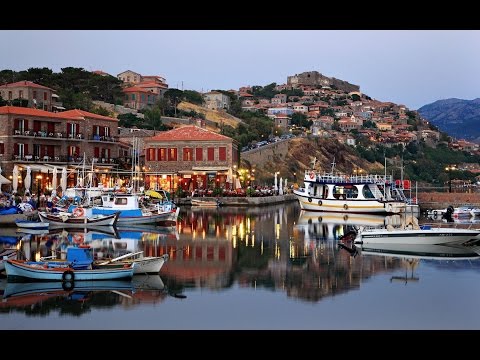