The island that travels in the past

There is no other place like the second largest island in the Dodecanese; Karpathos keeps the secrets of the Mediterranean well hidden, in ancient states, in caves, in churches, even in costumes. It offers generously its everlasting breathtaking landscapes, as well as its villages which are tacked in the mountains. It is ideal for hikers-tourists, since it is adorned with forgotten ancient lands, settlements without roads, without electricity, without modern interventions. Surprising landscapes and cobbled streets, vibrant customs, music and fairs with feasts, lyres and bagpipes, where men and women sit separately. Fields that are still rendered with a sickle and, suddenly, the visitor is lost in other ages, past ones, but deeply engraved in the infinite soul of the island.

Pigadia is the capital of Karpathos, where the port of the island is located. There, one of the ancient cities of Karpathos was built, Posidio or Posi, in honor of the god of the sea, Poseidon. Still, there are parts of the ancient Acropolis and the Cyclopean walls that protected it. Nowadays the town of Pigadia offers all the comforts of a capital to the inhabitants, but also to its guests. Without a doubt, in terms of tourism, it is the most well-organized area of the island. Cafeterias and restaurants next to the sea allow one to enjoy unique flavors, overlooking fishing boats.

In close proximity to its center, there are clean and organized beaches such as the endless beach of Vrondos, Kyra Panagia, Agios Nikolaos and Ammopi, while one can also visit the ruins of the early Christian church of Agia Fotini located at the “Afoti” site, which, according to historians, is built on the ruins of the Sanctuary of the Dioscuri. In addition, the chapel of Agia Kyriaki offers a spectacular view of the sea and the lush forest. 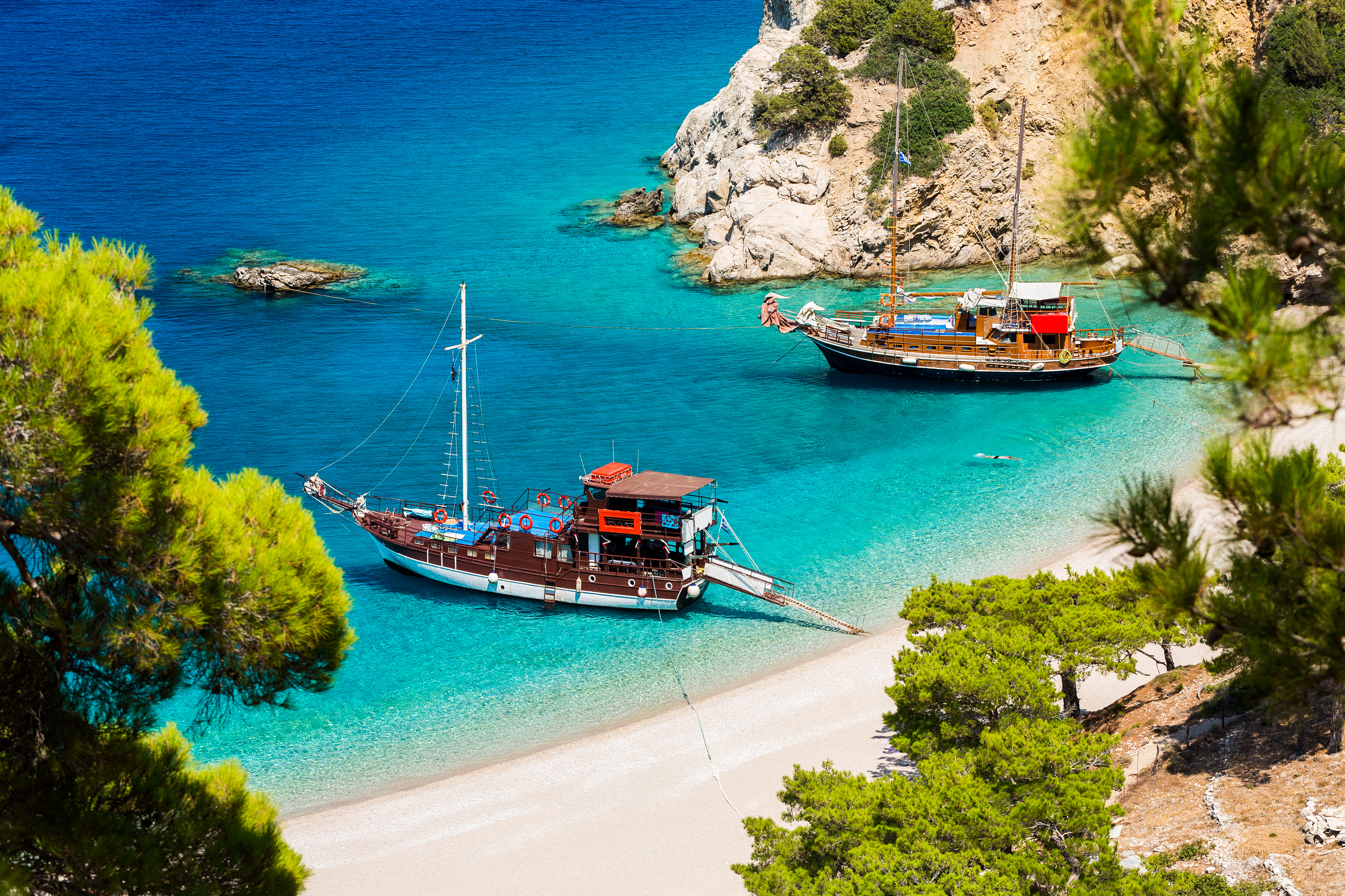 The eagle nest on time’s spine is Mount Olympus, exposed to the Pelagian winds, on a rugged and steep back. Its houses descend the ridge, tightly “tied” to each other and “wedged” firmly on the rock to be protected against the pirates. The thousand-of-years customs, archaic linguistic idioms and special architecture make the settlement a lively folk museum. It is a real sight for sore eyes, a medieval settlement (of the 9th century) that resists time. Perhaps the most impressive of the Aegean.

The seaport of Olympus is the picturesque fishing village of Diafani, the second one in the island. In the mountainous Aperi, the ancient village that was the capital and spiritual center at the top of the hill, was the acropolis of ancient Karpathos, a place that has a beautiful panoramic view. Anyone can be charmed in the green valley with the labyrinthine alleys, the whitewashed courtyards and flowery bougainvilleas and the hiking routes on the Lassos plateau, full of farmhouses and picturesque chapels.

Othos, the tallest village on the island, built amphitheatrically at an altitude of 510 m, which often seems to be lost in the clouds, is worth seeing, as is the traditional Karpathian house, the Folklore Museum and the famous traditional feasts for St. Panteleimon (July 26-28) and Saint George of Methystis (November 3rd). 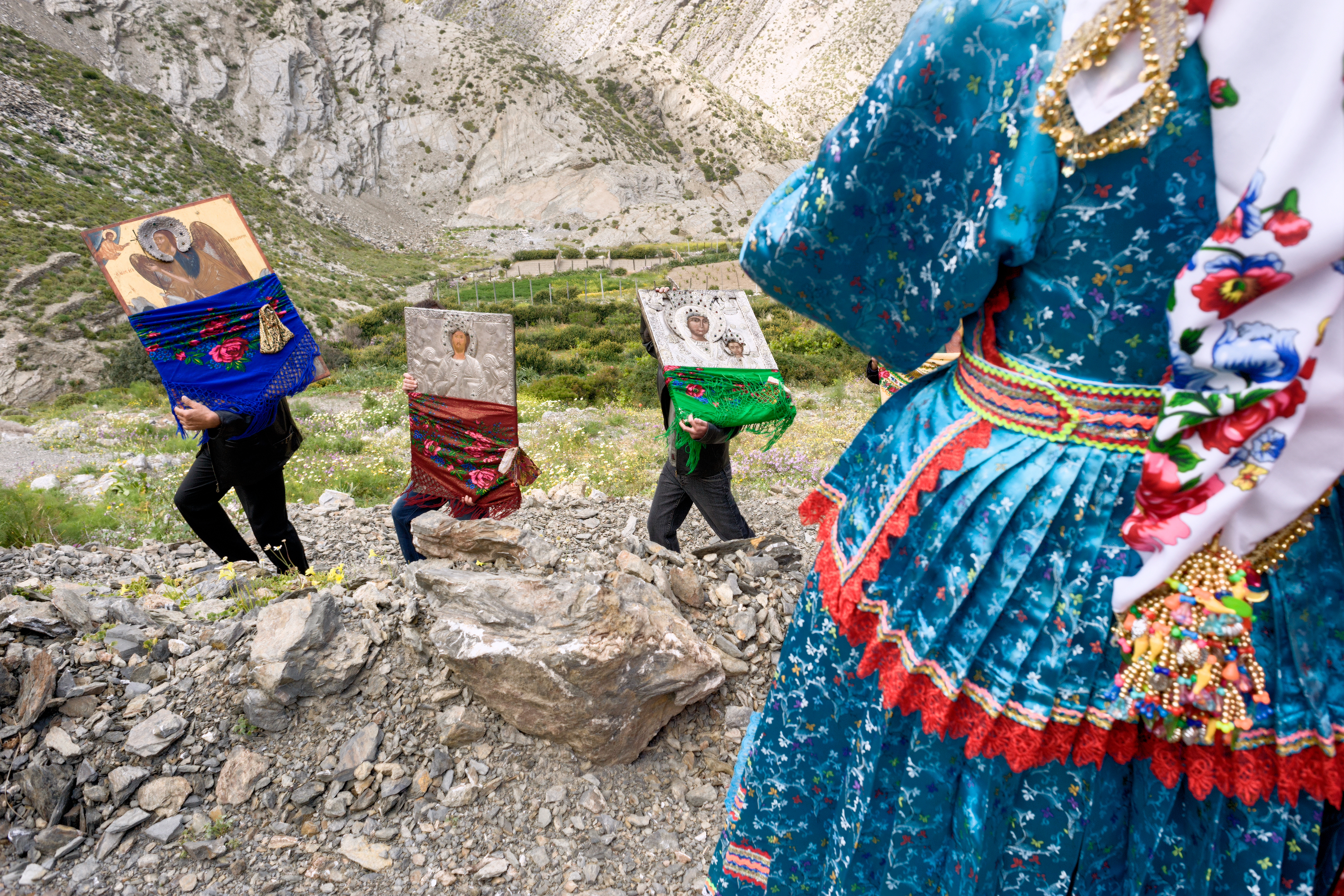 In Lefkos, one of the most popular seaside villages with sandy beaches, there is the Acropolis at Pelekito, the church of Agios Georgios (13th century) and Sokastro, an island that once was a peninsula with Byzantine and medieval ruins. In the romantic Mesochori with the unobstructed view of the sea, the traditional Karpathian houses with the pebbly courtyards impress. In Menetes, from the colorful “eagle nest” built amphitheatrically on the slope of Prophet Elias, the church of the Assumption of the Virgin Mary, which is the most famous of the island and the most important archaeological collection of vessels, sculptures and icons that have been found in the area, is visible.

Arkasa dominates the hill of Palaiokastro with relics from ancient times, Venetian domination and Ottoman domination, while the Archaeological Museum and the early Christian basilica of Agia Anastasia (4th c.) with magnificent mosaics are situated there.

Early Christian royal churches, ancient Vrukounta and ancient Archeia, the Roman Tank in Lefkos, the ancient chamber tombs in the city of Karpathos or Arkasa, as well as the scattered constructions of the Italians, the bridges, the aqueducts, the springs, the windmills and Olympos’ ovens offer the opportunity for countless journeys in time. 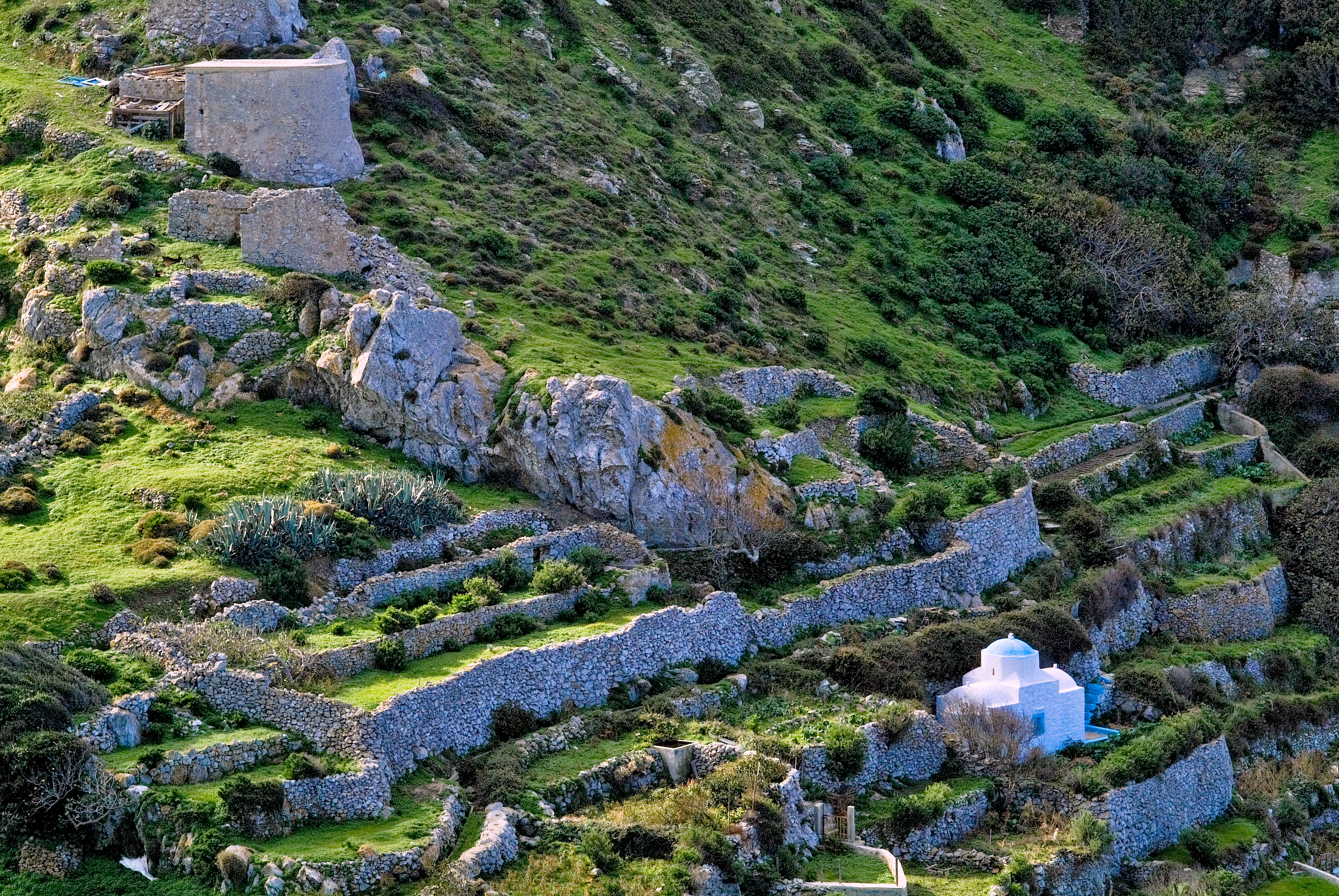 Whether organized, more isolated, pebbly or sandy, the more than 20 beaches of Karpathos surely compensate for their crystal-clear aquamarine waters, while the island’s boat ride is an experience that you should not miss. The most famous are the sandy beach of Kyra Panagia and the pebbled Achata with the enchanting underwater world, the organized beach Ammopi, ideal for water sports lovers, Apella, the most beautiful and award-winning beach of Karpathos and one of the best in the Mediterranean, with the emerald waters and the golden sand, the “alternative” beaches of Agios Nikolaos and Agios Georgios in the settlement of Arkasa, Afiartis, a favorite choice of windsurfers, and Diafani, where one can take the boat for the uninhabited, little island of Sharia and explore its beauties.

Birds love the North, above Mount Olympus and far away to the Sharia Island, but also do seals, frogs and salamanders, large and delicious fish that are not easily caught. There, the Palaces of doric Nisyros are built, the sacred ancient Vrukounta and the exotic Tristomo. Thus, Karpathos, along with Sharia, is one of the most important islands for the protection and conservation of rare species and habitats. With two areas in the Natura 2000 network, it is considered to be an area of importance for birds and the protection of the Mediterranean monk seal. 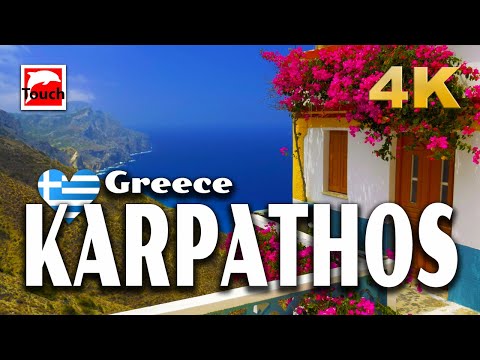