The exotic island of the Cyclades

The most exotic island of the Aegean and the most impressive of the Cyclades, with the volcanic rocks to dye the rocks on the beaches red, pink and orange, with Sarakiniko and Kleftiko, the white rocks, the green waters and the caves to tell stories about pirates. The catacombs, the “tropical” beaches, the colorful climate, Empurios and Mandrakia with the cave buildings for the boats and the sunset at Plaka make Milos a unique vacation destination.

The statue of the deity of love In her land was found on it, and just like the goddess Aphrodite, the island of Milos is characterized by eroticism and unparalleled beauty. Idyllic landscapes, countless dreamy beaches and picturesque settlements make up an impressive landscape that should not be missed from anyone’s list.

The first sight to see, as one approaches by boat, is Adamas, the main port of the island, with the charming Cycladic alleys, the whitewashed houses, the blooming courtyards and the main meeting point when it comes to the nightlife of the island.

A walk in the picturesque, colorful settlement on the water where the harbor of the ancient Milos was located is something that is worth seeing, since it is one of the most special settlements in the Cyclades. Thirty-five “wires” standing side by side, formerly cave-houses for boats, have now been transformed into holiday homes, which at sunset become an ideal landscape for photography lovers. 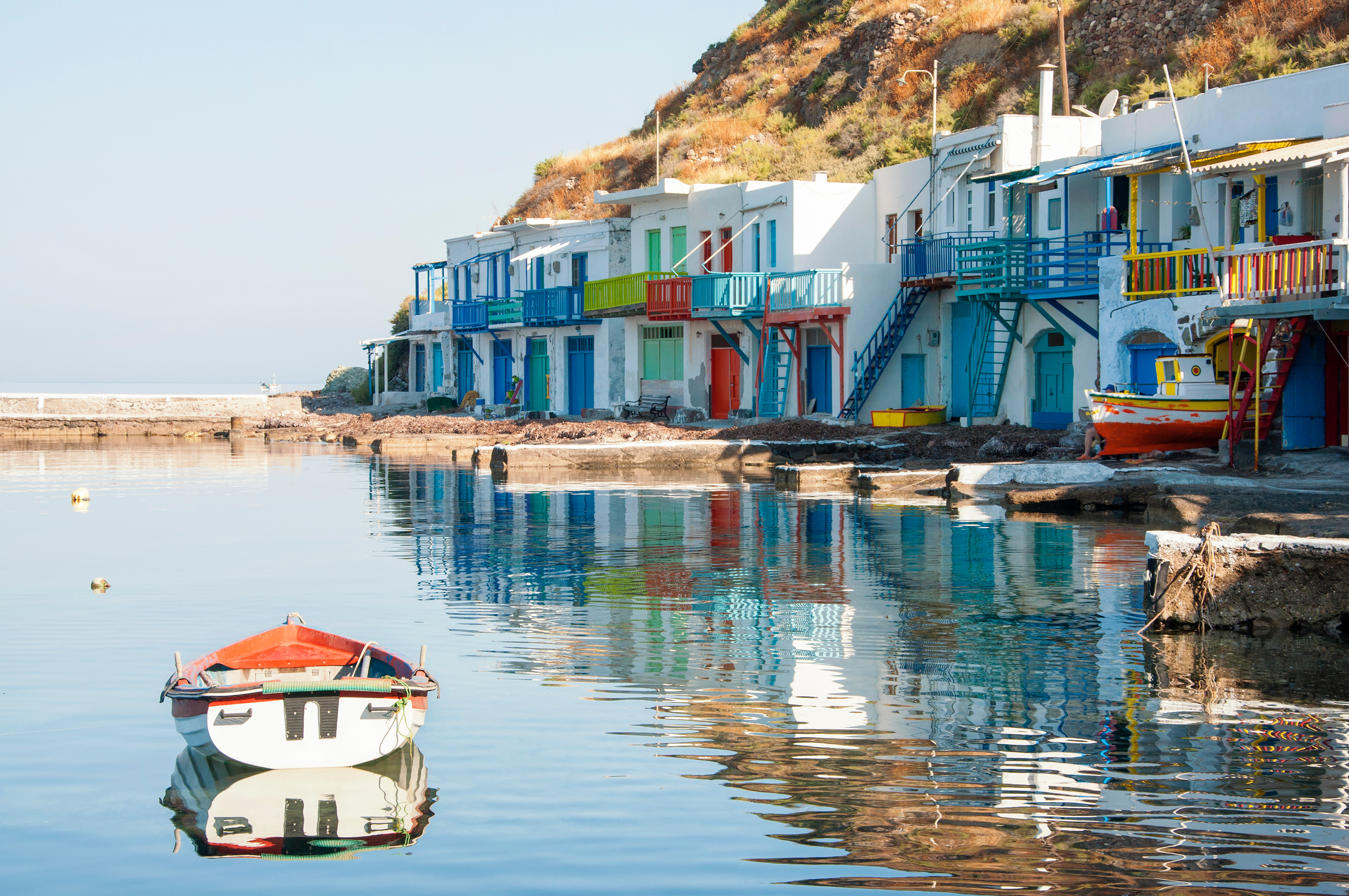 One of the most spectacular sunsets in Greece can be seen in the capital of the island, Plaka, which was built in 1800 by the ancient stones of its castle. The uphill to its ruins leads to the panorama that offers the courtyard of Panagia Thalassitra, where the view of Adamas Bay is breathtaking, as the sky is being brightly colored while the sun lowers giving its place to another summer night. There, apart from restaurants and cafes, one will find the Milos Archaeological Museum, where there is the impressive statue of Aphrodite (a copy of the original from the Louvre Museum).

Milos has about 70 beaches – some of which are characterized as the best in the Mediterranean, since the colors of yellow, orange, red and blinding-white rocks are combined with the green-blue and turquoise waters, sculpting majestic beaches. The volcanic land of Milos gave birth to a spectacle beyond imagination; virgin landscapes, reminiscent of the Moon, caves, pirates’ shelters and crystal waters.

Particularly worthy of one’s time is the tour of the island with one of the sailboats departing from the port of Adamas daily, since the enchanting the landscapes, the caves, the diving on beaches that are only accessible by sea, are moments that indelibly imprint in the mind. The most famous beaches are Kleftiko, with the spectacular gray-white rocks, a trademark of the island, as well as the Arkoudes, Sykia and Agathia.

Kleftiko, Papafragas, Sarakiniko and Katergo are some of the lairs the pirates of the Middle Ages had on the island of Milos. Their “traced” in Kleftiko are visible on the bridges of pirate ships that are carved on the spectacular gray-white rocks.

Moreover, with a boat, one can discover the “scenery” of the old sulfur mines in the east of the island, with the loggias, the iron bridges, the rails, the wagons and the old stone buildings. While following the road to Polonia, one can also find the archaeological site revealed by the archaeological excavation, the prehistoric settlement of Fylakopi. 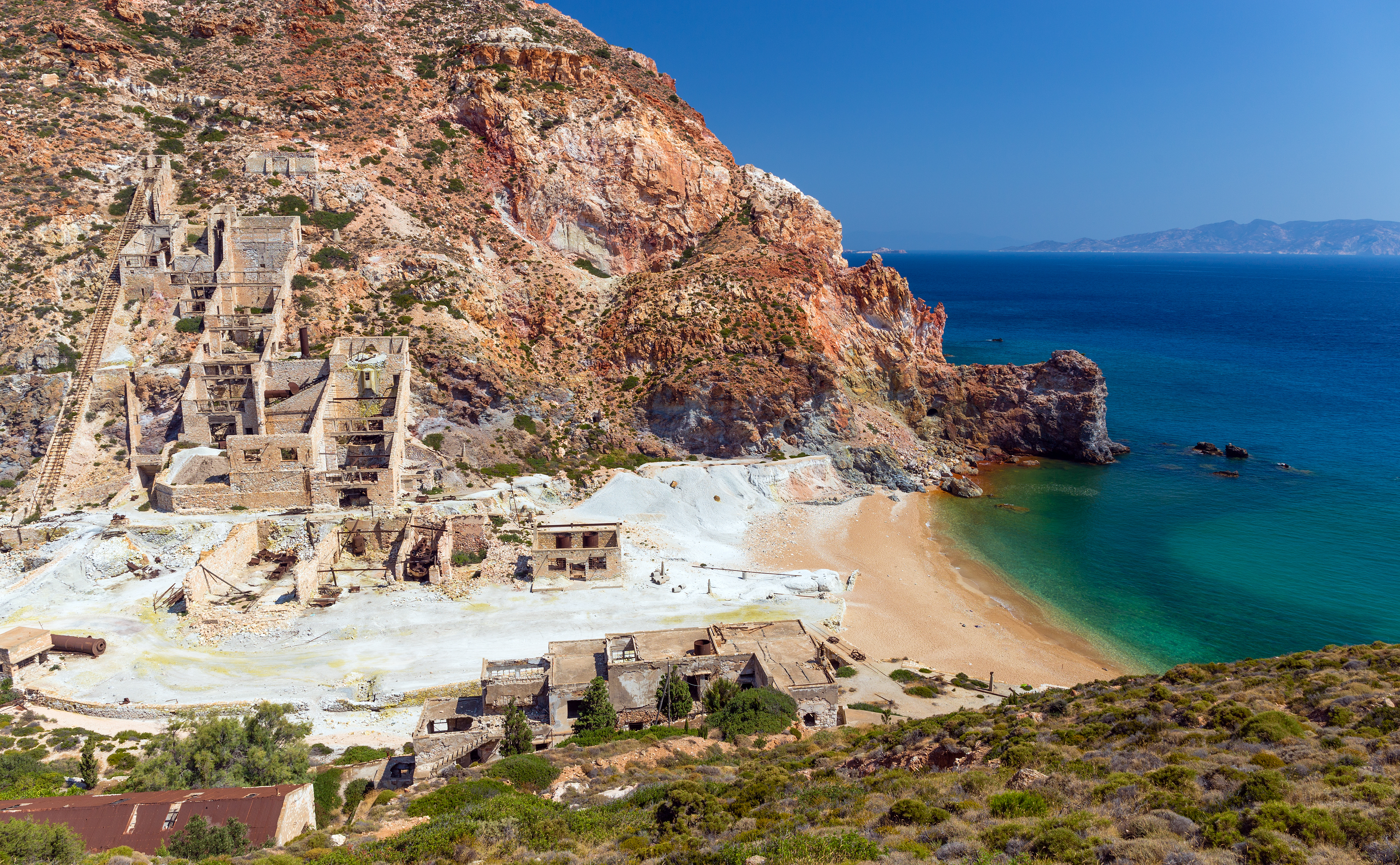 Near the village of Tripiti, on a steep slope, there are also the Catacombs of Milos, the place of gathering of the first Christians, for the fulfillment of their religious duties and the burial of their dead. They are unique in size in Greece and among the most remarkable worldwide, along with those of Rome and the Holy Land.

They were discovered by ancestors and became known after their arrest in 1840. They are three in number, and together with five corridors and a burial chamber are a labyrinthine system of a total length of 185 meters. They had entrances abroad, but today only the second catacomb is accessible, or the “Elders”, from where the visitor can enter. Inside the catacombs, right and left on the walls, there are the “archosolia” (sunken arches), where graves were opened in them, as well as on the floor. Today there are 126 archosolia, and it is estimated that thousands of dead people have been buried over the centuries at that point.

Milos as a volcanic island has warm soils, fountains and springs of hot water, of which the hot spring of Lakkos in Adamas, located in a cave, is recognized as a thermal spa of thermal importance. The water of the Lakos spring is recommended for degenerative osteoarthropathies, myalgia and neuralgia. 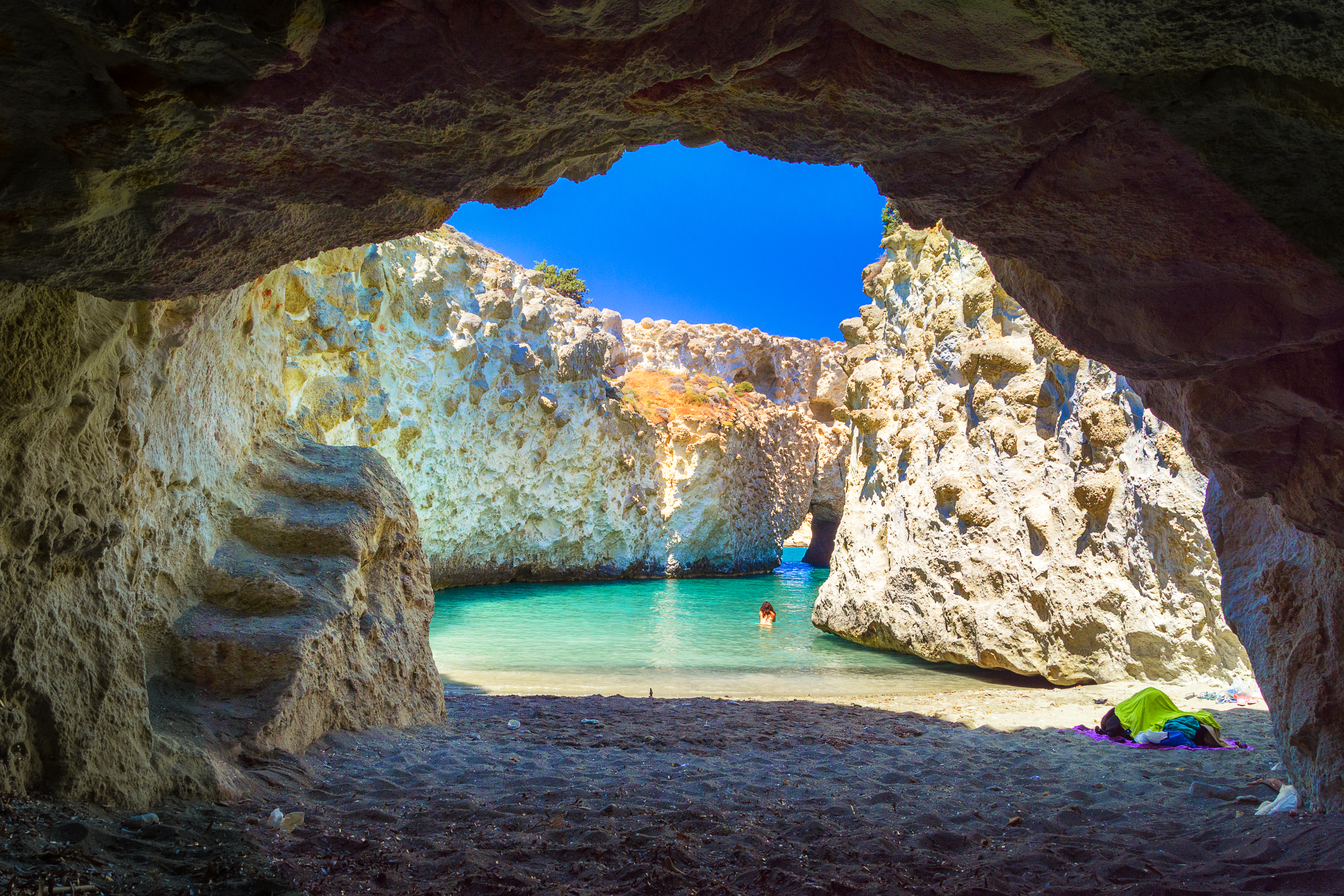 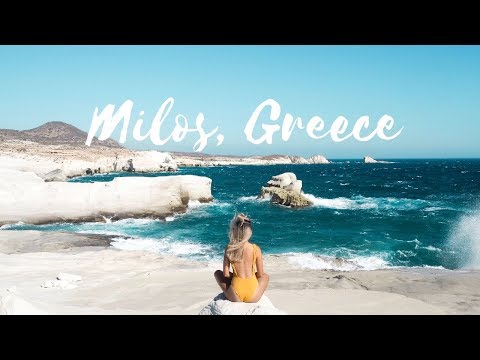