The island of the wind

Hills overlooking the seashore, cute, white houses with Cycladic blue shutters, charming streets, breathtaking beaches, sights, museums, the wind for a guide and an enviable nightlife that meets every taste. Paros is rightly considered one of the top holiday destinations and was named the best island in the world for 2018.

The beautiful Parikia, the capital of the island, is the village with the picturesque houses, the imposing neoclassical mansions and the wreath of the Venetian castle of the 13th century, along with the amazing view. In Parikia, there is one of the most important religious monuments in the country, the church of Panagia Ekatontapiliani or Katapoliani (6th century AD) with 99 known doors and one secret, according to tradition. The Baptistery (4th c.) is the best preserved in the Orthodox East, while saints’ paintings are preserved in the Byzantine Museum of Ekatontapyliani and its rooms. In the small chapel there are wood carvings and, in the third room, vestments, buckles, other ecclesiastical heirlooms and the wood-carved epitaph of Ekatontapyliani. In the two smaller halls, in special showcases, there are also α few silversmiths works. The remaining relics of the collection are kept in a cell of the band.

The road that connects Parikia to the village of Lefkes meets Marathi, a beautiful settlement. To the east of it, there are the ancient marble quarries where the famous Parian marble came from, a source of wealth for the island in all periods of history. Its main feature was clarity. The marble of Paros had been shaped by famous sculptors, such as Pheidias, Agorakritos, Praxiteles, Skopas in the past. A lot of masterpieces of the ancient times, including Aphrodite of Milos, Hermes of Praxiteles, the Daughters of Acropolis, Nike(Victory) of Delos, the Temple of Apollo, the Sifnian treasure in Delphi and the Temple of Zeus in Olympia, were created by it. It was called “lychnitis” (which is a derivative of the Greek word “lychnos” which means “oil-lamp”) because it was mined from deep galleries under the light of the lamps. The operation of the quarries ceased at the end of the 19th century and, today, one can visit them through two entrances. 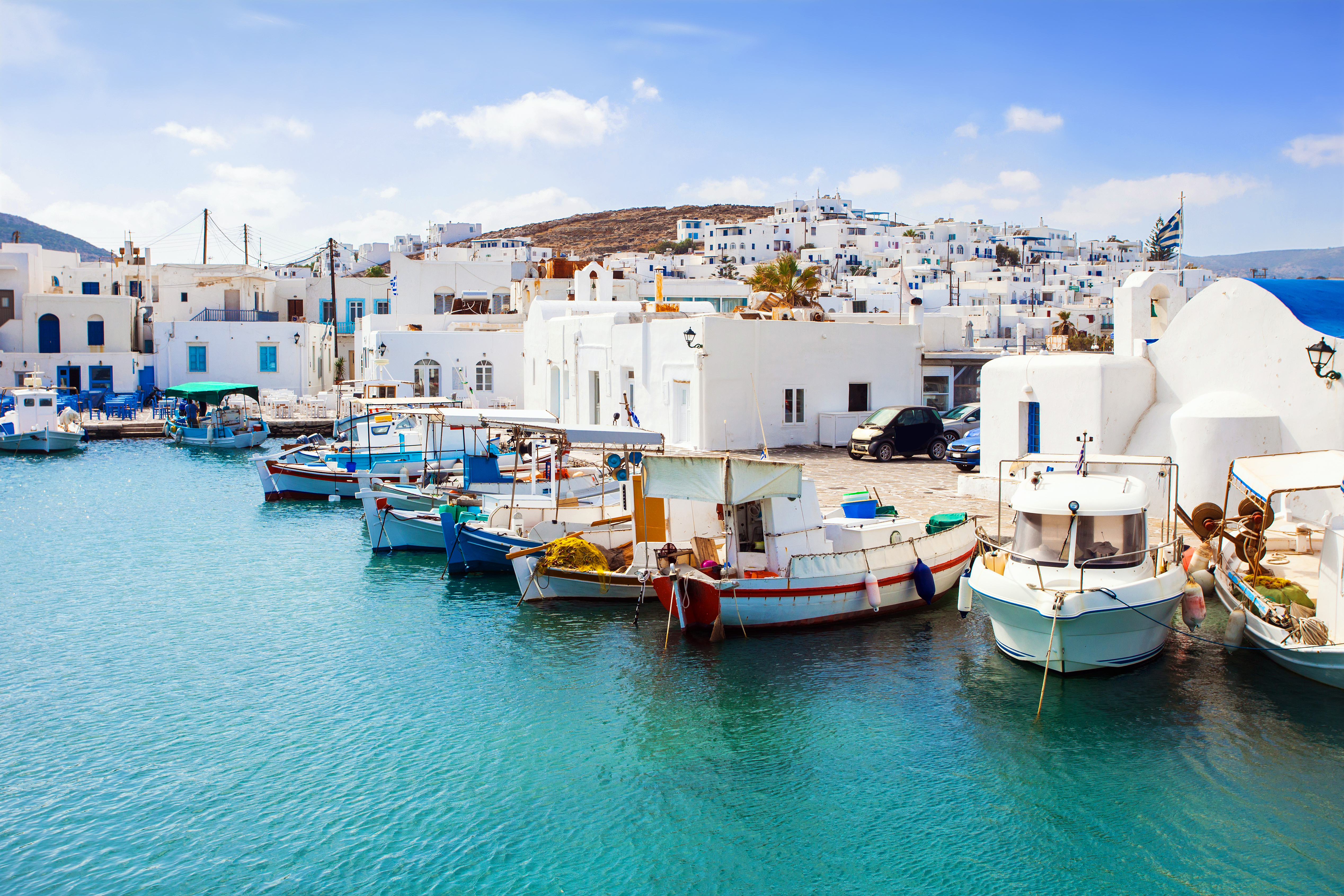 The two castles of the island dominate the most populous cities, with the Castle of the capital having been built by the Duke of Naxos, Markos Sanoudos, in the 13th century. On its tour, there are small churches to be seen, many of which were built in the walls, such as Panagia of Stavros (1514), Agia Anna, Agios Markos, Agios Stylianos and the magnificent architectural church of Agios Konstantinos with the sheltered courtyard and spectacular view of the sea, one of the most beautiful temples in the Aegean. The other one, the secluded Venetian Castle, which closes north of the port of Naoussa, is the work of the Sommaripa Dynasty (15th century) and is a special fortification project.

History lovers are able to visit at least five other museums apart from the one in Ekantopiliani, as Paros has six of them, bringing travelers to different times of the past by connecting them with both artworks and historical monuments.

Next to the Parikia High School, there is the Archaeological Museum of Paros, where Neolithic finds from the prehistoric settlement of Saliagos Island are exhibited, such as the marble figurine of the “Fat Lady” and wonderful clay vases. One of the masterpieces of the Museum of Paros is the statue of Victory (5th century BC), which represents a female feathered figure, and another is the statue of Gorgon of the 6th century BC. The archaeological museum of Paros hosts one of the most important monuments of Greek history, the “Parian Chronicle”, a marble inscription, engraved in the middle of the 3rd century BC. and includes chronological references covering a period of 1,318 years (1528 BC -263 BC) in 134 verses. Most of it is currently in the Oxford Museum. 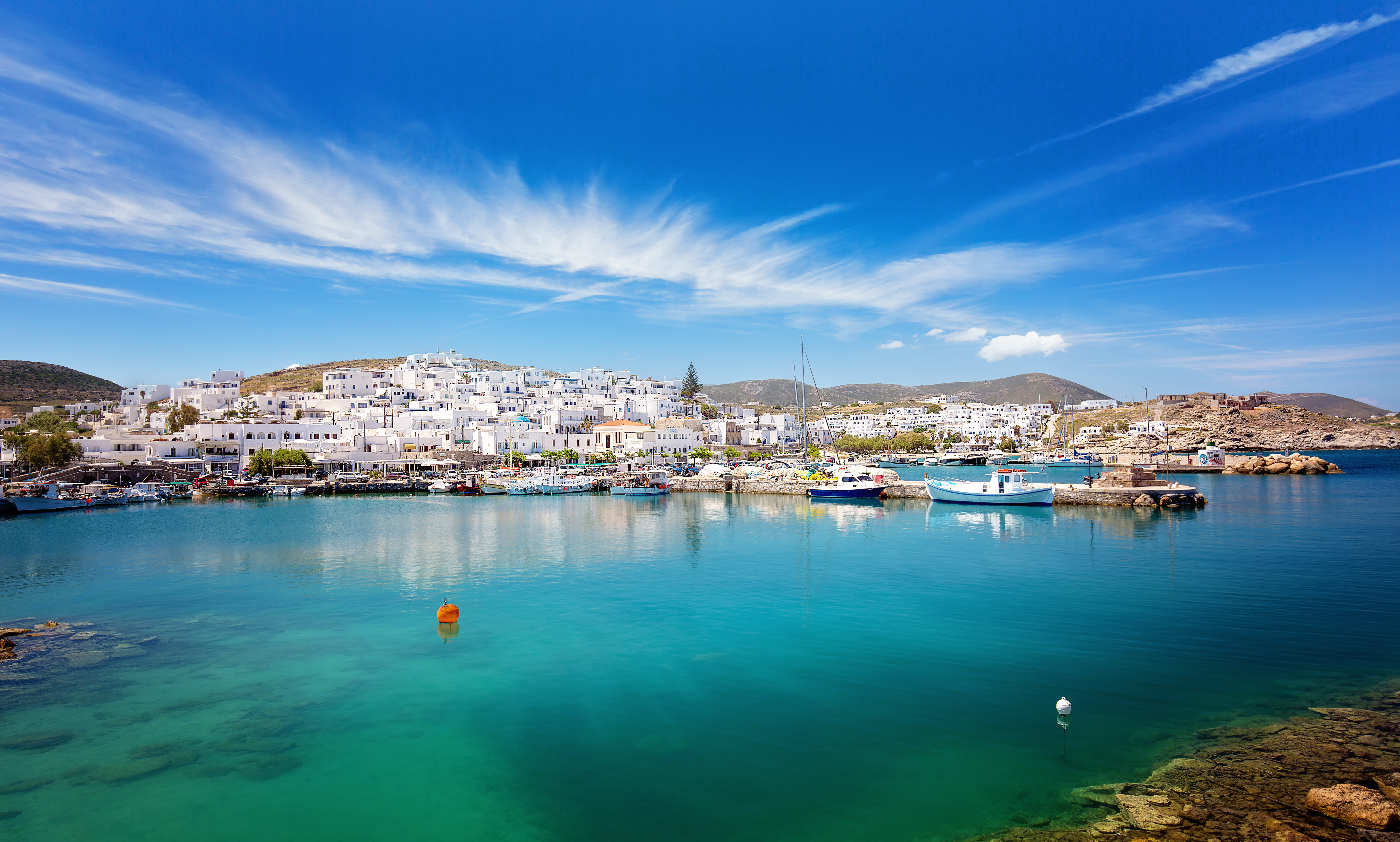 The Byzantine Museum of Naoussa is housed in the monastery of Aghios Athanasios (17th century), located at the western entrance of the city and hosts over a hundred Byzantine and post-Byzantine saint’s paintings (from the 15th to the 19th century), many of which are works of Parian hagiographers, while the Folklore Museum of Naoussa and the folklore collection, where traditional costumes from different parts of Greece are displayed, are of particular interest. The relatively new Marpissa Folkloric Museum, launched by the Marpissa community in collaboration with the Women’s Association, presents the traditional island house, both architecturally and in terms of decoration and furnishings.

Cycladic Folklore is located in Alyki, Paros, near the airport, in the estate “Scorpio”. The Cycladic Folklore of Benetos Skiadas is one of the most remarkable museums in Greece. The history of the Cyclades is crafted in large miniature ships and important buildings with unparalleled art and craftsmanship. Finally, the Popular Culture Museum of the Aegean, located at Lefkes Village, approaches the Aegean civilization through the exhibits of everyday life and traditional professions and promotes the “discovery” of a world that, in difficult circumstances, managed to live in harmony with its environment, respecting nature and man. Every year, thematic photographic exhibitions are presented at the Museum’s premises, while a rich library and a DVD / video archive complete the dip in the folk culture of the Archipelago.

Another place of special interest is the Ancient Cemetery, which came to light during the excavations of 1983 and is a great cemetery, dating back somewhere in between the end of the 8th century BC. and the beginning of the 3rd century AD. The Cemetery was found near the port of Parikia, on the coastal road and includes graves from different seasons. In the showroom next to the cemetery, the visitor can admire the interesting finds, as well as pictures from previous and recent excavations. 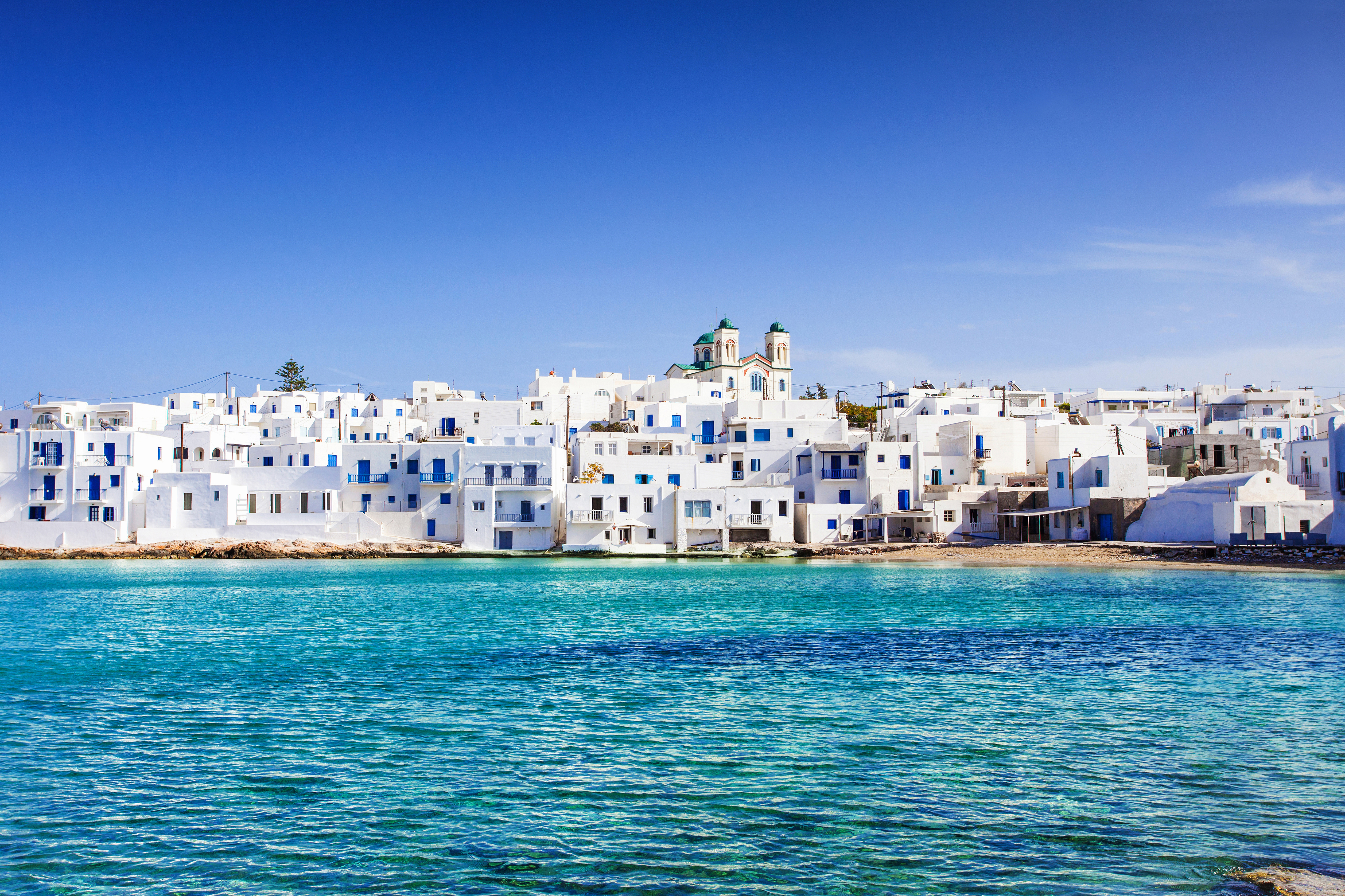 Moreover, on the southern coastal road that leads to the hill of Agia Anna, a site of worship of the god of Medicine, Asclepius, was revealed, a building dating back to the 4th century BC. The temple was open-air, built around a source of water, while in the same area, there are some traces of an ancient temple dedicated to Pythian Apollo, which consisted of an enclosure with an altar, a temple of Artemis, a sister of Apollo, and a small space for banquets.

To the east of Marpissa stands the hill of Kefalos with the monastery of Agios Antonios (17th century) on the top, which is one of the most interesting hikes in Paros, starting from Marpissa and reaching the monastery of Agios Antonios (about half an hour). Another monastery will be revealed if one follows the road that connects Parikia with Aliki, where a branch will take them to the location of Psychopiana where the monastery of “Christ of the Forest” is located. A little further west, is the beautiful valley of the butterflies, one of the most important habitats in Greece. 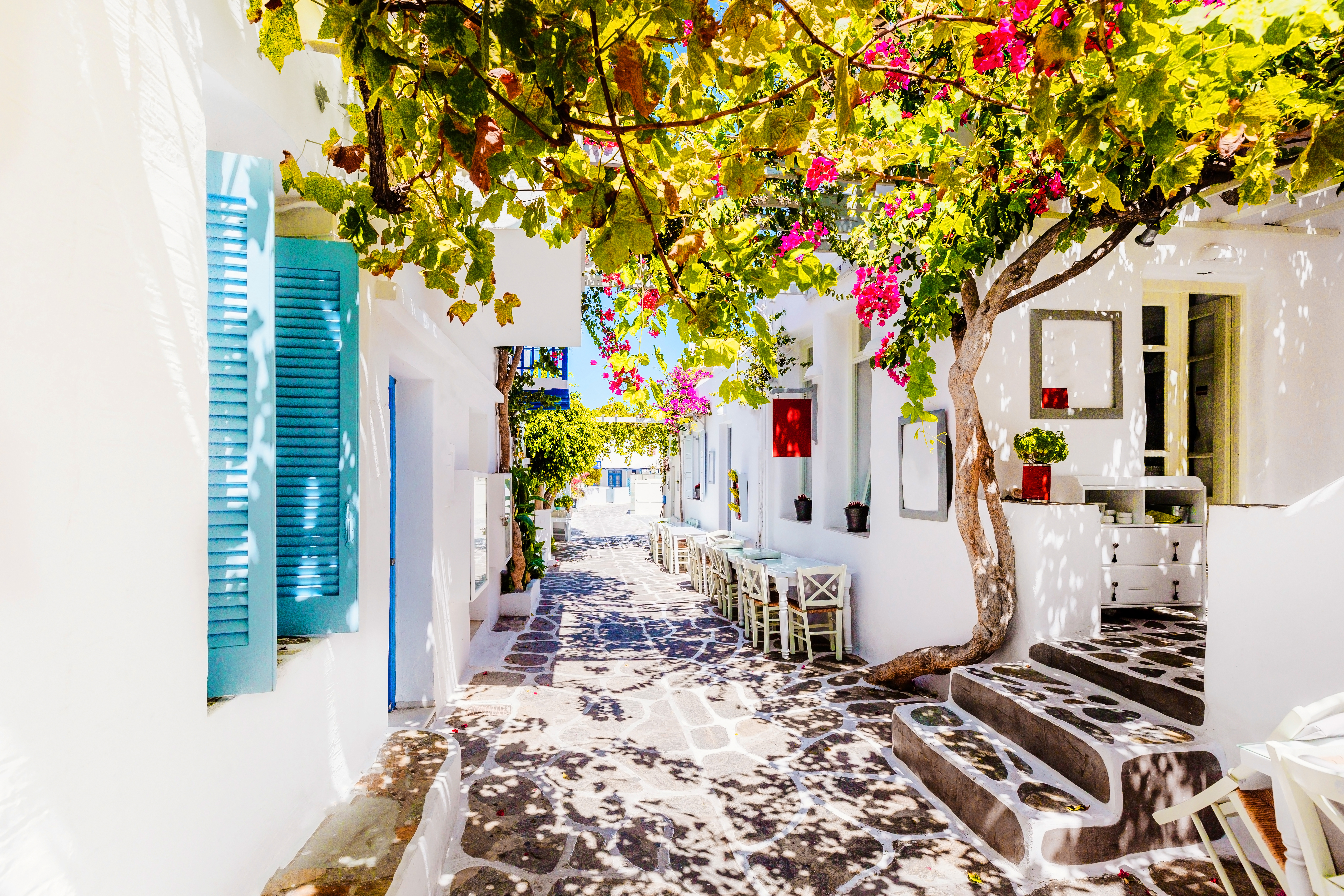 Paros is one of the fertile Cycladic islands. It produces wine, known since the ancient times, oil, cereals and fruits, but viticulture, in recent years, has a new, special flourishing and the famous Parian wines, that are bottled in the modern wineries of the island, are famous all over the world. Parians, apart from agriculture, are engaged in fishing and livestock farming. Today, tourism has changed the way of life of the people of the island, but olive and vine keep on offering their products, fish garnish the Parian table and the local cheese is still a gastronomic experience.

The beaches of the island are numerous and all of them, either accessible by land or by boat, enchant due to both the beauty of the seashores and the crystal waters, as well as the fun of the bars, taverns and cafes that entertain and scatter the liveliness and energy for which the island of Cyclades is so famous. In addition, intense winds offer ideal conditions for water sports and sport-lovers find the right equipment on most of the beaches of the island. 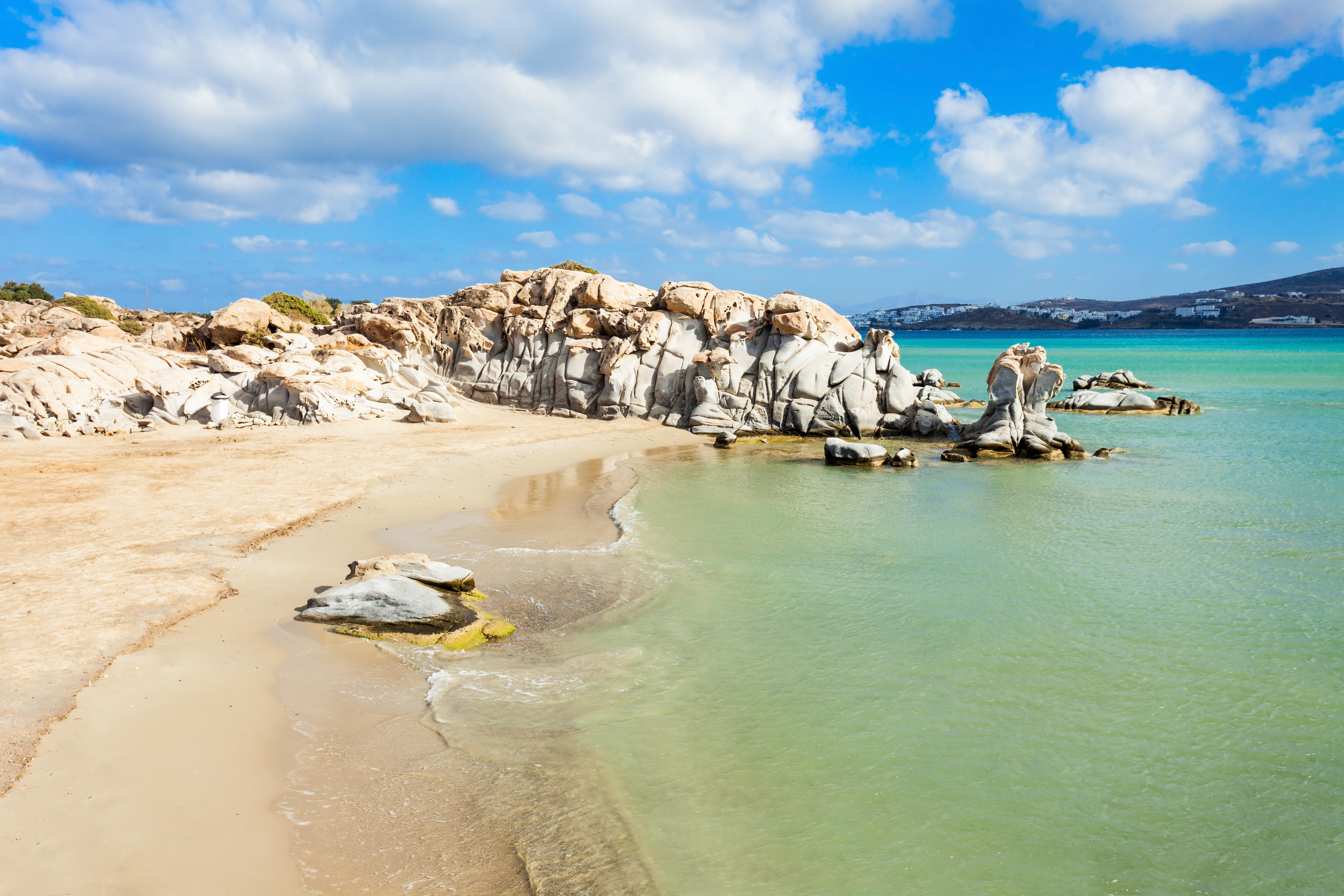 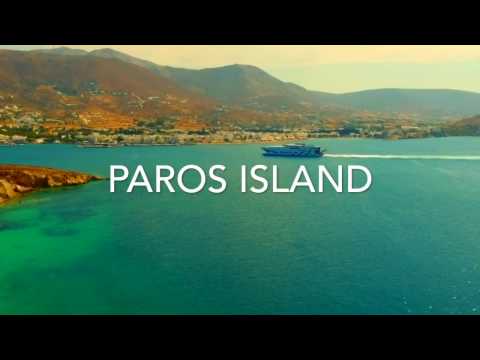