Across the port of Elafonissos village are Petri Island (Pavlopetri) and the homonymous, wonderful beach of Pavlopetri with the most important ancient sea archaeological site of Greece, “Pavlopetri”, the oldest sunken city in the world. It is located next to Lake Strogili and this beach, as well as Pounda, has been affected by the intense sand movement in recent years, resulting in the waters becoming shallower, shorter in length, losing width and thus revealing additional sepulchral monuments and other Ancient Monuments.

The sunken city was discovered in 1967 by Nicholas Fleming and his team, who were impressed by its structure. The town built in the Bronze Age had two-story houses, roads, and even a water management system. There are, at least, 15 buildings at a depth of 3 to 4 meters and recent research in 2009 revealed that it stretched along 9 acres. Initially, it was estimated that the city was built around 1600-1100 BC. but later investigations showed – through the finds – that it was inhabited before 2800 BC at the beginning of the Bronze Age. It is probable that the city sank in 1000 BC.

Despite the natural disaster by the water over the centuries, the layout of the city is as it was thousands of years ago. The survey of a team of experienced archaeologists in 2009, underwater robotics and the use of state-of-the-art graphics enabled the assembling of the secrets of the sunken city in Pavlopetri. It is the first sunken city to be re-created digitally in three dimensions. Sonar mapping with techniques developed for military purposes, but also for exploring oil fields has helped recent research. 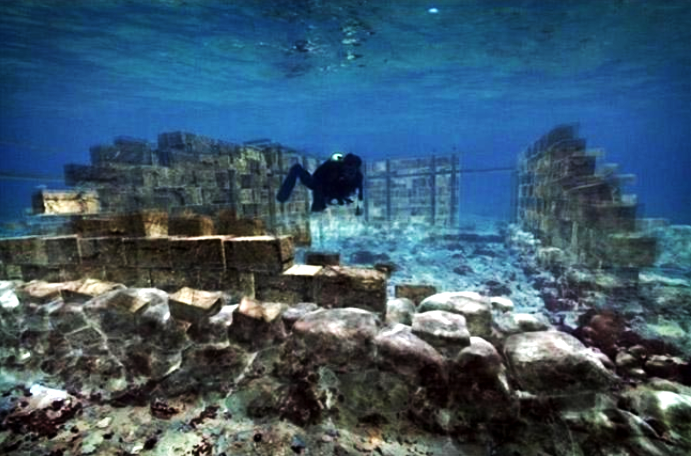 Since October 2009, four further fieldworks have been conducted in collaboration with Greek agencies, international universities and scientists. These surveys included excavations and one of their results was that they proved the city was the center of a thriving textile industry. Also, many large pots from Crete were found in the area, which implies that the city was also a large commercial port.

Among others, it is believed that Pavlopetri could have sunk in 375 AD. from the same earthquake that destroyed Gythio. It is believed that the seaside land was moved to a large extent and thus was cut off the then peninsula, on which Ono Gnathos was located, resulting in the island of Elafonisos to be created. 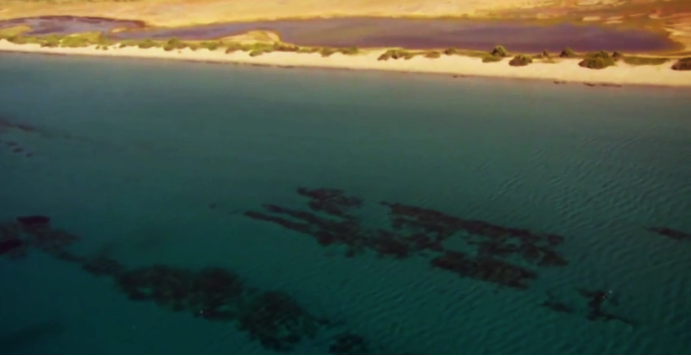 The work of the archaeological team, head of whose investigations was Dr. John Henderson, was screened in a documentary broadcast by BBC 2, in 2011. “It’s one of the few places in the world where you can literally swim along a sunken road in an ancient city or look into a grave,” Henderson said.

The three-dimensional model of the sunken state, presented on the British network, is impressive and depicts a thriving city. Archaeologists have identified fragments of objects such as pots of cooking and drinking. There were still hundreds of huge pots used for storage, as well as the transport of various products such as oil, wine, colors, perfumes and even statuettes. 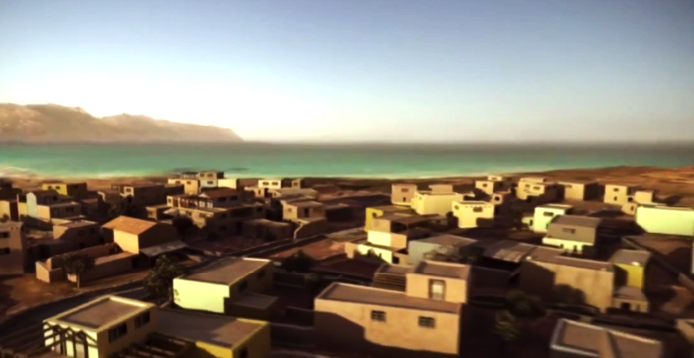