The island of Deep Blue

Amorgos is the Eastern of the Cyclades islands and is the closest island to the Dodecanese.In some places, the coastline is steep and rocky, while elsewhere it forms quiet, shady bays.

Chora is the capital of the island. You will be charmed by the small pathways, wonderful windmills and the calm nature of another life, lost back in the 19th century.

North of Chora built in the rock is the Byzantine monastery of Hozoviotissa. Panagia Hosoviotissa is embedded in the rock, 300 meters above sea level, visible only from the sea. It is the most famous monument on Amorgos. It was founded by the Byzantine Emperor Alexios Komninos in 1088. Visitors are stunned by the mystic ambience, the historical and architectural interest as well as the rare relics found there. Just south of the Panagia Hosoviotissa monastery is the historical Metochi of St. George Valssamiti, built in the ancient period, and home to the famous hydro-orcle.

Swimmers will be delighted by the superb beaches to be found in the vicinity.

– Le Grand Bleu, The well known cult-movie and freediving drama, directed by Luc Besson, was partly produced on Amorgos Island in 1988. Production places were Chora, Agia Ana beach and Kalotaritissa bay.
– The paths at the 80s, were the main mode of communication between the villages of Amorgos. Today on Amorgos routes are mapped and you can follow the six main trails.
– The Monastery Chozoviotissa, a symbol of Orthodoxy, may in a few years be a UNESCO World Heritage Site, due to the Italian architect Giorgio Martino, who loved the island and attempted to put it into the famous list of UNESCO. Along with Giovanni Peroti and Dimitri Pikionis are working towards that goal.
– In Amorgos you can try traditional tastes like “patatato” which is traditionally cooked lamb with potatoes, Easter “stuffed goat”, fava (split pea dip), kakavia (fish soup), xidato (goat meat soup with entrails), locally produced cheeses, pasteli (sesame bars), pure dairy products, honey and xerotigano. and local drinks such as rakomelo (hot raki with honey), psimeni raki (sweet drink with raki, honey and herbs and a variety of beverages made of herbs.
– On July 9th of 1956 an earthquake and tsunami hit Amorgos and was the largest such event in the Aegean Sea in the 20th century 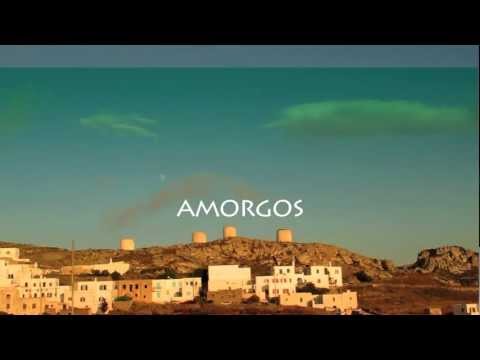