The island of captains

A lovely island of the Saronic Gulf, Spetses island is a popular weekend destination due to its closeness to Athens.  It’s location, only 2 hours by road or by sea from Athens, the frequent connections with Pireus and the proximity of the Peloponnese (1,3 miles) make it easily accessible.

The mansions of the captains of the last century with the local architecture, the picturesque Byzantine churches, the historic museums, the streets with the famous Spetsiotic cobblestones, the picturesque carriages are traditional elements that manage to fascinate the visitors.

Dapia, the main port of Spetses island, is surrounded by canons and provides a romantic place for a day coffee or an evening drink.

In the Medieval times, the island flourished with trade and the locals constructed elegant mansions that survive till today. When the Greek Revolution of 1821 broke out, the local commercial ships were turned into military ships and contributed to setting the country free.

The historical hotel «Poseidonion» borders the inside part of the square. Sotiris Anargyros had it built at the beginning of this century and since then the hotel has been visited by thousands of well-known politicians, businessmen, and artists. Its fine architecture and its nicely decorated interior attract till today the admiration of a different architectural view.

The best known traditional event in the island, that attracts thousands of visitors, is the re-enactment of the naval battle of Spetses of September 1822. On the second weekend of September, the Armata Festival, that peaks with the burning of a boat in commemoration of a naval flight between Greeks and Turks.

– In the bell-cathedral of St. Nicholas the flag of the Revolution of 1821 was raised.

– The former President of Greece Konstantinos Tsatsos, the greekshipowners Niarchos, Onassis and Livanos, Jacky Kennedy-Onassis, Maria Kalas, Noureyeff, Alexander and Amalia Fleming, the MacMillans, the Curchills, the Kennedys, the Rothchilds, William Reyley (Secretary of Foreign affairs, USA), Will Martens (President of the European Assembly), are all indicative names of famous visitors of the island.

– The “Poseidonion” hotel contributed immensely to the development of the modern character of the island being a pole of attraction for personalities such as princes, kings, prime ministers, important industrials, scientists, artists, etc. All the former kings of Greece were “hosted” on Spetses. 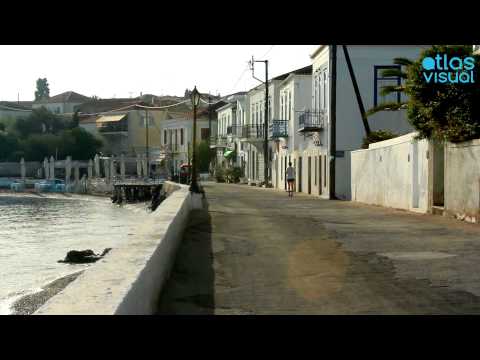