The eastern edge of Greece

This small island beholds a glorious past. It is on the trade crossroad of Europe and Asia, as the Asian coastline is only 2 nautical miles away. Kastellorizo is an island with a rich nautical tradition that explains the noble air about the island that reflects its part glory and prosperity.

The island’s official name, Megisti (Μεγίστη) means «biggest» or «greatest» island in the archipelago. It has gone by several different names in its history, including Kastellorizo (Greek), Castellorizo (Greek name with Italian spelling) and Castelrosso(Italian, meaning «Red Castle»).

The painted in vivid colors two and three story renovated mansions, spread along the harbourline offering an unrivalled amongst other islands beauty. The buildings are characterised by wooden balconies and windows of the Anatolian type. At the entrance to the harbour, on the east side, stand the single story remnants of the former Italian governate (palazzina della delegazione), erected in 1926 by the Italian architect Florestano Di Fausto, who also designed some of the most important buildings of the Italian period in Rhodes.

Nearby is the island’s former Ottoman mosque which dates from the second half of the 18th century and which has been now restored and re-opened as a museum. The central square Plateia Ethelondon Kastellórizou lies at the midpoint of the eastern side, near the vessel dock. On the opposite side of the harbour one has a good view from this vantage of Pera Meria, the western quay, and the monasteries of Profitis Elías and Aghia Triadha.

A pathway leads to the Castle of the Knights, which was built in the 14th century. At the village Horafia, the visitor can find the square surrounded by the Church of Agios Yeorgios (1906), with a high dome of Byzantine type, and the Cathedral of Agios Konstandinos and Eleni (1835). It is a church of unique art, with a three-nave basilica, rich icons, marble icons screens and a tall marble bell tower. The roof of the Cathedral lies on twelve enormous monolithic granite pillars, brought especially from Patara (Lycea) in 1835, when the historic cathedral was built. According to tradition, these pillars are from the ancient Temple of Pythius Apollo.

On the western side of Kastellorizo is the most ancient and important sight of the island, Palaiokastro, the island’s ancient acropolis.Its plan is rectangular and measures 60 by 80 metres. In its interior stand an ancient tower, built with square limestone blocks and large water cisterns.

The famous aqua colored cave of Kastellorizo is one of the rarest geological phenomena and one of the most amazing formations on earth. Also known under the name of “Parastas Cave” or “Fokiali” – due to the seals (fokia in Greek) that live inside it – it is the largest and most beautiful caves of Greece while it is also considered to be the most phantasmagoric cave of the Mediterranean Sea.

Located on the SW side of the island is the islet of Ro that you can only visit by boat. Well known for its ‘Lady of Ro” who was its only inhabitant, and who for decades rose the Greek flag every morning.

-Just behind the houses in the harbour lies an impressive red rock that gave the island its actual name (Castello Rosso, Castellorizo).

-The island is connected with Rhodes by ferry and is served by Kastellorizo Airport. There is one small bus in service on Kastellorizo. 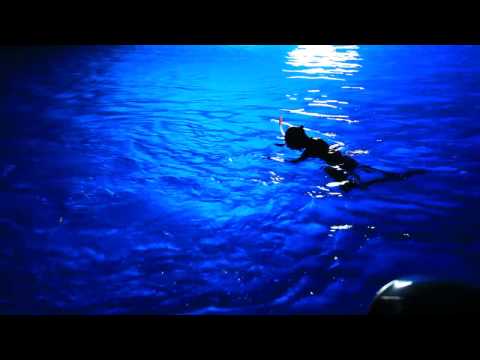