The homeland of the Winged Victory

Samothrace is one of the most rugged and green Greek islands, very rich in waters, small rivers and incredible waterfalls.

Vathres (ie the natural pools formed in rocks) of Tsivdogianni River, near Therma, are very known. World famous is Fonias, an impetuous torrent that falls from the gorge forming spectacular waterfalls and pedestal. You will come across many waterfalls, but the highest waterfall on the island is «Kleidosi» with 35 meters height. Other waterfalls are: «Kakia Plaka», «Karya» and streams of the Xeropotamou, Karagiannakis, Kremastos, Giali, Agistros and Arapis.

The beaches of the island are beautiful and different from each other, covering all tastes. Pebbles or sand, but always green predominates. One of the beaches that should be visited is Kipos, which has black volcanic pebbles and dark deep waters. Also, be sure to make a splash in Paxia Ammo, that is the largest and most famous beach with sand on the island.
In the settlement of Therma Baths you can find the Municipal Health spa with its hot sulfur springs known for their healing properties since even the Byzantine period.

The island’s most famous site is the Sanctuary of the Great Gods, the most famous artifact of which is the 2.5-metre marble statue of Nike, now known as the Winged Victory of Samothrace, dating from about 190 BC. It was discovered in pieces on the island in 1863 by the French archaeologist Charles Champoiseau, and is now, headless in the Louvre in Paris. The Sanctuary of the Great Gods was the site of important Hellenic and pre-Hellenic religious ceremonies. The ancient city, the ruins of which are called Palaeopoli, was situated on the north coast. Considerable remains still exist of the ancient walls, which were built in massive Cyclopean style, as well as of the Sanctuary of the Great Gods, where mysterious rites took place which were open to both slaves and free people.

-The Winged Victory of Samothrace, dating from about 190 BC, was discovered in pieces on the island in 1863 by the French archaeologist Charles Champoiseau, and is now, headless, in the Louvre in Paris.

-Samothrace had great religious interest because of Kaviria Mysteries. The mysteries were celebrated in the space of “Sanctuary of the Great Gods”, which is now the most important archaeological site on the island 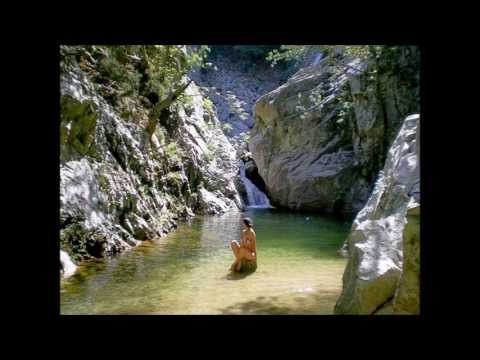