The most breathtaking beaches in the Ionian Sea

The island of Cephalonia or Kefalonia in the past also known as Kefallinia or Kephallenia is the largest of the Ionian Islands in western Greece. The capital of Cephalonia is Argostoli. The size of the island is 781 km2 (300 mi2), and the present population is 34.488. The town of Argostoli has one-third of the island’s inhabitants. Lixouri is the second major settlement.

The island’s highest mountain is Mount Ainos, with an elevation of 1628 m. The top of Mount Ainos is covered with Abies cephalonica (fir trees) and is a natural park.

Beautiful golden beaches, lofty mountains providing the scenic backdrop to hundreds of secluded white coves, the strange cliffs , the cave of St. Gerassimos – the island’s patron saint, the Cave of Drongorati, the underground lake at Mellisani, churches and Monasteries perched precariously on cliffs, timeless villages. The limestone rock results in remarkable caves and caverns, some of which have become major tourist attractions

The most famous bays are those of Sami, Myrtos, Lourda, Atheras, Fiskardo, Livadi and of Argostoli. The beaches are mostly rocky and vertical from the side of Ionion Sea whereas they are more “peaceful” at the east side.

The best known beach on Kefalonia is Myrtos Beach. It has been voted more than 11 times as the best beach in Greece from the Ministry. This beach has been described by many as simply “breathtaking” and as a “little piece of heaven”. It is a beautiful beach with golden sand surrounded by vertical cliffs.

Among important natural features are the Melissani the Drogarati caves and the Koutavos Lagoon in Argostoli.

Cephalonia is well known for its endangered loggerhead turtle population, which nest at Kaminia beach under the watchful protection of the Sea Turtle Protection society.

During the festive and religious days of 15 August, little snakes appear at Arginia and Markopoulo villages. The little snakes according to the tradition appear only these days for the grace of Virgin Mary and they are harmless.

The castles of Cephalonia, the one of Saint Georgios which was also the capital of the island and the Castle of Assos, will introduce you to the history of the Venetian domination. Unfortunately, the earthquakes are dominant in the area and have destroyed most of the relics.

– During the festive and religious days of 15 August, little snakes appear at Arginia and Markopoulo villages. The little snakes according to the tradition appear only these days for the grace of Virgin Mary and they are harmless. 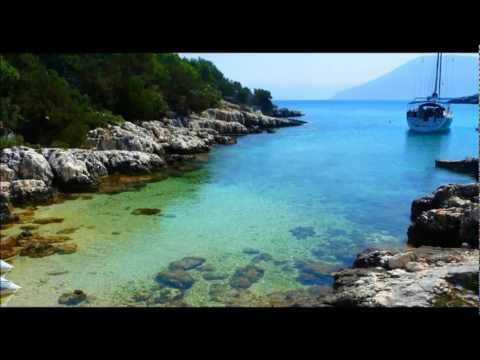