Nikos Aliagas is a Greek television host of international prestige. His shows in the French television are very popular, as he hosts the global showbiz elite in his radio and television shows.

Aliagas was born on May 13th, 1969, in Paris, and used to visit his homeland often. His parents’ origins are from Messolonghi and Livadia, Greece.

He was studying literature at the University of Sorbonne, when journalism appealed to him. He speaks 5 languages fluently.

He started his journalistic career in 1992 working for Radio Notre-Dame radio station. He later worked for Radio France Internationale, Tele Monde Carlo and the European cable channel Euronews for many years, from 1993 to 1999.

In 2004, he presented the Olympic Games of Athens.

He’s currently working for the radio station 6/9 de NRJ and for the show Inside of the television channel TF1 and also for the show Les Incotournables of Europe 1 hosting remarkable personalities.

He has been honoured with major awards in France and Greece and in 2007 he received the honourable title of Chevalier de l’ Ordre des Arts et des Lettres by the French administration.

His passion for music motivated him to cooperate with famous artists in Greece, like Lavrentis Maheritsas, Antonis Remos and many more. In 2007, he released the jazz, rock and pop album Nikos Aliagas & Friends Rendez-vous.

In May 2011, he published the photo book Nikos Now. 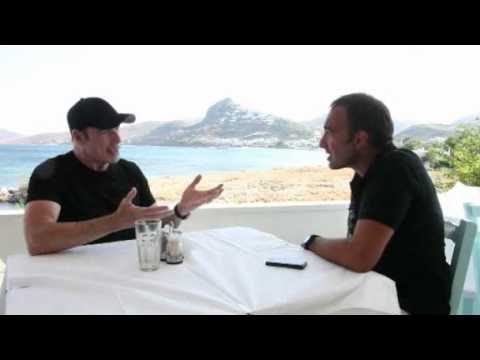