He obliged Apple to acquire his patent

Giannis Papandriopoulos, a 35-year-old Australian-born Greek, sold his photography app for an undisclosed amount to the American tech giant Apple.

The SnappyCam has won in 15 countries the first place on paid applications to the App Store, while in 60 countries was in the top ten! The application allows the user to start continuous shooting at high or full resolution, which is impossible with the current phone software.

SnappyCam turns the iPhone into a full action camera capable of shooting 20 photos per second at full resolution, which is much faster than the burst mode found on the iPhone. The app is no longer available for download from the App Store while its website and its social media presence are also gone.

John Papandriopoulos was  born in Melbourne. The surname was extremely difficult for Australians, thus everyone called him Jpap. His personal site is the www.jpap.org.

His father, Polybius, hails from Meligala Messinia, while his mother was born in Xanthi.

John Papandriopoulos, following the example of his father who was an electronic engineer, studied technology and holds a PhD from the University of Melbourne.

His thesis on the speeds the internet could reach, had caused a sensation in academic circles.  The University of Melbourne has also considered his invention as very important, giving him an award for his efforts. In 2007 the newspaper The Age ranked Papandriopoulos among the top hundred personalities of the year for his invention.

Dr.  Papandriopoulos created a technology that takes a clever mathematical algorithms to the problem of interference , multiplying the possible access speed .

John Papandriopoulos has been living and working over the last years in San Francisco. 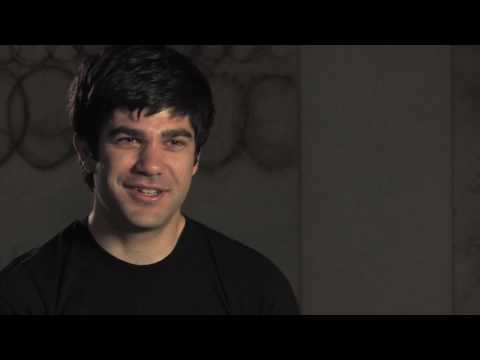