A flavor of Greece in the U.S. TV

Maria Menounos is an actress, a journalist, a television host and occasional professional wrestler who fascinates the United States with her talent and her beauty.

She attended Boston’s Emerson College, where she double-majored in broadcast journalism and film. At Emerson, she became the first freshman in the school’s 125-year history to garner the prestigious EVVY award for Best Newscaster.

After her junior year, Maria became an international correspondent for Channel One News.
However, journalism always fascinated her instead of modeling. As a journalist, E! News Host and Emmy Award Winner,

Maria Menounos, holds the distinct honor of having conducted the only interview with the entire Obama family. Her groundbreaking conversational style of reporting led her, at the age of 22, to become the youngest person ever to host “Entertainment Tonight.” She would go on to do the same for the “Today” show and “Nightly News.” Menounos has also traveled the globe, covering everything from the war in Afghanistan to earthquakes in El Salvador to the AIDS crisis in South Africa.

As an actress, on the big screen, she starred in the romantic comedy “Kickin It Old Skool” opposite Jamie Kennedy, and played herself in the Ben Stiller comedy “Tropic Thunder.” She also appeared in the 20th Century Fox action movie “Fantastic Four.” Her small-screen acting endeavors include guest roles on CBS’ “Without a Trace,” NBC’s “Scrubs” and HBO’s “Entourage” as well as a recurring role on the CW’s “One Tree Hill.” In 2005, she gave her voice to the character of Eva Adara in video game James Bond 007: From Russia with love.

A year later, in 2006, she presented along with Sakis Rouvas the 51st European Eurovision Song Contest in Athens.

As a filmmaker, Menounos has directed and produced several independent films, which have played most of the major film festivals.

As an digital producer and entrepreneur, Menounos along with her partner Keven Undergaro, co-founded AfterBuzz TV, the largest online broadcast network and the Popcorn Talk.

Menounos has dedicated herself to charity work and to create the non-profit, “Take Action Hollywood!” (TAH!). TAH! is a charity whose mission is to utilize the power of the entertainment industry and the production medium to educate, empower and raise social awareness. As a Diabetes Awareness Ambassador for the Entertainment Industry Foundation, she has spoken on Capitol Hill and is working with lobbyists on improving treatment for the disease, worldwide. She is also the Global Ambassador for the Special Olympics and works closely with the LA Children’s hospital hosting her annual “Day Of Beauty” event for patients and their families. 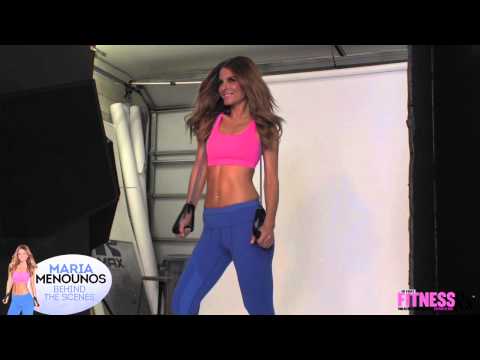