Starring in the film «Clash of the Titans»

Many are those who will see the movie by Warner «Clash of the Titans», however, much fewer people know that in this film, along with Sam Worthington (Perseus), Liam Neeson (Hades) and Ralph Fiennes (Zeus), is starring the Greek–French Alexa Davalos, in the role of the heroine of Greek mythology, Andromeda.

Andromeda was the daughter of King Cepheus of Ethiopia and Kassiopi, who boasted that she was as beautiful, as the Nereids and thus she led to the wrath of Poseidon, who sent a sea monster to destroy the whole of the country. According to the prophecy, salvation would come only if the king handed over his daughter to the monster. Eventually, Andromeda was saved by Perseus, who found her tied to a rock, kills the sea monster, released her, fell in love with her and finally married her.

Born in France, Alexa Davalos speaks fluently both French and Greek, and English as well. She was born into a family of actors.

Her Greek nationality mother, Eliza, was an actress, like her grandfather, Richard Ntavalos, who appeared alongside James Dean in the film «East of Eden.» Alexa made her first film appearance when she was just three years old, at the film of John Frankenchaimer «Riviera».

When she became an adult, she began her career as a model and made many photographs with famous photographers like Peter Lindbergh and she was also involved in ballet. Gradually her steps led her to acting. In 2002 she moved to Los Angeles and two years later she had her first important role by participating in the film «Chronicles of Riddick» where Vin Diesel was starring. Then she appeared in several television series alongside actors such as Antonio Banderas.

One of her most recent film roles was the one which she impersonated in the adventure “Defiance” of Edward Zouik, which starred Daniel Craig. She also played in the television series «Surrender, Dorothy», where she played Diane Keaton’s daughter.

She stars as Juliana Crain, the lead character in the Amazon Studios series The Man in the High Castle (2015). 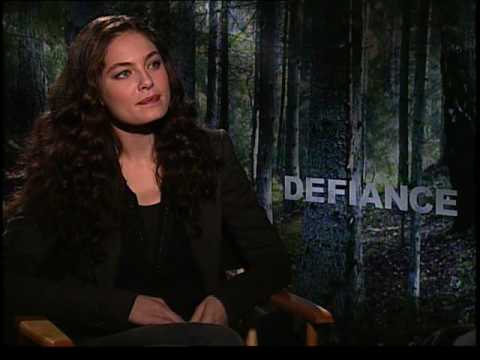