He researches the usefulness of bacteria

Nikos Kyrpides is a biologist, a Researcher and Director of the Genomics Biology program at the Department of Energy Joint Genome Institute, Berkeley Lab. He has won many international awards and he was also included in the Thomson Reuters list with the most important scientists in their field of expertise.

He was born in 1963 in the city of Serres, Greece, where he grew up. He graduated from the Biology Department in the Aristotle University in Thessaloniki in 1989, where he did most of his research. He did his Master’s in the University of Crete and finally got his Ph.D from the same university in Molecular Biology, in 1996. From there he went to the States for his post doc studies, in the University of Illinois, along with the great Carl Woese (he is pretty much considered as “Darwin of the 21st century”), who was awarded with the Crafoord Prize in 2003. Prior to joining the DOE Joint Genome Institute, Dr. Kyrpides led the development of the genome analysis and Bioinformatics core at Integrated Genomics Inc. in Chicago, Illinois, where he worked for 5 years.

Since 2004, Dr. Nick Kyprides has been working at the DOE Joint Genome Institute, which has been instrumental in decoding of the human DNA and most recently a leader in the field of environmental genomics.

At the JGI he directs the project (sector) of Genomics Biology, which is responsible for genomics and metagenomics analysis and new methodologies and software tools to do so.

At the same time, he has created in our country a scientific community, the “Mikroviokosmo”, which he coordinates from the United States. As he notes, it is a national effort of scientists all over the country focusing on the study of microbial world and fortune of Greece which he characterises as “national capital”.

When asked by the newspaper Kathimerini on what he would do to boost the greek economy, he answers: “Greek society does not lack in innovative ideas or people that lack in skills and vision. Our society’s main problem is the incapability to organize things, and the politicians’s inability that cannot create the conditions that will allow the growth of a whole bunch of innovative businesses, similar to those that we see in less gifted countries, but which are still more successful. This where I would focus my attention”.

In the question on whether he would return to Greece, again in the same interview*, he says: “Having a professional position that would not allow me to offer or to make good use of my experience so far, would help me in not feeling nostalgic about Greece, but at the same time it would not allow me to progress, to work, to contribute to science. If these conditions that keep me away from Greece ever changed, I would gladly return back home”. 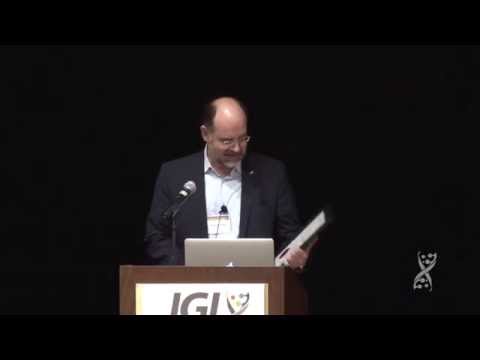