“Diamond” talent made in Greece

Born on October 10, 1985 in Abergavenny Wales. Her father, Dimos Diamandis, is Greek, and her mother Esther is from Wales. They met when they were studying at Newcastle. Marina Diamandi grew up in Wales and returned to Greece for the last two classes of high school.

Subsequently, she studied in the private English-speaking St Catherine’s British Embassy School. She studied dance in London, but gave up quickly. She tried her luck on several auditions, without success, as she says, as she was trying to emulate the Spice Girls. Self-taught on piano, she began writing her first songs on the computer. She wrote first the lyrics, and then the music.

Although everyone thought – even her family, that there is no future for Marina in the showbiz, the 24 year old Marina and The Diamonds, now impress the UK music scene with the BBC to describe her as one of the artists who preoccupy us in 2010, while the British press compares after the release of their first album «The Family Jewels» with Kate Bush and Siouxsie Sioux of the “Siouxsie and the banshess.

She has not renounced her roots and remembers her grandmother Lambrini from her childhood in Athens, and declares a fan of galaktoboureko. 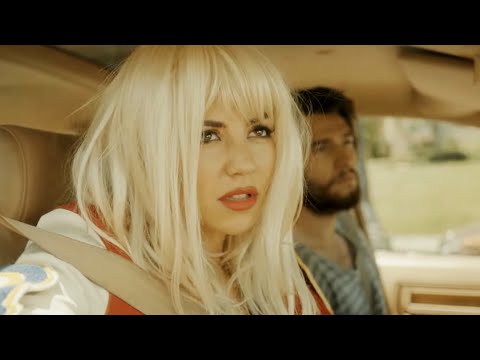