Jason Mantzoukas is an actor, comedian and writer. He is best known for his roles next to Sacha Baron Cohen in the feature film The Dictator and in the television comedy series The League.

Mantzoukas of Greek descent was born on December 18th, 1972, in Massachusetts. He graduated from Middlebury College and had joined improvisational groups. After college, Jason studied music and has been traveling abroad for several years, pursuing his musical quest in countries, like in the Middle East and Africa. In 1998, he relocates to New York and began performing comedy and teaching at the Upright Citizens Brigade Theater.

He has appeared in movies, like Baby Mama, I Hate Valentine’s Day, Enlightened and The Dictator, where he performed the role of Nadal, a scientist, head of the national nuclear weapons program of a country governed by the crazy dictator Aladeen, a role performed by Sacha Baron Cohen.

Mantzoukas has made several guest appearances in comedy series, like The Life & Times of Tim, Parks and Recreation, Enlightened and Modern Family.

Thanks to his looks, he is often cast for characters of Middle Eastern origin. In a former interview, Mantzoukas talked about his role in The Dictator saying, “As a Hollywood actor, I’m often called to perform roles of dark complexion guys! My pronunciation is a little bit like what my grandfather sounded, it’s a little bit generic Middle Eastern guy.”

In 2006, Jason Mantzoukas together with Ed Herbstman performing as The Mantzoukas Brothers, were named Best Improv Duo by Time Out New York magazine.

Mantzoukas is also a producer and writer on the television series Childrens Hospital. 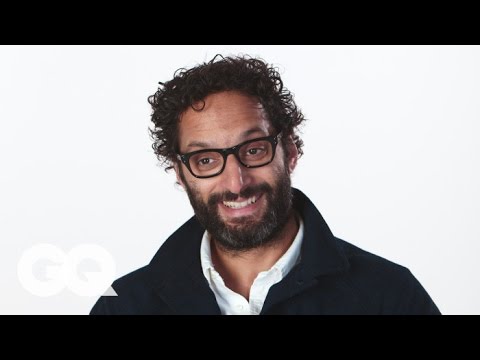