The ballerina who “enchanted” Russia

Alexandra Iosifidi was born on the 30th of June 1977 in Leningrad. Her father was Greek and her mother was Russian. In the age of 10 she participated in a ballet competition, and was then registered in the Vaganova Academy of Russian Ballet, even though she was extremely tall for her age. After acquiring her diploma she became recipient of the Vaganova-Prix international competition  in 1995, and then  joined the famous Mariinsky Ballet.

Her father Alexander from Crimea, was born in Uzbekistan, where he had moved with his entire family at the October Revolution of 1917’s eve. In a small town of Fergana region, the Kokant, 300 kilometers from Tashkent, «the birthplace of my father and his brother,» she says and continues: “Those years were very hard. Our dad remembers his mother, his grandmothers and other relatives crying for their lost homeland. The Greek schools were banned and at home, parents were afraid to teach Greek to their children. The elder only were talking among themselves the Pontic language. The children only knew a few phrases like “hello”, “Come to me”, “and you are not ashamed”, “Please sit down”, “little bird”, etc… They went to the Soviet school, so unfortunately we do not speak Greek at home. We boast, of course, that my sister, Elizabeth, not only learned Greek, but now she makes her PhD in Greek at the University of St. Petersburg”.

The difficulties were so many however, the sentiment of the Greek who does not deny the Greek identity and maintain the Greek surname, despite persecution, is even stronger. Hence, she felt that the acquisition of Greek citizenship, in spring of 2009, was a very important event in her life. The greatest dream of Alexandra Iosifidi, who is currently on top of technical perfection, is to make a ballet gala at her historic homeland and why not settle in Greece and establish her own school of ballet.

At the same year, 2009, comes the time for Alexandra  Iosifidi hard work to be recognized.

By decree of the President of the Russian Federation, Dmitry Medvedev in 2009 she was awarded the title of “honored artist of Russia” in recognition of her contribution to the demanding field of classical ballet.This nomination was considered an extreme honor for Alexandra, given the fact that Russia has a rich history in skillful ballerinas who have performed in the most famous stages (Bolshoi,  Mariinsky, Novosibirsk, Stanislavsky), and that only those who are really worth it receive that prize.

The tall ballerina (1.82m) of Mariinsky Ballet, has toured in almost all corners of the globe, Europe, U.S., S. America, China, Japan, managed to stand out with her talent and inherent elegance she possesses, as it was stated by the “muse” of Mariinsky Ballet, Ouliana Lopatkina, with whom she performed last year in Irodeion theatre in the leading roles in “Swan Lake”. Lopatkina, stated that “Alexandra has an inherent royal stance and thanks to her Greek blood she possesses a particular beauty”.

Alexandra has toured with the Mariinsky Ballet to Germany, Great Britain, France, Italy, Spain, the USA, Brazil and Japan, among which she picks out “The Fountain of Bakhchisarai”, “The Sleeping Beauty”,  “Don Quixote” and “The Nutcracker”. She has performed along with excellent ballet personalities, such as Zelensky, Kuznetsov, Ivanchenko, Peretokin, Zakharova, Lopatkina, Mahalina, Vishneva, Nioradze, and more.

One of the most special experiences for Alexandra was when she performed in the Odeon of Herodes Atticus, during the Athens Epidaurus festival in 2009. Along with her performing with the Mariinsky Ballet, she never stops trying to improve her virtuosity, teaching ballet and having finished her post graduate studies in the Vaganova Academy of Russian Ballet, where it all started. She has also performed in the famous Kennedy Center, in Washington in January 2012, in the “Firebird” (Stravinsky). 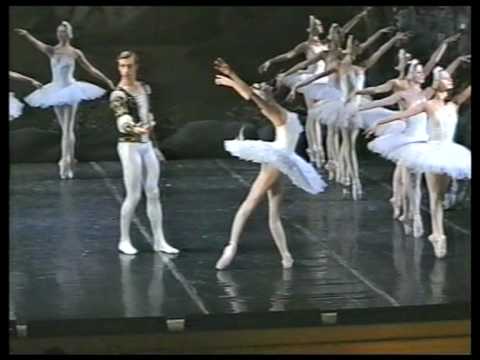