The hairstylist who conquered Hollywood

Dimitris Giannetos started his career in Athens as an innovative and promising hairstylist but his dream was to travel and develop his professional career in the best possible way. She collaborated with big names, such as the photographer Katerina Tsatsani, and with Greek women famous for their beauty, such as Marietta Chrousala, while she hides behind some of the most beautiful beauty and fashion editorials of well-known magazines. In recent years he has been living and working permanently in America alongside the well-known Greek-American presenter, Maria Menounos, while constantly developing his network with international collaborations.

He could be described as persistent, creative and passionate, a man who does not give up easily and follows his dreams.

“America came into being after many years of thinking. It was not an easy decision, he said, continuing, being at the best point of my career in Greece, with a great resume and a contract at L’Oréal Paris, I decided to leave everything behind and pursue the American Dream, literally starting zero, not even knowing the language. Having already moved to New York and on my very difficult attempt to find a fashion agency in the metropolis of the world, on a trip back to Greece I meet Maria Menounos through my very good friend, Marietta Chrousala. I did Maria’s hair and makeup for Marietta’s daughter’s christening and Maria invites me to Los Angeles after two months to take her to a photo shoot. I had booked to stay in Los Angeles for 11 days and finally today to still be there after almost 9 years!

My decision to leave the assurance of success to my family and loved ones was very difficult. But in the end everything is a matter of moment and risk, he has said characteristically. When I was little and watching Beverly Hills Heartbeat with Brenda and Dylan and someone told me that one day I would have my own home in Beverly Hills, I would say, ‘Me? No way!”. 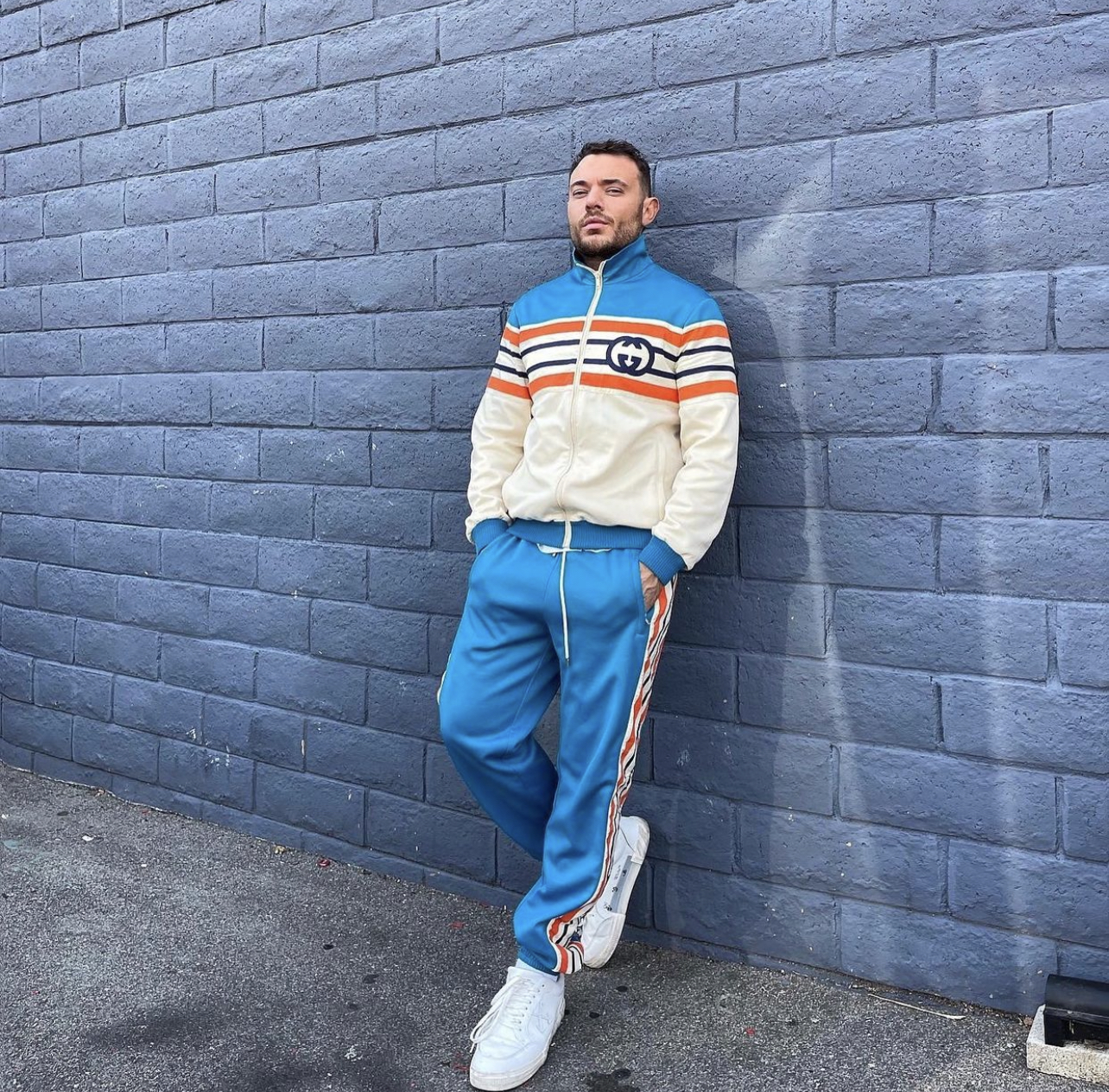 “In life we ​​must constantly set goals and never stop dreaming”

Giannetos is the man behind many impressive appearances on the red carpet at the Oscars.

“At the Oscars and in general at all the awards, I always research all the trends of the next season and I try to make them wearable on Maria, emphasizing her best features. The big secret in all the big events is the lights. Really and nothing to do you look just as bright and fresh! The talented Greek hairstylist has said. 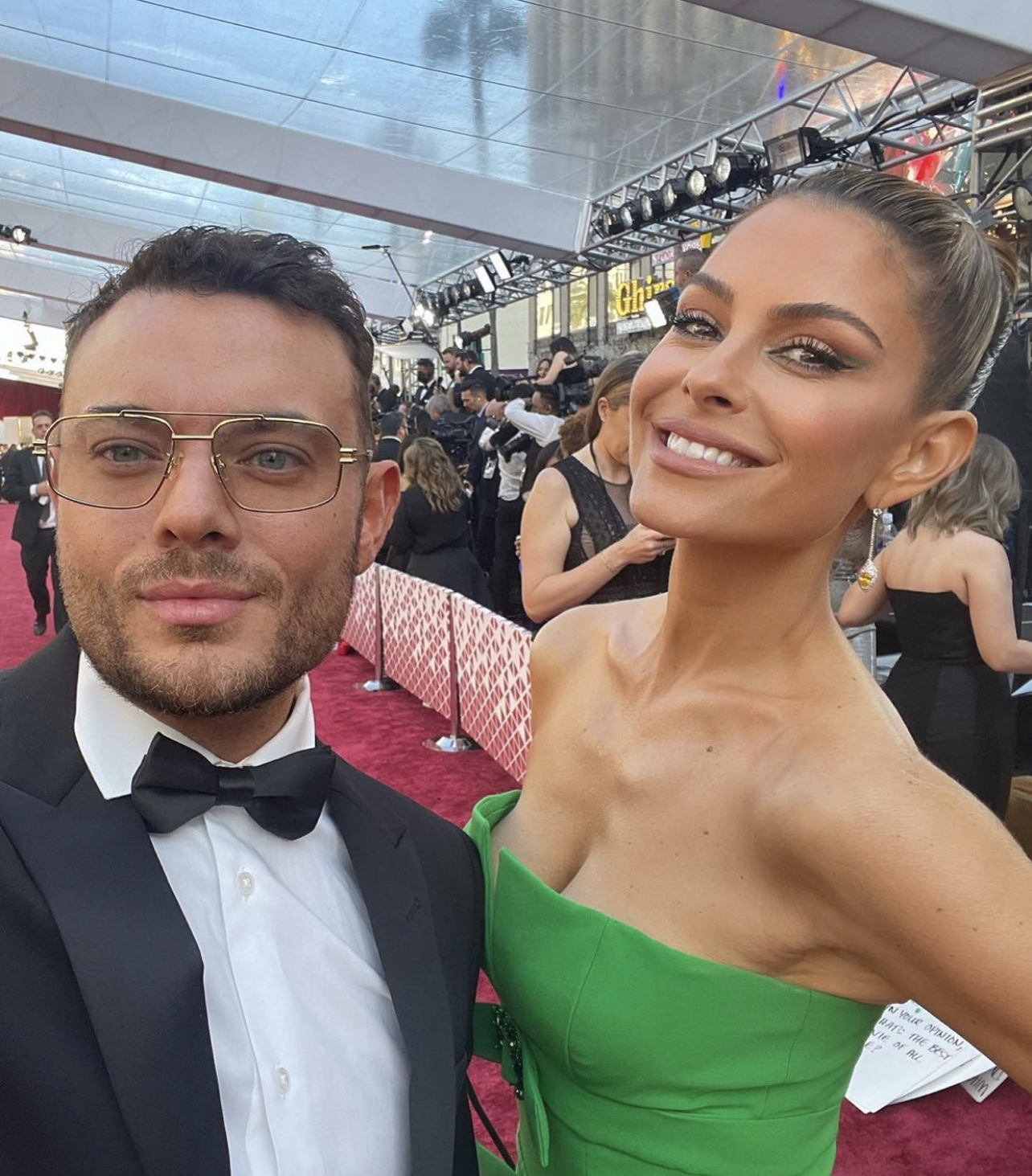 The basic principle of Giannetos is the following: “excellent in every way”. The less, the better. You do not necessarily need to apply black shadow or black eyeliner to emphasize the eyes. With very simple and natural shades in the colors of the sand you will have a perfect result that, when you see the photos after 10 years, you will not say “what was I thinking and I did this makeup” he said in an interview.

A woman can really be ready in a few minutes, as long as she has a nice base on her face, blush, eyelashes and a little blush on her mobile eyelid. I would suggest women not to be afraid to wear red lipstick. This way you create a statement, without having to spend endless hours in front of the mirror.

Apart from the Greek-American Maria Menounos, Giannetos has collaborated with big Hollywood names, such as Britney Spears, Camila Cabello, Alanis Morissette and others. His experience in the field of fashion is something that many of his colleagues would envy.

Dimitris Giannetos belongs to the new generation of immigrants, these children who left Greece with big dreams. In the case of Dimitris, his efforts “took place” thus making him an important model for future generations. She currently lives and works in Los Angeles doing great things every day, participating in the biggest fashion shows in the world and editing the appearance of the most famous ladies in the world. Greece is always the place that relaxes him and visits him as often as he can.