In the Greek list “30 under 30” of Forbes which includes the most successful young people under 30, is the name of 27-year-old Natalia Hantzi, who has managed to stand out in the field of tourism where it operates.

The young hotelier has taken over the reins of Avaton Luxury Hotel & Villas, which is located in a magical location in Halkidiki. In fact, in 2017 Avaton Luxury Villas Resort was the first Greek company to participate in the gift package given to Oscar nominees, winning a place in the international media.

Natalia Hatzi comes from the city of Thessaloniki and from a young age she dreamed of sharing with travelers from all over the world the place where she went on vacation as a child, something she managed at a very young age and in fact successfully. After studying at Brunel University in London, Natalia Hantzi decided to return to Greece and take up tourism. 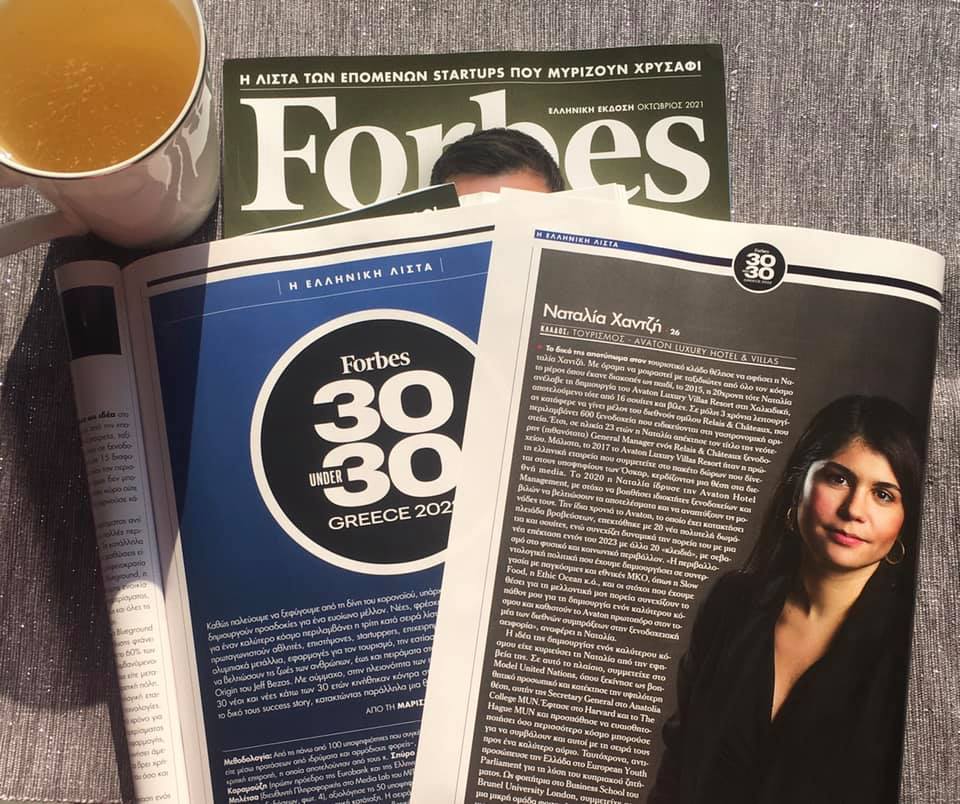 In 2015, the then 20-year-old Natalia, undertook the creation of the Avaton Luxury Villas Resort in Halkidiki, which then consisted of 16 suites and villas. In just 3 years, he managed to become a Member of the international group Relais & Châteaux, which includes 600 hotels that specialize in gastronomic excellence.

At the age of 23, Natalia Hantzi acquired the title of “the youngest (probably) General Manager of a Relais & Châteaux hotel”. In 2020 he founded Avaton Hotel Management, with the aim of helping hotel and villa owners improve their results and grow their units.

In the same year, Avaton – which has won many awards – was expanded with 20 new luxury rooms and suites, while it continues its course with a new expansion in 2023 with another 20, respecting the natural and social environment.

Forbes magazine makes a special reference to the unit’s environmental policy, which makes Avaton a pioneer in the field of international partnerships in hotel sustainability, as it collaborates with global and national NGOs such as Slow Food, Ethic Ocean, Arcturus and others.

Avaton Luxury Hotel & Villas, is an elegant and modern seaside resort overlooking the crystal clear blue-green waters of the Athos Halkidiki peninsula. It consists of 36 luxurious rooms, suites and villas, most of which have a private pool with built-in sunbeds that elevate the feeling of relaxation in Mediterranean gardens, which lead to a beach of unique beauty.

The 27-year-old dynamic entrepreneur spoke to the journalists about her position as general manager at the Avaton Luxury Villas Resort, her journey and distinctions, her future plans, as well as the challenges she has encountered due to gender and the young of her age.

From an early age, Natalia had a role model as her father, as she said in an interview. “The fact that business discussions have never been absent from the family table has prepared me to some degree for my future course,” he said. Asked how she felt when she learned of her Forbes distinction, she replied:

“The Forbes distinction gives me joy and even more strength to continue my efforts for an innovative course in the hotel industry.” 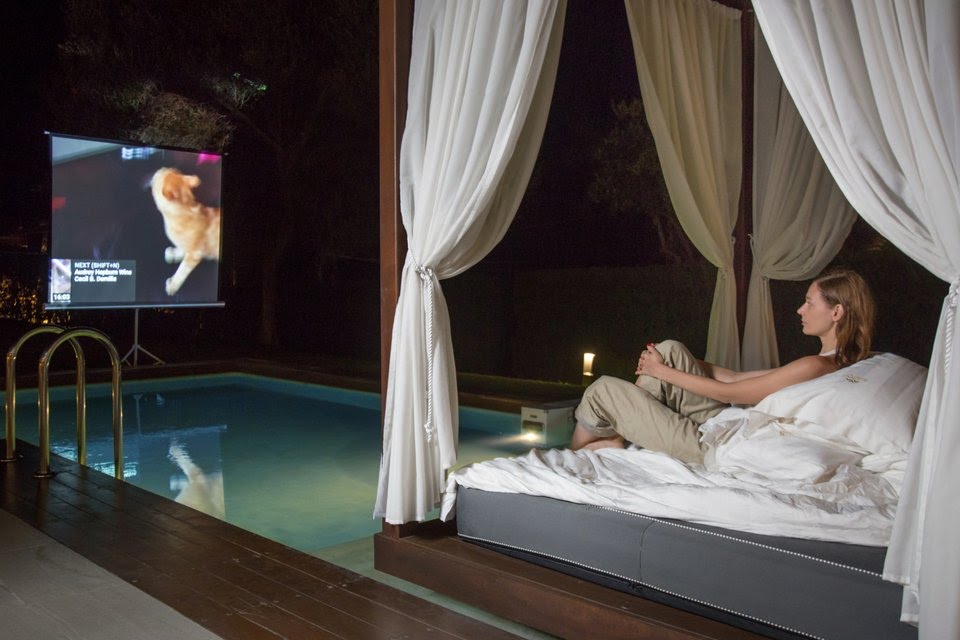 The history of Avaton Luxury Hotel & Villas began in 2015 when it first opened its doors on the Mount Athos peninsula in Halkidiki. In 2017 he became a member of the international group of Relais & Châteaux which consists of 600 hotels that specialize in gastronomic excellence. Avaton today consists of 36 luxurious rooms, suites and villas, most of which have a private pool. In 2023 it will be expanded with 20 new rooms and suites. 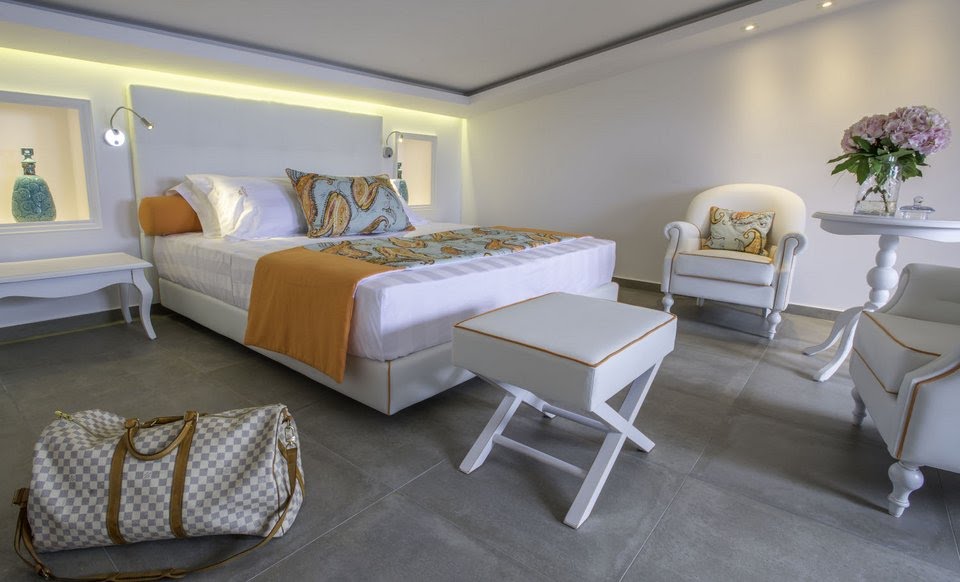 The property also has a restaurant, champagne bar, kids club, beauty & wellness cabana. Avaton was the first Greek company to participate in the gift package given to Oscar nominees, winning a place in television networks and magazines around the world. 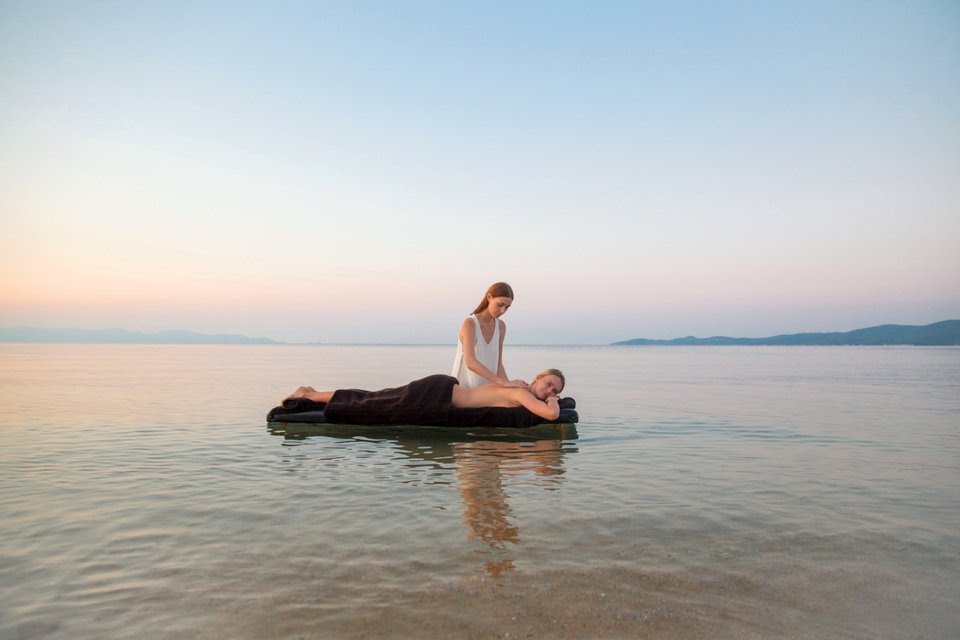 The name of Avaton refers to the monument of Mount Athos which is very close to the hotel but also to the exclusivity that is an integral part of its services.

The question is what makes the hotel so special? What can it offer to the traveler? Natalia Hatzi answers: “We appeal to lovers of gastronomy, sea and culture who are looking for personalized high quality services and unique experiences that will be unforgettable. Private yacht cruise around Mount Athos, helicopter flight, candlelit dinner for two on the beach, movie night in a private pool, sleeping under the starry sky and floating massage are just some of the services we offer ” . 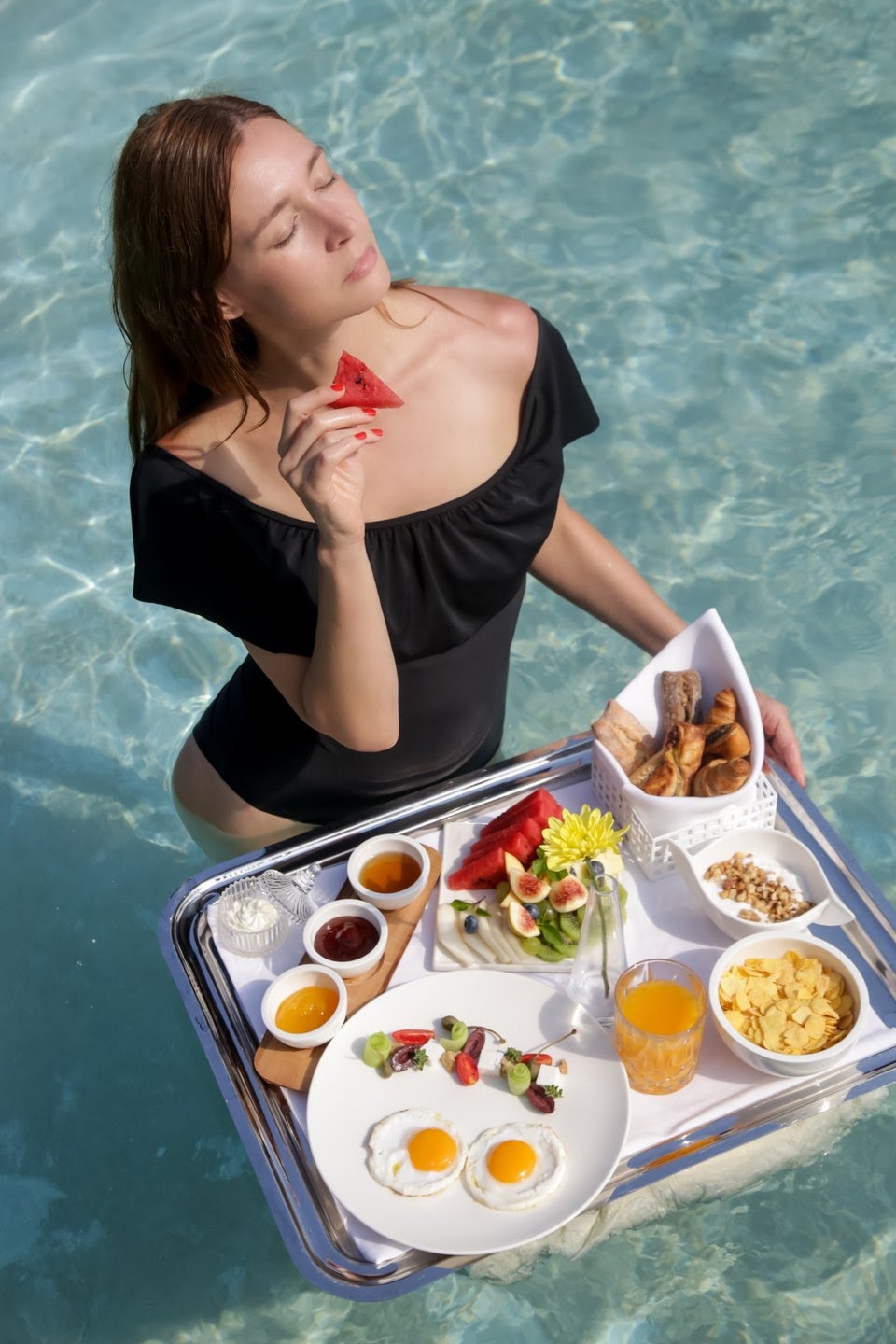 Natalia’s daily routine includes waking up in the morning and visiting all the departments to see for themselves how they work properly and the possible resolution of issues. He then gets in touch with as many residents as possible to understand their needs and improve their hotel experience. The day closes with an appointment at her office and emails about sales, marketing, revenue and quality management.

The road to Natalia Hatzi’s success has not always been easy, she said in an interview. “Many times there were prejudices regarding my young age, my gender and my lack of previous experience in the field of hospitality. To deal with them I tried to focus on the positives of these characteristics of mine in order to turn them into my competitive advantage. Young age provides the enthusiasm, endurance and appetite for hard work, while a lack of previous experience opens up a whole world full of creative and innovative ideas that others cannot see. “I believe that with knowledge, a critical eye, a realistic goal and a detailed plan, hard work, perseverance, strong business ethics and faith in our potential, everything is possible,” she said. 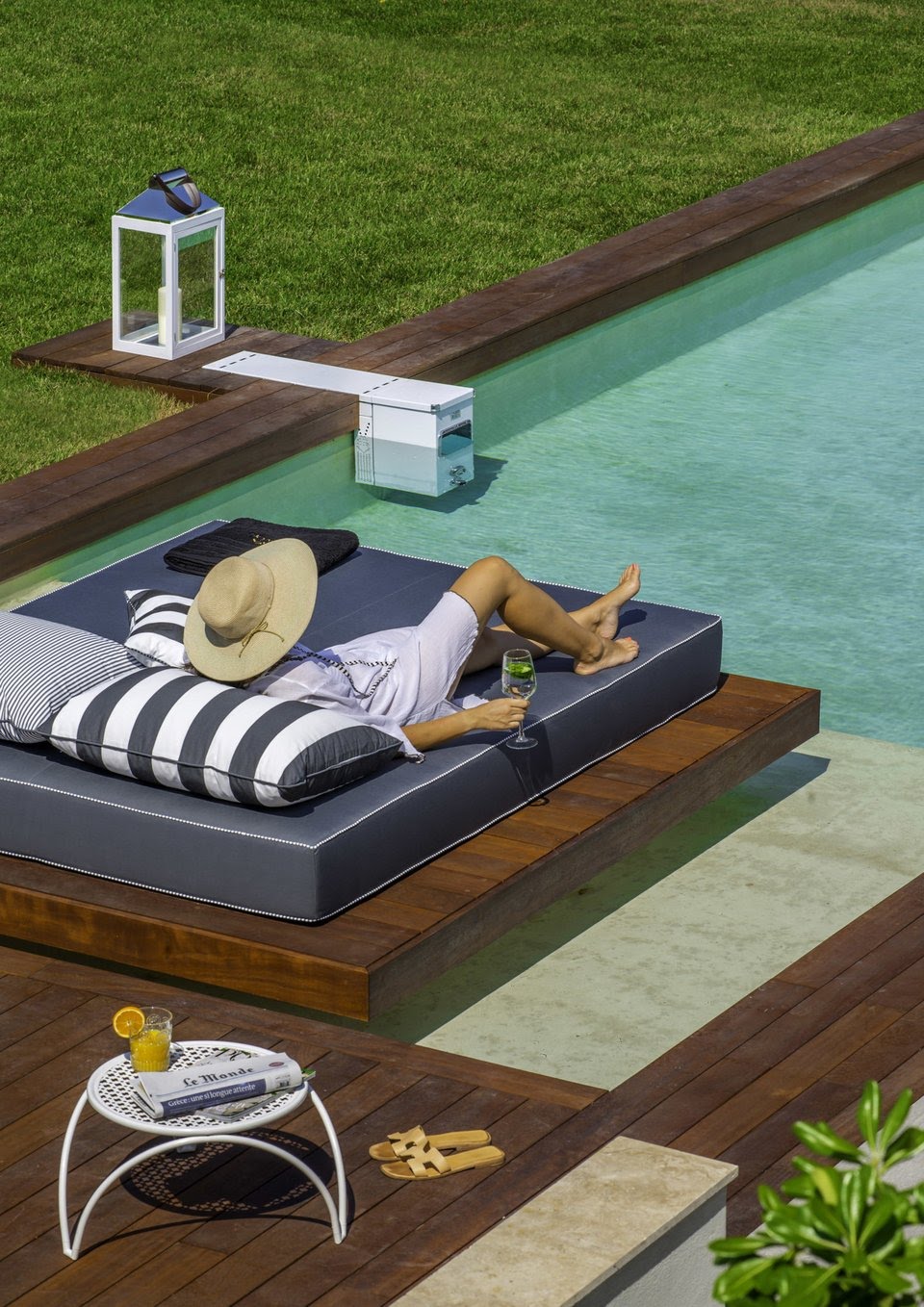 Asked about the position of women in the tourism sector, young Natalia said: “Throughout society, the gender gap has not closed. The remnants of the ingrained paternalistic norm of the last century, find women faced with phenomena of wage gap and exclusion from top positions as they are judged on the basis of their appearance, bodily functions and even their reproductive choices underestimating their value.

In tourism, statistics show that things are a little better than in other industries as customer service is crucial in the whole hierarchy and requires courtesy and patience, which are mainly considered “female characteristics” by modern society. “The road to gender equality remains a long one, but it is up to all of us to change the system (institutional and social) that prevents women from achieving what they really can and deserve.” 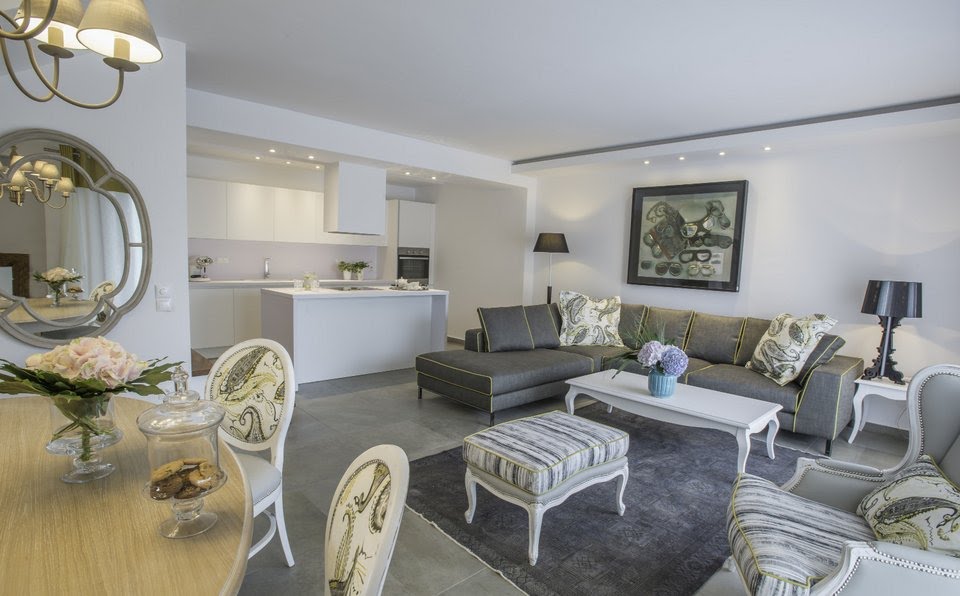 The look of the dynamic Natalia has optimism and vision for the future of tourism in Greece and more specifically in Halkidiki where the Avaton hotel unit is located. “The modern traveler is looking for special experiences for his vacation. Although units have been created in recent years based on these needs, there is a lot of room for development as the majority of tourist units are based on the model of tour operator based, mass tourism of previous decades.

Eastern Halkidiki has kept to some extent an authentic character and in recent years there are few people who try to plan some activities exclusively around this authenticity. It is the duty of all of us, who deal with tourism in Greece, to closely monitor global trends and developments and to constantly upgrade the Greek tourism product, so that our country’s heavy industry can take its rightful place on the world tourism map. . If we develop in this direction, the future of Greek tourism will be bright, she said in a recent interview. 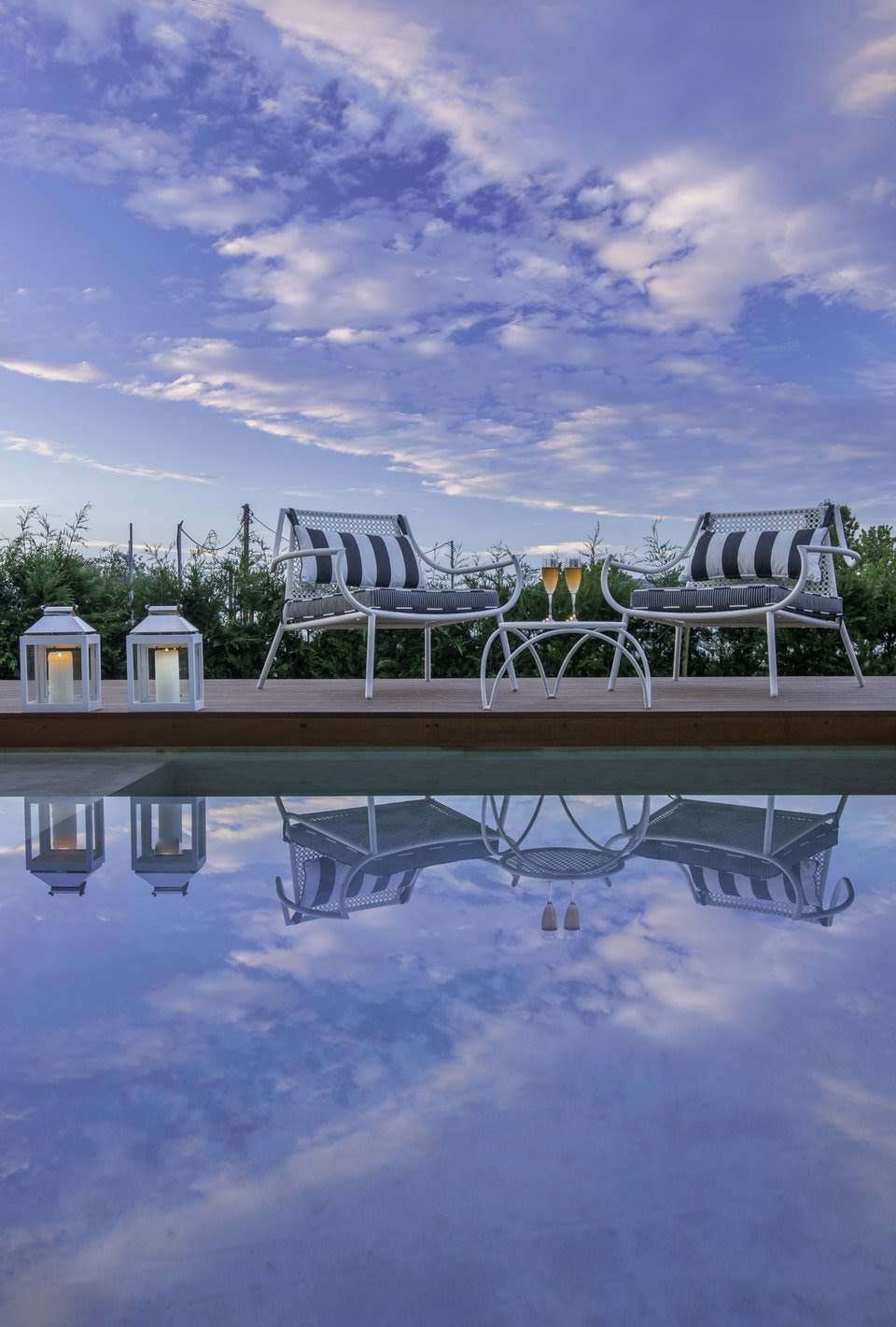 Her future plans are the promotion of the Avaton Hotel Management that she created recently to help the development of new hoteliers, but also the expansion of Avaton Luxury Hotel & Villas with new rooms and the further development in the field of sustainability in which they have invested a lot.

Natalia Hatzi is the hope for the present and the future, she is a dynamic young woman, with a vision and dreams that can conquer even higher peaks.