The Molecular Biologist of Silicon Valley

Faye Christodoulou is a Molecular Biologist pioneer in DNA and at the same time the  creator of an innovative device for the easy and reliable execution of laboratory experiments. A woman who is not complacent for a moment, from Athens who grew up in Silicon Valley and in Athens again.

She grew up in a family where half of the relatives were doctors, the other half businessmen. The same thing happens with her parents as well. Her mother is a pathologist, her father has his own company. “Since I was a child, I have been trying to balance between these two opposing forces. “Some people talked to me about the charm of Medicine, and others advised me not to become a doctor at all, because I would suffer and be paid five-fifths, but a businessman, so that I could have control of my own life,” he said in an interview. of. Her initial direction was to study economics but in the last years of high school thanks to an enlightened teacher, she loved molecular biology.

“I was initially fascinated by homeostasis and the work of the French Nobel Laureate in Physiology or Medicine (1965), Jacques Lisienne Mono and François Jacob. “Both scientists have shown how a biological system can self-regulate in order to keep its internal environment (composition and amount of fluids, temperature, pH, etc.) relatively stable, regardless of the conditions of the external environment,” he said. Thus learning all this he became almost obsessed with molecular biology and changed course. After her first degree in England, she did her PhD on the evolutionary role of small RNAs (non-coding molecules in genomes) at the famous European Molecular Biology Laboratory in Heidelberg – the “CERN of Molecular Biology”. 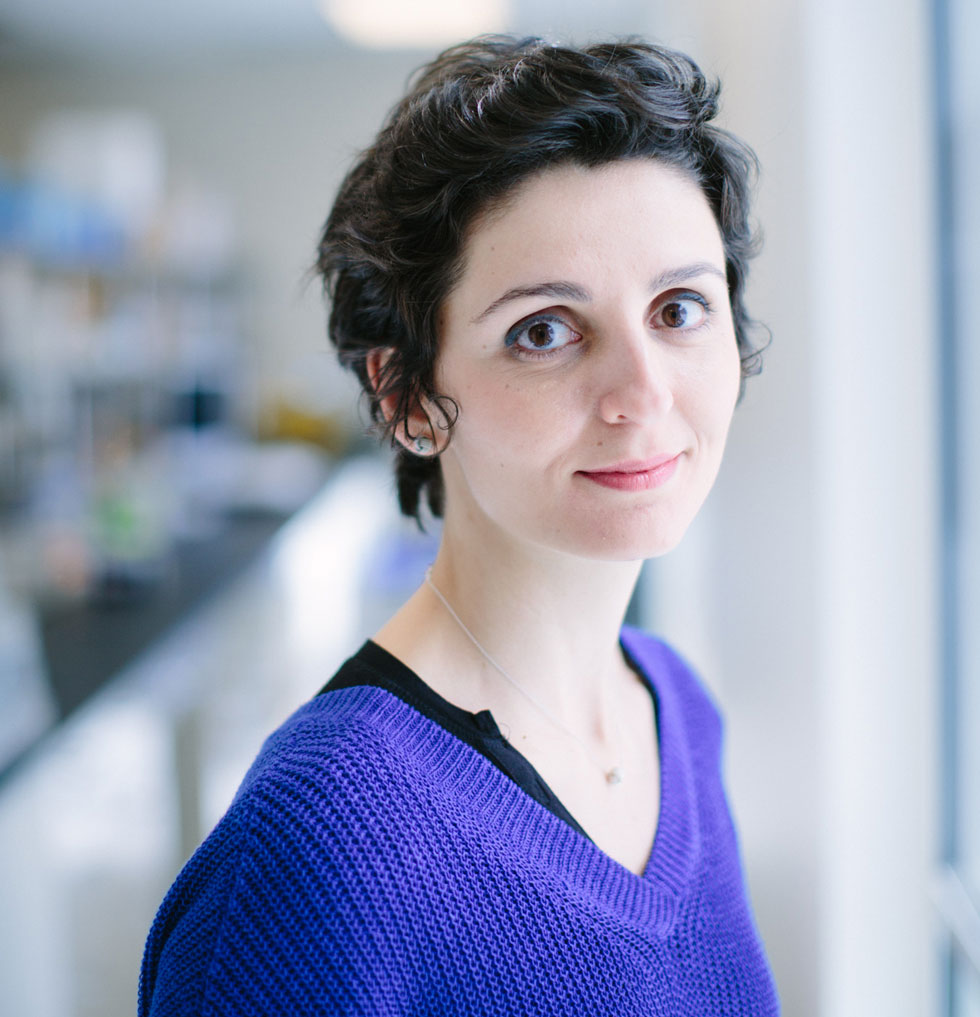 However, her ancestry and her stimuli did not leave her in “peace” .. Faye Christodoulou founded together with her associates a Startup company, Miroculus. “My career so far has had countless hours of work, a lot of stress and a little madness. “I left Greece as soon as I completed my postdoctoral studies, with the belief that what I will do will succeed even with ignorance of risk”, Faye admits in an interview. “I was not even thinking about something going wrong, I did not have a plan B. The obstacles we encountered from the day Miroculus was founded were many, but we did not stop fighting for a moment; we were stubborn. And now light is beginning to appear at the end of the tunnel. The joy and the pride to see our creation grow and become stronger were worth both the effort and the agony “. Eventually, the versatile Biologist found a way to combine both science and business, thus covering both sides of her parents. 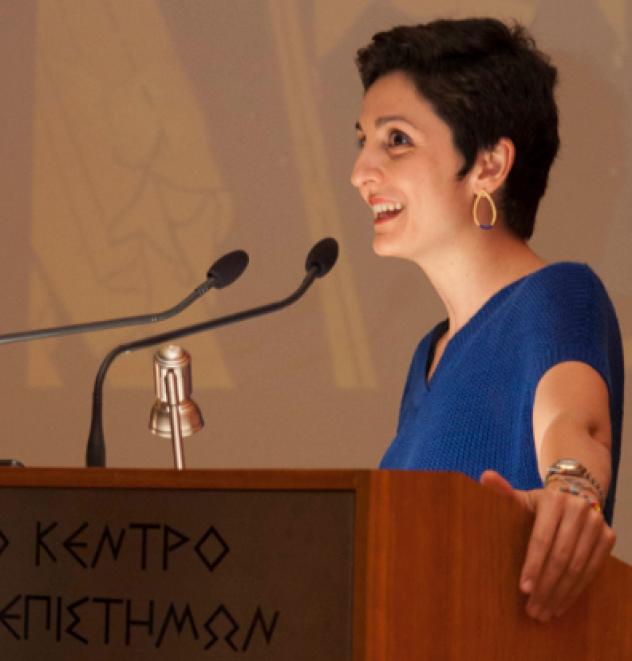 However, the road to Faia Christodoulou’s success was not always paved with rose petals. When she finished her doctorate and after an intense burn out, she decided to return home knowing from the beginning that her opportunities for advancement were minimal. “I have decided to return home, whatever that meant for my career,” he said. He first worked in a large private hospital and then in the NGO Biopolitiki. “I had also shifted my scientific interest to the microbiome, these so dynamic microbial communities that affect our health. I also wanted to study how the microbial diversity of Greece can be utilized as part of the gross national product. It may sound. Surreal, but our country has many unique germs that could have an industrial application. Unfortunately, my efforts did not succeed, I could not find funding… I had the flame, my mind generated ideas, but I did not have a network. So the ideas died, they did not find a way to implement them. This is perhaps a Greek pathogenesis. There are students in our universities with great ideas, but the Greek university ecosystem does not favor entrepreneurship – although I see something changing for the better in recent years. When I was studying, the only prospects I had were either getting a job at a big company or pursuing an academic career. At Singularity, in an interdisciplinary environment, I began to gain confidence. And when I met my partners, the έγινε click happened. “Since then I have not stopped thinking about what the next application will be!” she said in an interview. 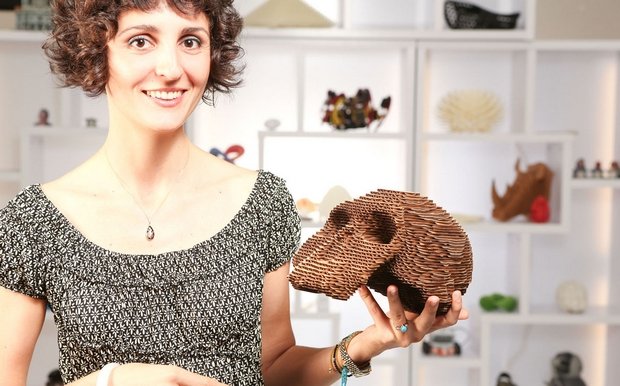 Faye Christodoulou is a molecular biologist and co-founder of Miroculus, a fast-growing Silicon Valley startup in the life sciences. San Francisco-based Miroculus has already secured more than $ 30 million in investments in the United States and is part of the Endeavor network. It produces an innovative product, the Miro Canvas, a small machine, which allows the easy and reliable execution of molecular biology protocols, fully automating the management of tiny fluid volumes (microfluidics). The company’s history begins six years ago with the fascinating “meeting” of science with entrepreneurship for Faye and her partners, Alejandro Tosigl from Chile (electrical engineer) and Jorge Soto from Mexico (business administration graduate) . They met at the American University of Singularity and despite their different backgrounds, they were united by a common desire to develop tools that will contribute to the promotion of scientific research in their home countries and beyond. “Alejandro puts the thinking of the engineer and the courage, Jorge is the business mind and I have taken on the scientific part; so, in addition to our fields of knowledge, our characters are complementary. Miroculus works as a rugby team, a sport I considered barbaric and disliked until I got to know it well. In rugby, you know, you will not see names, only numbers, on the players’ shirts. There is no Messi and Ronaldo, so no narcissism and selfishness, everyone has learned to function as a whole, with modesty. Respectively, in our company, we have realized that it is not always the “expert” who makes the right decision. “All opinions are heard and all the parameters of a choice are taken into account before we decide on our next move.” 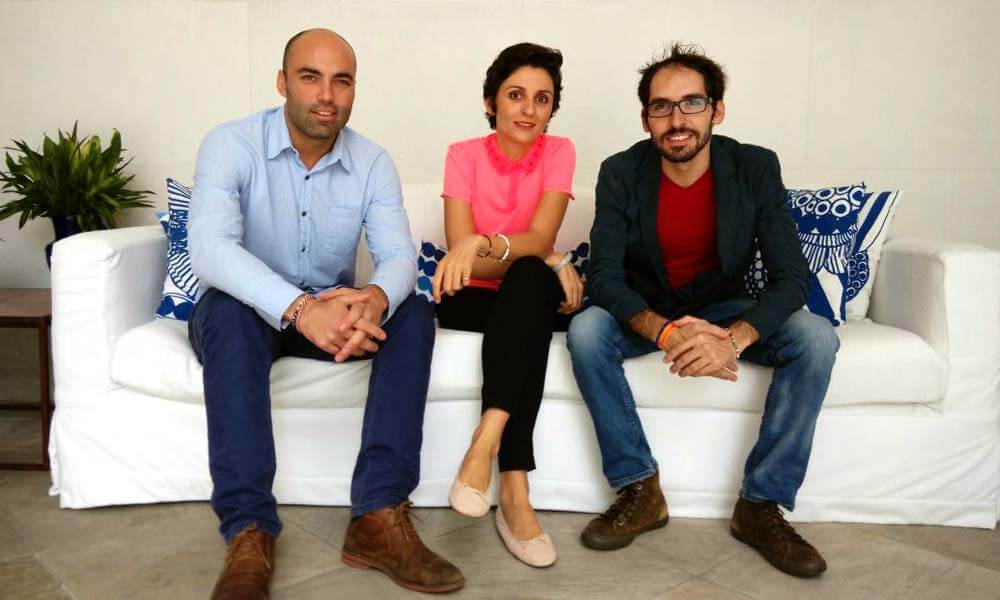 “Automation of experiments minimizes errors, infections and confusion of samples. “It also” returns “time to scientists who, instead of monitoring or performing the experiment, can engage in the design of new experiments or the reading of bibliography, among others,” explains Ms. Christodoulou. “We are convinced that by facilitating laboratory scientists – wherever they are in the world – with easy-to-use and accessible technological tools, we can accelerate scientific progress and improve the health of all of us,” she said in an interview.

In November, Miraculus launched the Miro Canvas. In addition, it announced its partnership with the American biotechnology company Twist Biosciences and signed a co-development agreement with the British pharmaceutical giant GlaxoSmithKline.

The technology used by vaccines has the following process: – a receptor that enters our body and delivers it to our cells to produce the antibodies that will protect us from the coronavirus. “It is true that this is a new technology that has not been tested for a long time, but that does not mean that these vaccines are not safe. After all, the risk of being left unvaccinated is far greater than the minimal possible side effects of a vaccine that is given to shield us against the virus. Honestly, I can not understand how vaccine deniers think at a time when the planet counts more than three million deaths from COVID-19. It is as if we have a war, we are surrounded by enemies ready to kill us and we discuss whether we should take up arms and defend ourselves and our families. I probably did not express it correctly. A pandemic is not like a war. It’s a war! ” Faye Christodoulou stated in a recent interview. 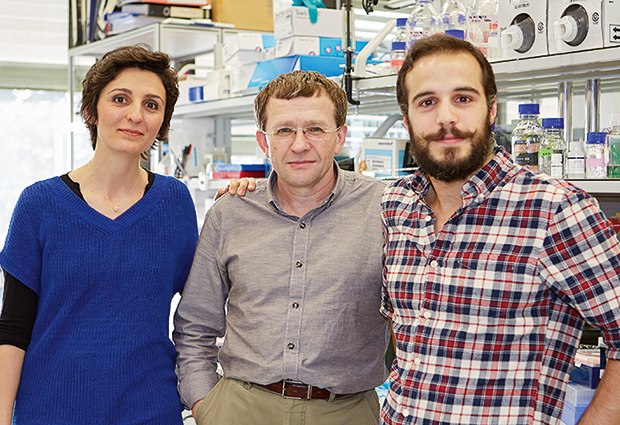 Asked what advice she would give to young students who would like to follow her own professional path, Ms. Christodoulou explains: us, who have crossed the rushing river. We will be happy to answer their questions. I would also advise them to talk to an open-minded professor who will not criticize them for their business acumen. Then it’s important to find the right network. There are many steps and great uncertainty until you set up a startup. You need people around you. “You can not run this ‘marathon’ alone,” said the Greek scientist.

Her relationship with Greece remains a relationship of love and contact since she visits her at every opportunity she finds. “I have missed the freedom and carelessness I feel in Greece” but through her experiences in Germany and America she realizes how much she has won for its science and not only. “In Germany, in the past, and now in the United States, I have learned to focus exclusively on my work and not to judge others. Also, I do not enter into a process of comparison with anyone. This is very important: I do not waste time and effort and devote all my energy to my goals… “. This is both the advice and the secret of its success.