The star of Beverly Hills

Gabrielle Carteris is the internationally renowned actor best known for her starring role in the legendary series “Beverly Hills”, while she has been twice president of the SAG-AFTRA Federation.

Born January 2, 1961, in Phoenix, USA, with her twin brother James, she was the daughter of Greek origin Ernest Carteris, a restaurant owner, and his wife, Marlen, of Jewish descent. 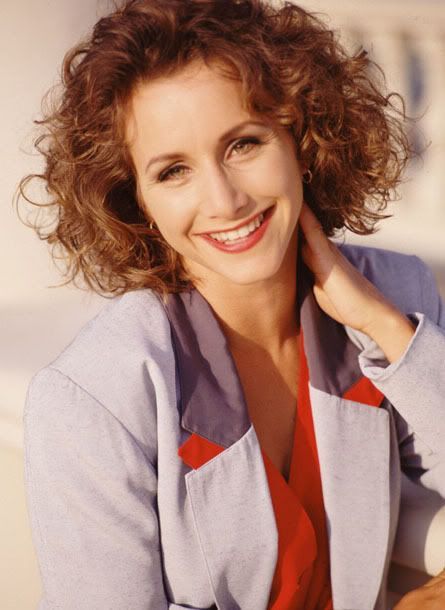 Her parents divorced when the children were just 6 months old, with their mother starting a new life in San Francisco, where she opened a children’s clothing store. Her grandparents moved in to help raise twins, while Gabrielle didn’t see her father until her teens.

Ernest returned to his family again and tried to be there, even after years, though Gabrielle did not see with good return his father, whom she always accused of abandoning her when she was still a baby. 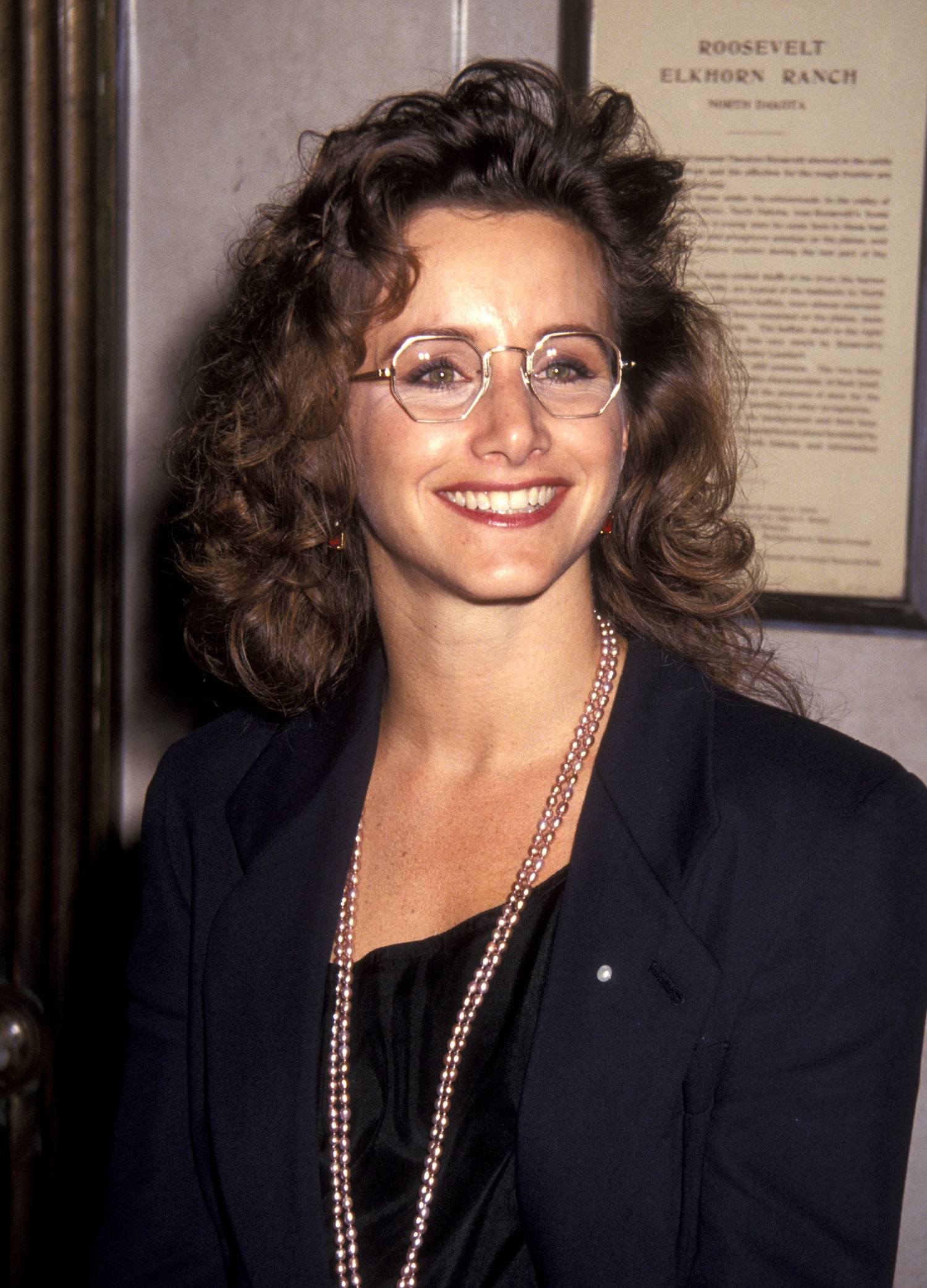 “Only now can I say that we are truly friends” the actress will say about her father much later. Ernest Carteris died in 2008, having restored the relationships with his famous daughter and her twin brother, who continues the family tradition, maintaining a children’s clothing business in San Francisco.

While attending Redwood High School in Larkspur, California, she took an interest in the arts, studying ballet and performing as a mime on a European tour, at 16 years old. She graduated from Sarah Lawrence College, in 1983, with a bachelor’s degree in liberal art. 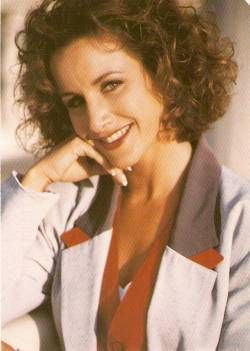 After graduating, Carteris’ early television career found her often auditioning for teen roles in series such as ABC Afterschool Specials, the CBS Schoolbreak Special, and the long-running soap opera Another World.

This tendency to play younger roles continued until 1990, when the Greek-born actress was cast for her best-known role as the school’s newspaper editor, Andrea Zuckerman, in Beverly Hills, 90210. At the age of 29, she was the oldest actress of the cast depicting a 15-year-old. 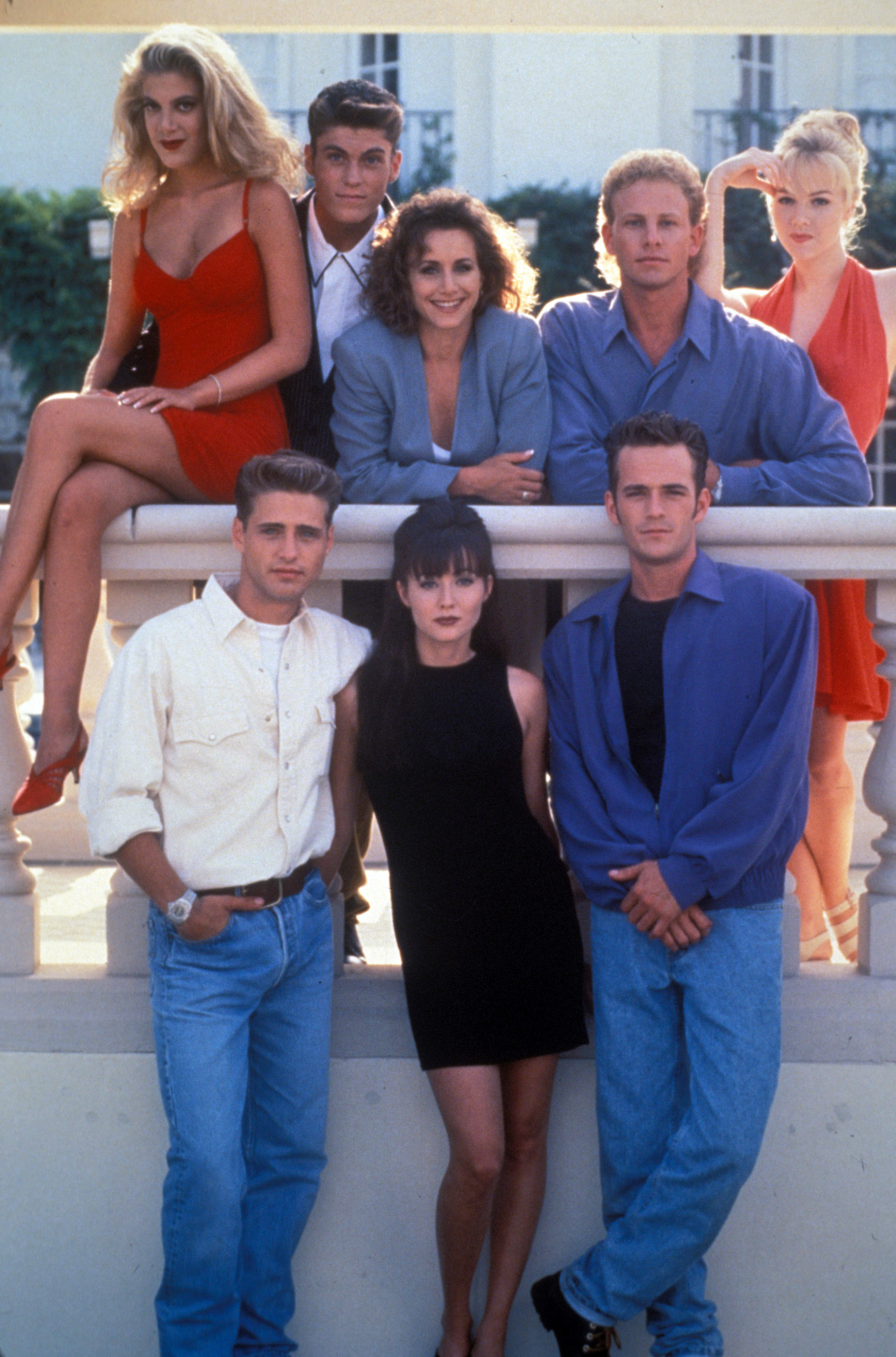 Carteris left the series in 1995 and became the host of her own television show, Gabrielle. She has worked regularly as an actress and voiceover artist, amassing a considerable amount of post-90210 credits in television, film, and video games.

She soon became a television movie star, having starred in about a dozen such films, her first being Seduced and Betrayed, released in 1995. Later, she became a regular on television, appearing in episodes of TV series such as Touched Angel, King of the Hill, NYPD Blue, JAG, Criminal Minds and NCIS. 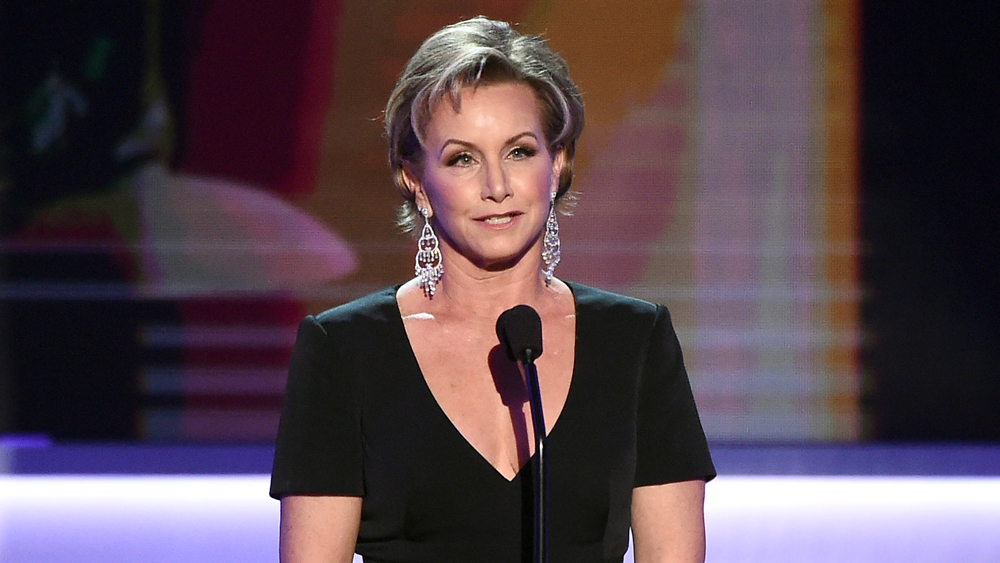 Moreover, she has appeared in many feature films and has given voice to Motorola’s smart assistant, “Mya”.

In 2019, she returned to “Beverly Hills” again with the series reunion, which lasted six episodes on Fox and millions of viewers around the world were waiting for. She’s also the vice president of the California Labor Federation. 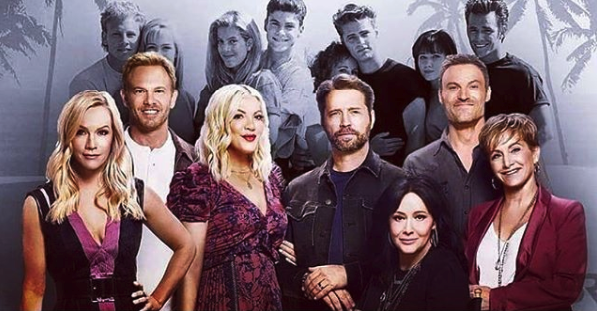 During the filming of Beverly Hills, 90210, the famous actress began dating Charles Isaacs, a broker who she got married after two years. They have two daughters, Kelsey Rose and Mollie Elizabeth.