The Greek choreographer who has conquered the German scene

Greek choreographer and artist Toula Limnaios is one of the most prominent figures in the German dance scene, who together with composer Ralf R. Ollertz founded the cie toula limnaios, a dance company where she is also an artistic director.

She was born in Athens in 1963, and as a child, her energy prompted her teachers to encourage her mother to enroll her in a dance class, “She’s full of energy and she has to focus that energy somewhere.” 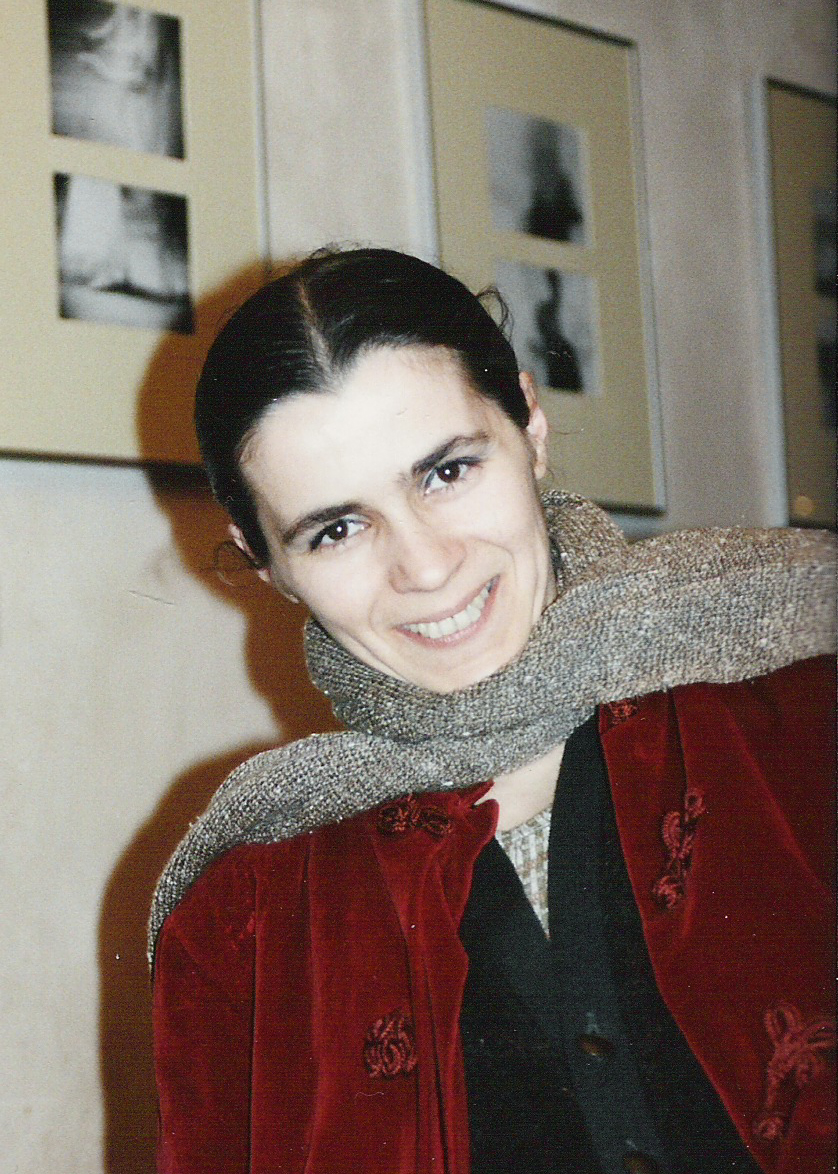 Moreover, as she has said, every person comes to this world for a reason and may not know why she is here, but she knows that she is not someone who communicates with the world and expresses herself in words. “Words are not my tool. But I’m always thirsty and hungry for movement, for action … It’s a need, a strong need. I’ve always been like that. ”

Thus, she was led to dancing, something that she felt was natural and right for her all along, as she did not need to speak and “through dance we move and talk with our souls. Or, let me tell you this: through dancing, it’s like talking to something bigger than us. ” 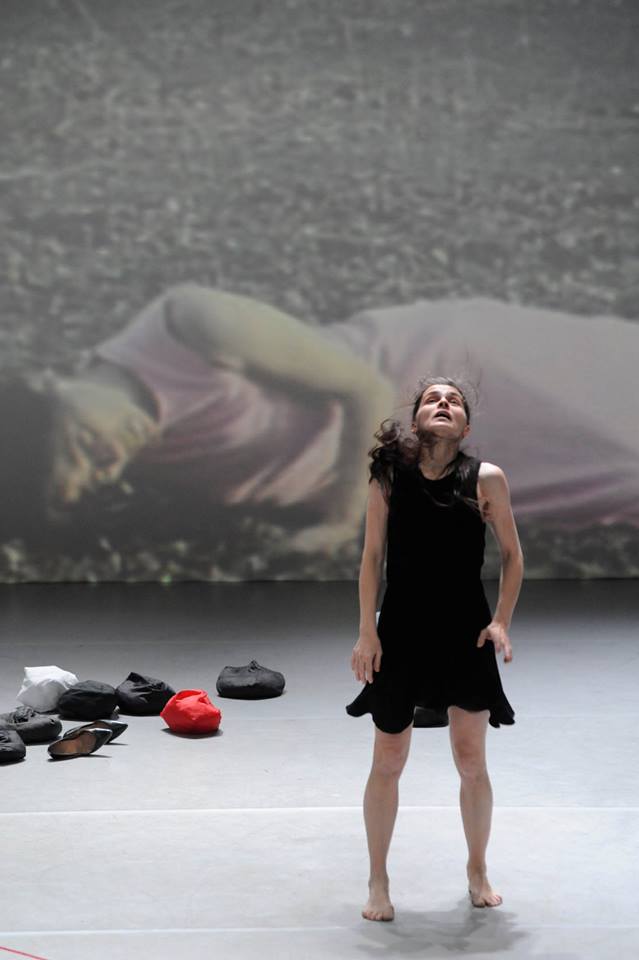 After completing her studies in classical and contemporary dance, M. Alexander and Laban technique, music and dance education in Brussels, she worked as a dancer with Claudio Bernardo and Régine Chopinot and as an assistant to Pierre Droulers.

Limnaios received further training at Folkwang University of the Arts, where she studied with the great Susanne Linke, Malou Airaudo, Jean Cébron, Lutz Förster and Dominique Mercy. Soon, she joined a Folkwang dance studio under the artistic direction of leading choreographer Pina Bausch. 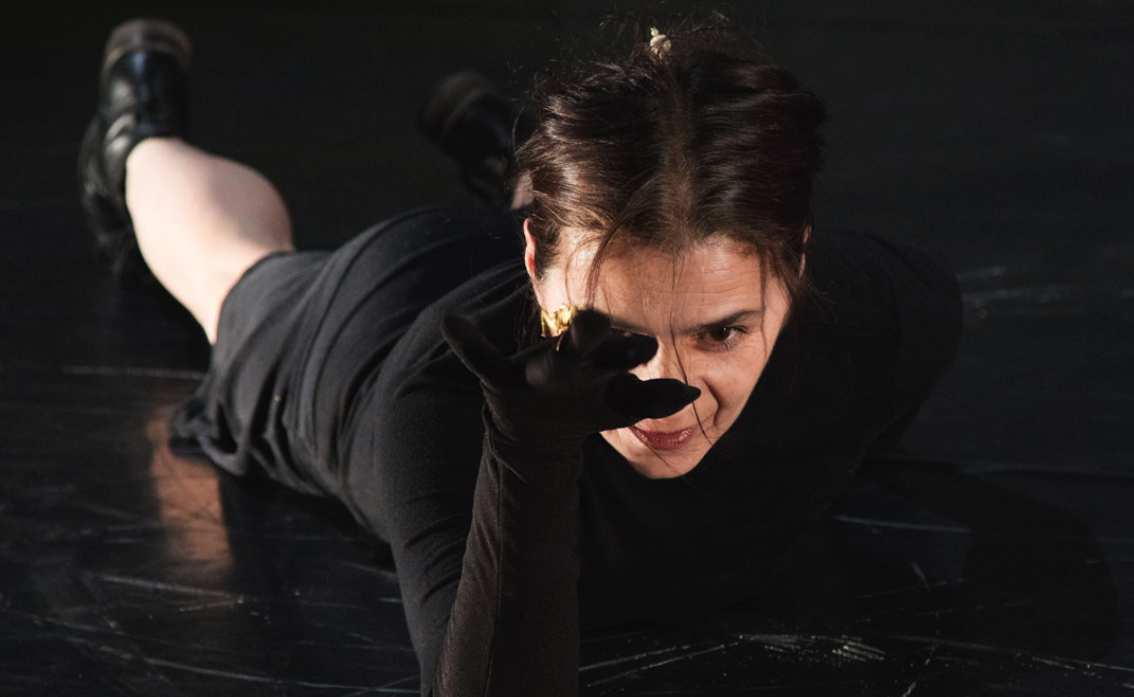 He began to gain prestige and become popular by featuring live improvisations by Duo Landscapes, a band she co-founded with musicians Conny Bauer and Peter Kowald.

Her collaboration with Ralf R. Ollertz began at a time when both were strangling in their collaborations, as they were not happy with the way music was understood and composed for dance performances. The norm indicated a kind of narrative music, very explanatory music that neither of them wanted. The only option was CDs of music that had already been created, something that didn’t satisfy her and didn’t meet her needs. 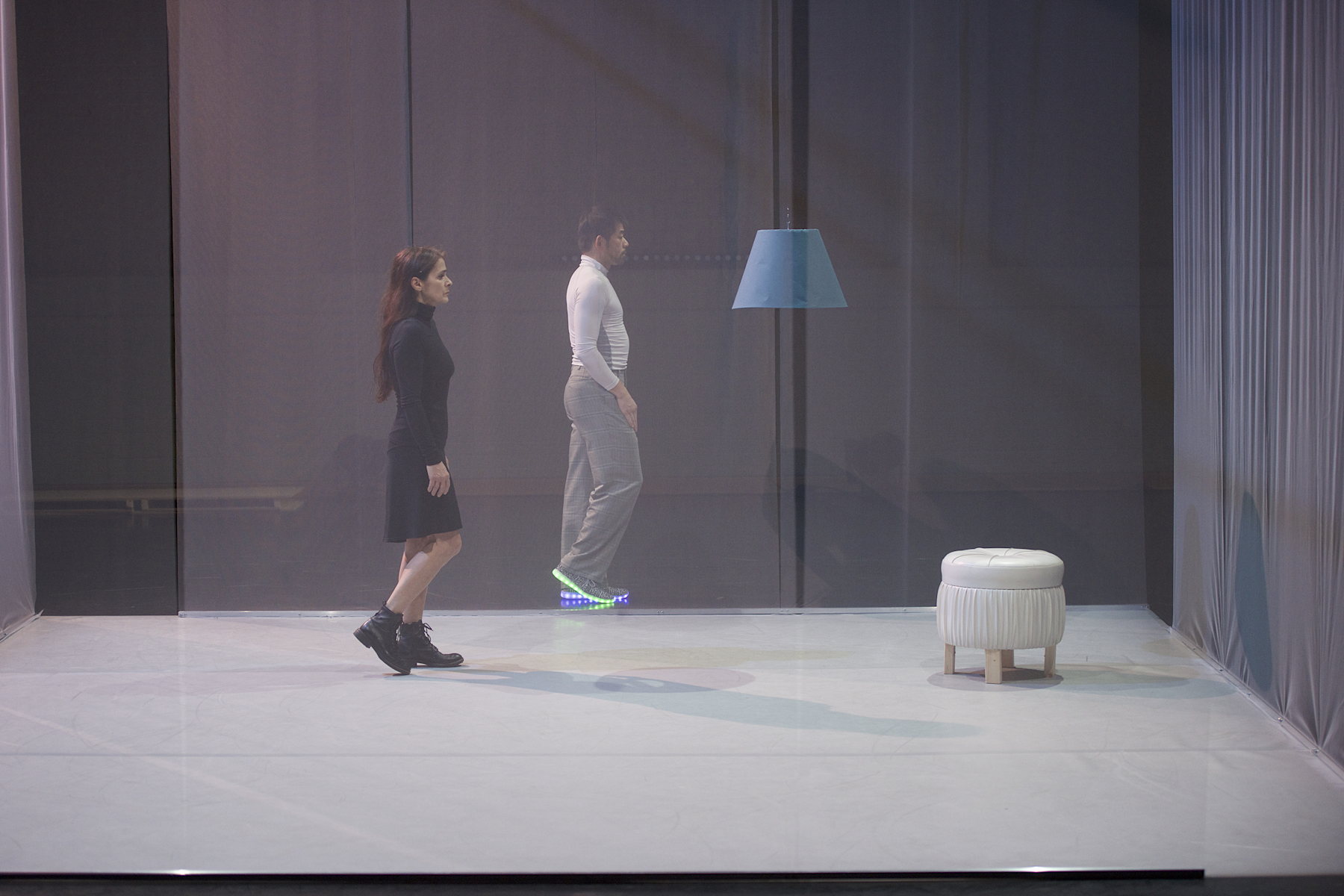 “When Ralph and I set up the company, we agreed that we would remain completely independent of each other. This means that Ralf’s music does not depict what we do, it is not descriptive of the movement. And we, in turn, do not interpret music,” the artist said.

Since the beginning, the music is being composed as the team works on choreography, with both sides working together and following their own creative paths. Sometimes the composition can follow an improvisation and other times it can be deflected and move on its own. What ultimately results is a dialogue of two separate, independent entities, each of which can continue to exist in the absence of the other.

Following the completion of the artist residency at the L’L Theater in 1997, the company moved its headquarters to Berlin, followed by frequent development of the ensemble. In 2001, the cie toula limnaios won the prize of Meeting Neuer Tanz Festival, and two years later, the company opened Halle Tanzbühne Berlin, its own performance space that soon became an internationally recognized production hall for dance art.

Due to its high artistic achievements, the company has been funded by the Berlin Culture Senate since 2005. Since that year, it has been a German dance representative for the Goethe Institute and the Federal Ministry of Foreign Affairs, performing throughout the world. It has also been awarded “Outstanding Ensemble” at the Independent Dance and Theater Fund by the Fonds Darstellende Künste for 2008-2010.

The company has been successfully collaborating with the Bregenz Festival, with its committee organizing a dance titled Tosca in 2008, and from 2009 to 2010, it has been working with Dance Company Jant Bi from Senegal. Its repertoire now includes 33 pieces and is constantly expanding, while in 2011, it celebrated its 15th anniversary and, in 2012, was honored with the George Tabori Award of the Performing Arts Fund. 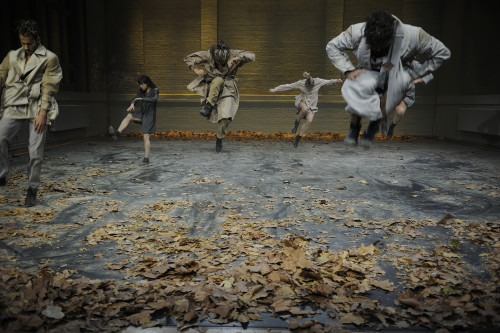 From the very beginning, thanks to its lean but highly efficient structure and international co-productions, Toula Limnaios’ team has consistently ensured high quality and is now one of the most successful dance companies in Germany. Her choreographic method presents a dance that, in an intense, critical and brave way, takes a stand for humanity, which is done by and for man.

Asked about the method and the way she uses to create a choreography with her team, she replies that for each scene in which she works with the dancers, the process is a bit different. “The way to create something new, to discover something, is never the same. We always arrive on a different path. However, my head is always overflowing with pictures. Since I was a little girl, I have confidence in my very rich visual imagination. ” 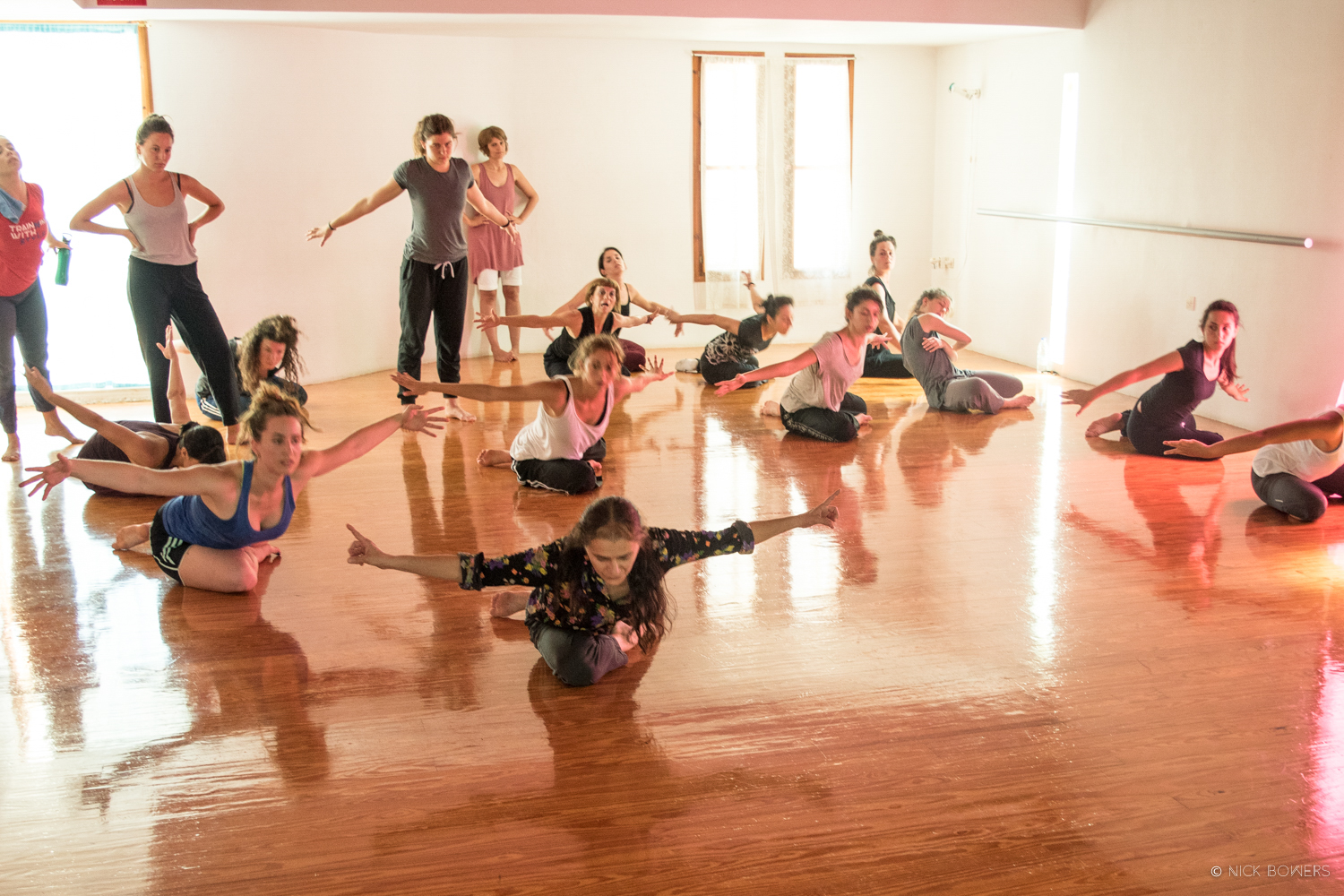 She is often asked how she manages to produce two productions in the same year, how she has so many ideas, and her answer is that images continue to come and multiply as she works with dancers, as experimentation and work activate her visual imagination. “Of course, I also depend on the dancers, to whom I ask questions, with whom I share ideas. Improvisation is an integral part of our creative process, of course. And then it’s time to turn images into motion, in specific situations. ”

As a viewer in the audience, one has to do some self-editing to be able to watch the show, choose who to follow, and turn their attention to one dancer after the other. This phenomenon is crucial for the creator, as the team works extensively with associations and strives to reach an emotion or image through indirect paths.

“For example, when my subjects are passion and pain and I look for images in my head, I have to lead you through indirect correlations. Each subject the dancer deals with has at least four or five meanings. Dramaturgy is not completely open, we have a line running through the piece, in a way that is developing. But this is still done in an open way, so that the audience can create their own stories, create their own collections, edit their own visuals. The choreography I do is polyphonic. As a viewer, you have to make your own choice,” says the Greek choreographer.

In addition to managing the team, Toula Limnaios also works as a guest choreographer at the Osnabrueck Theater and the University of Frankfurt. From 2007 to 2008, she was a lecturer at the Ernst Busch Academy of Dramatic Arts in Berlin. 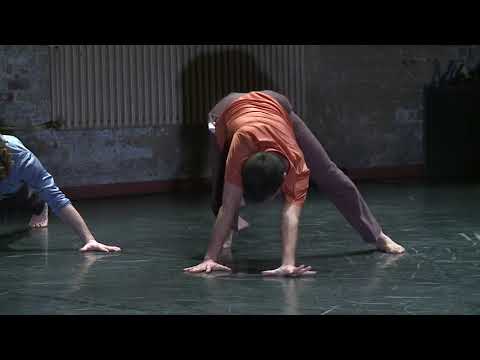