The Greek butcher who conquers the international modeling stage

Ilias Avantiras is an internationally renowned model of Greek descent who has taken part in runways in New York, Milan and Paris, in photoshootings at leading fashion magazines around the world, collaborated with major fashion designers, and has been the face of a lingerie company in Scandinavia, as well as in the Canary Islands for the campaign of the Spanish shopping center “El Corte Inglés”. 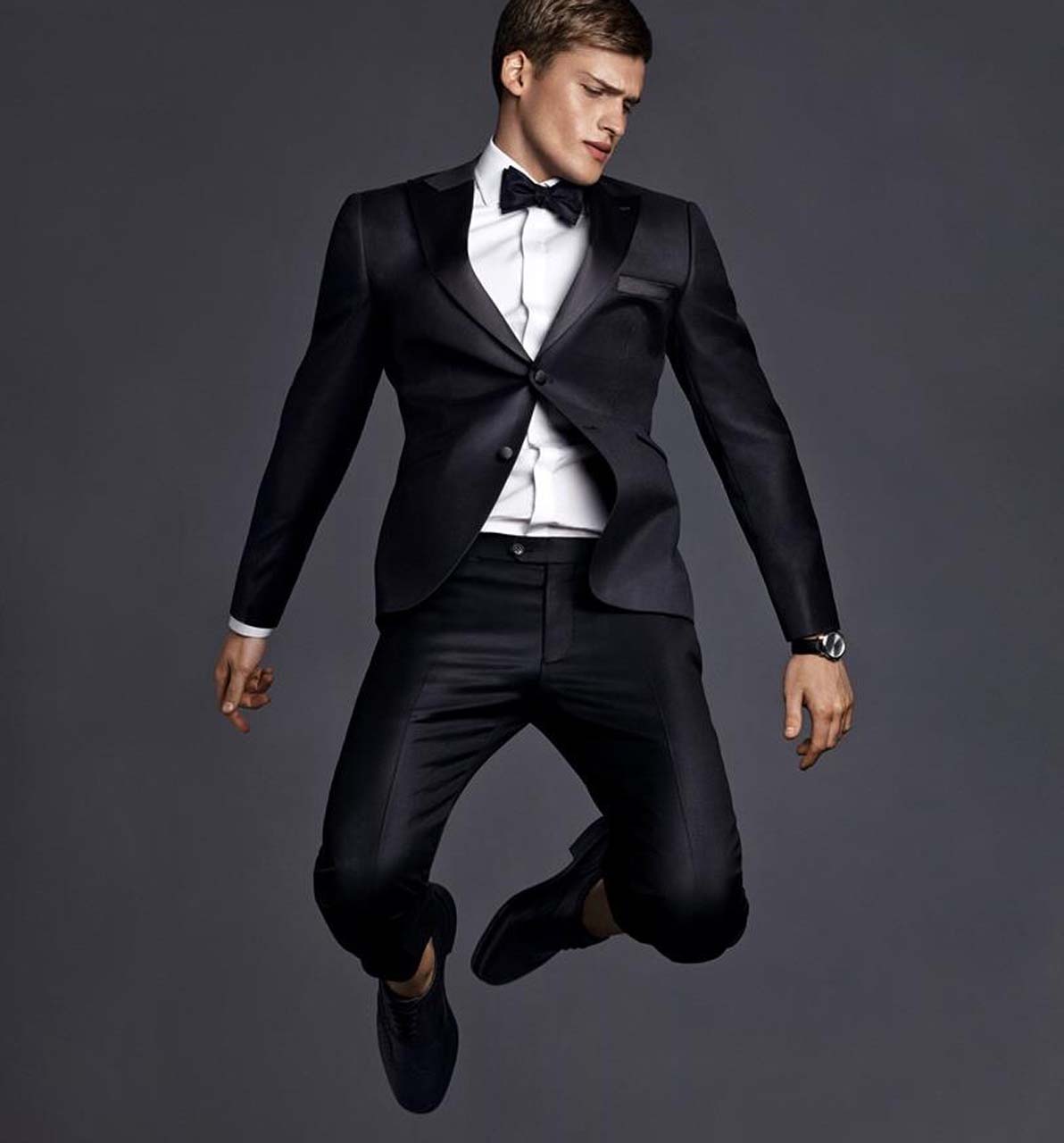 The young model, as a child, used to help his father in the family’s butcher shop in New Heraklion, Greece, while growing up, he became his assistant and worked alongside him regularly. So when his father needed to retire, the family business passed into Ilias’ hands.

While his classmates were studying to take introductory exams for the University, he enrolled at the Athens Butchers School, where he learned to distinguish good meat and became an expert in its various cutting methods. 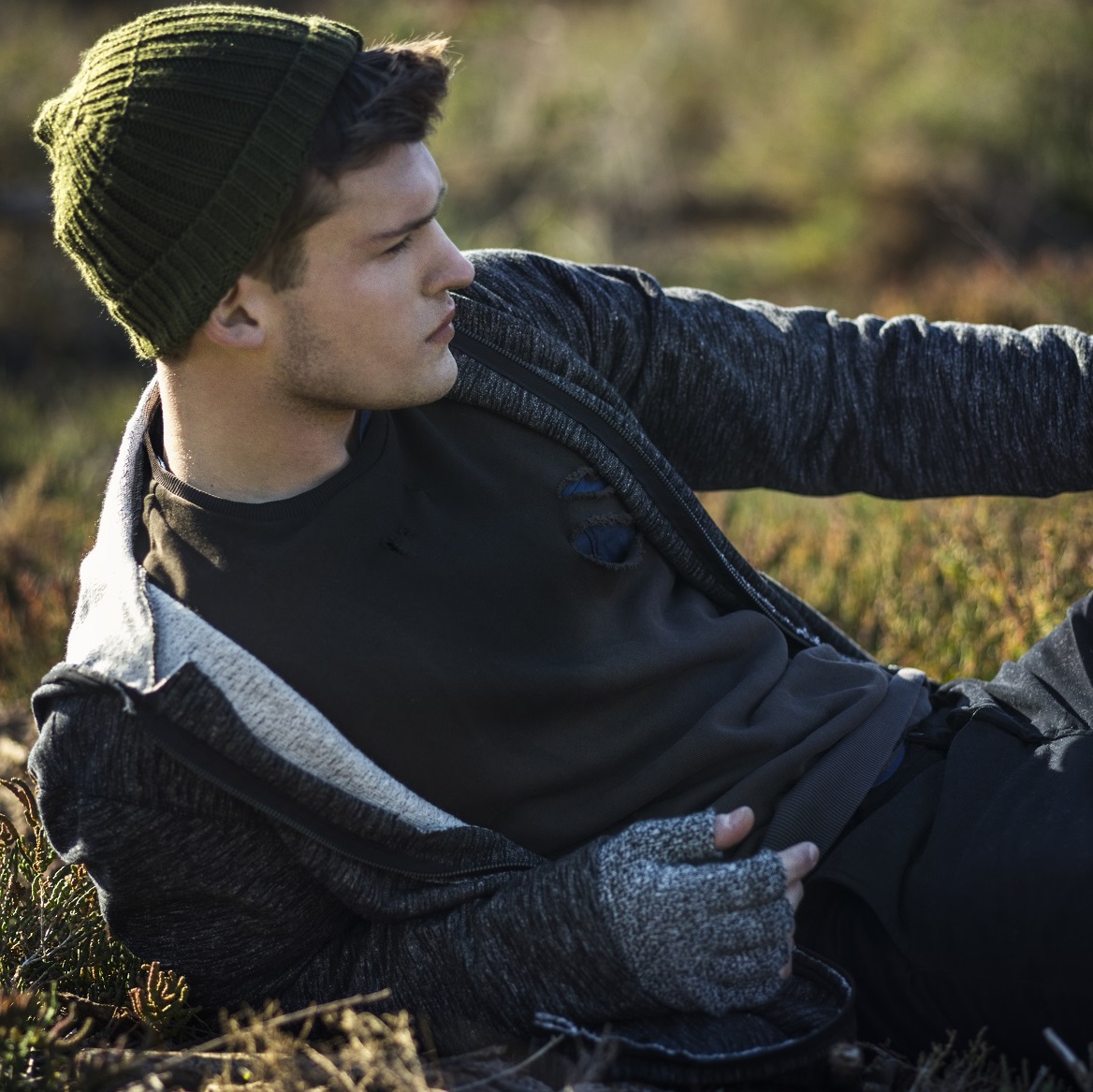 However, he had always been interested in fashion, that is why from a young age he used to “maniacally” buy clothes – as he has said – and followed trends and styles – though he never thought he could work professionally in this area.

When he was 18, Ilias had an active presence on Facebook with photos of his daily life, an activity that caught the attention of booker Cleopatra Farri of the Ace models agency, which “discovered” him and showed him the way to success – not something uncommon in this area, as many big names now dominating the map of world fashion were discovered by a scout quite by accident. 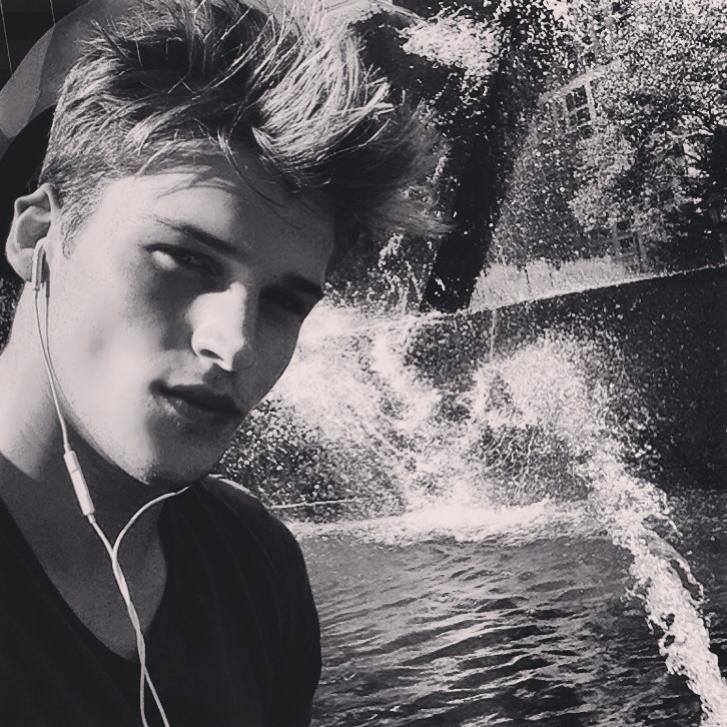 Despite his father’s dream of running the family business, the now 34-year-old decided to follow his own path, a decision that initially shocked his parents. “I hadn’t finished my courses at the Butchers School yet when I went into our shop to let them know that in a few days I would change my career by doing my first photo shoot,” he confessed in an interview. “My father was staring at me for quite a while and was obviously shocked. I felt his despair while he put the goods in the fridge. ”

Despite the initial surprise, the matter was settled rather quickly, as his parents accepted that everyone has to choose what they think will make them happy in their lives – as he has commented. “They quickly realized that I was not treating modeling as a youthful craze but as a new passion. From that moment on, they became two happy people. “ 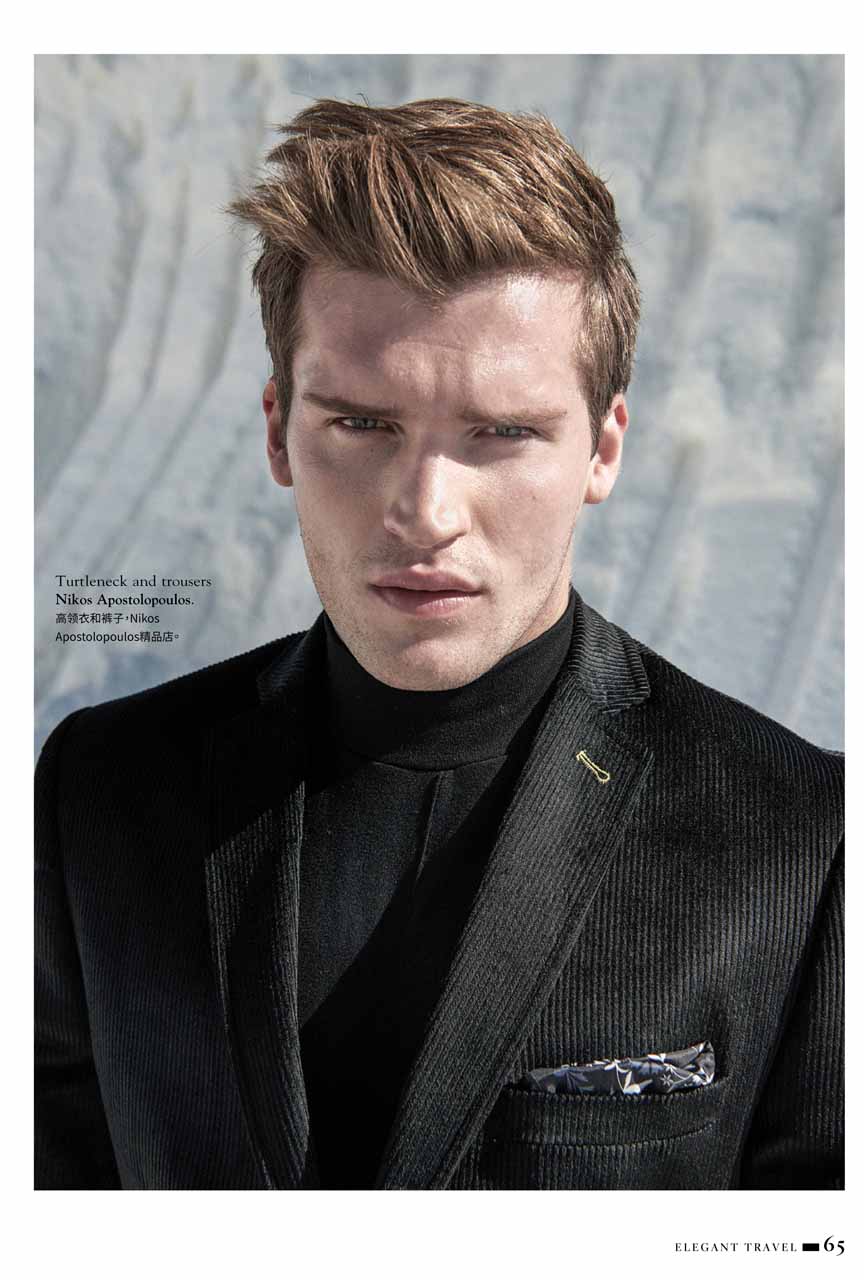 From the very beginning, he was able to work as a model in Hamburg, Milan, London and Paris, while a proposal he accepted at the age of 20 made him stay in New York for at least eight months.

In 2013, he made his first major collaboration, an Editorial, with L’Officiel Hommes magazine, “Breaking Bad”, while at the same time participated in the Editorial “Gods of Beauty: 50 Portraits by Daniel Jaems (part 1)”. 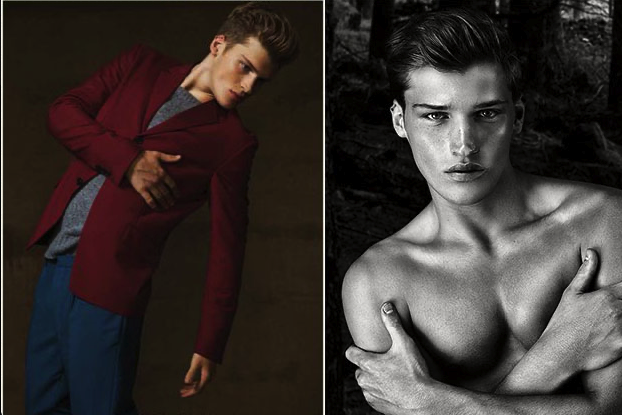 The following year proved to be full of new, brilliant collaborations that every model hopes to achieve in their career. Among them was his first participation in the men’s catwalk of the big fashion brand Dsquared2, in January 2014, while in February he participated in the Editorial of one of the largest magazines in China, FHM Collections (China). 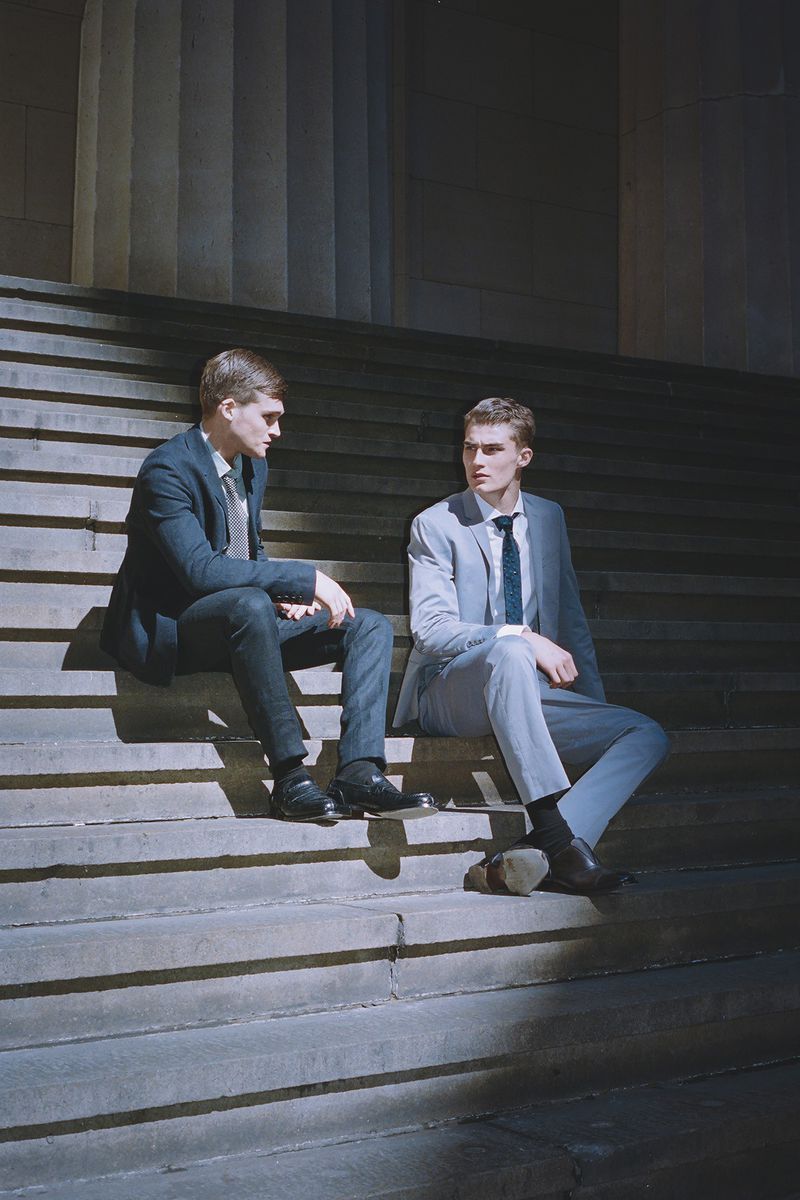 In April, the biggest collaboration in his career to that date took place, with Giorgio Armani finding in the face of the Greek man the one he was looking for for his then-summer male series “Armani Exchange”. The experience was unique, as he was photographed in one of Manhattan’s most organized studios, posing next to famous models, including Victoria’s Secret ‘angel’, Sharam Diniz. 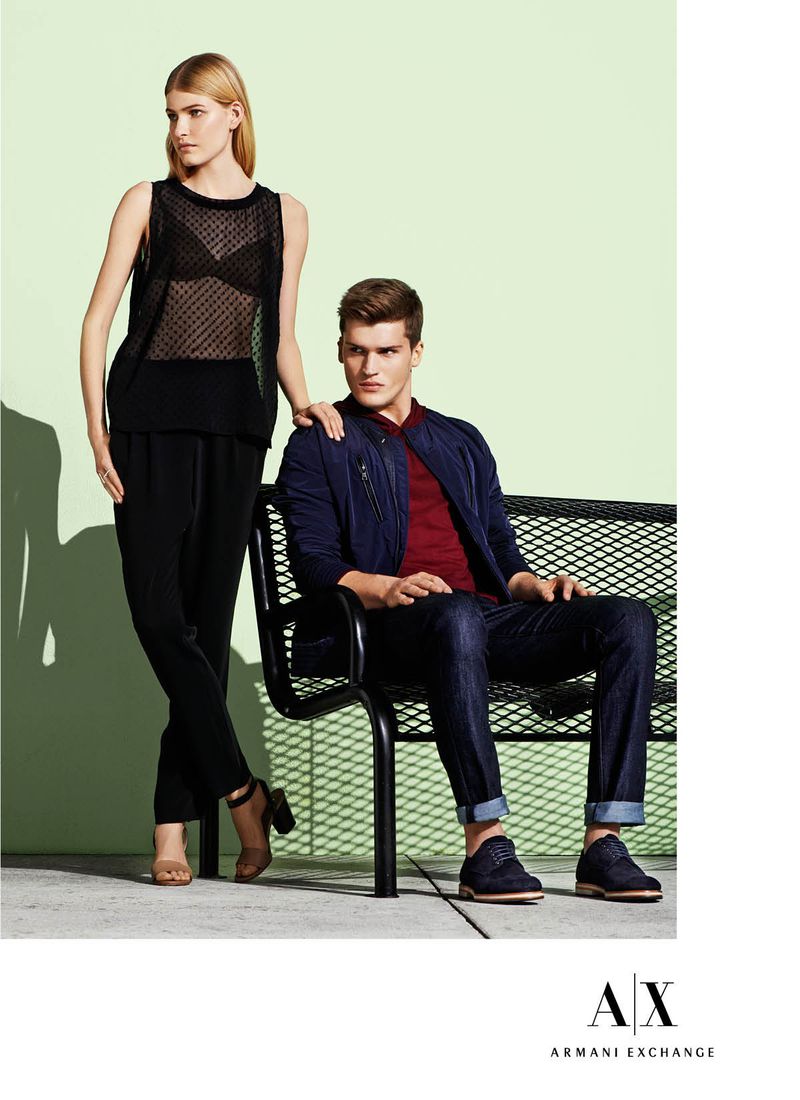 Dsquared cooperated again with Ilias Avantiras the same year, while his name had already begun to stand out among the multitude of models with an international career, making it to most of the biggest shows in Milan.

Soon, huge partnerships came with Esquire, BSB, Vogue, Ralph Lauren, Polo, and in 2019 he became the face of Gap’s global campaign. “When you do an international campaign, that’s what happens. Gap opened the door for great jobs in America. As my work came out, my agency started receiving a lot of suggestions and I’m constantly going to castings,” he admits.

The first three times Ilias Avantiras attempted to relocate to the US, he faced difficulties, as the international fashion market has such competition that it is extremely difficult for a model to prevail. But he did not give up, he dug his heels in, as he has said, and with effort and perseverance came the desired results.

He now feels complete and happy, having managed to live comfortably in the metropolis of fashion with the money he earns exclusively from modeling. “I’ve rented my own home in a beautiful New York neighborhood. I no longer need any other source of income,” he confesses to the “Gala”. “I make good money, though the men’s emoluments are not the same as the women’s. But it allows you to live in dignity. ” 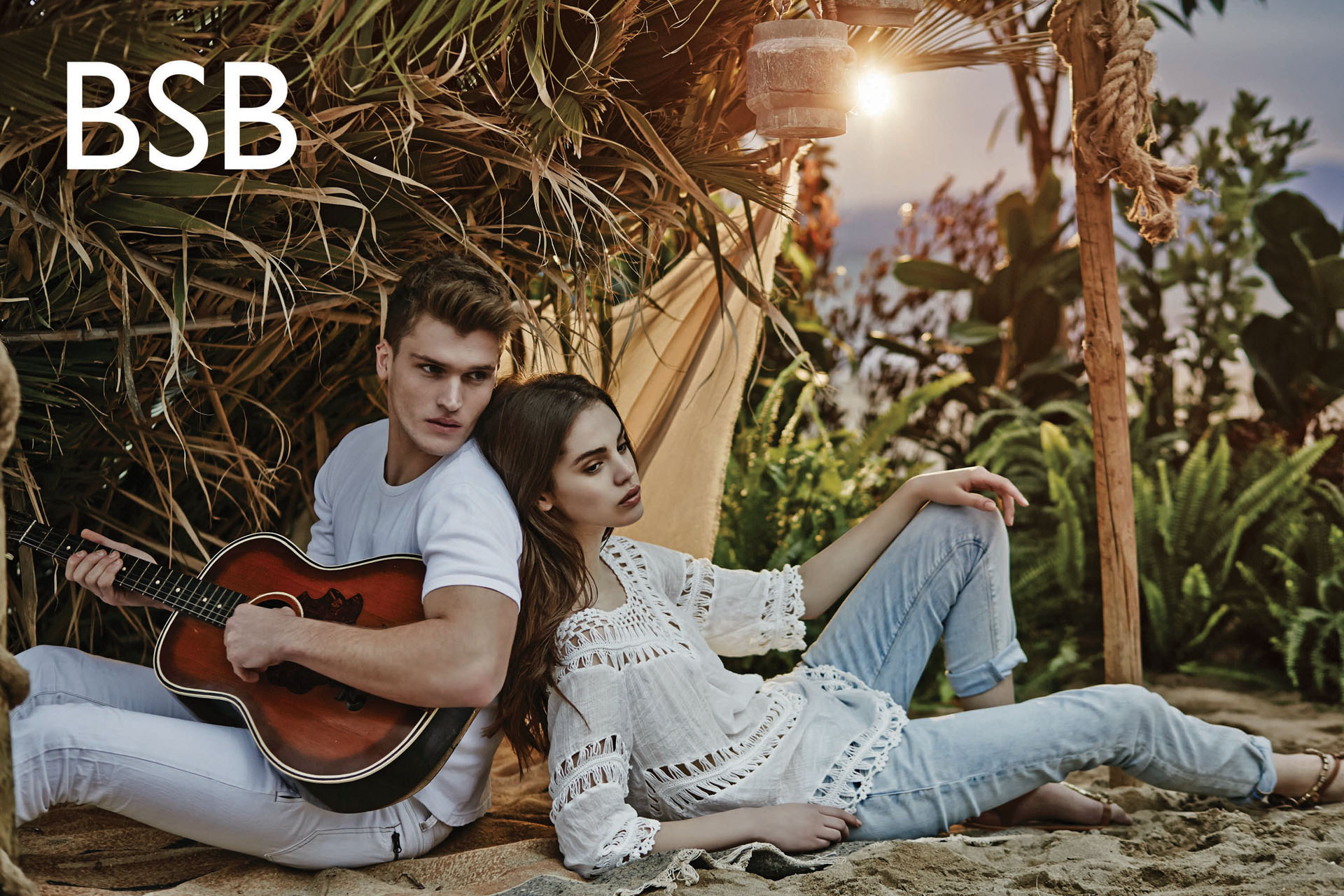 His daily schedule is almost spartan as he wakes up early and is on the road all day for work. “I have almost daily photographs for catalogs, magazines and campaigns. In the evening, I’ll have dinner with my friends at one of the trendy hangouts in the city. But usually, I sleep early. At this time, I only focus on fashion, which is my priority. ”

As for the model’s job, he has come to realize that it throws one into deep waters from the early stages – but you need to be down to earth so that you can enjoy the moments modeling gives. “I feel very happy about the important collaborations I have made over the years in fashion and I wish this beautiful journey to continue.” One of the main things that fascinates him about modeling is the journeys and experiences he gets each time, as well as the transformations, depending on the needs of each campaign, as well as becoming a bit of an actor, as he admits. 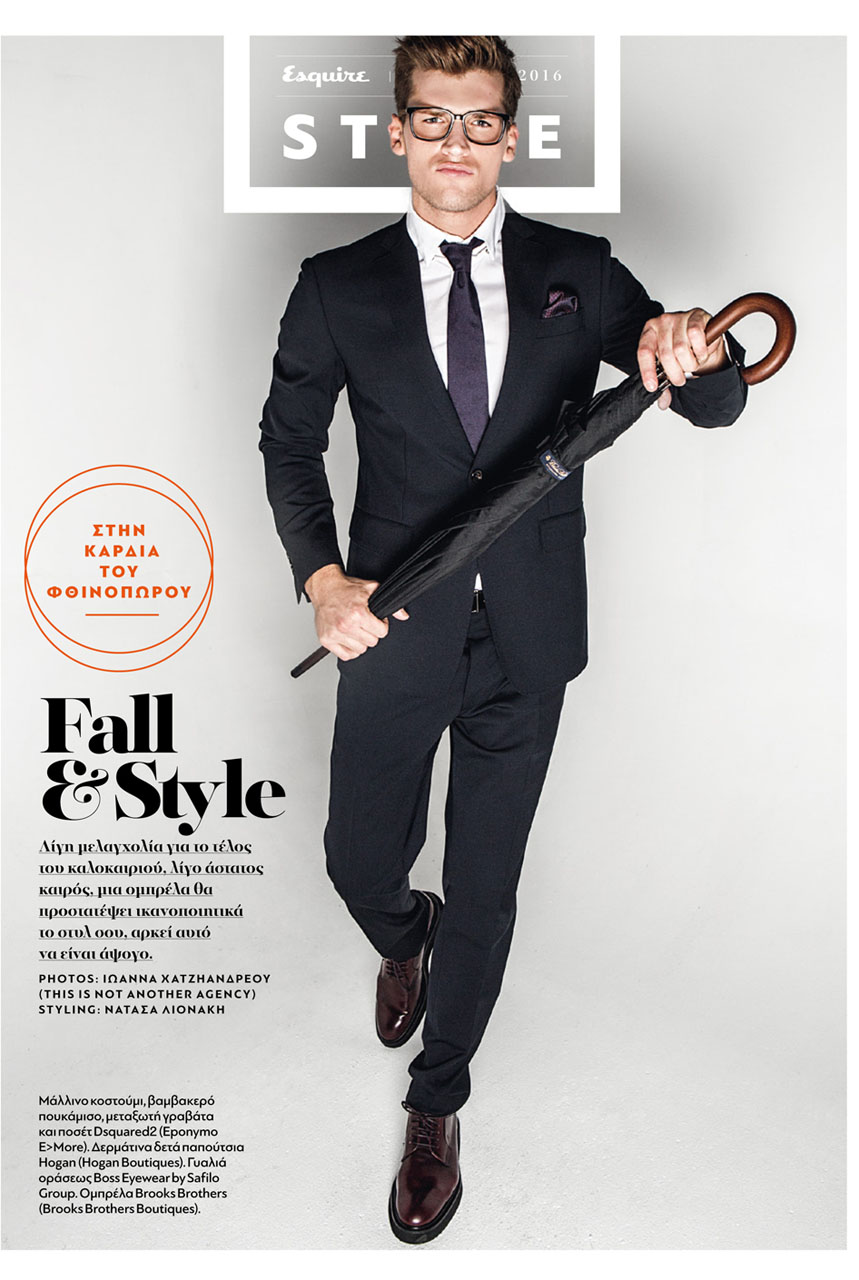 For his old job, he revealed that he never hid it either in Greece or in America, where he now resides permanently. He thinks his second job is a butcher, a job he likes and that is why he still maintains the family’s butcher in Athens – though it is now operated by employees. “When people discover my second professional status are both surprised and amazed. How many models are there that are butchers at the same time, after all?” he comments laughing.

Today, having gained the necessary recognition, Ilias Avantiras is thinking of re-establishing himself in New York audiences, with his other profession, as he plans to have his own restaurant in a popular New York location. In this way, he wants to apply his love of good meat and his knowledge of it, in a place where people love meat and he has knowledge of both the qualities and the right cuts.

He also believes that fashion jobs have an expiration date, “I will open my restaurant as a successor to today’s situation. As good as things are right now, you have to prepare for tomorrow. We must always be ready for the next day, have the next step planned,” he concludes. 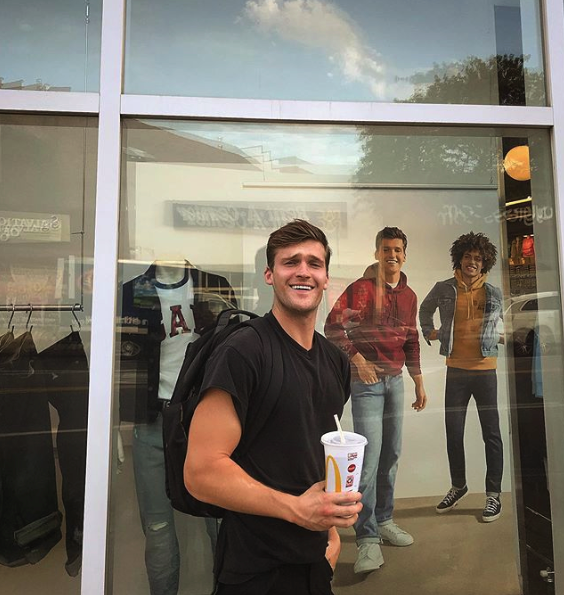 At this time, the image of Ilias Avantiras, as he is now introduced, since his real name is Avaskantiras, was difficult to pronounce for the casting directors of the big brands, is everywhere: on magazine pages, at bus stops, on street posters.