Dimitris Skyllas is a “restless” young composer, a pop lover, raised in Volos and the first Greek to be asked from BBC Orchestra to compose an original musical. Although he grew up by the sea he loves mountains more, perhaps influenced by the summers he spent in Agrafa, his father’s birthplace.

Born in Volos in 1987, he attended the city’s music school, a school that brought him in touch with many gernes of music, from traditional music and clarinet to European, piano and violin. In 2005 he left for England where he studied Piano and Musicology at Kingston University in London and received a distinction for his final recital on contemporary piano works. “It was not an easy transition for a provincial child; from the center of Volos I found myself in central London, full of excitement, probably unaware of the danger,” he said in an interview.

In 2009 he won the Bucher-Fraser Fellowship and continued his studies in contemporary music composition at the University of Edinburgh, next to composer Nigel Osborne. His studies did not stop there after he studied with Simon Firth, aesthetics and philosophy of music, focusing in particular on the role of the composer in modern society. He then received a fellowship from the Conservatory itself, the Greek Musicians Association and the SAAS (Student Awards Agency for Scotland) and continued to study composition at the Royal Conservatoire of Scotland. Under the direction of composer Michael Finissy. 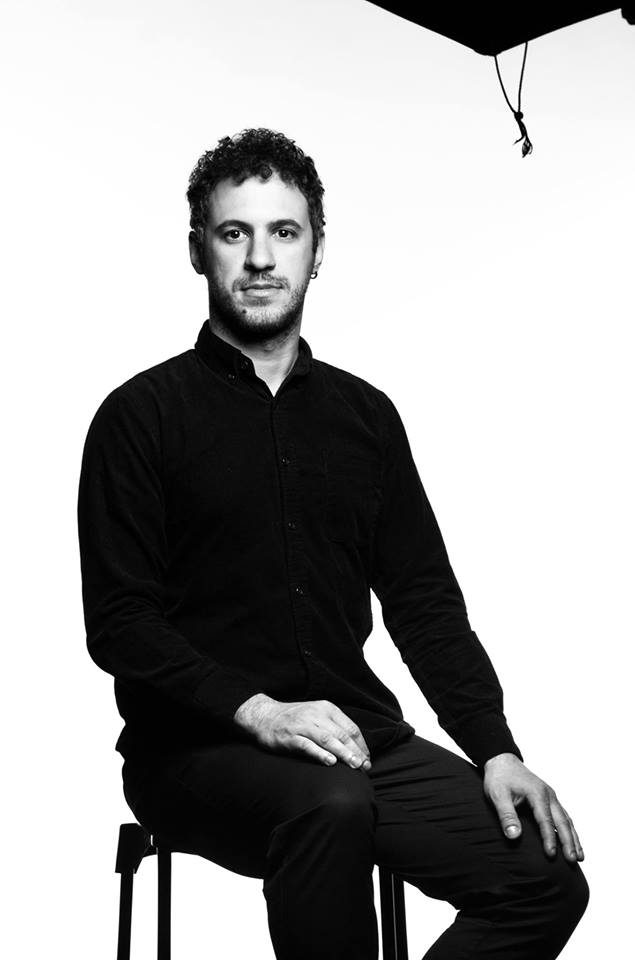 His music has uses bucolic elements in the sound as he uses the piano and percussion. “I’m a pianist, but wood has my heart, I remember my mother listening to Frank Zappa and David Bowie at home and the walls being “vibrated” he said in an interview

On February 19, 2015 he presented his work “Grief Gestures” at Onassis Cultural Center, “Composition and the Mediterranean: New Musical Spatiality, New Chronicles.” The composition was played by Kyklos Ensemble and received great reviews. It is a clarinet-based nine-instrument set and inspired by the Epirus lament called “What have I done .” The work was originally written for the Royal Conservatory of Scotland.

In April 2016, he presented his work to the public at the Door Theater in Athens. The work was about the height in terms of god, death, love, time, and the universe. A contemporary musical composition featuring actors such as Argyris Pantazaras and Arianna Chatzigalanou, a saxophone quartet and pianists who performed the works of Scylla, Koumentaki, Selamassi, Liszt and Crumb. 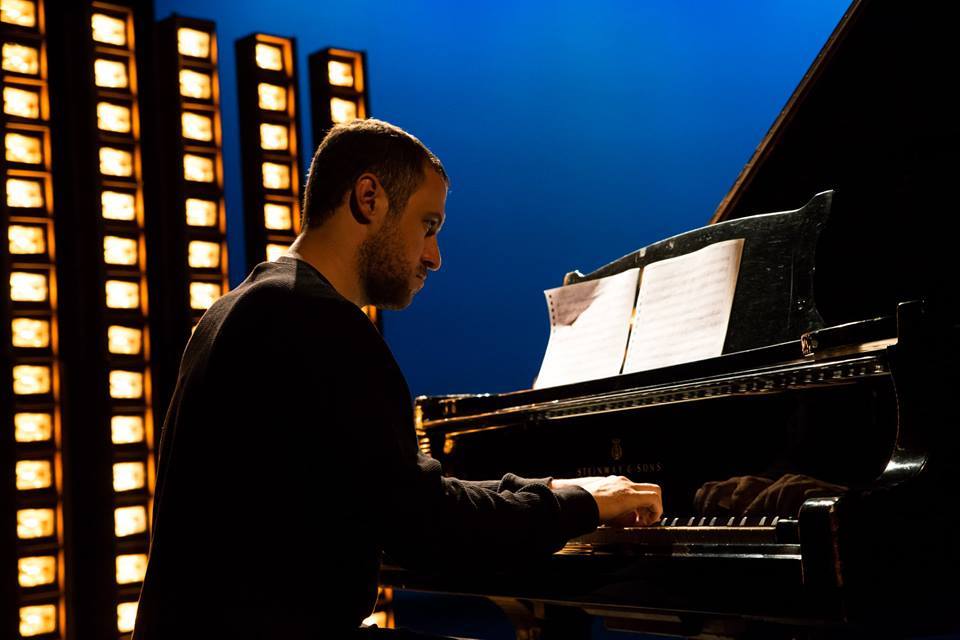 In September 2016, he collaborated with pottery artist Matt Smith to create Abyss / Spode: A Thirty One Note Love song. The idea came up when Matt Smith toured the former Spode ceramics industry in England, operating continuously from 1776 to 2008. The artist collected the remains of the ceramics from the abandoned industry and turned them into new objects for which the composer created a musical work as a tribute to this legendary industry. The Abyss project was hosted at the Globe Gallery Hall of the Victoria and Albert Museum in London. The Abyss project was also selected by the Onassis Foundation to played at the open day of the Onassis Library. The work was presented at the same piano by the composer, where Maria Callas used to play while staying at the “Christina” yacht, symbolizing the first worldwide projection of the historical instrument. 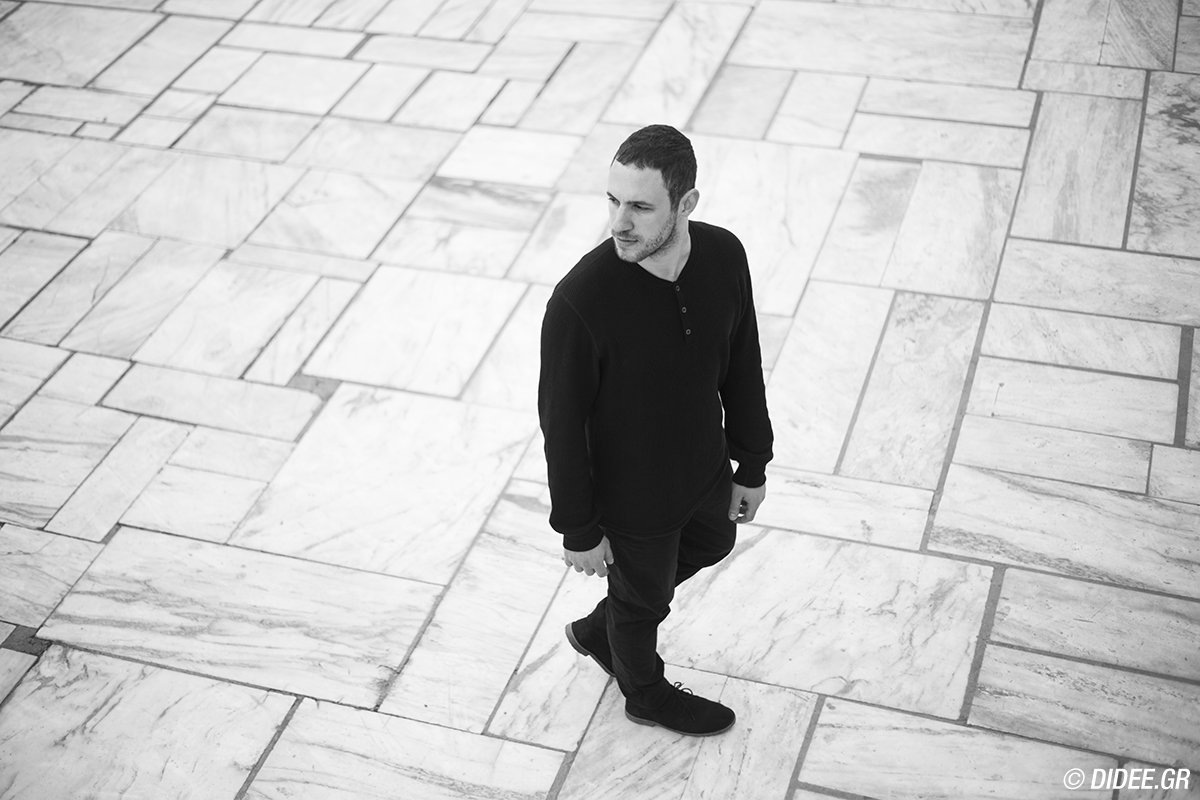 One day in 2008  he was walking downtown London with his classmates, they made a stop outside the Barbican Center, it was the day he received his degree and had not yet started composition but had never imagined that one day he would have the chance to present his work in th Centre. In January 2020 the talented composer will have all his own Barbican Center to present his work “Kyrie Eleison” – directly commissioned – by the BBC Symphony Orchestra, or “the Dream Orchestra” as he has called it.

The inspiration for this particular piece came two years ago at his hometown, Volos. “It was a really hot day, the town was empty, everyone was on vacation, and as I walked by  the church of  Agios Nikolaos, I heard some of the praises of Holy Mary. I entered the church at the time they were singing a shocking “Lord Mercy.” It was the best I had heard in recent years. If I had to send music to Space, I would have chosen this hymn,” he said in an interview. The content of this composition sounds simple but it’s not. It touches on three pillars: worship music and Easter praises, fatalities and ancient Greek tragedy. “I want to make complete acts with my own musical language – ceremonies with authority, climax and purification.” said the composer about his work. 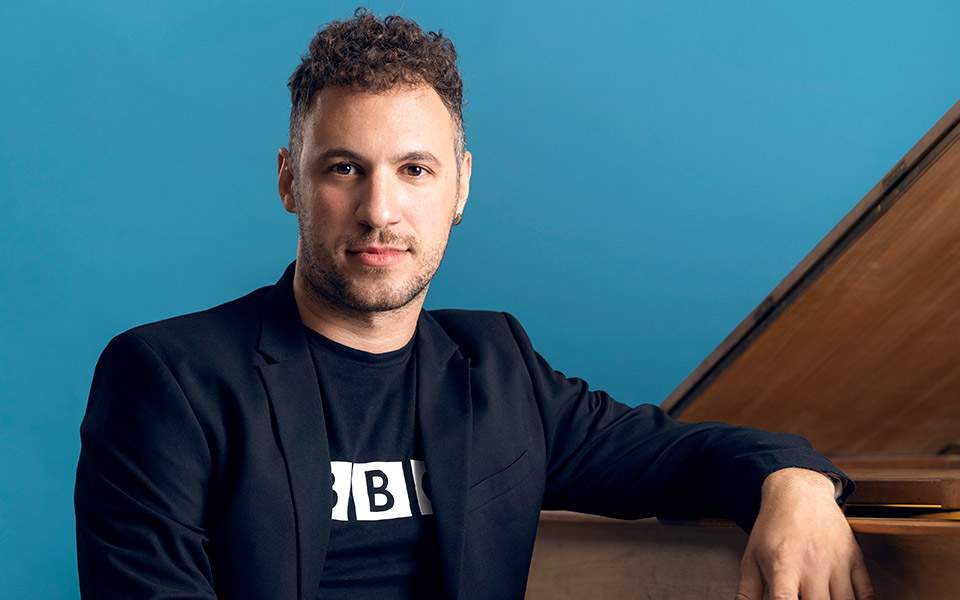 Life in London for young Dimitris Skylla begins in Camden Town, the region where he stays, strolls around his neighborhood where he gets used to having his breakfast by writing or just observing passersby, a source of inspiration for the composer and at the same time ” great luxury ”as he has said. Greece for the artist lives inside of him and is expressed through his compositions. On March 19, 2020, the work “Kyrie Eleison” will be presented at the Onassis Foundation, giving the Greek public an opportunity to enjoy the musical talent of Dimitris Skyllas.