The photographer who captured a whole era

Christopher Makos is one of the best and most-known photographers in the world, having photographed New York’s art scene since 1970, the punk and rock scene of the 1980s and 1990s in America, as well as the architecture and artistic scene of European cities. 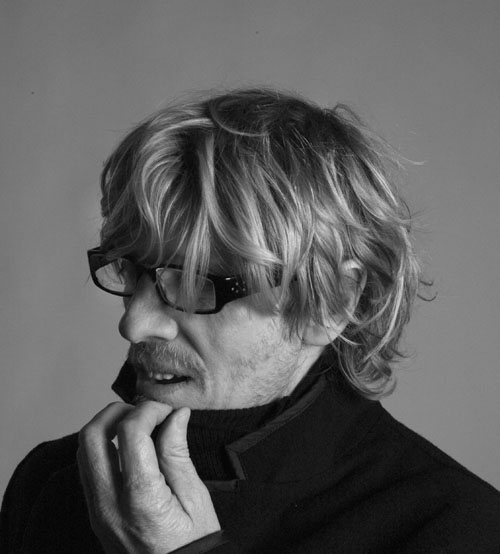 He became famous, making portraits sculptured with the immediacy that characterized the bohemian stream that cheered diversity and urged people not to fear to show what they were. At the age of 66, he still retains his youthful, artistic charm and intense energy, and he never stops preferring to live in the moment and follow his instinct. 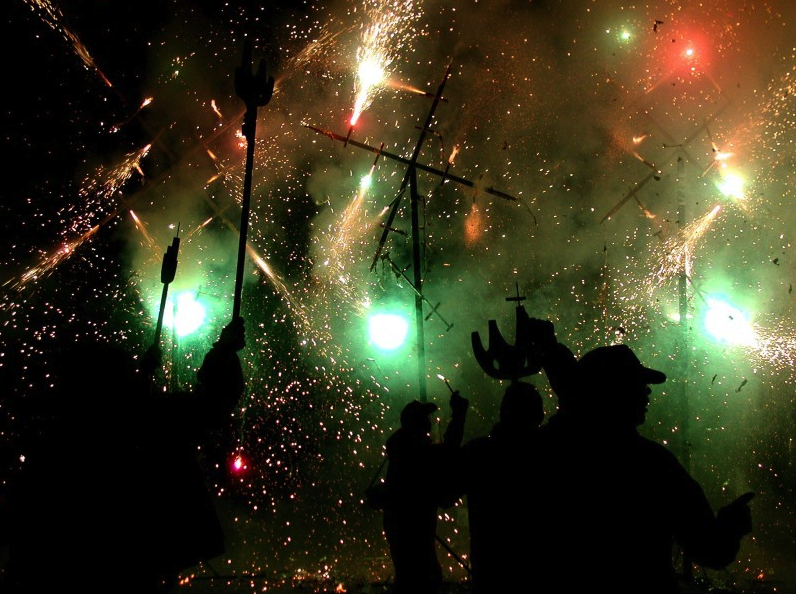 Chris Makos was born in Lowell, Massachusetts, in 1948, by an Italian mother and a Greek father. His Greek grandparents settled in Lowell in the 1920s and became laborers at the factory in the area, which was the occasion for their acquaintance and the creation of their family – the name “Economacos” became “Makos” after the installation of the family in the US.

Little Chris grew up in California and moved to New York after high school in the late 1960s, with no plans or ambitions. He studied architecture in Paris, but not photography. His love for that art was created when he received a camera on his birthday. It was then the beginning, followed by an apprenticeship under Man Ray, who taught him to trust the “original impressions”. 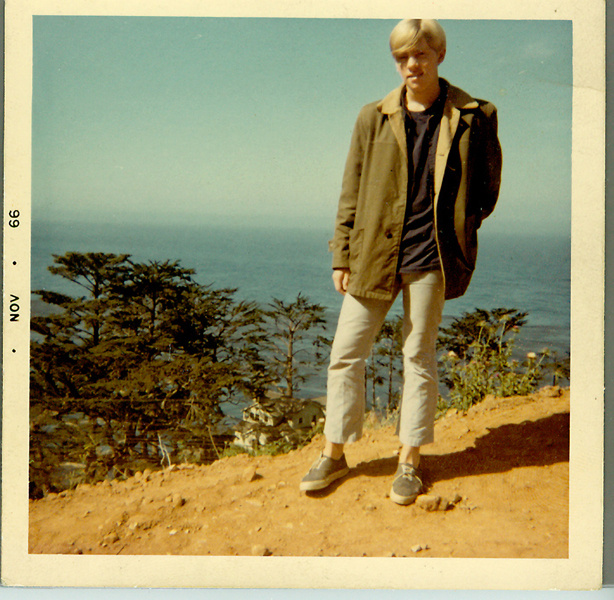 New York, in the 1970s, was the scene of a unique creative explosion with Chris Makos fitting easily into it because of his open mind, as he says, and immortalizing “a visual manifesto of the time” and its relationship with the “crude naivety” of the decade.

Makos photographed the “madness” of New York clubs, including the famous frequenters of Studio 54, including Liz Taylor, Salvador Dali, Jean Michel Bassia, John Lennon, David Bowie and Nick Jager, who left their signature on the stunning creativity of the Greek photographer. He himself was the starting point for many developments on the scene of modern American art and one of those who narrated the history of punk. 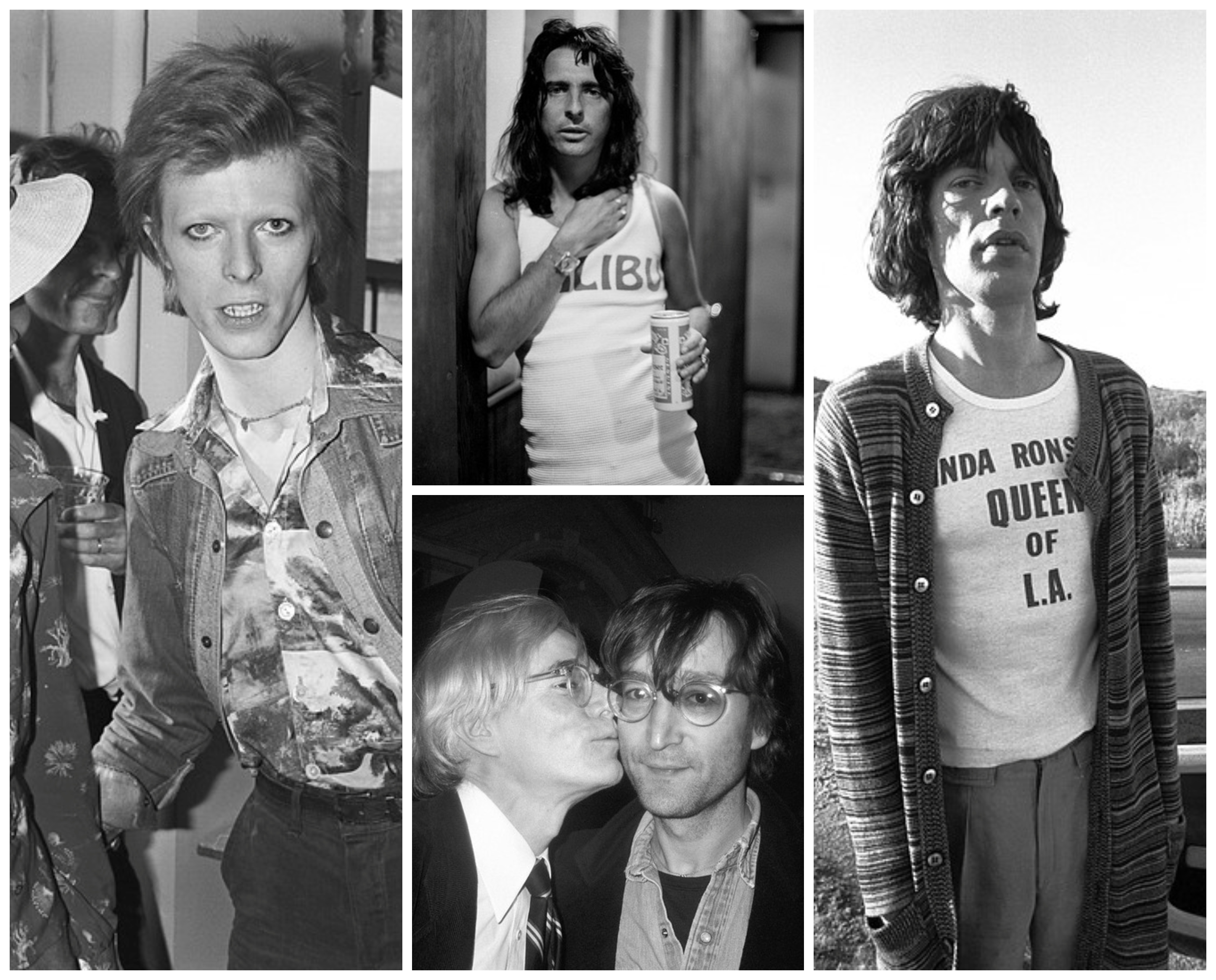 His good friend and one of his favorite models had been Andy Warhol since the beginning of his career and for a whole decade. He was the one who taught the American artist to hold the camera and take pictures. As Chris Makos himself has said, they worked well and became friends because they spoke the same language. “Artists speak a different language and we understood each other perfectly.” 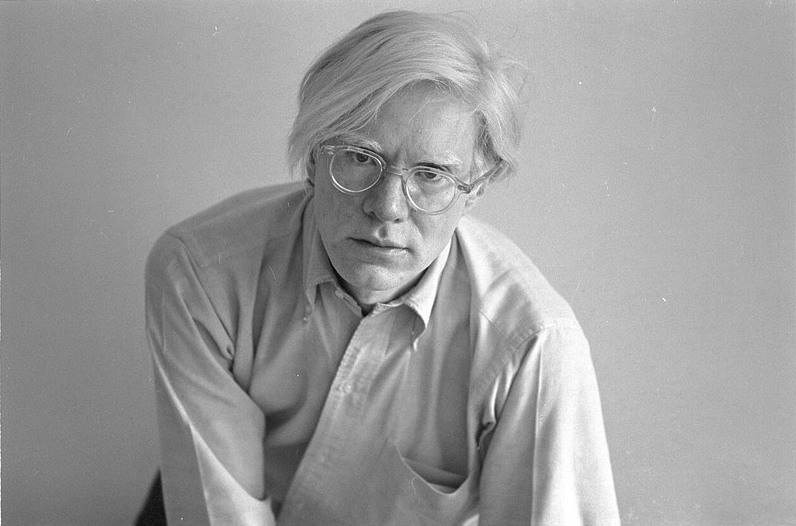 His photographs have been shown in the world’s largest museums and galleries, such as τηε Guggenheim Bilbao and Metropolitan, New York, Yancey Richardson Gallery in New York and Tate Modern in London, while his photos stand out in the press and the Internet, including Interview, Paris Match and The Wall Street Journal. He is the author of many important books, including “Andy Warhol in China: The photographs of Christopher Makos” (2007) and “Christopher Makos polaroids” (2009). 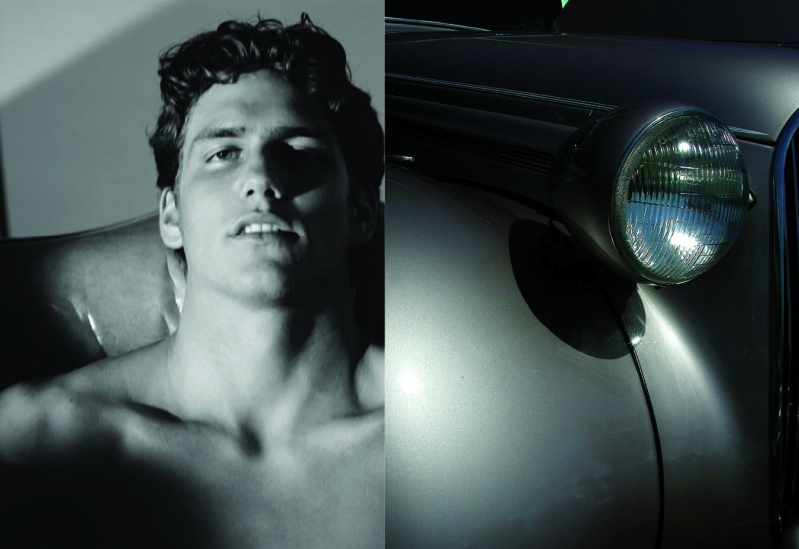 More than 100 Museums in the world have included his photos in their permanent collections and many collectors buy his art for their private collections (Malcolm Forbes, Pedro Almodovar, Tzani Versace, etc.). A photograph of Asy Warhol showing Liza Minelli was recently sold to Sotheby’s for $ 45,000 and another to Elizabeth Taylor for $ 30,000. 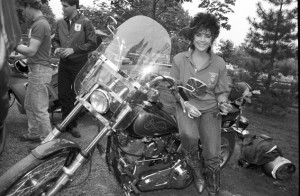 In the question of how he describes those years and his life through them, Christopher Makos answers that it all has been special moments for him and his life. “New York was then the focus of the world. And at that time, everything was. It did not matter if you were rich or poor, if you had a job or not. You could meet everybody. 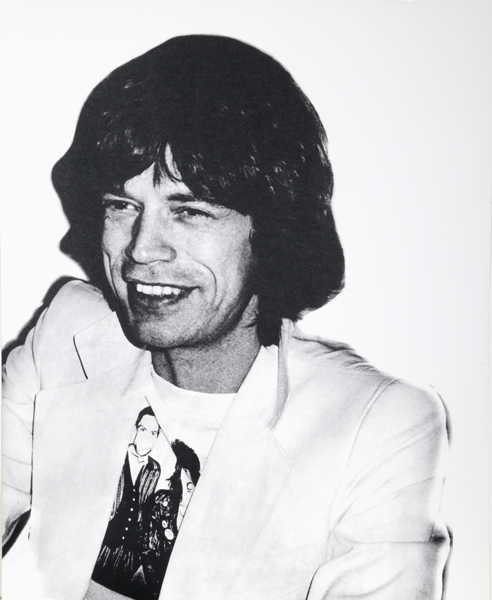 Central Park is designed in the middle of the city. Every weekend, people living on either side, go to the park and are necessarily acquainted. This is NY even today. I was very lucky to have arrived in the city in the late 1960s. I had an open mind and Warhol was lucky to meet me and I was lucky to have met everyone I met. Sometimes, it is difficult for me to believe that I have met all these very interesting people.” He admits he did not seek this lifestyle and believes he had to do with the right place at the right time. 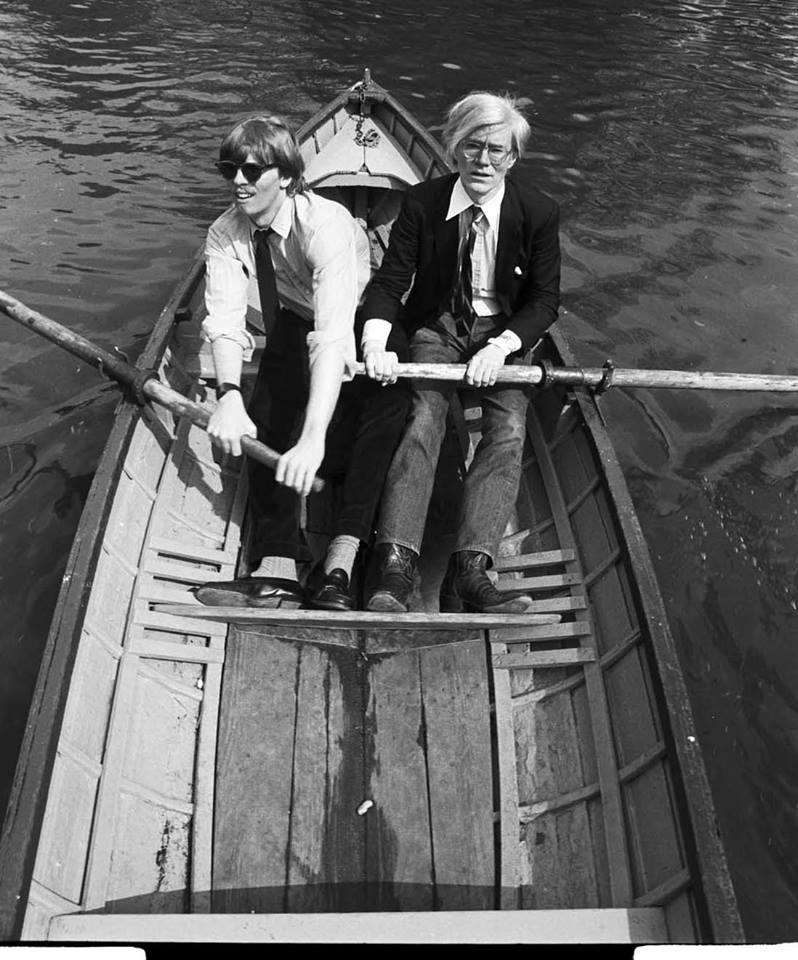 He continues to live and work in New York City, West Village, where he travels to the city only by bicycle and records with his lens its evolution. He is a simple person who is not impressed and is not looking for riches and luxury. “For me, they mean nothing, I grew up at a time when they did not matter and I still feel like a hippie. 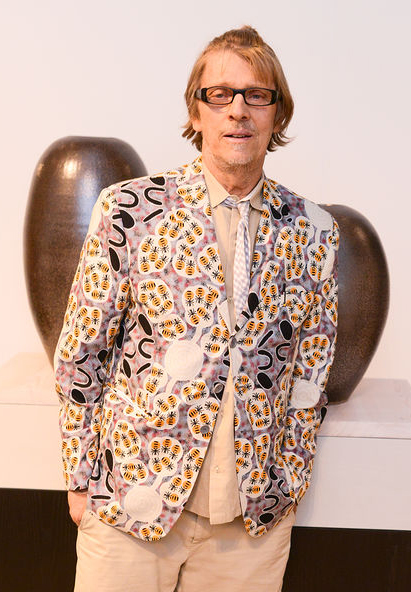 Today, one of my best friends is Calvin Klein, who lives two blocks away in a palace and I live in a normal apartment. I often go to his palace with my bike and fly with his private jet and then I retake my bike and go back to my apartment. For the same reasons, I do not go to the Hamptons. Every year, everyone wants to go to Calvin’s 75-million-dollar party – I’m indifferent. He is my friend, but he is not even impressed by all of this and we are cynical. We are interested in happiness. And if you always try to find it you will never be happy. With Calvin, we laugh and we are doing well with the simplest things, as I did with Andy. ” 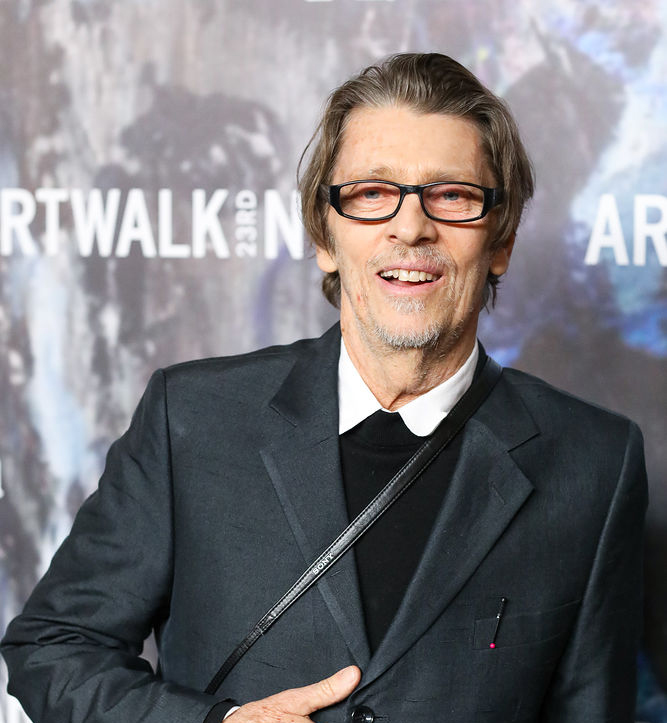 Moreover, he admits that when he took pictures, he neither thought nor ever imagined that they would become famous or documented. It was just “family” photos for him because he felt all those people as his family. He thinks it was just his life, a spectacular, simple life, but that at the base of it he just made friends and laughed with jokes. 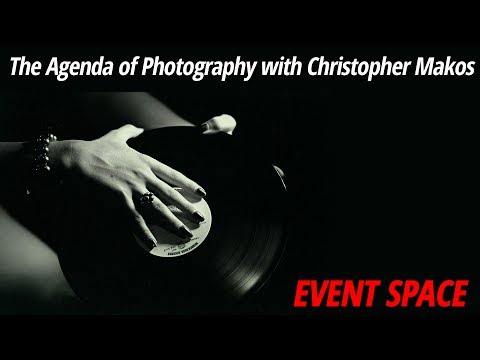