Ioannis Mylonopoulos is an Associate Professor of Classical Archeology at the Department of Art History and Archeology of Columbia University in New York, where he is the Director of the Hellenic Studies Program, since 2016.

He was born in Athens in 1971 and in 1989 he entered the Athens Philosophical School. Until 2000 he completed undergraduate, postgraduate and doctoral studies at the Universities of Athens and Heidelberg, on Classical Archeology and Art History, Ancient History, Classical Philology and Egyptology.

The scholarships received by Mr. Mylonopoulos were from 1993 to 1996 by the Friedrich Naumann Foundation in 1996, also, by the Foundation for the Study of Historical Geography Ernst Kirsten from 1997 to 2000 by the Alexander S. Onassis Foundation, from 2002 to 2003 by the German Research Center in 2007 by the Center for the Study of Ancient Sources at Oxford University in 2007 and 2008 by Harvard University’s Hellenic Studies Center and from 2011 to 2012 by the Advanced Center Princeton Studies. 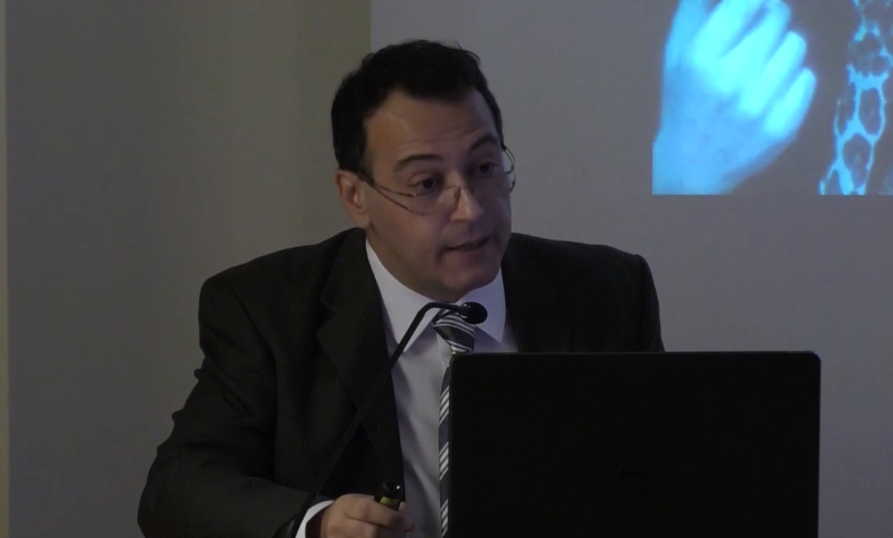 With a pebble from Crete, which he has been carrying with him since 1990, as he has stated in an interview, he continues his PhD studies at the University of Heidelberg in Classical Archeology in 2001, he writes his thesis “The Poseidon’s Sanctuaries in the Peloponnese”, while in 2002 he was awarded the Margarete Häcker Award for Best Doctoral Thesis in the Classical Studies in the German language.

He has worked from 2001 to 2003 at Heidelberg University, from 2003 to 2006 at the University of Vienna, from 2006 to 2008 at Erfurt University, from 2008 to today at Columbia University, and was also a visiting professor at Sorbonne in 2012 and in 2015. From 2014 until today he remains responsible for the excavation of the Sanctuary of Poseidon in Ancient Onchestos of Boeotia. 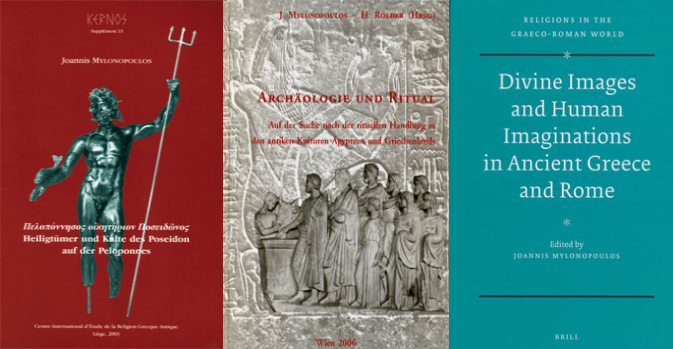 Mr. Mylonopoulos has written eight books, including monographs and exhibition catalogs and more than 80 articles in international journals and collective volumes. He has also translated five books from German into Greek, of which only one related to antiquity, while the other four are related to the German Occupation in Greece.

He has held four keynote lectures at relevant conferences in Germany, the United States and England. His recent article on the depiction of night violence in Greek art inspired the upcoming Irresistible Night, The Ageless Dark (Nocturnal in Image, Text and Material Culture, November 2019), in which he will make one more keynote lecture. 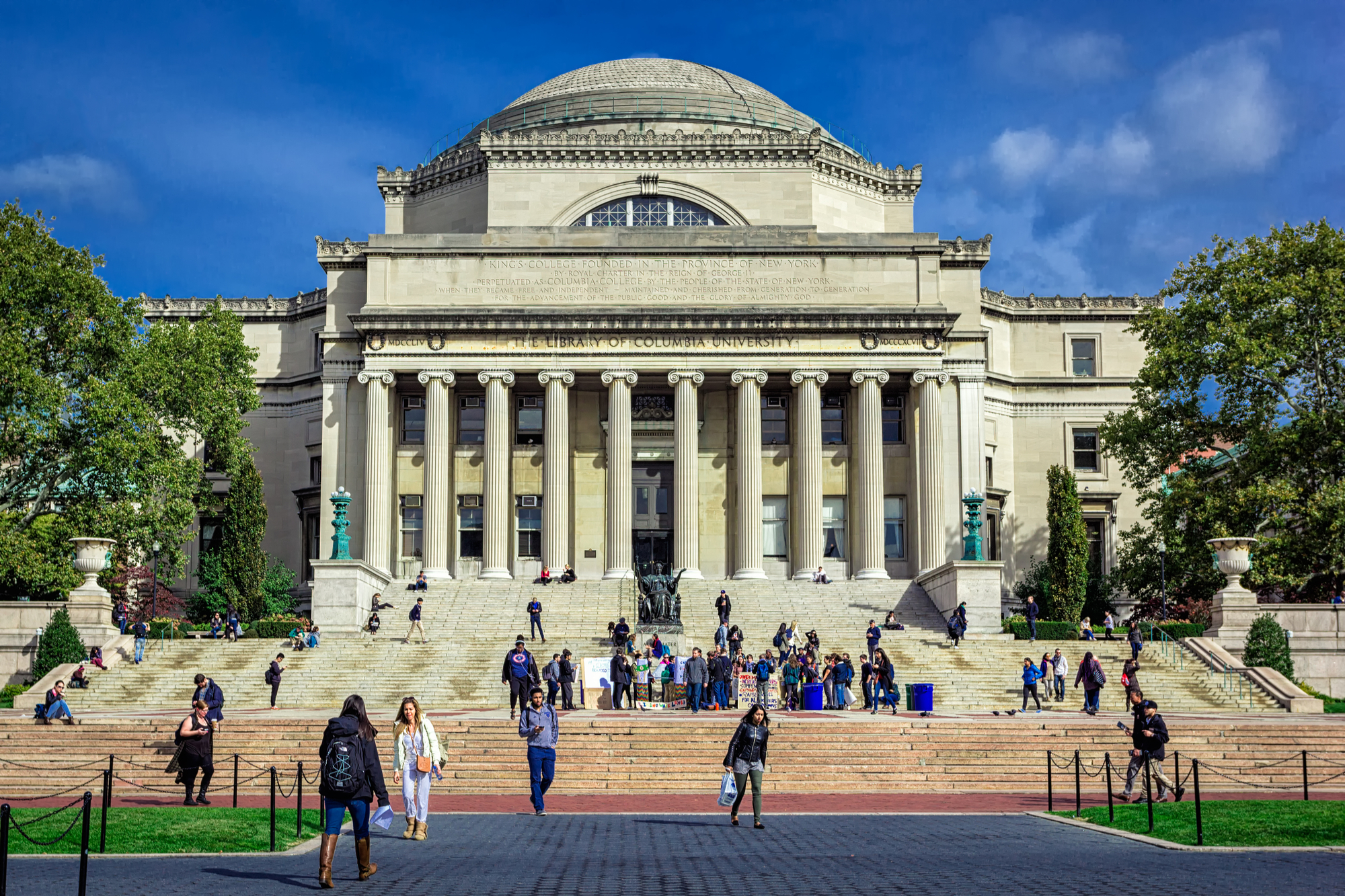 His scientific interests are the ancient Greek sanctuaries, the Greek religion, the depiction of violence in Greek art, the visualization of the divine in ancient Greece, the Greek myths and the opera of the 17th and 18th centuries. 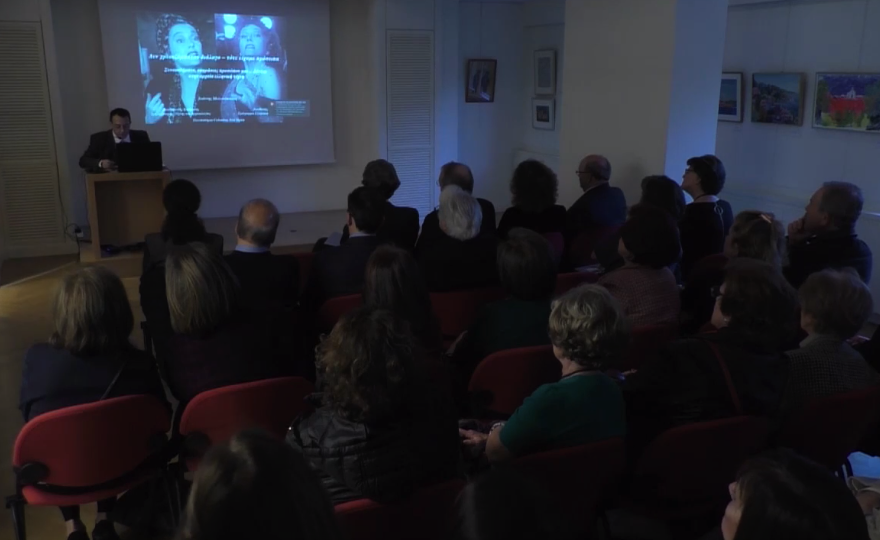 In an interview he talked about how he would like to see Greece in the future. “Greece’s next day will be based on meritocracy, indigenous economic growth, intelligent investment policy, the exploitation of ancient Greek civilization without antiquity and the promotion of the modern with pride. Greece’s tomorrow will again be a driving force to promote human rights by treating refugees as people rather than as a problem. It will have citizens who will know the history of their country, without nationalist hysteria, will treat public property as a common good and not as an opportunity for looting, will protect the environment not only after natural disasters, they will respect the Greek language, instead of catching it every day”.

The professor added that ideally “Greece’s next day will offer education that will allow each child to develop his talents and excel. He will appreciate excellence instead of exorcising it, having leaders who consider political agility, responsibility and resignation not as a search term in the Babiniotis dictionary, but as a way of life and political existence, they will have a spiritual level equivalent of the role that the citizens of the country have entrusted to them and will undoubtedly respect the independence of the Justice”. 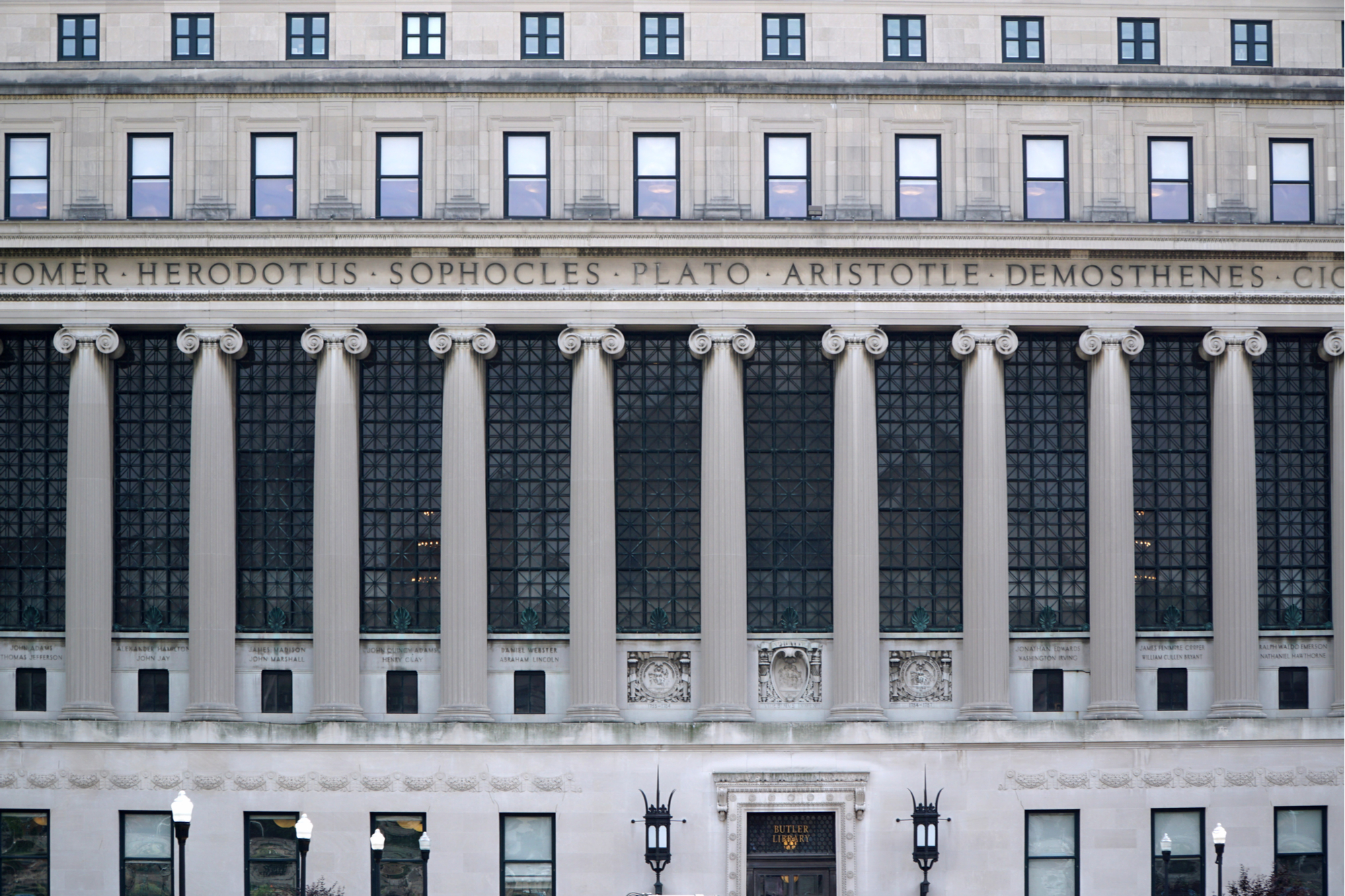 “But, Greece’s tomorrow will remain the romantic utopia of a Greek from abroad, unless today’s foundations are right for a better future. Lastly, allow the Greeks abroad to contribute in the future, not only financially but also with their vote”, the Professor points out. 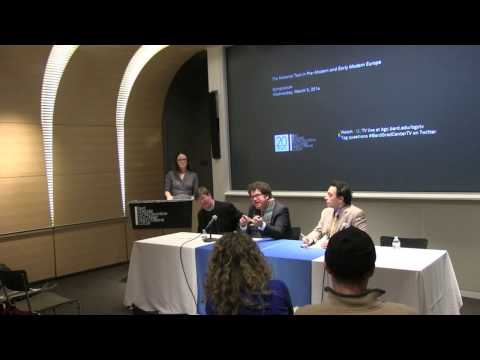