Helen Louise Maroulis is a Greek-American free-wrestler who competes in the categories of 55 and 53 kilos of women. She has won, among other things, the gold medal at the 2015 World Championships in Las Vegas and the gold medal at the 2011 Pan-American Games in Guadalajara, Mexico. At the Summer Olympics in Rio de Janeiro in 2016, she became the first American woman to win a gold medal in the free wrestling women at the Olympic Games.

In the 1960s, her family, from the Greek island of Kalamos, sought better living conditions abroad, and in 1968 they moved to the USA at the invitation of her grandfather, Gerassimos Maroulis, and her father’s agreement. Helen Maroulis was born on September 19, 1991, in Rockville, Maryland, and is the daughter of Paula and Yannis Maroulis, who worked on the side of his brothers with the family-run restaurant business. Later, they were involved in construction projects.

Today’s champion is the second child of the family and the only girl. Her father had previously been involved with sports, particularly with wrestling, and both he and her mother wanted their children to have many opportunities and exposure to different sports to find what suits them. Young Helen tried ballet, jazz, tap-dancing and gymnastics, but her teachers asked her parents not to bring her back, seeing how shy she was and how difficult it was for her to dedicate to the activity due to that.

Her two brothers started free wrestling at an early age and due to the lack of a training partner for her little brother, the current female athlete stepped into the wrestling mat for the first time when she was 7 years old. Everyone thought she was there only to help her brother, so no one tried to teach her to wrestle, until after two weeks of practice, when she told her father she felt it was not fair for her, she did a lot of effort and everything the boys did, but she did not compete and did not want to work so hard for nothing. 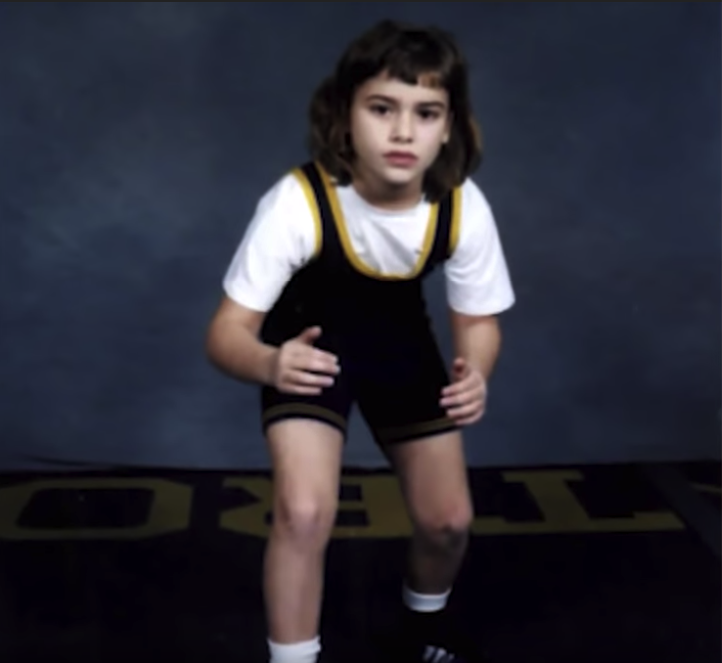 Her parents, because of the history of her shyness every time she was seeing in performances, believed that it would be the same again. So her father promised her that if she managed to compete fully once, he would let her continue the sport. Helen won the fight and her place in the sport she loved.

Most of her underage career, she wrestled almost entirely with boys and the challenges became great when she started getting good. From advice and encouragement, most around her discouraged her and hated the fact that a girl was fighting in this sport.

Despite all the prejudices against women, institutional obstacles, mistreatment by her teammates, insults from coaches, threats and condemnations by the parents of her opponents, Helen held stong and progressed.

She went to the Magruder High School for three years, where, as the first-year student, she became the first wrestler girl to take part and win the 6th place at the Maryland State Wrestling Championship. Since then, the wrestling community became aware of her and her opponents forfeited ten minutes in the race with her, which made her records look good, but she felt she was not progressing or getting better. Many were the times when coaches refused to send boys to the mat, sabotaging her.

In Junior Year, she re-qualified in the Maryland State Wrestling Championship and was again 6th. It was then that the coach of the team urged her to go to the US Olympic Training Center in Michigan, where she would wrestle to reach the Olympics. When she took this step, she realized that the way she was fighting so far had been intended to fight boys, while in the Olympics she would compete against women. For this reason, she changed her style.

During her studies at Missouri Baptist University in St. Louis and later at Simon Fraser University in Canada, she won a total of four US women’s championships at a university level, and in 2008 she joined the US national team.

In 2011, she joined the Junior World Team and the Senior World Team, where she lost four times to Japan, and had a chance to have a place in the Olympics, in which she really believed. In the same year, she won the gold medal at the 55th World Championship in Guadalajara. 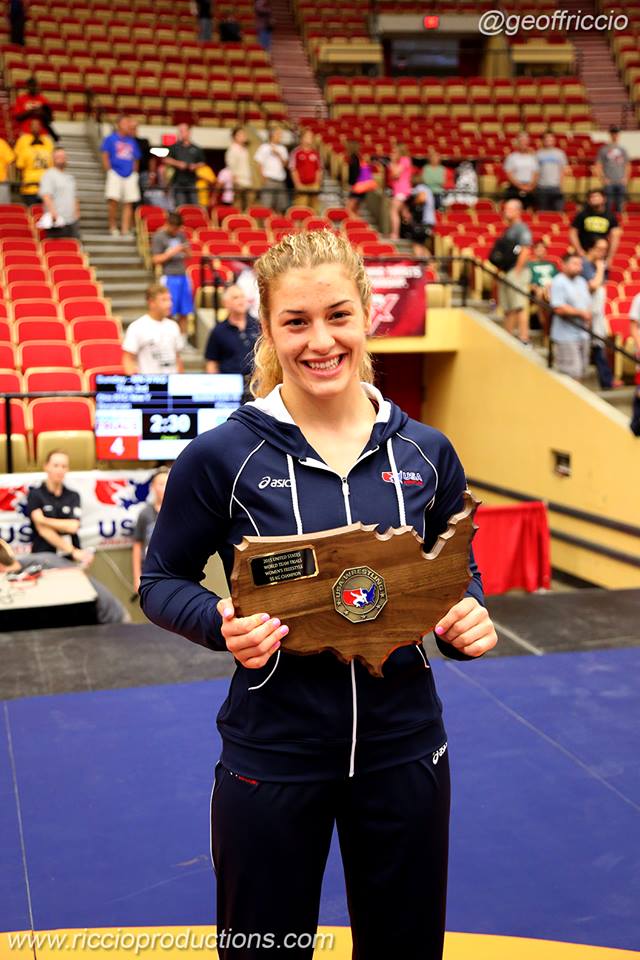 During the year to the 2012 Summer Olympics, she had focused so much on the gold medal and the victory that she no longer enjoyed the victories and the training, rather than being focused on not losing. This led her to be afraid of defeat, which did not let her work because she had put too much weight and pressure on herself. Though she did not think she would lose to the Trials, there was not a day she enjoyed what she did.

The defeat in the trials cost her and led her to the decision to quit. She was disappointed and did not want to continue wrestling, considering that this defeat meant she was not good enough to go ahead and win the gold. But it turned out that Helen Maroulis is a fighter and does not give up. Disappointment gave its place to stubbornness and determination. That year, she was second in the Canadian World Championship, while her efforts and the Hellenic Wrestling Federation’s to compete with the Greek colors did not bear fruit due to bureaucratic complications. 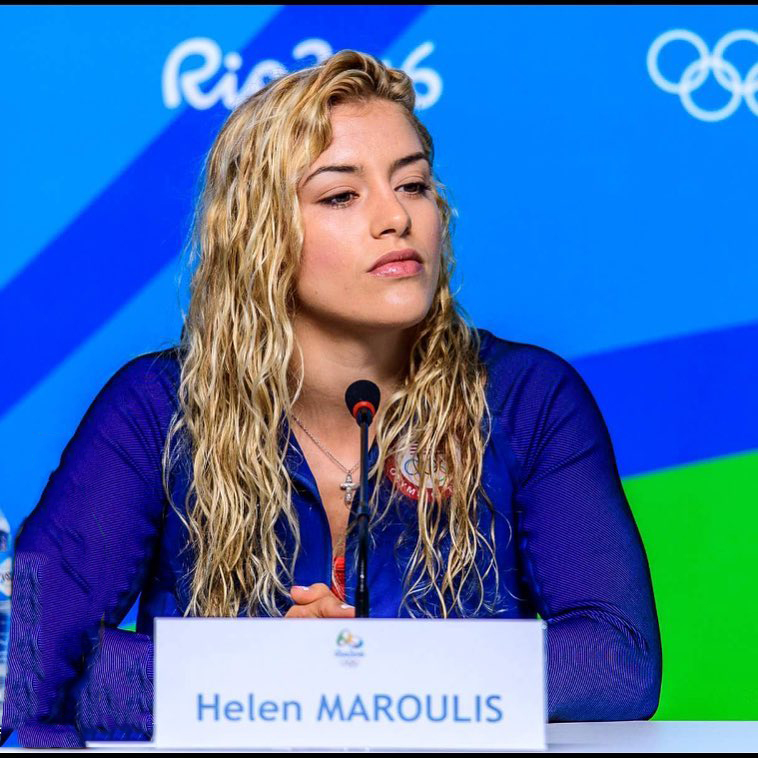 During the 2014 World Championship training, she met Valentin Kalika, her up to date coach. Although he was not yet in charge of her workouts, she spoke to her about an upcoming trip to Ossetia, where the majority of the gold medalists come from. He urged her to join the trip with his wrestlers because she would learn too many things from the best training teams in Russia.

Determined to always do the best to succeed, she chose to make the trip. Shortly before the team boarded the plane, the US government canceled the planned trip due to a terrorist attack. Although terrified, she chose to follow the rest of the team, trust Valentin Kalika and go to Ossetia. The fact that, in spite of her fear, she risked for the possibility of the gold medal at the Olympics, made Kalika want to train her. In 2014, she won the bronze medal at the World Championship in Tashkent.

In 2015, at the Las Vegas World, she wanted to have fun, give her best and live the moment. The result was the first place. With the confidence that this victory gave her, she began her preparations for the Rio Olympics 2016. 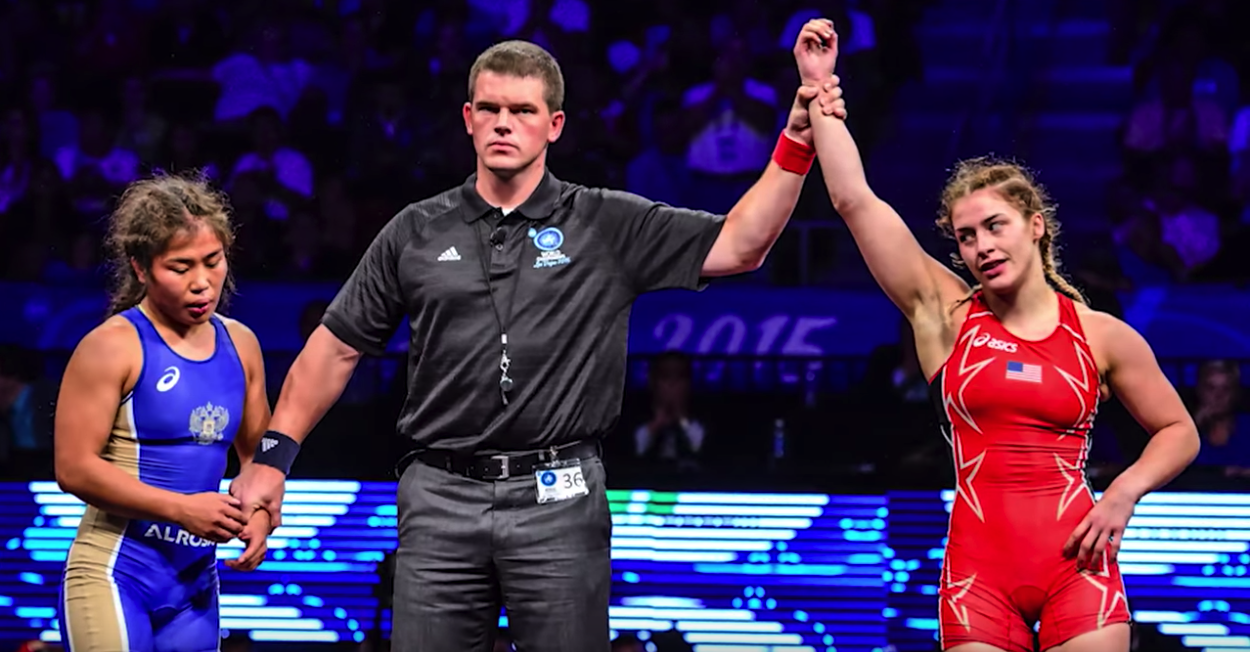 When she qualified for the Olympics, she focused her attention and training on the Japanese wrestler, the undefeatable, as they called her, Saori Yoshida. Wanting to climb a weight class, she tried to change her body, but it did not respond. Because of the pressure from the Olympics, she thought to quit, but at the end, she realized she was doing what she had done before her defeat in 2012, she pushed herself too hard and could not work.

Going to face Yoshida, Helen Maroulis felt stressed but mostly confident. She knew she would give all she had and would win. In 2016, she won the gold medal at the Olympic Games in Rio, beating Yoshida with a 4-1 win that made Maroulis the first American woman gold medalist in free wrestling. 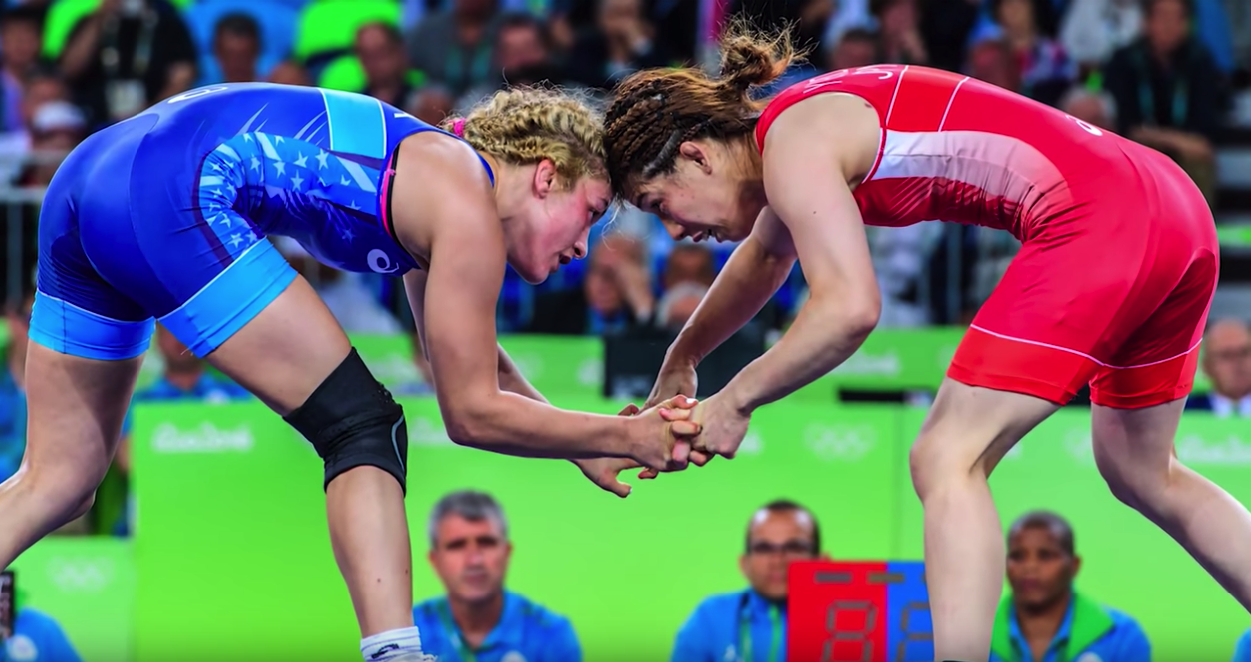 In 2017, she won another World Championship gold medal, winning Tunisia’s Marwa Amri Olympic champion in the final 58 kg weight class with 11-0 and a technical fall.

At the World Championship 2018, the gold medalist was defeated in the first round by a fall by Altona Kolenik of Azerbaijan. The defeat has been attributed to a serious head injury (concussion in a tournament in January 2018). As she said in the post-game interview, she is so used to telling the opponents not to touch her head. The injury was so serious that it forced her to delay the team’s qualifying match and significantly curtailed the races before the event. It has been reported that she was so restricted by the injury that she returned to the races almost 10 days before the reprogrammed series of qualifiers. 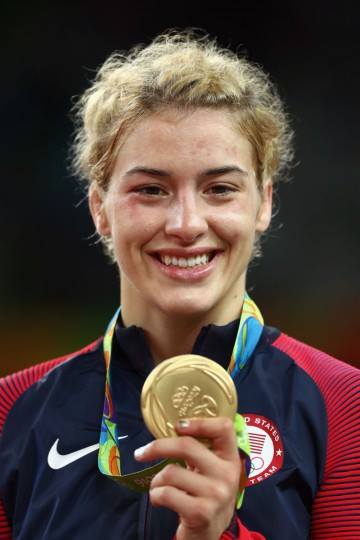 Her family is actively involved in the actions of the Greek-American community, and her parents “escape” to Greece almost every summer.

Helen loves Greece and its culture and considers Kalamos, an island east of Lefkada, as her paradise, and has said she always said to herself that she was from the country where sports were born. She often comes to Greece and says, “I am a half Greek woman, half an American, and I am proud of it. I try to get Greek citizenship but there is bureaucracy. ” As far as the change of flag she competes with is concerned, she replies that America has treated very beautifully and has supported her as a female athlete. “I would only think about it if the US federation had no problem.” 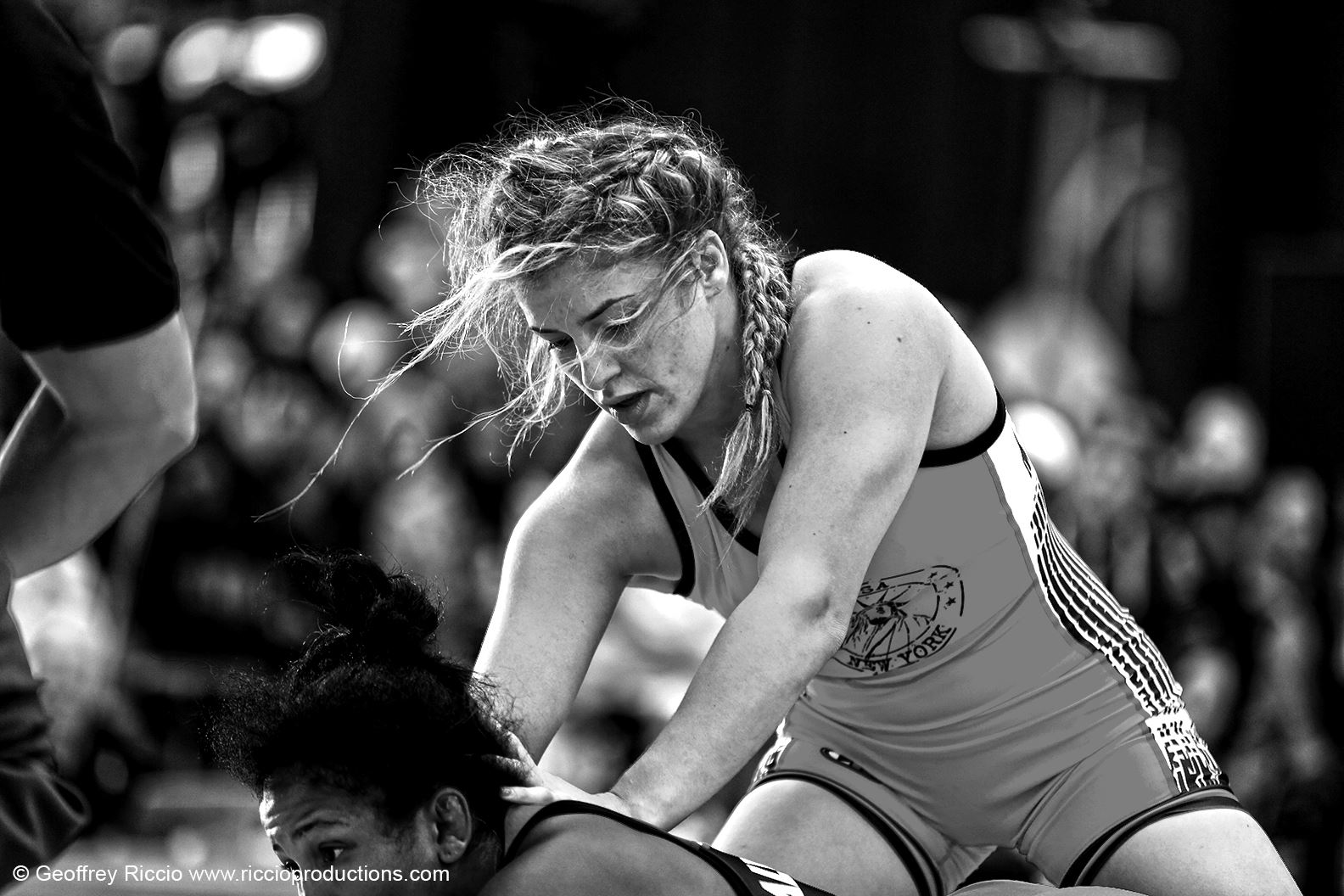 In all respects, Helen Maroulis has offered much to the wrestling of women in the United States, not only through discrimination and institutional change but also inspiring hundreds of girls to follow the sport. In fact, women’s high school wrestling is one of America’s fastest growing sports. She deeply thanks her parents and coaches, who, she says, “gave her the right to fight”.

She plans to continue fighting until 2020 and to participate in the Tokyo Olympics. Her athletic course will be re-evaluated afterward, although Helen will always be the girl who has cleared the path for thousands of girls to pursue their dreams in the sport of wrestling and the first female gold medalist for the US. 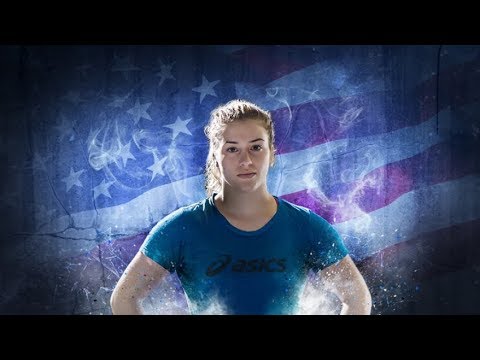