Her multiethnic heritage led her to success

Daniela Amavia is an actress and model. She was born on March 4th, 1966, in Greece, raised in Germany and schooled in the United Kingdom. Her personality was developed in a multiethnic culture and she speaks fluent Greek, German, French and English.

Since her early age, Daniela wanted to be a dancer, but her teacher suggested she should try acting, as she was too tall for the ballet.

She began acting at the State Theatre Corps de Ballet and studied Drama and Literature at Goethe University and also acting in London. During her studies, Amavia also modeled doing runway work in Paris for Chanel and Dior. She later appeared on popular Vogue, Elle and Femme covers.

In 2001, she won the Best Actress Award at the New York International Film Festival for the film The Woman Every Man Wants, boosting her international career. She has also written, directed and produced several short films. Her latest success is the role of Alia in the television series Children of Dune. 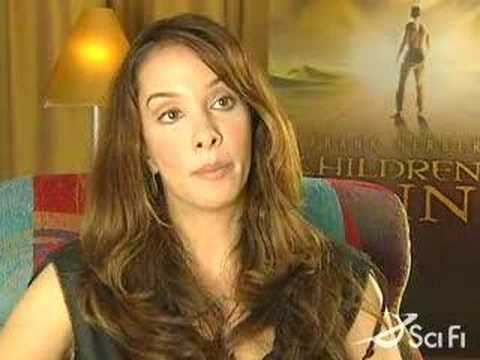