The Michelin chef who teaches Greek cuisine to the French

Andréas Mavrommatis is a distinguished chef with Mediterranean roots with a Michelin star in his statute and is co-owner of Maison Mavrommátis, a restaurant and delicatessen chain based in France. His ambition is always to portray and reveal the tastes and smells of the Mediterranean.

Maison Mavrommátis, through the ideology of the Mavrommatis family, generosity and taste to share, has created an authentic and indisputable cooking identity, mixing Greek cuisine in the world of love for food and introducing products unfamiliar to the French public. With its success, Maison Mavrommátis has become a signature in the country.

Andréas Mavrommatis traveled to Paris in the late 1970s to study psychology and sociology, but taking up a job at a restaurant so as to make a living proved to be decisive for his later career and life. There, he discovered his love of gastronomy and entrepreneurship related to it. 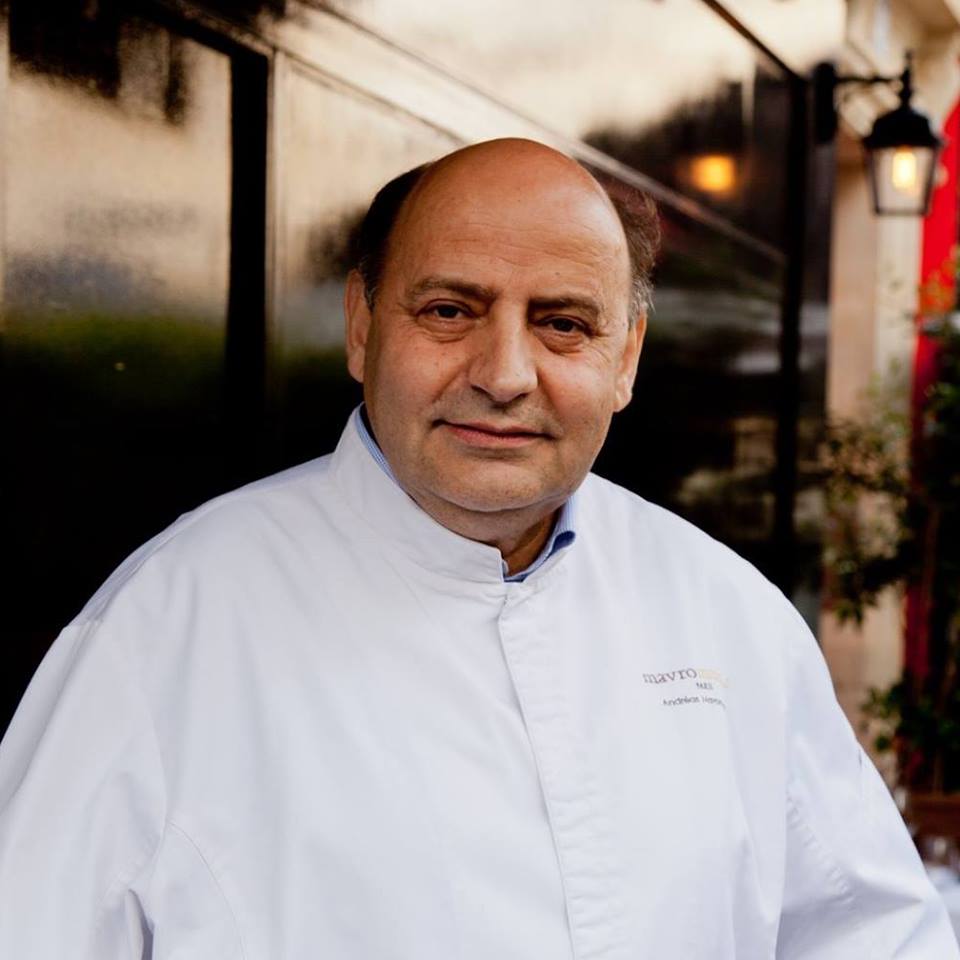 He experienced the kitchens, learned a lot and realized how important it is for someone to go to a restaurant and eat well, as he has said. That was what pushed him into cooking even though he hadn’t been involved with gastronomy until then. Instead, he knew about quality products, since his family had fields and he cultivated with his siblings next to his parents.

But he realized that it was not enough for a chef to have only good products, but that they needed to cook as well as the quality of their products. For this reason, he studied at the French school of Le Monde, where he was taught the art of cuisine, techniques and secrets, and met great French chefs whom he consulted and learned from.

In the years of simultaneous working and studying, his brothers, Evagoras, who studied Economics and Political Sciences, and Dionysis, a graduate of the School of Economics, followed him in France. In 1981, spurred on by the need for their livelihood, they opened a small grocery in the 5th district of Paris, which brought goods from Cyprus and Greece, while sometime later, they made another decisive step; the grocery was turned into a restaurant, a new boutique with Greek products was founded and Greek recipes began to be sought after by the French. 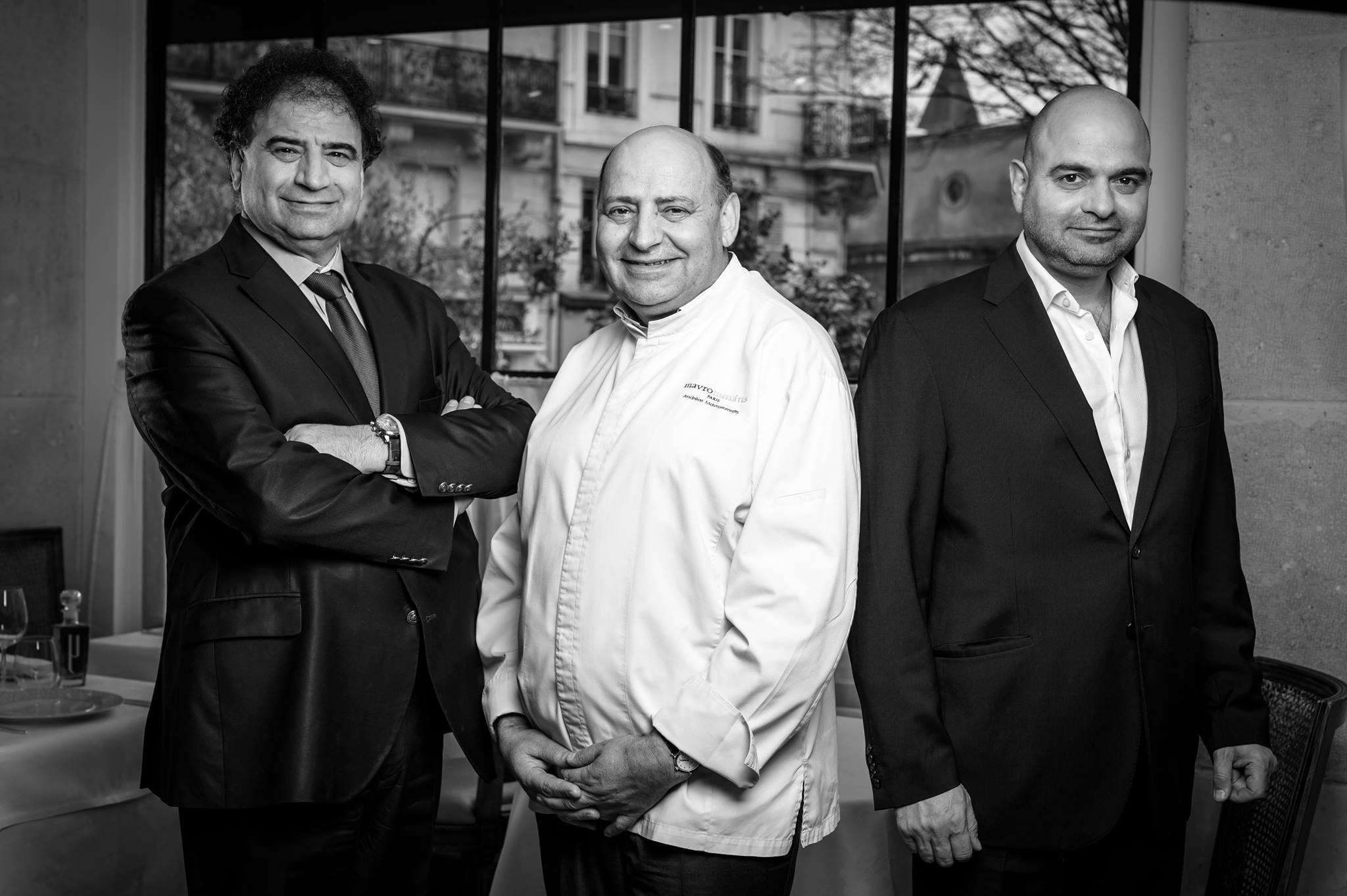 “When I came to Paris to study and decided to suggest Greek flavors to the French, some people called me crazy,” Andréas Mavrommatis admits, “I remember my friends telling me that it’s not possible for our cuisine to stand out in a country with such a gastronomic tradition but I was sure about it and I was persistent.”

Thus, with a lot of work, stubbornness and ambition, the shop started its upward course, as the Mavrommatis brothers also treated the guests with appetizers made by Mr. Andréas in the kitchen of their home. The result was that their shop became more known, with more and more French people interested in feta, oil, wine and gruyère. “Opening the first Μavrommatis deli, thirty years ago in Paris, I wanted to prove that Greek cuisine is not just moussaka and tzatziki,” says Andréas Mavrommatis. 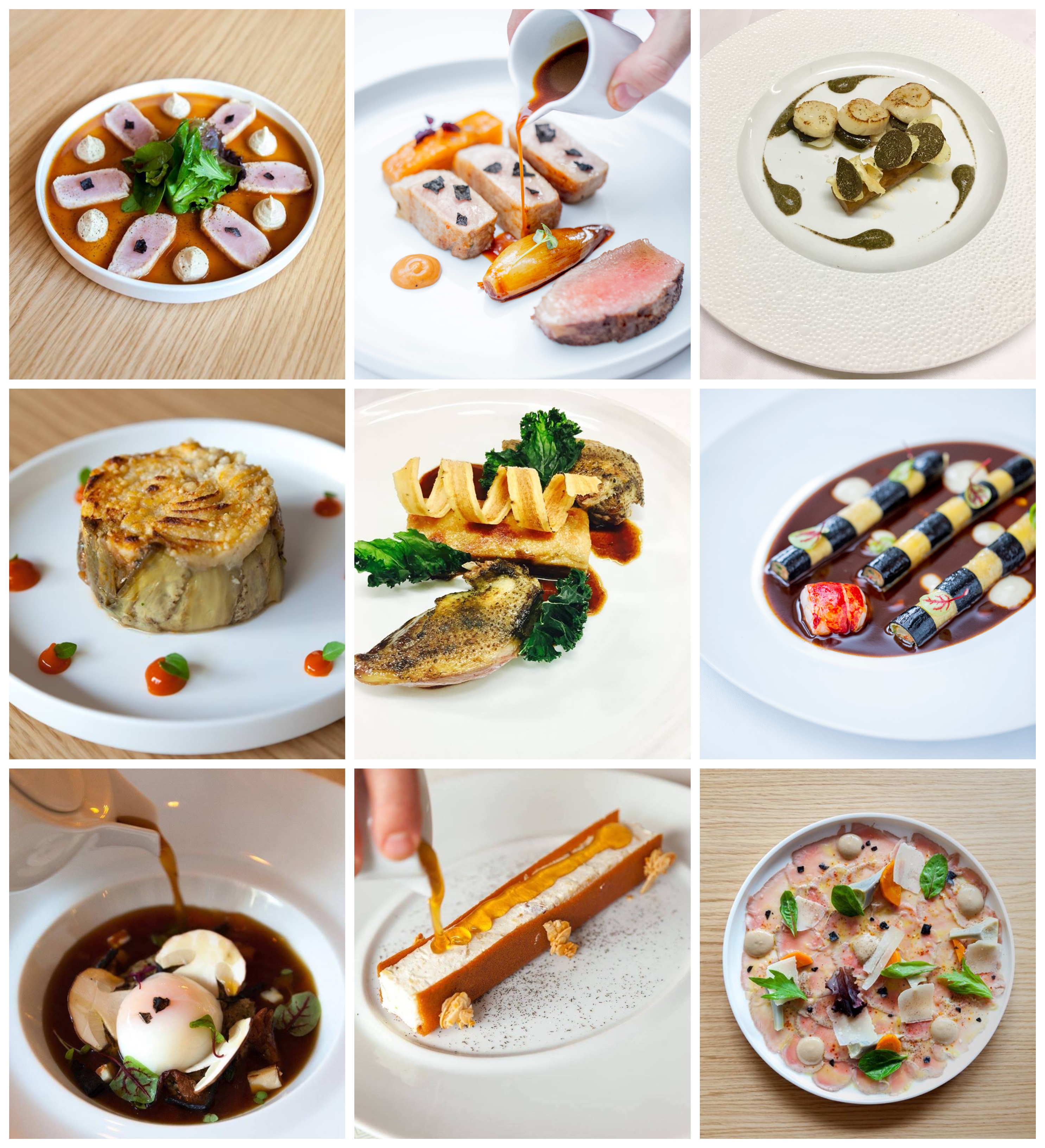 A small tavern, Les Délices d ‘Aphrodite, followed, which slowly gained the trust of its clients, as the Press had written, and was a great success. Other shops were opened, including their “flagship”, “Mavrommátis” (1993), and two “Bistrot Mavrommátis”, one at Madeleine and the other at Passy. Their delicatessen obtained 8 “brothers”, as the Michelin Chef calls them, in various parts of Paris where cooked food is sold. The Mavrommatis brothers also became épiciers-traiteurs (the French word for catering).

Through restaurants, stores and catering businesses, Andréas Mavrommatis wants the brand to symbolize the art of life and the flavor of the Mediterranean. With its collaborators, Maison Mavrommatis is animated by a state of mind that links gourmet passion to a spirit of service. The chain now has 4 restaurants in Paris, 9 stores serving Paris, Nice and Marseilles and a restaurant on the island of Cyprus. 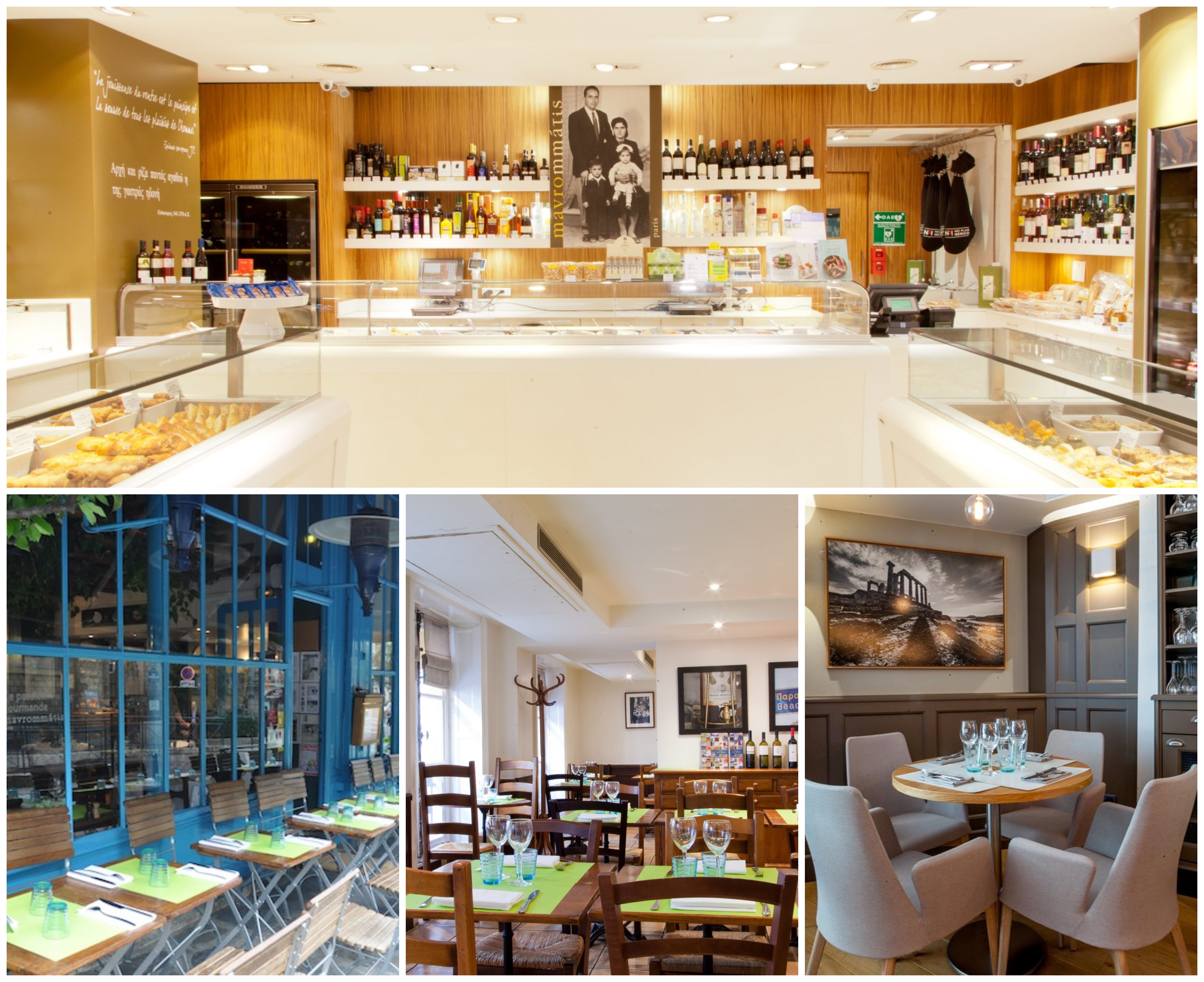 “When you cook, you do it because you love people,” the great chef explains the ideology. “Pol Bowkey, a very great chef, said, “If you do not love the one you cook to, you cannot make good food.” And this is a reality and means that when, one night, people come to us, our clients, we must give them the best.”

The Mavrommatis restaurants in Paris serve creative, traditional Cypriot and Greek cuisine, upgraded and modernized by its synergy with French techniques. In fact, famous people such as the actor Catrin Denev, as well as politicians from France, e.g. Francois Holland, Emmanuel Macron and Nicolas Sarkozy have visited the restaurants. 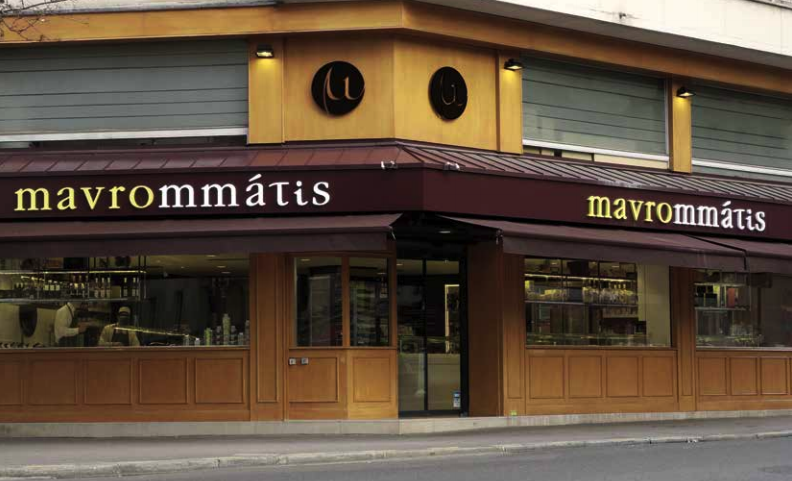 “They are excellent masters of taste,” commented French Liberation some years ago. “The Mavrommatis made us escape from the gastronomic chauvinism and the unnecessary egotisms we often experience. With a stop by the restaurant at Dupont Street in Paris, one will understand. Dozens of products in exceptional packaging make us not only get to know but also love Greek cuisine – it is clearly the revenge of moussaka.”

The company has its own standardized products with the Greek flavors they own on the French market under the name “Thessalia”, while a factory in the suburbs of Paris packs the Greek products they taught to the French and made them love. In fact, Greek preparations have such a demand that the company sells the incredible record of 150 kilos of taramosalata a day. 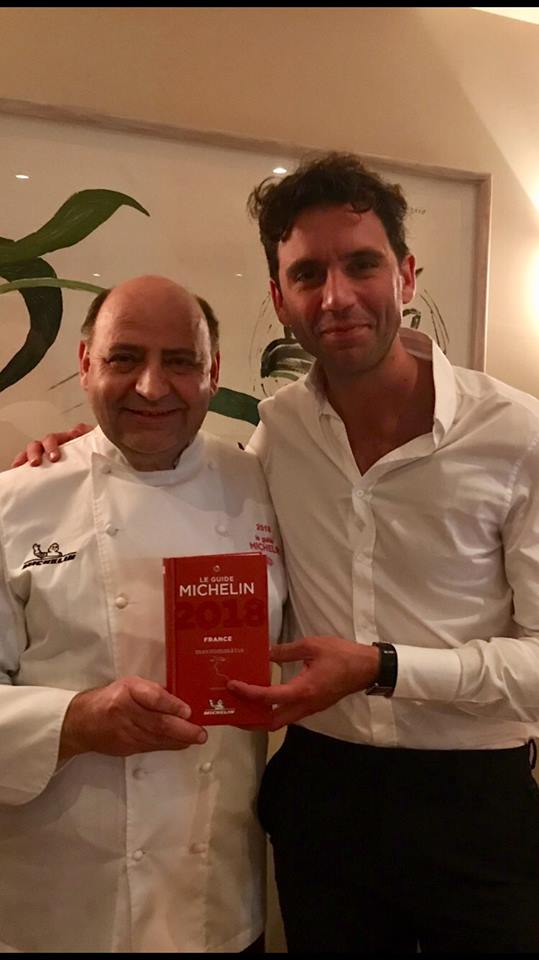 In 2018, Andréas Mavrommatis won the first Michelin star for the extremely creative Cypriot and Greek cuisine, which he has been offering to the French since 1981. It is the reward of his efforts, which for years kept high quality with clean, intense tastes and gourmet specialties. The well-known restaurant “Mavrommátis” was included in this year’s Michelin list among 621 restaurants around the world.