The master of the lyra

Sokratis Sinopoulos is the musician who reintroduced the playing of the lyra in Greece, moving one step further, with musical experiments on completely different streets. He masterfully plays the lyra, which he was taught by Ross Daly in the 1980s, but also by listening to old recordings until he succeeded in producing the “right” sound, as all the musicians of his generation, who were the ones who brought back traditional music into modern urban centers.

He was born in 1974 in Athens. In 1988, at the age of 14, he met Ross Daly and began his study of the lyra and the lute. A year later he became a member of the “Labyrinth” Musical Group, taking part in numerous concerts and recordings for six years. At the same time, he had active musical activity in bands focusing on Greek, Byzantine, Classical Ottoman Music, Jazz and Rebetiko. Mr. Sinopoulos was nurtured in a variety of musical idols of the east and west, forming an identifiable personal style. 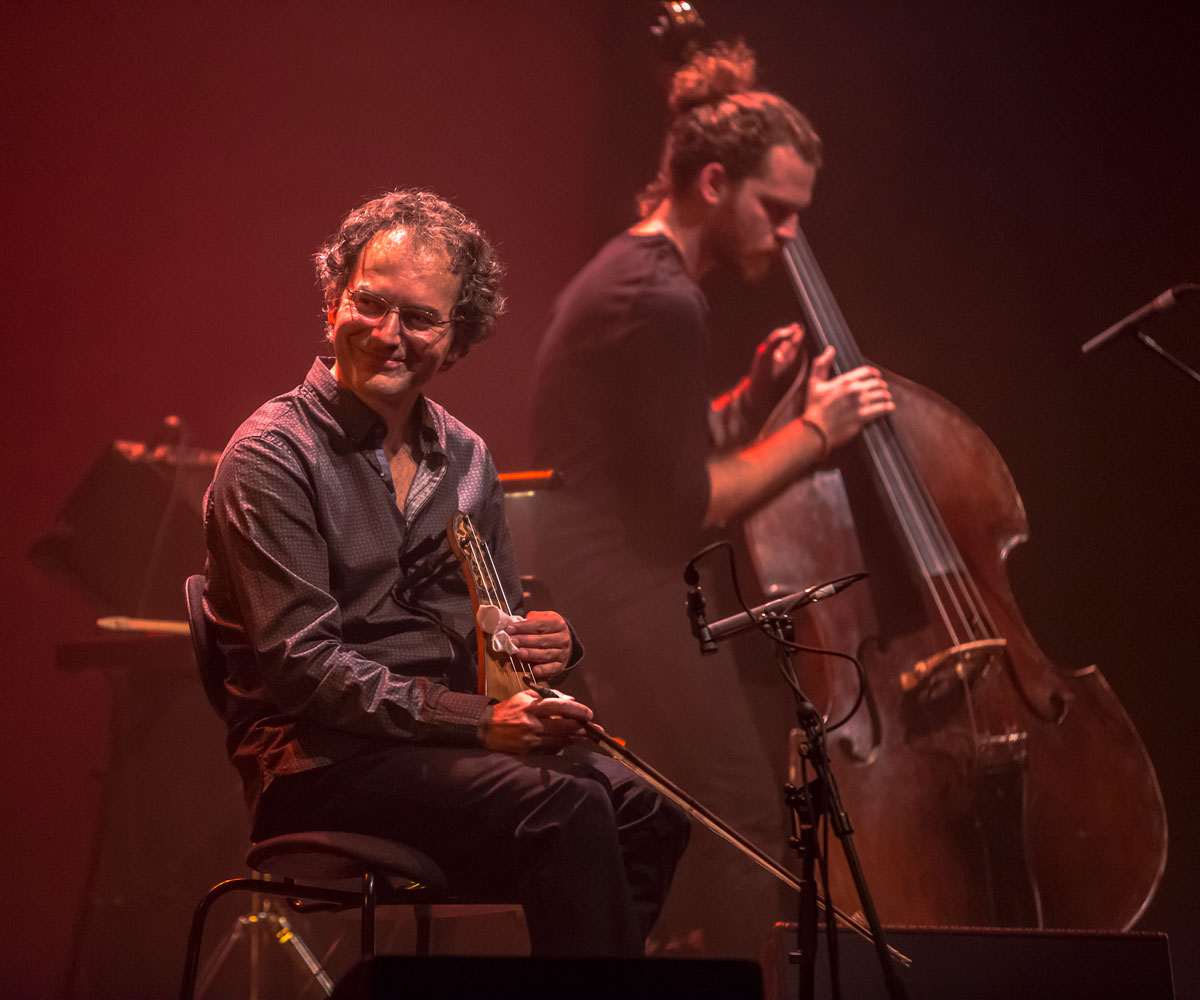 He studied classical guitar, Byzantine music and folk singing at Simona Kara’s school, and in 1997 he completed his musicology studies at the University of Athens. She has numerous concerts and recordings of Greek and foreign bands and collaborations with artists such as Chronis Aidonidis, Ara Dinkjian, Loreena Mckennitt, Evanthia Reboutsika, Derya Turkan. Since 1989 he has begun his collaboration with Domna Samiou in the discography, playing the lyra in the Songs of Foreign Language. Since then, she has appeared with her in a number of concerts and she has participated in almost all productions of the Domna Samiou Municipal Music Association, not only as a musician but also as a musician. In 1999, she was honored by the Hellenic Ministry of Culture with the State Award of Young Artists “Melina Merkouri”.

Mr. Sinopoulos says in an interview, “I am in a phase in my life where I look for similarities. In all kind of music, the jazzist and the Indian play the same notes. Of course, there are different techniques and expressions. We are used to, for example, the popular music of our region to be musically functional. It functions in the context of a community, a festival, etc. In the West, we have music that began as functional or religious, but it is now stage music, where the terms are different, there will be different things, for example a pause , as on stage the pause gives musical content. In an event, on the contrary, a pause has no function, rather it reduces the cultivation of ecstasy“. 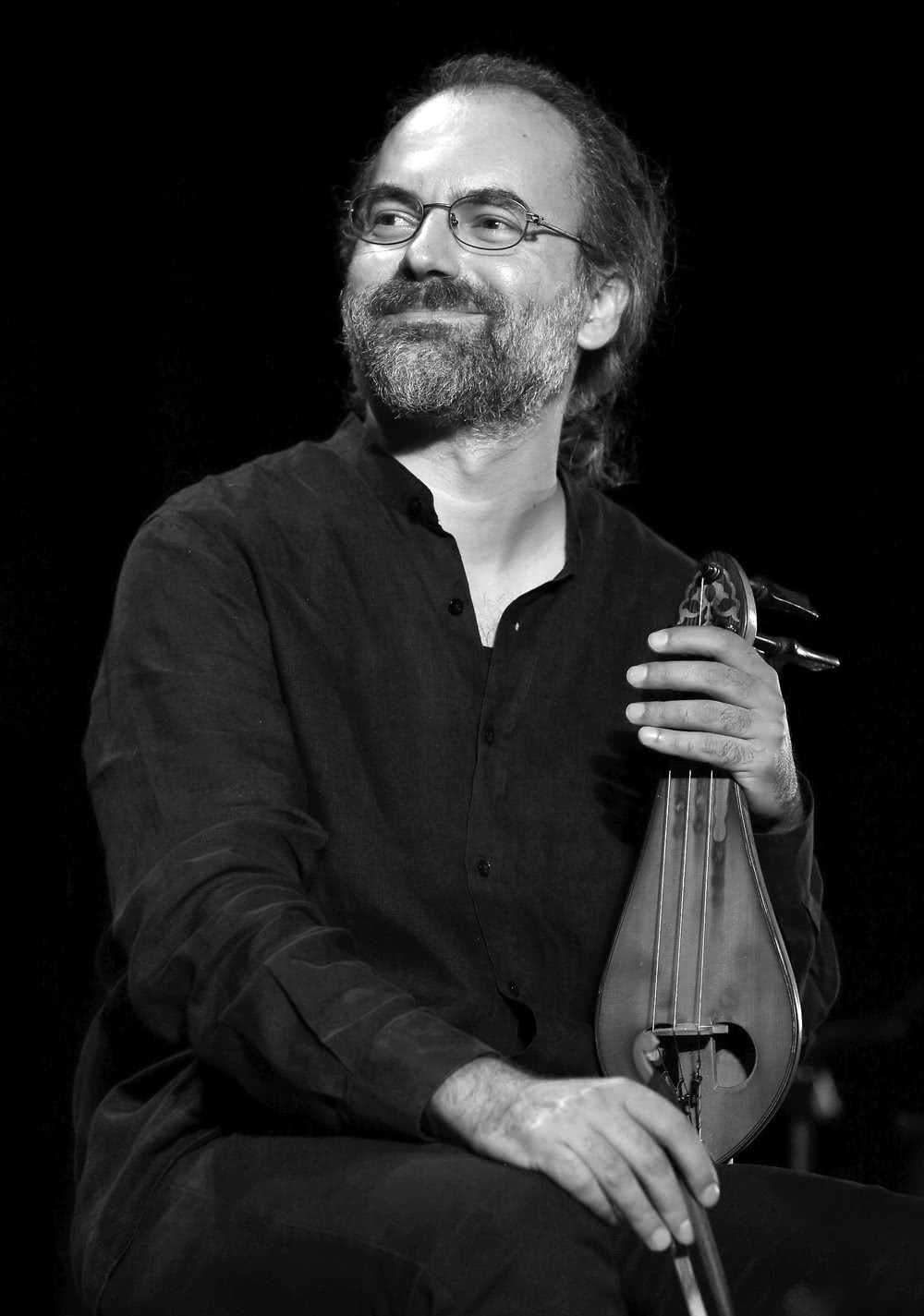 Mr. Sinopoulos believes that the Cretan, the Pontian and the “politiki” (from Constantinople) lyra are three related instruments, as they originate from a common ancestor that is unchanged since 1000 AD. The political lyra belongs to a group of organs with which we are very familiar today, such as oud. This is the class of eastern organs of Asia Minor, which have always played in that region. There were no musicians in Greece playing these instruments.

“The last musicians playing the “politika” instruments were the refugees, who grew old and passed away in the 1950s and 1960s. I was born in 1974 and my generation again began to interest me for these instruments. Indeed, I first played this instrument in Greece after the last Greek from Constantinople musician who died in Athens in 1960, Lambros Leontaridis. There was a sharp turn in the 80’s to the old music, the music schools also supported this trend and so it was reborn in the urban centers as a stage art anymore. All this was started by two or three people like Ross Daly, from whom I was originally taught the lyra, or the Aegean Powers”, explains Mr. Sinopoulos. 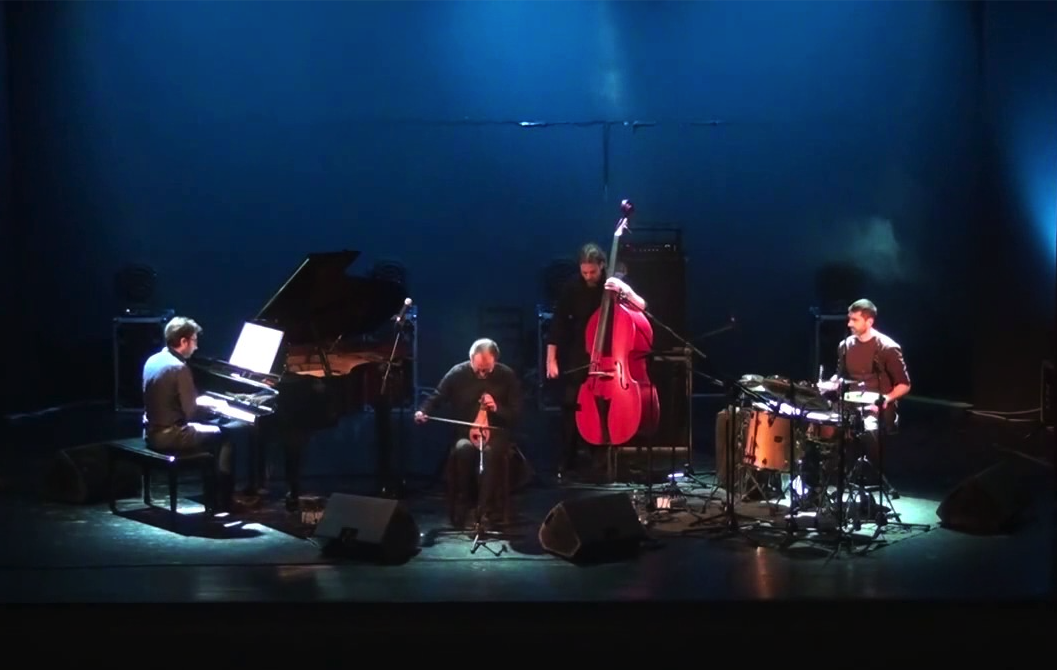 In 2018 he completed a round of concerts with his quartet in Greece and abroad, presenting the album “Eight Winds“, bringing the traditional lyrical sound of jazz improvisations.

At the same time, he teaches lyra at the University of Macedonia, in the Department of Music Science and Art. Teaching is his other great love, and as he says, he teaches “his musical grandchildren“, meaning the students of his older students. He is also President of the Music School’s Artistic Committee, as part of his academic duties.