The Greek engineer of IBM

Dr. Evangelos Eleftheriou is a graduate engineer and Honorary Doctor of the Department of Electrical Engineering of the Polytechnic School of the University of Patras and a Ph.D. of Carleton University in Ottawa, Canada. Still, in 2018, he was elected a member of the National Academy of Engineering of the USA as a Foreign Member.

This election, which is a particularly important international distinction for a mechanic, concerns the recognition of Mr. Eleftheriou’s contribution to the development of science in important technological fields and is highly honorable.

Evangelos Eleftheriou was born in Aliveri, Evia, he received a B.S degree in Electrical Engineering from the University of Patras, Greece, in 1979, and M.Eng. and Ph.D. degrees in Electrical Engineering from Carleton University, Ottawa, Canada, in 1981 and 1985, respectively. One year later, he joined the IBM Research – Zurich Laboratory in Rüschlikon, Switzerland, as a Research Staff Member. Since 1998, he has held various management positions and is currently responsible for the neuromorphic computing activities of IBM Research – Zurich, while he is also Head of the Cloud and Computing Infrastructure Department. 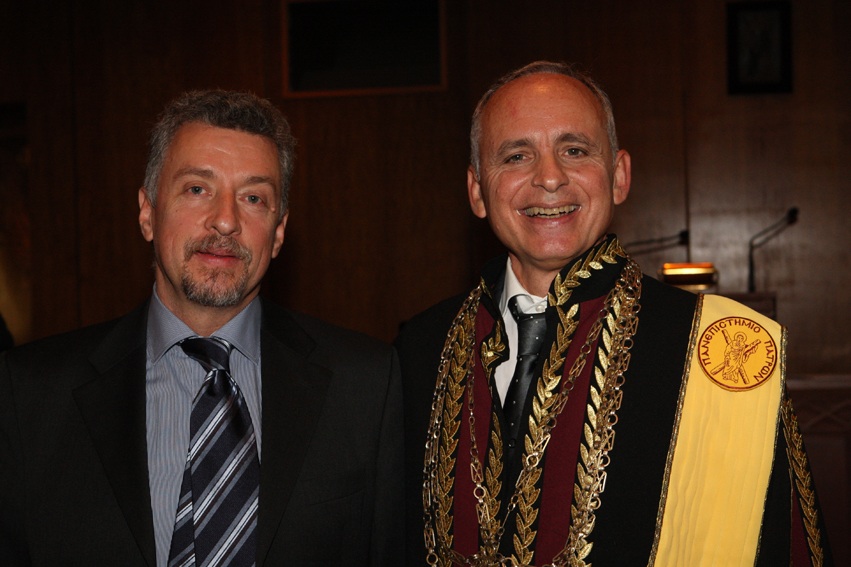 Evangelos Eleftheriou performed basic research in noise-predictive detection, which found wide application in magnetic recording systems and spurred further research on advanced noise-predictive schemes for a variety of stationary and non-stationary noise sources. In this context, he developed the reduced state sequence detection approach, which is also the basic idea behind the so-called Noise-Predictive Maximum Likelihood (NPML) detection for magnetic recording.

This work in its various instantiations, including iterative detection/decoding schemes,[6] is the core technology of the read channel module in hard-disk drives (HDDs) and tape drive systems. The Eduard Rhein Foundation said Eleftheriou had “a pioneering role in the introduction of innovative digital signal processing and coding techniques into hard disk drives”.

In 2001, he started to work on a concept that IBM’s 1986 Nobel laureate Gerd Binnig had originated, namely, to use atomic force microscopy to not only image surfaces, but to also manipulate the surface of soft materials, such as polymers, and write information in the form of nanometer-scale indentations. 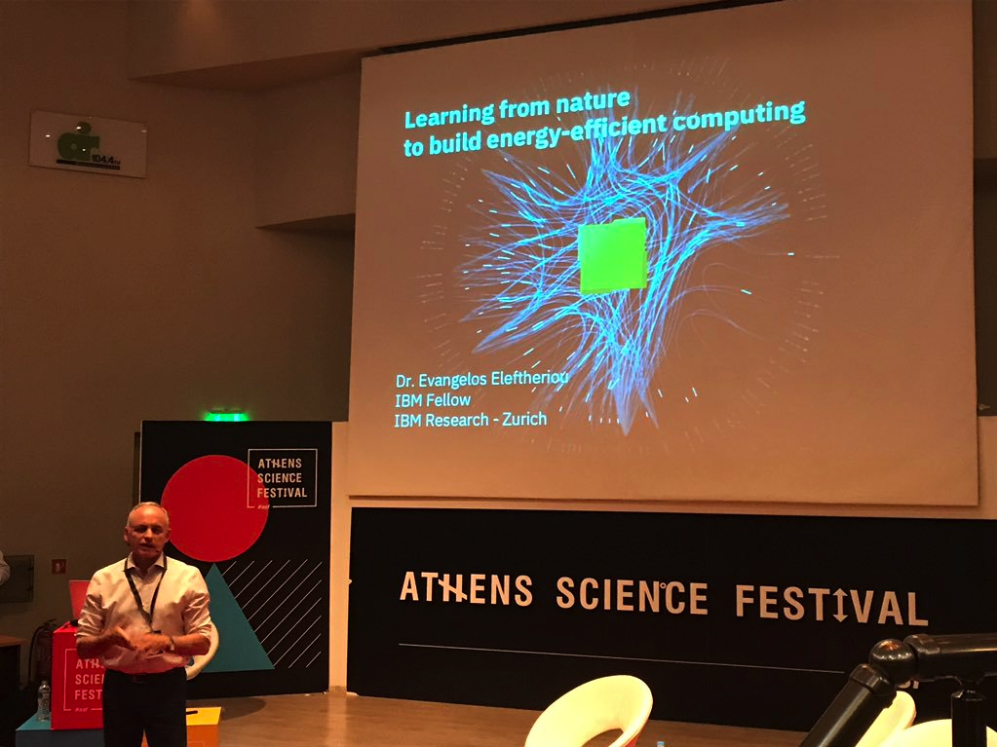 This concept is now known as probe-based storage or informally as the so-called Millipede Storage. Together with his team, he demonstrated a small-scale, form-factor prototype storage system using thermomechanical probes, which achieved error-free writing and read back of data at an ultrahigh areal density of 840 Gb/in2, then a world record for data storage. The “millipede” work was selected as “Technology of the Year” by the US trade publication IndustryWeek in 2003.

Through this effort improvements were made in the field of nanopositioning research, a key enabling technology for investigating and engineering matter at the nanometer scale, for a variety of applications that include not only data storage but also molecular biology, metrology, nanolithography and scanning probe microscopy.

The prominent engineer co-developed the progressive edge growth (PEG) algorithm, a general method for constructing regular and irregular Tanner graphs having a large girth. This algorithm is of great importance in graph theory as well as for constructing powerful short-block-length LDPC codes, a methodology used extensively in recording and transmission systems. 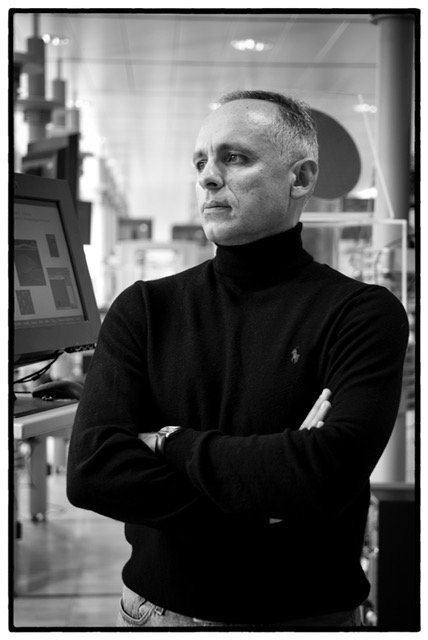 Since 2007, he and his team have increasingly focused on phase-change memory (PCM) as a storage-class memory bridging the gap between memory and storage. They have investigated how to store more than one bit per cell or so-called MLC (multi-level cell) PCM. They have successfully tackled the problem of long-term resistance drift in MLC PCM by using novel read-out metrics. Furthermore, using a new device concept in which the physical mechanism of writing is decoupled from the read process, they were able to eliminate drift; they call this new concept “projected PCM devices.

Exploiting these cutting-edge innovations and enabling technologies, they have been able to show the practical viability of PCM through a 3-bit-per-cell large-scale demonstration.

They have also investigated carbon as a memory material, focusing in particular on oxygenated amorphous carbon to address the issue of low endurance due to the difficulty of breaking the conductive carbon filaments. In oxygenated amorphous carbon, oxygen is added as a dopant to facilitate the breaking of the carbon filaments because it is known that carbon-based materials, when exposed to oxygen, break down by so-called Joule heating. 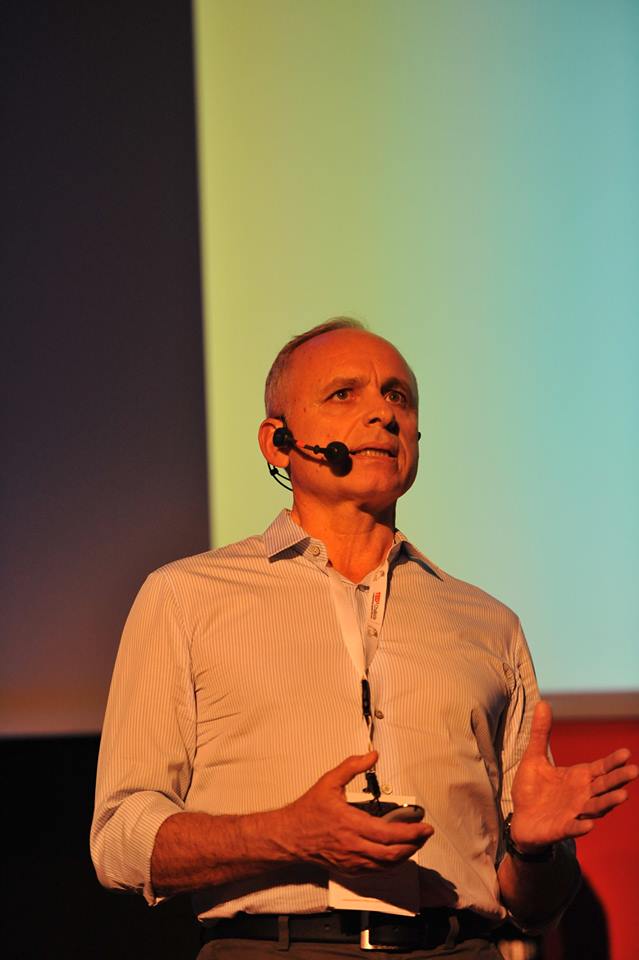 They have built artificial synapses and spiking neurons using phase-change materials, and showed that the inherent stochasticity of these neurons enables population-based computation, similar to the way the human brain processes information. Using the all phase-change neuromorphic architecture, they demonstrated the basic computational primitive of a temporal correlation detector.

“I have expanded my interests in the field of artificial intelligence,” Evangelos Eleftheriou said in an interview “in particular, new computational methods inspired by the way the brain works, such as neural networks and systems utilizing memory mechanisms as processing elements. This latest computational process in international literature is referred to as in-memory computing. ”

He also states that “history and memory is an important part of the heritage that we have and must be preserved – and perhaps I have chosen to get involved with memory and storage technologies that can keep the data for a very long time.” 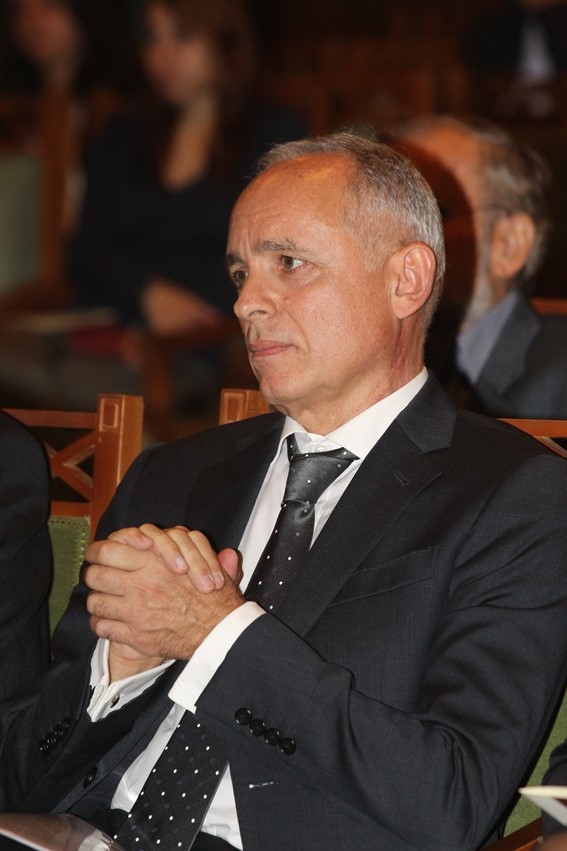 Mr. Eleftheriou has authored or coauthored over 200 publications and holds over 160 patents (granted and pending applications). Since 1994 to 1999 he was editor in IEEE Transactions on Communications, while he was also Guest Editor in IEEE Journal on Selected Areas in Communications special and the IEEE Transactions on Control Systems special issue on “Dynamics and Control of Micro- and Nano-scale Systems”.

In 2002, he became a Fellow of the IEEE. He was co-recipient of the 2003 IEEE Communications Society Leonard G. Abraham Prize Paper Award. He was also co-recipient of the 2005 Technology Award of the Eduard Rhein Foundation. In 2005, he was appointed IBM Fellow for his pioneering work in recording and communications techniques, which established new standards of performance in hard disk drive technology. In the same year, he was also inducted into the IBM Academy of Technology. In 2009, he was co-recipient of the IEEE CSS Control Systems Technology Award and of the IEEE Transactions on Control Systems Technology Outstanding Paper Award. In 2016, he received an honoris causa professorship from the University of Patras, Greece.

In 2018, he was inducted as a foreign member into the National Academy of Engineering for his contributions to digital storage and nanopositioning technologies, as implemented in a hard disk, tape, and phase-change memory storage systems. 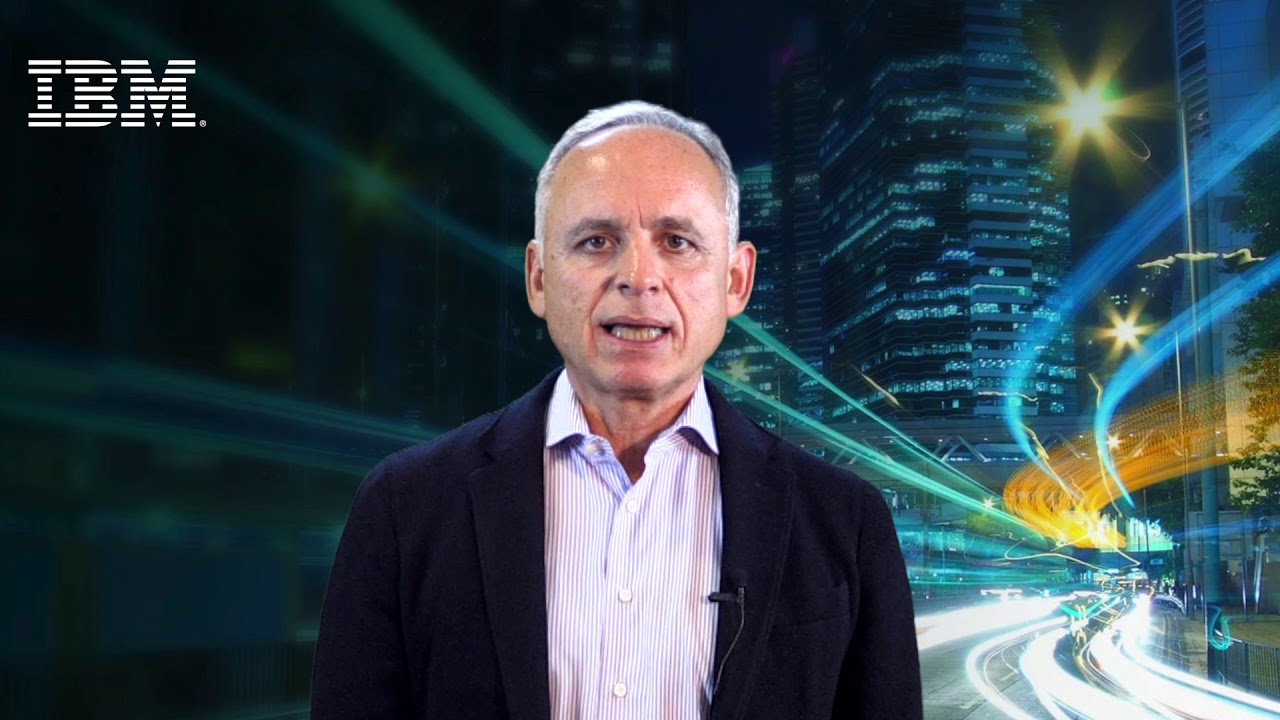 His research activity has opened up new paths and has had a significant impact on the global industry in the scientific area of ​​digital information storage.

“I admire Richard Feynman,” he says, “he was a high-level physics scientist, famous for his authenticity, “electrical” intelligence, and his modest charm. Not only did he make a significant contribution to science, such as his creative work in quantum electrodynamics, for which he received the Nobel Prize, but he was also the only presenter of physics through his books and lectures. His famous speech “There is plenty of room in the bottom”, in 1959, is considered by many to be the beginning of nanotechnology. “