One of the best comedians in the world

Α second generation Greek, Jac Galifianakis cannot speak Greek, but retains in him the character of Hellenism. A master of comedy – as prominent critics have written, Galyfianakis admits it was not easy growing up as a Greek, and that his family was the only Greek family in the small town where he lived his childhood, in South Carolina. In fact, he recalls traditional Greek elements – one of them is that after each dinner, the whole house smelled of garlic and smoke.

His grandparents were immigrants from Crete, Greece. Galifianakis attended Wilkes Central High School, and subsequently attended but did not graduate from North Carolina State University, where he was a communications major.

He decided to move to New York, where he began his career with stand up comedy. What fascinates him is the contact and interaction with his audience. Another favorite theatrical element is improvisation.

He also joined Saturday Night Live as a writer but lasted only two weeks. He had small roles in Corky Romano, Below, Bubble Boy, Heartbreakers,Into the Wild, Super High Me, Little Fish Strange Pond, and Largo.

He had his own episode of Comedy Central Presents, which first aired in September 2001. In 2002, he was the host of his own VH1 talk show called Late World with Zach. On February 22, 2008, he made an appearance on the Jackassworld.com: 24 Hour Takeover. He interviewed various members of the Jackass cast.

He met global success with the hit comedy The Hangover and earned the MTV Movie Award for the Best Comedic Performance.

He visits Greece rather seldom. His first visit to Crete was when he was 14 years old, then again after a couple of years. He can’t overlook the fact that immediately after such a trip, a return to harsh American reality is always difficult.

Will Obama win an Emmy for Galifianakis? 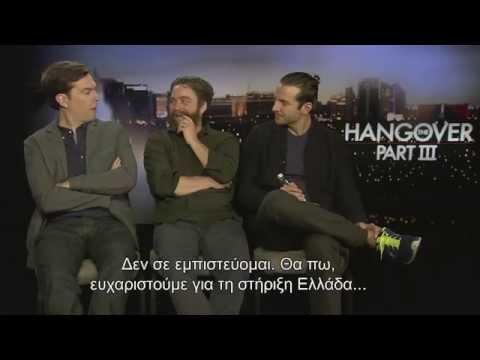