The voice of Mikis Theodorakis from the younger generation

Betty Harlafti is a modern classical interpreter with a wide-ranging repertoire in several languages, concerts in America and Europe and has sung in a concert dedicated to Mikis Theodorakis’ 90th birthday at Manhattan’s Merkin Concert Hall, where he was invited to perform works by the composer.

She has collaborated with the “Mikis Theodorakis” Folk Orchestra in numerous concerts in Greece and abroad, has appeared in the major theaters of the country, such as the Herodes Atticus and the Athens Concert Hall, in the Hellenic Radio-Television, in Festivals, has personal discography, cd single, while the peek of her present career was the first complete songbook of the great composer, Mikis Theodorakis, with symphonic sound. 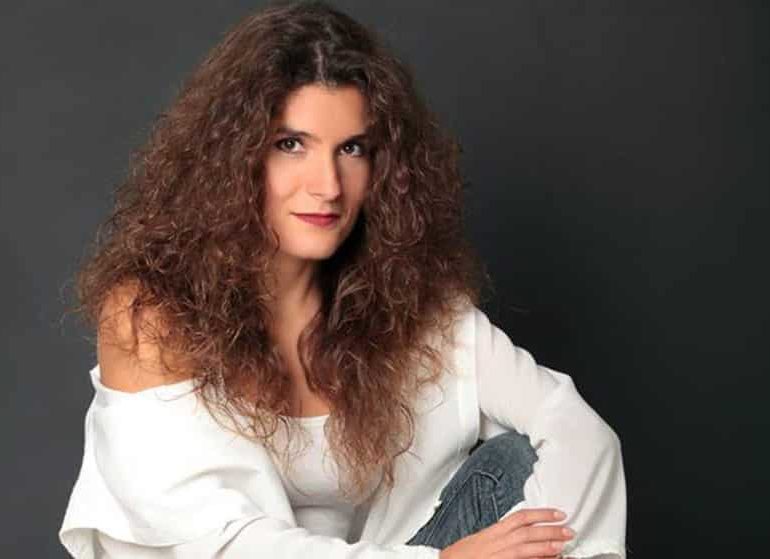 Betty Harlafti was born in Athens and her family comes from Asia Minor. She holds a Diploma in Classical Singing from the Acropolis Conservatory of Athens, the London College of Music Examinations Diploma in classical singing performance and has attended singing master classes in Greece and Germany with countertenor Michael Chance and others. She holds a Degree in Geology from the University of Patras.

The artist sings since her student years, with the “Mikis Theodorakis” Folk Orchestra unexpectedly inviting her to collaborate a few years ago. She participated in every concert of the orchestra for the next four years.

She symbolizes the leading Greek composer as “a whole country, a people, more peoples united, a vision and a belief for a better and fairer life, moments of a time of my childhood, a phenomenon of our time and, finally, the whole world. For all of us, I think he’s a symbol-person. I happened to be fortunate enough to be near him and be bathed under his universal aura. I carry all the precious hours I spent with him and always will as a treasure.”

So many times she had thought about how much she would like to record a record of his works, but she did not dare to express it. The proposal, finally, was made by Mikis Theodorakis himself in a rehearsal for the performance “The Dead Brother’s Song”, which was then played at the Badminton Theater. 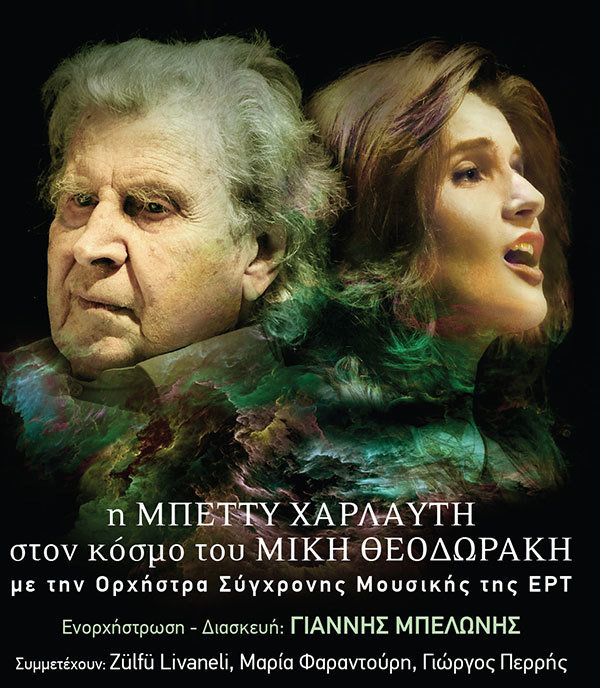 The mezzo-soprano and singer says that “I couldn’t believe what I had just heard! We started working immediately! First of all, I searched within me for the message I would like to give through such a record. I did not want a record that would just “display” my voice and my special relationship with Theodorakis’ work. So I modeled it and it started taking form! I felt that at the period of time we stand today, more necessary than ever, is the message of Peace, Unity and Friendship of the peoples that governs all of his work. That’s what I wanted my work, this album, to symbolize as well.”

Giannis Belonis, a pianist of the “Mikis Theodorakis” Folk Orchestra, a collaborator with the great composer, musicologist and orchestrator, was her main partner, while Mikis Theodorakis was on their side on every step to guide and advise them. The Greek Radio-Television expressed “the very honorable, for me, interest, to participate and to record the album with its Musical ensembles! Α Symphony Orchestra!” says Betty Harlafti, “the first complete songbook of our great composer with symphonic sound. This is an experience that I would need 1 Giga ram of photos and videos to describe! ”

In the album “Betty Harlafti in the World of Mikis Theodorakis”, there are two unpublished songs by the composer. In her interview and the question of how she felt about it, she replied, “I had to concentrate, understand, feel what the creator was engaging in these two unpublished songs I was called to perform first,” while explaining how the composer’s guidance was valuable she said, “At the moment he opened his hands as he directed me in the rehearsals, there were incoming waves of unexcavated universal energy”.

“It is a great honor to put my name alongside those of the two most iconic artistic personalities associated with the work of Mikis Theodorakis worldwide. I once again felt what a “great artist” means, how they work and work together, especially with a new voice that is far from the ways of their career. ” 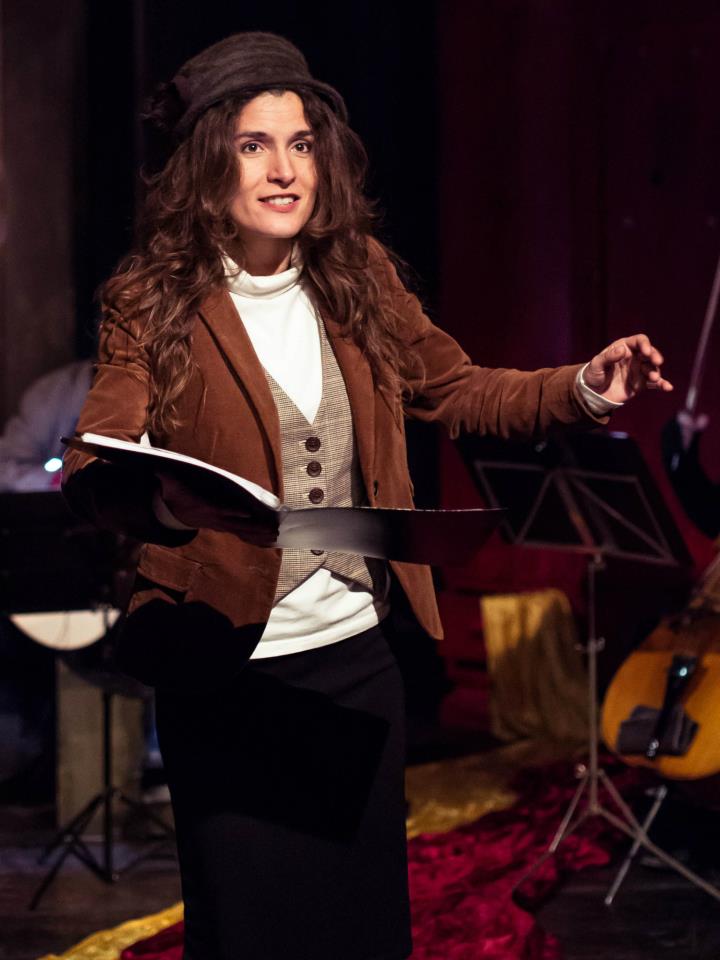 When asked if their cooperation with Mr. Theodorakis will continue, she replied that Mikis Theodorakis bears within every Greek, let alone if they are an artist who has the great fortune to work with him. For her, it is of little importance whether or not she formally cooperates with again. “I will definitely continue appearances abroad, performing his works”. She concludes by saying that having a record like that, which gathers so many circumstances but also experiences indelibly and precious to him, “co-existence” regardless of how it evolves. “Besides, it is a conscious choice.”

Mikis Theodorakis’ music has overwhelmed her since she remembers herself, but Betty Harlafti always sings about her soul, as she has said in an interview. Most people may know her from her special, admittedly relationship with the work of the composer, but she sang and still sings a lot of varied and always tempting creations. Theodorakis, Mozart, Bach, Tsitsanis or Queen, when they conquer her, she devotes herself to them. Bach’s “Christmas Oratory” gives her goosebumps as much as a “Kleftiko” from the Peloponnese does, while in New York she has interpreted from Whitney Houston up to a traditional Lebanese hymn. 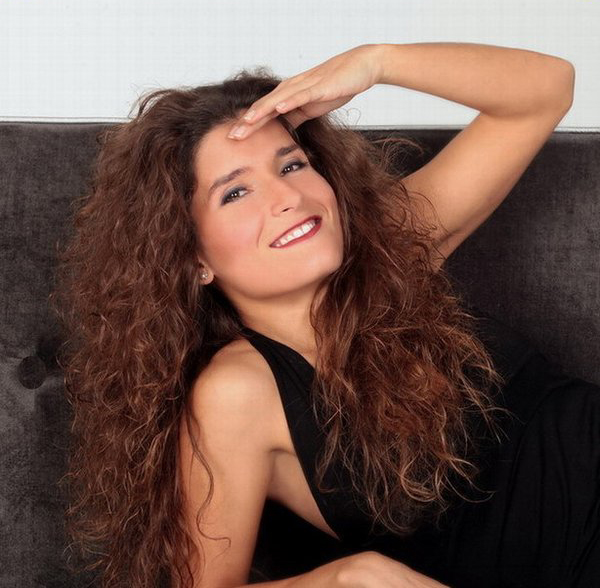 Her favorite songs by Mikis Theodorakis are the “Beautiful City” because she has never been able to explain the frisson it causes, “The Unknown Poet”, “a “prayer” that traverses the history of Greece, given by the poet Mikis Theodorakis, a confident Mikis, proud, brave” and the symphonic work “Canto general” because it is the visible and invisible struggle of mankind for a better life.

With the “Mikis Theodorakis” Folk Orchestra she has a special relationship, great concerts, indelible moments, “Herod, Israel, birthday at Megaron, etc.” I truly love our coexistence on stage. With a linking ring orchestration of a musician who knows very well the composer’s style, his messages did not lose their meaning under the volume of many musical instruments. 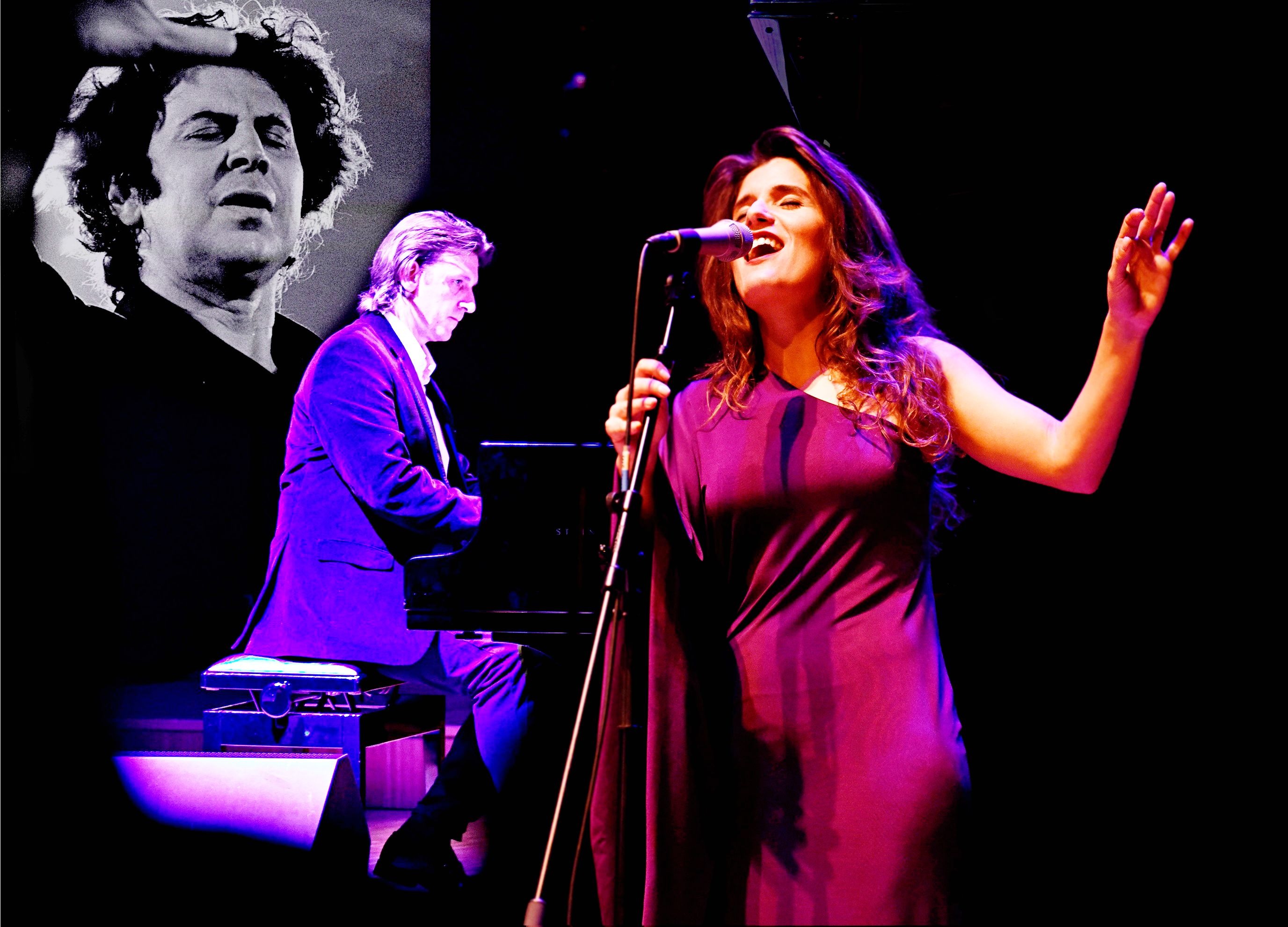 Looking at the future, she wants to follow the system “I interpret what expresses me”. Everything that accompanies her on the path of personal expression, “the search for the art galaxy and experimentation, I am here to live it! To be honest, some work is already being prepared and there is plenty of perspective material in the drawer. And of course, the release of the international version of the new album is getting ready! ”

In the next two years, she would have liked to have traveled the message of Peace through her album and the work of Mikis all over the world. She would also like to have visited all the islands mentioned in Elytis’ “Axion Esti” at least three times. 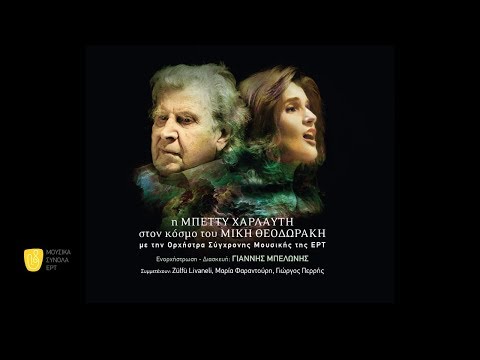