The Greek who conquers Bollywood

Elizabeth Avramidou is a Greek-Swedish Bollywood actress with great acting parts and participation in films, shows, video clips and advertisements in India, where she stands out as the “Greek Goddess”, as much as in Sweden and Iran, while in 2019 she was awarded the Sol Lions Gold Awards as the best performer of the year.

Born July 29, 1990, in Sweden and raised in Stockholm by a Swedish mother (actress) and a Pontian father (musician) from Prochoma, Greece. The Greek element was very intense in her childhood home and life as she went to a Greek school and her summers were spent in Greece with relatives and local festivals, with Pontic dances she loved and still loves. 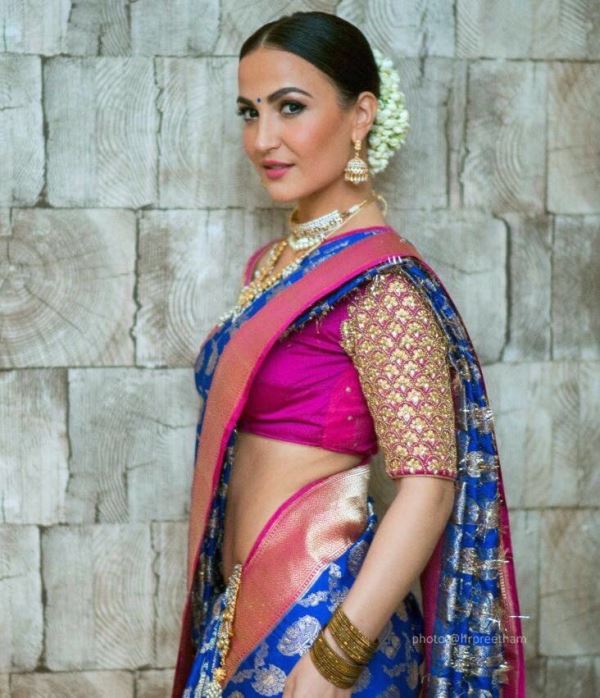 The talented actress was only 5 years old when she first saw a Bollywood song on Swedish television and was “enchanted” by the rhythm, melody, movements, intense colors and even more intense passions that were transformed into singing. She asked to know what was it about, “because I wanted to dance, express myself and dress like that,” she says in an interview with “Kathimerini”.

In her adolescence and early adulthood, Elli built her skills to achieve her dream of becoming a Bollywood star by having Indian dances classes and getting help from her actress mother, Maria Granlund, who played among others in Bergman’s film, “Fanny and Alexander”. She participated in a teenage film and television series, realizing how much she loved being in front of the camera. 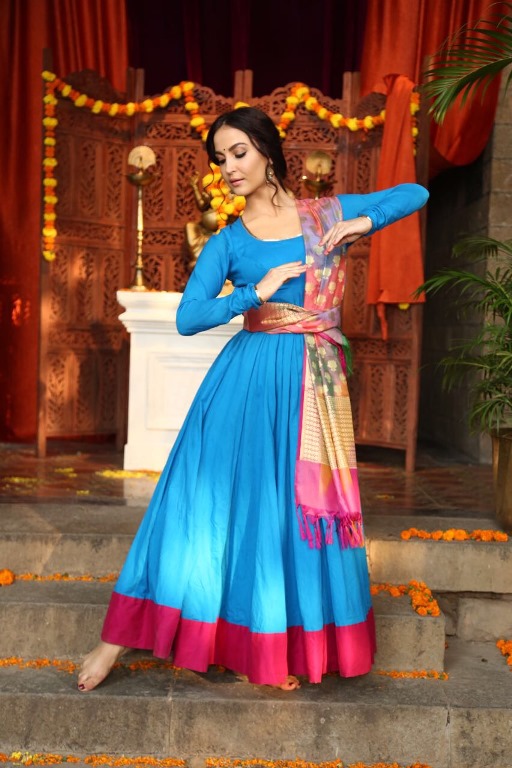 At 17, AvrRam (her stage name), became a member of Sundbyberg, the Stockholm-based Pardesi Dance Group, and she gave dancing performances, primarily to Bollywood songs. Later, she took up some acting projects in Sweden, the most noticeable of them being the crime drama romance movie, Förbjuden Frukt, where she played the role of Selen – the lead character’s teen girlfriend.

In 2011, she and her mother visited Mumbai, India, where they stayed for two weeks, aiming to see closely how the artistic system worked, to realize if she was satisfied with it and if she could cope. “It was not easy at all because you have to look for an agent first and it’s not a simple matter. In India, there are too many girls who have dreams and ambitions to make a career in Bollywood, the competition is huge,” explains the artist. When she finally found an agent, she booked her first jobs in modeling and advertising, and then she took part in a reality show, the Big Boss, managing to introduce herself to Indian homes. 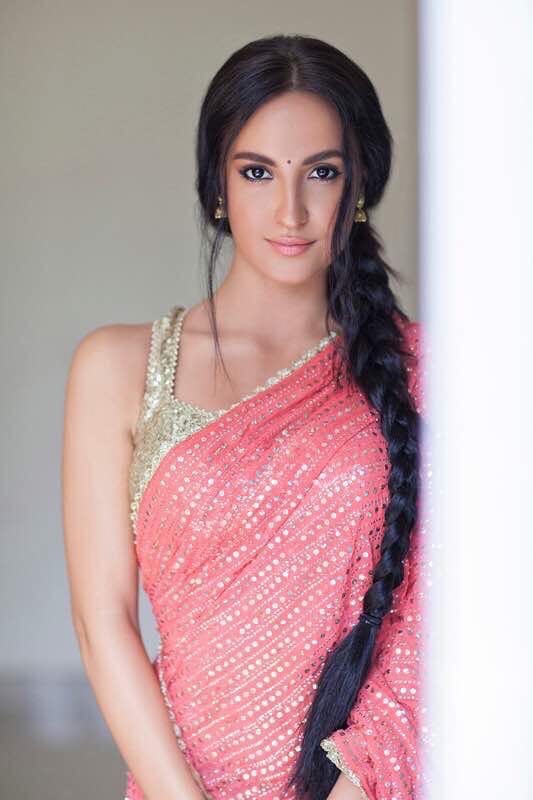 Getting a role in Bollywood was difficult for the actress, as she did not talk Hindi at all. As long as she lived in Sweden, she had been having Indian lessons, “but it’s a different thing talking Indian and acting in Indian” she admitted. Three months after arriving, she accepted a proposal to play in the comedy thriller “Mickey Virus”, for which she asked the director to send her the script to be able to memorize the words, since she did not know Hindi yet. “They sent me four pages of dialogue and there was no one who could tell me how to pronounce some words. At the hearing, they liked my acting, but the pronunciation was not right. ” She was a candidate in a list of 200 other candidates and in the end, she managed to pass in front of all and take the part.

At first, they were proposing her foreign parts instead of Indian, but she kept denying them. “If you play the foreigner once, then they will give you only such roles and I did not want to be stuck with this label. Nowadays, no one proposes foreign roles to me and I play the girl whom the hero falls in love with”, as Elli Avramidou admits. 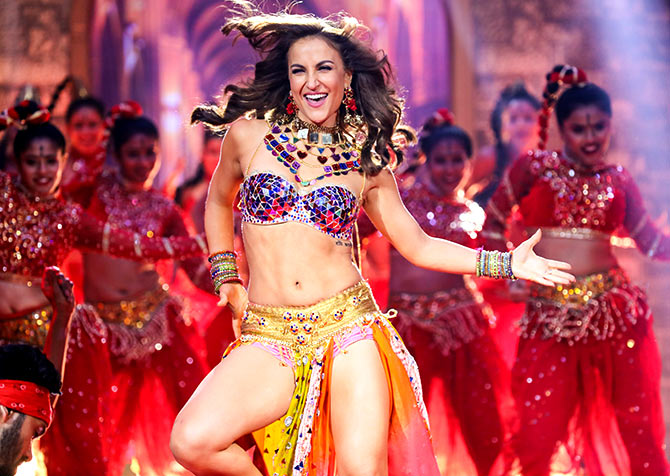 Now, after classes, she speaks fluent Hindi, something that surprised the people of the domestic industry at first. “When you are a European and you want to go make a career here, you have to do thrice the effort to convince people,” she confesses while having started learning the rest of the country’s dialects. “I have played in two films for southern India where they do not speak Hindi.”

Her acting path and popularity are at their best state in recent years, with the distinction from the Sol Lions Gold Awards, which recognized her as the best performer of the year, being the proof. The prize was expected, as the video clip of “Chama Chama”, shot for “Fraud Saiyyan,” has been watched more than 100 million times on YouTube. Until this day, she has played in ten films, has taken part in four television programs, and in 2019 she shoots three series on Netflix and Amazon Prime. 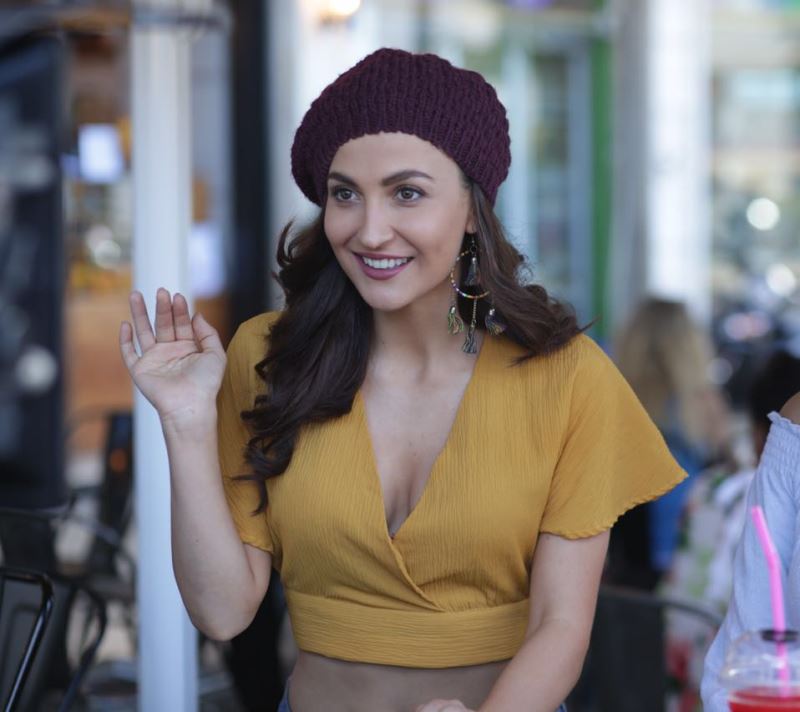 She says that singing and dancing are indispensable elements of Indian films and that this is one of the many differences between Indian and European cinema, while to the question of what the strong elements one must have for making a career in Bollywood, she replies “In my opinion, there is a need for more talent than a Hollywood actress must have. In Bollywood, you have to dance, sing and play. What distinguishes me from other colleagues is my good dancing movement, but also my ability to learn choreographies quickly. ”

Today, she has become aware of the reasons why she has been intimate with Indian culture since her childhood. “The rhythm and the melody resemble so much the ones of old Greek songs, rebetika, smyrnaika and folk, in which I grew up.” Her father, Yannis Avramidis, used to rehearse with his Greek band at home. “All our lives were greek style, even my Swede mother knows Greek and Pontian, singing and cooking Greek,” says Elli, who wants to make her base in Athens sometime in the future, “I always look for the nearest Pontian festival. Once I go, I do not stop dancing.” 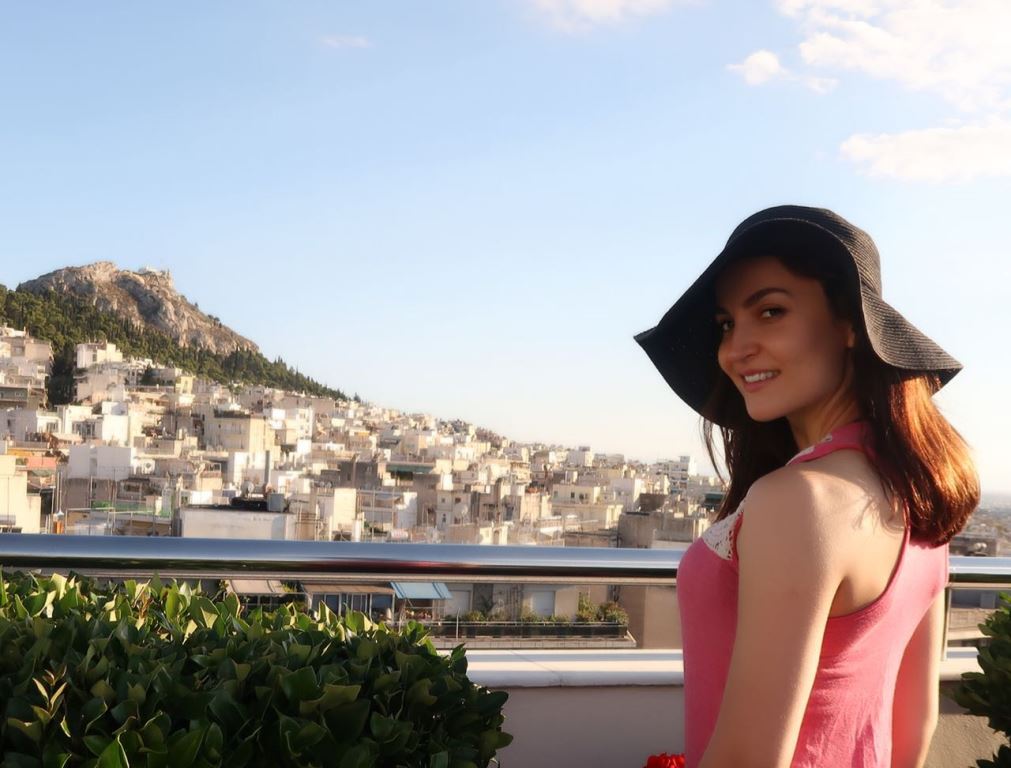 Regarding the Indian media and whether they refer to her Greek origins, she responds: “Often they call me “Greek goddess” and I am very proud they speak flattering words about the Greek side of my character!” 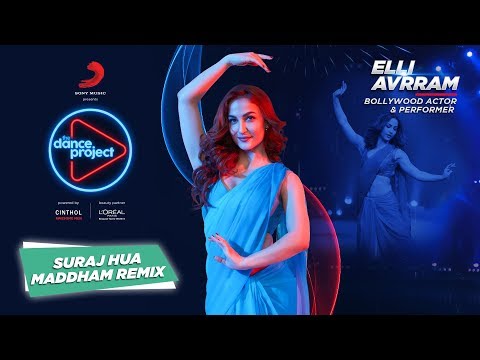