Τhe contemporary Greek family through the eyes of art

Dimitris Papanikolaou is an Associate Professor of Modern Greek Studies at Oxford University, where he teaches since 2004, also covering the themes of cultural studies, queer theory (term referring to gender minorities and their rights) and gender studies. He is a partner of St. Stephen’s College. Cross. He studied Classical and Modern Greek Literature in Athens and Comparative Literature in London. As a researcher or guest professor he has worked with UCL, NYU, Columbia and Princeton universities.

In his latest book, “There’s something about the family”, and by investigating ten modern works from literature, theater and cinema -among them from the directors Economidis, Lanthimos and Avranas- Dimitris Papanikolaou attempts to interpret the contemporary artists’ view on the “short-circuit family”, not to exaggerate the artistic result, but to reveal familiar situations that we like to watch in art, but we usually hide them “under the carpet” when we are returning home. 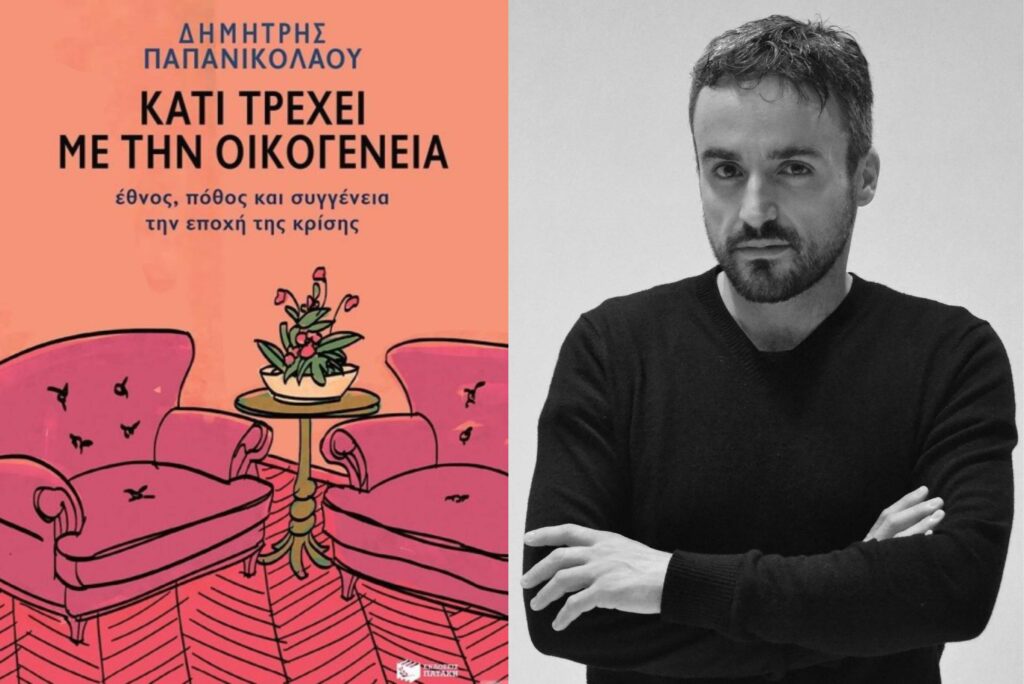 “The image of the Greek family in short-circuit seems to evolve into a new stereotype, a trademark of the Greek society in crisis: a family that yells a lot, exhausted in an unbroken physical and psychological violence that eats its flesh persistently and painfully”, he says in an interview with Kathimerini newspaper.

He continues by saying that “Modern family is much more defined by what it does not have (security, security, social protection), hence not defined by security but by its precariousness. It is also defined by people’s desire for connection – something that has been timeless, but today we see it more and more as a matter of choice and self-determination. We are slowly becoming aware, that family is no longer what we are or what we are in, but it is what we choose, the bonds for which we insist, the shapes in which we remain. Sometimes one finds the power to really make what we say “whatever he wants” he does not find one”, he notes.

“It has been said that the family is the seed of evil for the multi-layered crisis that Greece has gone through, but I do not agree. What I believe is that talking about the family in Greece today may be a very political way of putting political and critical issues in place. From the public / private link to the public sphere. And from the debate about what went wrong in the transition to criticism of the patronage, favoritism, political family, nationalism, and intolerance that still define our everyday life, often as the seed of evil for many of what’s happening to us”, says Mr. Papanikolaou.

“Art and psychoanalysis / psychotherapy help us to understand collective problems and to find solutions. They support and evolve the very concept of collective responsibility, and they’re not a niche for the few, the benefits of which meet the “wall” of an uneducated mass trapped in stereotypes. When you do art, or when you work in education, you begin by accepting that there is no uneducated mass, but people with whom we need to open a critical, lasting and constructive dialogue. This is what I think should be the treaty in political debate, in school or university class, in art spaces, but also in sofas, of all kinds. If you think that some cannot by definition listen to or receive you, then you underestimate your addressing to them, and then you actually produce unnecessary luxury items”, he adds.

In his book he characterizes “Strella”, a film by Panos Koutras about the story of a transsexual person, as political. He focuses on the scene that Strella walks in Athens, as if she wants to shout that her body, history and subjectivity require a place in the public space. 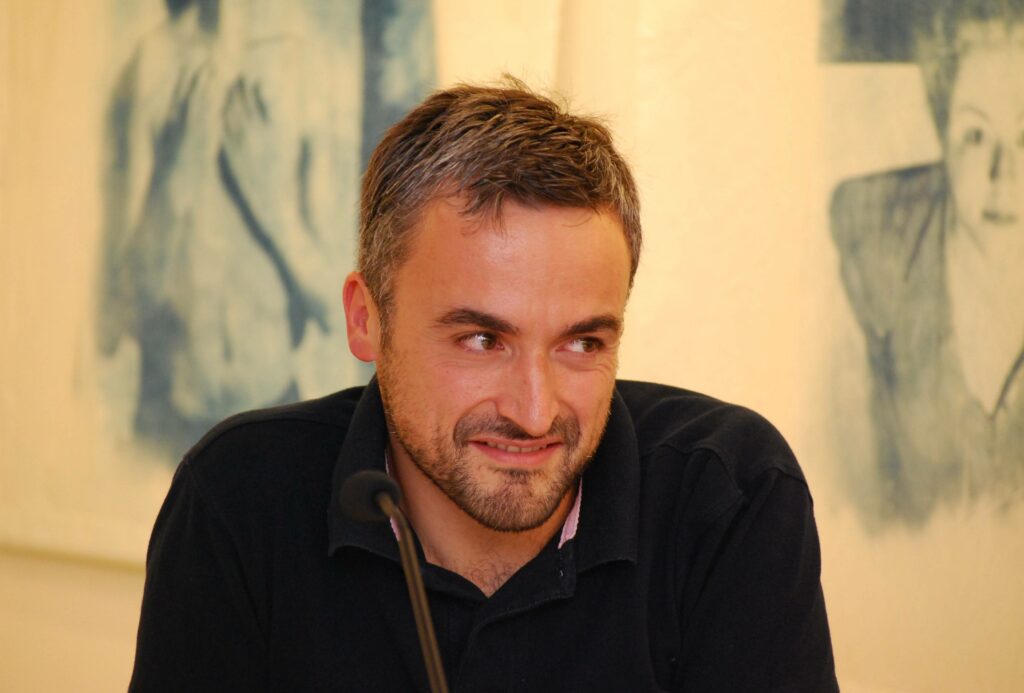 “We have to ask ourselves how much the public sphere “cannot bear” the essential presence of diversity, and how politically it is to want to change that. The movements of sex and sexuality have been so dynamic in recent years, precisely because they make demands very fundamentally for the functioning of modern democracy, and for the concept of the citizen of a modern society. The demands of single parent and homogeneous families are part of this effort to change the terms of political participation and social representation” notes Mr. Papanikolaou.

As a journalist, he has worked in the newspaper “Investor“ and in the Greek service of the BBC. He has been a member of the editorial team of the magazine “Unfollow“ and the editorial committee of the “Journal of Greek Media and Culture“ and a regular columnist of “Avgi“. In English, he published his book “Singing Poets: Literature and Popular Music in France and Greece“ (Legend, 2007). In 2013, he was selected as the scientific advisor of the Onassis Foundation for the Cavafy Archives. His publications refer, among others, to N. Kazantzaki, KP Cavafy, G. Seferis and A. Frangia.

His next big projects include: a book titled Greek Weird Wave: A Cinema of Biopolitics (to be published by EUP); an edited volume of the Journal of Greek Media and Culture on sexuality, culture and citizenship in Greece; a study of cultural responses to the current Greek socio-economic crisis; and a longer project provisionally titled ‘Queering Hellas: Movement, sexuality and the place of Greece between the wars’, which looks into expressions of queer desire by writers who moved in and/or out of Greece in the 1920s and 1930s.