35-year-old scientist Dr. Konstantinos Dimitriadis is a senior researcher at the Max Planck Institute and managed to stand out among young scientists who have secured funding from the European Research Council (ERC).

He started his scientific career at the Aristotle University of Thessaloniki, he continued at the Institute of Immunology of the Hellenic Center for Neurology “Al. Fleming” and completed his doctorate in the Department of Genetics, Development and Molecular Biology of the Department of Biology of the Aristotle University in the team of Prof. Georgios Mossialos. As he has said in an interview, after fulfilling his military obligations, he decided that the next step should be done outside the borders.

Consequently, he found himself at the German Cancer Research Center (DKFZ) in Heidelberg, Germany, as a postdoctoral researcher in the team of Dr. Aurelio Teleman, where he stayed for about six years. In January 2017, he moved to the Max Planck Institute for Aging Biology in Cologne, where he started his own research team.

The research program it deals with comprehends the molecular mechanisms by which human cells perceive the presence or absence of nutrients and how deregulation of these mechanisms contributes to the development of diseases such as cancer or various metabolic diseases. “Under normal conditions, our cells grow only when there is sufficient nutrients in their environment. However, several mutations can lead to the deregulation of these cellular mechanisms and the uninterrupted cell growth, which is often found in cancer cells”, he says. 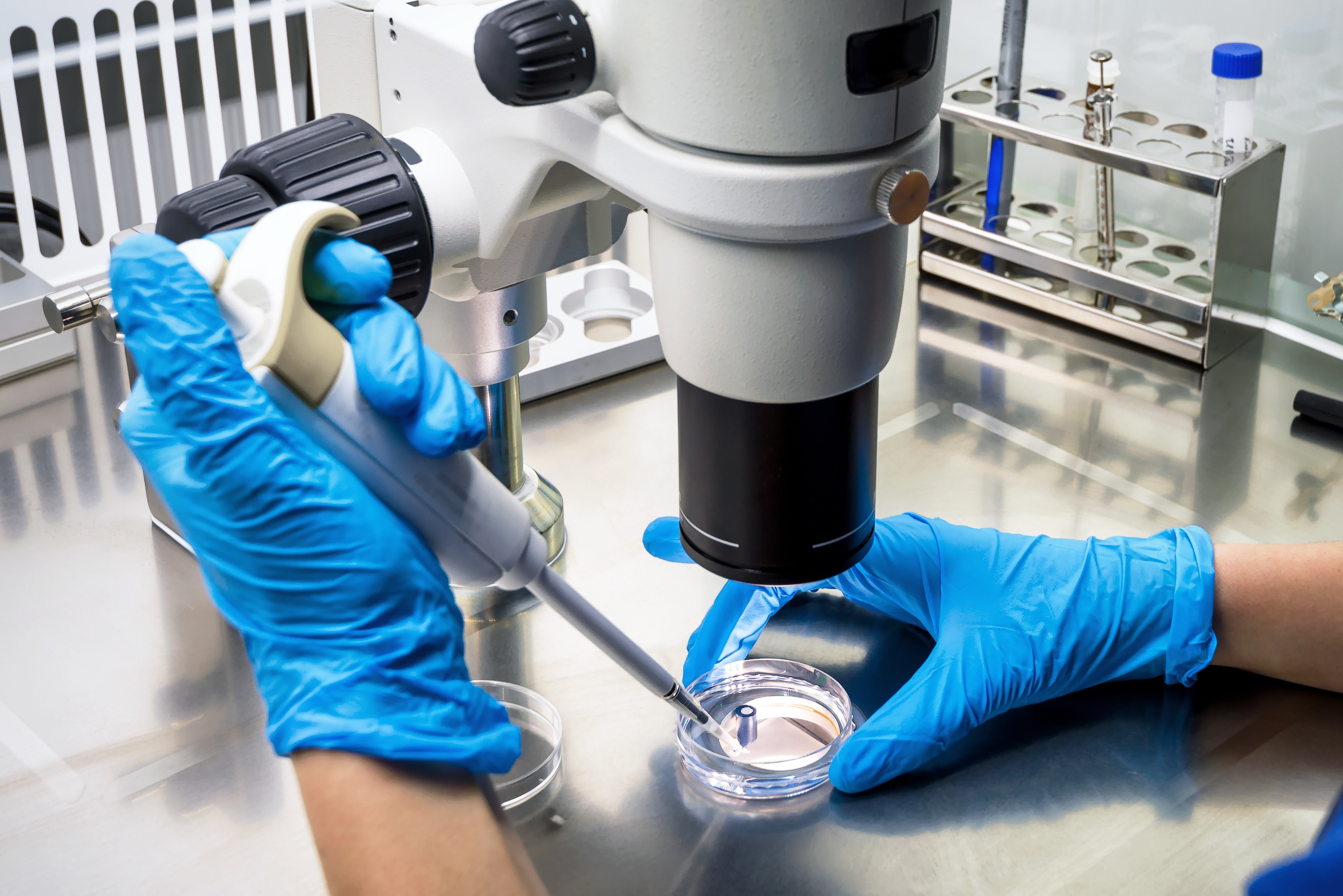 It is worth mentioning that the criteria on the basis of which a proposal is evaluated by the ERC is the innovative and pioneering spirit of the proposal as well as the CV of the researcher submitting it. In general, the ERC funds ambitious high risk projects that could potentially change a scientific discipline. The selection process is quite demanding and takes place in many stages. Initially, proposals are submitted in writing to the SSC and are judged by a panel of investigator-evaluators, depending on the subject of the proposal. Proposals passing the initial evaluation stage are sent to 8-10 external review judges, who score and comment on them.

The initial panel, also taking into account the comments of the external judges, invites a small number of researchers for a personal interview in Brussels, where the researchers present their proposals and answer any questions. About one in three proposals invited to interview will eventually receive funding. One out of ten proposals initially submitted are funded after this process.

The scientist’s research aims to explain how human cells perceive the sufficiency of nutrients under normal conditions and what goes wrong in various pathological conditions. In the long run, understanding these phenomena is the first step towards the development of new pharmaceutical formulations specifically aimed at repairing these cellular mechanisms.

He explains the scope of his research with an example, “Imagine the case of many animals that fall into hibernation. By lowering their metabolic needs to a minimum, they can survive at a time when food would be inadequate for them. If, in our example, for some reason, such an animal did not fall into hibernation, but chose to stay active during the winter, it would probably die as the available food could not meet its needs. So we understand how important it is for each organization to be able to understand the sufficiency of food in its environment and to determine its activities accordingly.

So do our cells. Each person’s body consists of several trillion cells. Each of these cells receives nutrients from its environment, which it uses either as an energy source – to perform its basic functions – or as structural components to grow. Due to the extraordinary importance of this phenomenon, each cell has molecular mechanisms that “sense” the sufficiency or lack of nutrients and adapt its metabolic program and cellular growth. Therefore, under normal conditions, our cells grow only when there is enough nutrients in their environment.”

“However, several mutations can lead to the deregulation of these cellular mechanisms, resulting in uninterrupted cell growth – a feature often found in, for example, cancer cells. These cells continue to grow, even in conditions that they would not normally have, with results that may be fatal to the human organism.” 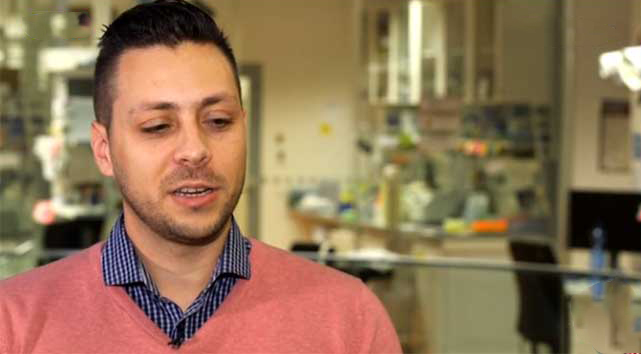 The study of the mechanisms by which cells “feel” the sufficiency of nutrients in their environment has greatly attracted the interest of the scientific community in recent years for both research and therapeutic purposes. However, this research field has so far been limited to the description of a single mechanism, which appears to have no general effect and to be associated with the cell response only under certain conditions.

“My proposal”, says in an interview, “challenges the prevailing theory and aims to reveal new mechanisms and factors that determine the behavior of our cells in a wide range of conditions, addressing this phenomenon more globally. These unexploded mechanisms are expected to provide the basis for understanding the cause of various diseases in humans.”

Read what he said in an interview:

– What is the success recipe for Biology graduates? What would you recommend a graduate of Biology today in Greece (or Cyprus)?

“Our students had and have excellent knowledge and education, as undergraduate programs in Greece are of a high standard. At the same time, the dissertation provides an opportunity for ambitious students to acquire significant research experience early on in their studies, which gives them a lead over to students from other countries. Proof of the level of our students is that too many of them excel when they find themselves in the right environment. Unfortunately, for years now, this is difficult to do within borders (except for very few exceptions), so the right choice is to search for a good lab in Europe or America for their doctoral or postdoctoral studies.” 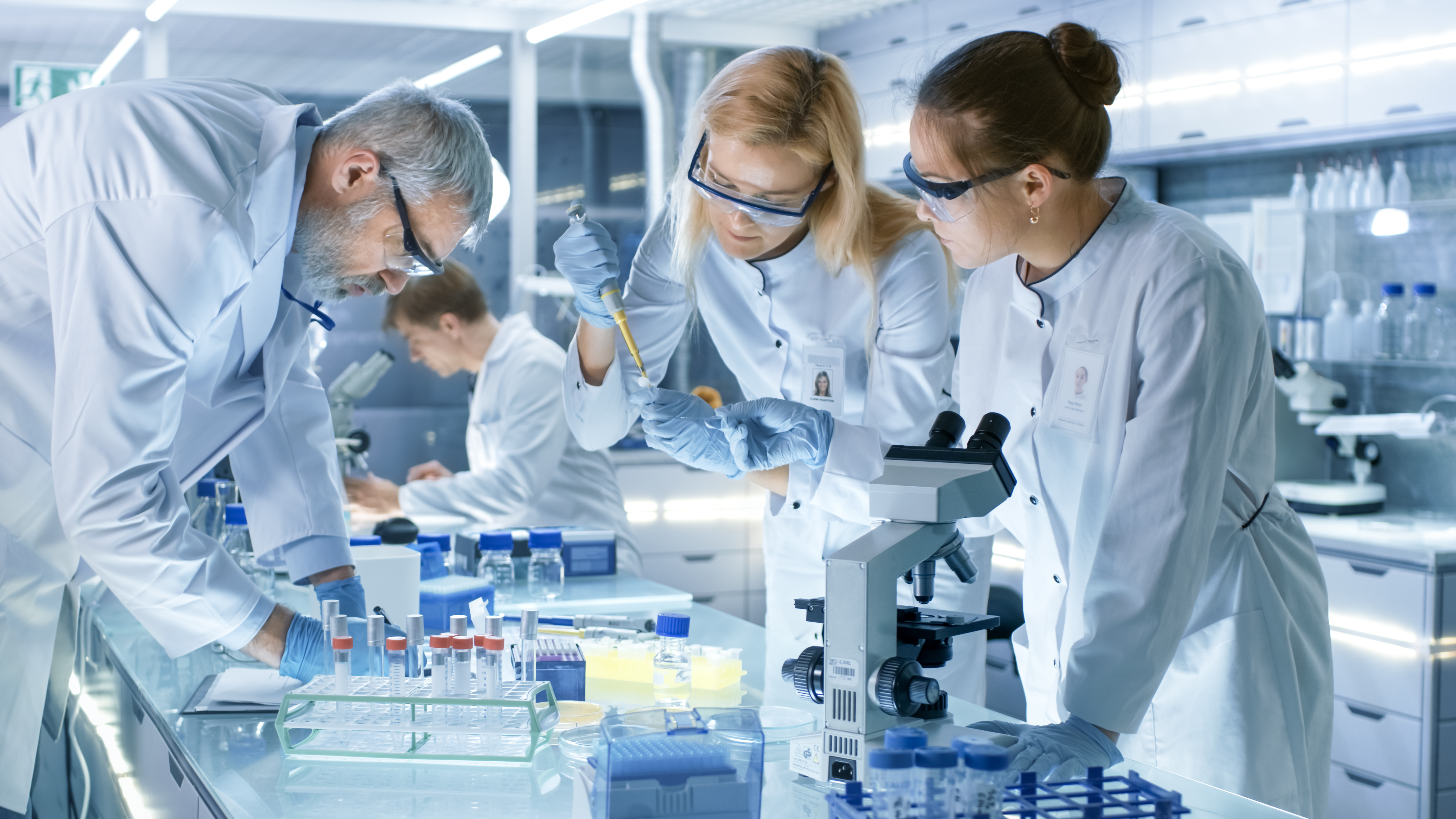 – What did you encounter when you went there? What were the biggest difficulties and for what issues did you feel relieved?

“Beginning as a postdoctoral researcher in Heidelberg in 2010, I was fortunate to find myself in an excellent research team where conditions allowed me to develop my scientific profile and apply my knowledge to a new subject for me. I worked hard and methodically, but my collaboration with the team leader was harmonious and my work was fruitful as it was published in prestigious international journals, which helped me to have a competitive profile and to achieve my later goals.

I can not say that I faced some particular difficulties in my first steps in Heidelberg and adaptation to the new environment was very smooth. The city is beautiful and has an international character, with much of the population coming from every corner of the world. The working conditions were optimal and allowed me to carry out my research unbroken, which at that time would be almost impossible to do in Greece.” 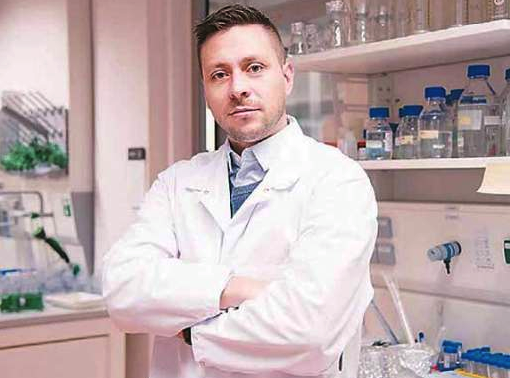 – How optimistic are you about the future of your research and yours personally?

“My professional career has been going up steadily in recent years, and the subject of my research is increasingly attracting the attention of the scientific community. As a result, my work was published in high profile international scientific journals, to start my own scientific team at Max Planck at the beginning of the year and recently to be honored with funding from the ERC.

Being in a great research environment like Max Planck, and having secured enough funding to support my team’s research work over the next few years, the next steps are to strengthen the team with new members and tough and methodical work to to achieve our research goals and to provide knowledge that in the long run will improve the health of our fellow human beings.

Moreover, on this basis, my team officially started working just a few months ago, so I’m not currently thinking about my long-term future career steps”.