The screenwriter from Thessaloniki who stands out in international festivals

Sotiris Petrides is a multi-award-winning screenwriter whose creative mind endlessly generates new narratives waiting to be released and communicated with the viewer, provoking interest, but also waiting for his own interpretation.

He has been awarded screenplay awards by Festicini – Internacional de Cinema Independente (Brazil) for the “e-Social” film, the script award for “White Collar” from the Artfools Film Festival in Larissa and the 2nd Best Short Screenplay Award by the Union of Screenwriters in Greece for the “Last Wish”.

“#NotAlone” was awarded the Best Greek Short Film Award at the Horror Film Festival ‘FRIGHT NIGHTS’ in Athens, and he has also been awarded 3 Excellence by the Aristotle University of Thessaloniki, in the context of the awards of the academic community’s awards for discrimination. He is 28 years old and perhaps the youngest member of the Scriptwriters Association of Greece. 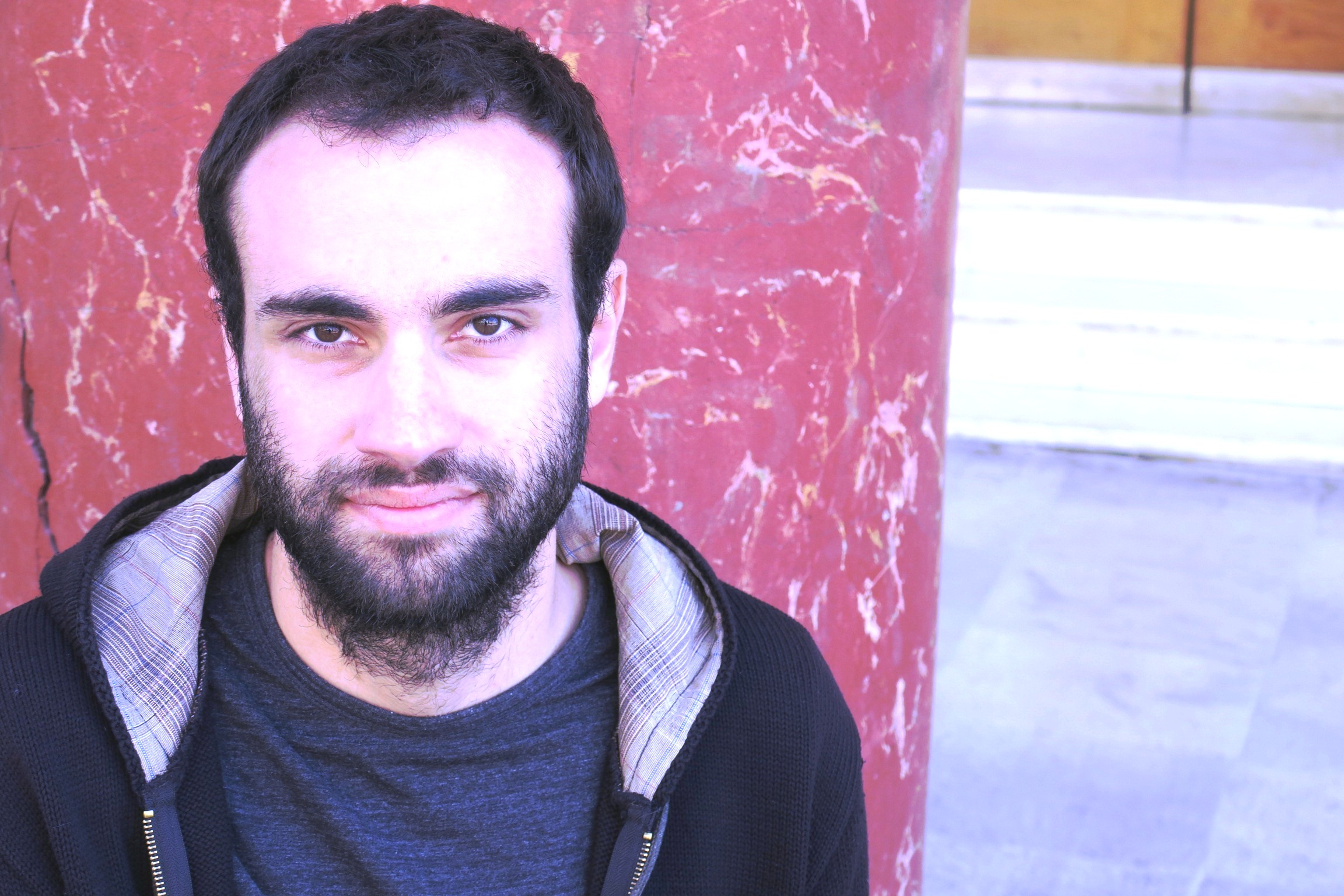 Sotiris Petrides knew what he wanted to do professionally since his school years and had the support and encouragement from his teachers, who gave him the opportunity to participate in school creative activities that took him even abroad.

“I was lucky the Cinematography Department of the School of Fine Arts of the Aristotle University of Thessaloniki was founded. When I had to make my choices, this choice was one-way for me. In the school, I first came in contact with Hitchcock’s films, who impressed me, and then with the work of the great forms of cinema. It was a discovery and revelation to me, which, as one understands, belongs to a generation that grew older with other influences.

It’s never too late. I started out like everyone with student films to go on with Natalia Lambropoulou, who directed the short films “The Balloon”, “e-social” and “White Collar,” while co-directing with Electra Aggelopoulou and our first long feature film. A thriller, entitled Scopophilia, “a film involving, among others, Joyce Evidis, Thanos Feretzelis, Eletra Katranou and others. 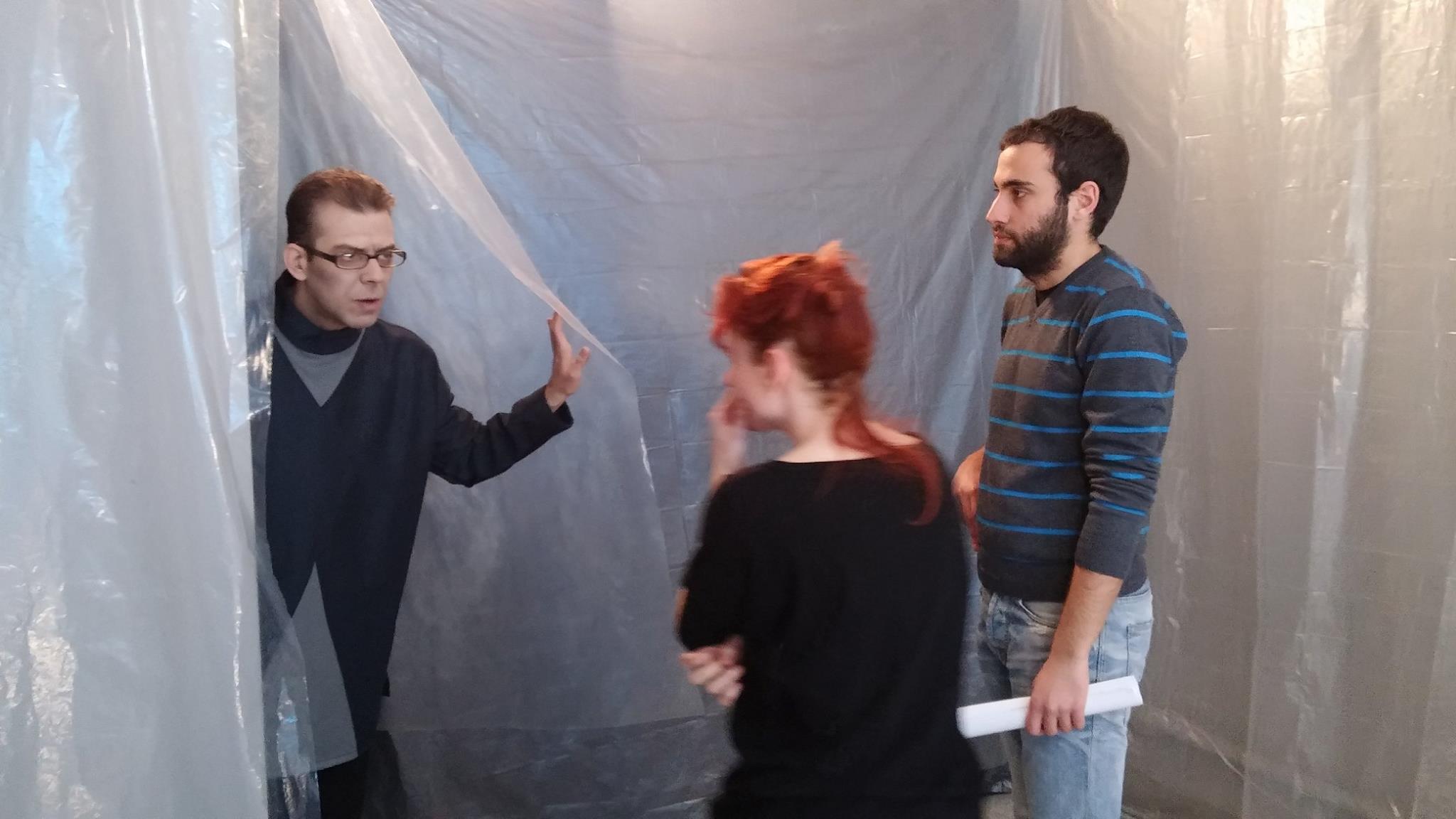 The field of his academic research is about the impact of the socio-political conditions of the American society of the new millennium on the cinematographic subspecies of the slasher. He currently teaches theoretical and practical film lessons at IEK Xinis, Thessaloniki.

“I like to tell stories. Stories that take shape and I share them with viewers, every time they become movies. Everything that we want or dreams stands for cinema as well. If you realize it’s something you love and you really want it, do not even hesitate, “says the 28-year-old scriptwriter. 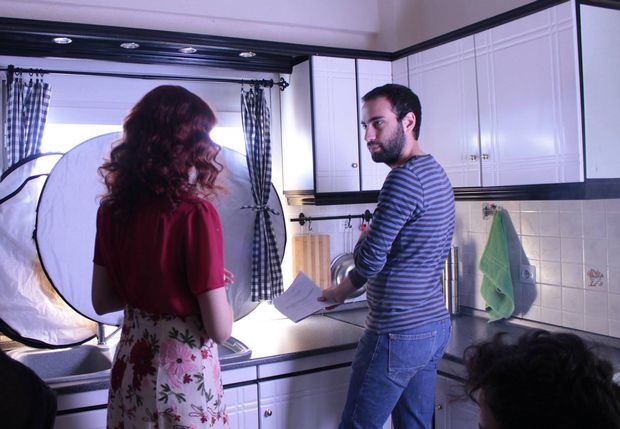 “It’s very interesting,” he says, “listening to how much your work has touched the viewers or receiving comments that, from a different perspective, illuminate new features and details that you have not perceived in creating the film. Every criticism and comment are welcome and valuable when it is well-meaning. They help us improve and give us the strength to carry on.

We need this power in a domain like cinema, which is an expensive art, which, although it has many lovers, as the greatest – perhaps even unique – reward, you accept the sense of satisfaction or of completeness, doing something that you love. What I would wish for myself is never to stop making movies and tell stories through them.” 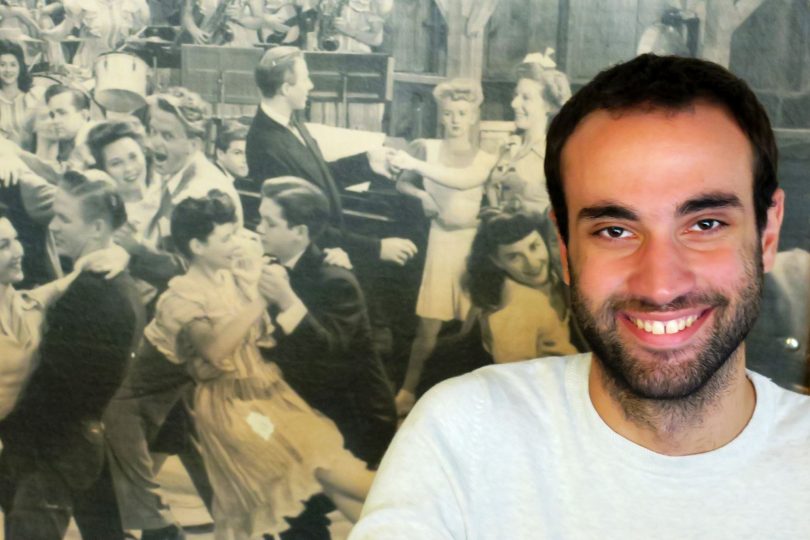 In an interview at http://artandpress.gr he said:

– How does the dream come true with so many difficulties?

“The struggle for us is always the funding, but at the same time its lack and its very limited financial capabilities make us more inventive, unite us in cinemas that work tirelessly because the cinema is a group affair.

I would like to mention the plethora of talented young people in the city, who serve the cinema in various ways, like in the visual & special effects, in the editing, directing and photography, and of course the actors. I’m afraid that in trying to name them all names, I can forget someone and make mistakes. “

The existence of the school in Thessaloniki, combined with the Thessaloniki International Film Festival, has brought together many people from the field and has also created a cinematic culture in the city, which works favorably with us, the filmmakers.

It is difficult to find the budget and the crowdfunding method hasn’t really helped. So we collect money by organizing parties and we are happy and grateful to the good people of the city of Thessaloniki who support us. I do not call them sponsors, I call them good people, who when we inform them about what we want to do, willingly support us in whatever way they can and they treat us with sympathy.

Art is amazing on its own, but you have to feed at least the actors of the film, most of which are volunteers (Joyce Evidie is paid with Natalie’s grandmother’s pie), as well as finding the right items (eg it was impossible to buy the real weapon used in the White Collar), and the technical equipment that is needed every time. In all of this, we have one more ally; the rapid development of digital technology, which every day pleasantly surprises us, enabling us to save time and money. “

– What are your latest projects?

“Our first English-language short film, “EMOTICON MAN”, directed by Panagiotis Kountouras, with Christos Goutsidis, Christos Kokarakis, Eleni Thimopoulou, Dimitris Tsilinikos and Anni Tsolakidou. In a world, at an unspecified time of the future, we all wear emoticon masks, masks that do not always respond to our real feelings. What will happen when a man meets and falls in love with a woman, but while the masks at his disposal aren’t able to express his emotional state? A film with many extensions and semantic references, which has taken part in international festivals. In this film, I also took on the production, along with Electra Aggelopoulou and Dimitris Tsakaleas.

Also, one of my new projects is the short film “9023”, with Alexander Koch, Anastasis Roillos, Eleni Thimopoulou and Nikos Kolovos. It unfolds into a dystopian present and deals with an extreme social condition. I also co-starred with Tania Nanavraki, while I collaborated once more on the production with Dimitris Tsakaleas. “

– Tell us about your movies.

I started from the tender, innocent and optimistic look of a little girl who has lost her father, but she feels him always being beside her, protecting her – unlike her mother, who as an adult manages, quite differently, the loss, at “The Balloon “, (Best Leading Actress, Joyce Evidis, Athens International Digital Cinema Festival, 214 and Special Mention – SEE Talents, Naoussa International Festival 2014), and I continued with “e-social”, starring Matina Koulourioti, Christos Papadimitriou and Joyce Evidis.

In “e-social”, the plot unfolds in the near future, where a woman can not accept the loss of her partner, exploits her ability to bring him back as a hologram, to see then that nothing can substitute real life. (Best Sci-Fi Award, Granite Planet International Film Festival 2015, Canada /  Special Mention – SEE Talents, Naoussa International Film Festival 2015, Greece / Best Original Screenplay, Festicini – Festival Internacional de Cinema Independente 2015, Brazil).

In the “White Collar”, we see in the crudest way, the reference to the inhuman conditions that he experiences, the despair and the impasse, to which the modern man comes, wanting to acquire, one of the few jobs left in the world. In an interview-quiz about economics, the game of Russian roulette, allows only the winner to stay alive, the best. Human life is of no value – a film that received the Best Film Award and honorary distinction for sound and makeup from the “Vangelis Kotronis” Fiction Festival, 2017.

While in “#NotAlone”, social media and fatal “games” are the protagonists.

– All of your scenarios, in a different way every time, have as a point of reference death.

“You’re right. Now, every time I tell my friends that I wrote a new script, they ask me how many stay alive. It happens without planning it. Sure, I have to look at it, as my friends say, to tease me. As you mentioned, however, each time the approach is different.