The King of Portraits

Despite the fact that he’s not widely known in Greece, Platon Antoniou is a prestigious international photographer, known by his first name, and one of the top portrait photographers worldwide.

Some of the most influential personas of modern history have faced his camera, like the President of Iran Mahmoud Ajmadinejad, President of Russia Vladimir Putin, President of the United States Barack Obama, ex Prime Minister of Italy Silvio Berlusconi, President of Venezuela Hugo Chávez and President of Argentina Cristina Fernández de Kirchner. They themselves and others keep their portraits in his trustful hands without fear of exposure.

Platon Antoniou started his career with the British Vogue and then relocated to the United States and worked for John Kennedy’s Jr. magazine. Later on, he worked for major American magazines, like Rolling Stone, New York Times Magazine, Vanity Fair, Esquire, GQ and Sunday Times Magazine. New Yorker magazine offered Platon a staff photographer opportunity and he accepted, though he has never compromised with regularity and never stopped creating his personal works, like his recent project published in the pages of Power.

In 2012, Platon decided to put his portrait photography on hold in order to dedicate his talent to Greece by shooting common people of everyday life, typical figures and Greece-inspiring sceneries. His collection under the title Greece was exhibited in Paris until early December. Antoniou’s photos demonstrate the island of Paros, where he lived at his uncle’s home up to the age of 7, before relocating with his family to the United States. 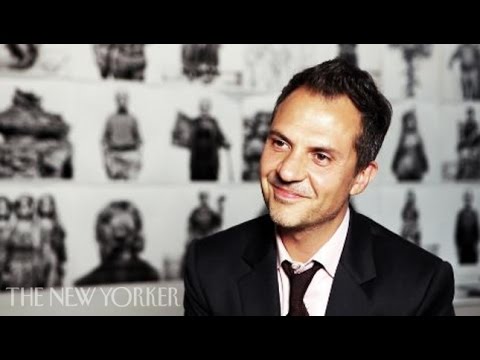