The artist who creates art by using the sunlight and glass

Michael Papadakis is an International Performance Artist specializing in an unusual form of Storytelling. Dubbed Heliography, Michael uses mirrors and lenses to focus the Sun’s powerful rays into art. He has showcased his skill set for a variety of clients and at live events throughout the US and abroad. In some of his recent clients are included GoPro, The Balvenie, R.J. Reynolds and Ripley’s Believe It or Not!

The California-born 30-year-old filmmaker from Colorado makes art on wood using refracted and reflected sunlight through a magnifying glass. Instead of brushes, he has dozens of magnifying glasses which he places in a short distance from wooden surfaces, which become his canvases. Then he focuses the sun’s rays in a small spot, burning patterns on the wood. 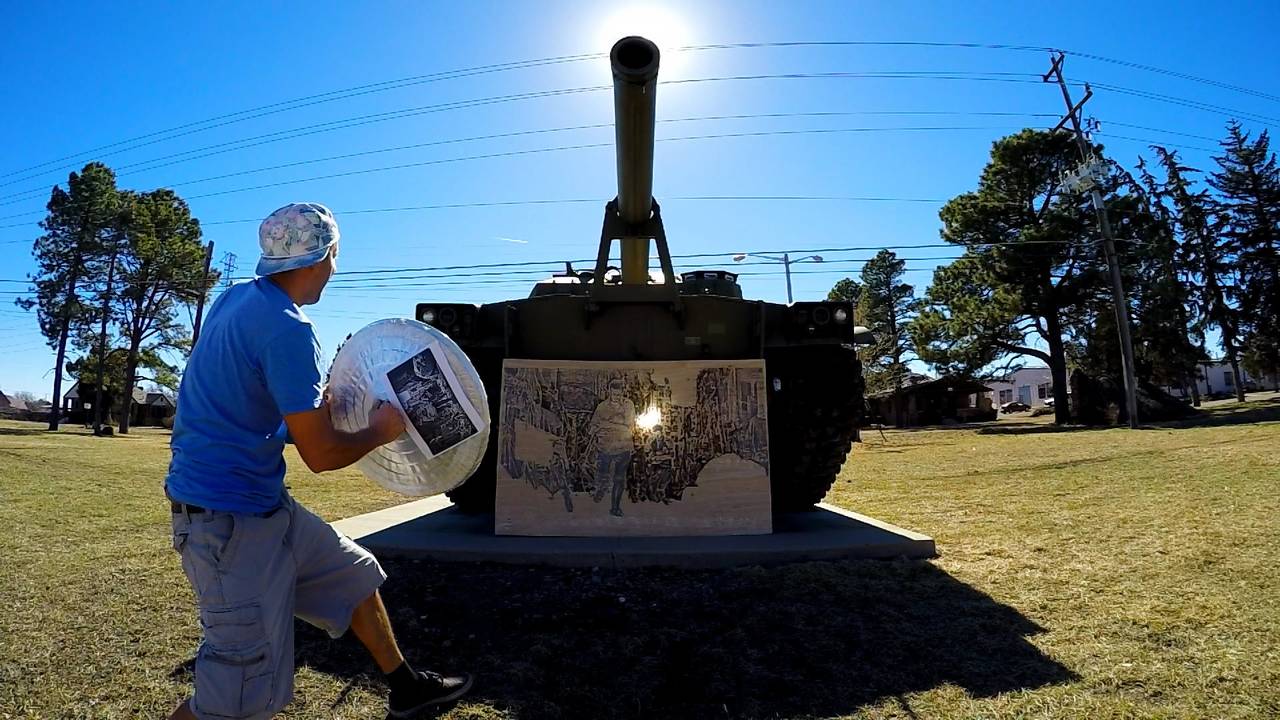 “When I finished college, I decided I had to find myself. I remember getting a no-return ticket for South Korea. Subsequently, I was isolated in a community in Xinjiang province in China. There, a friend of mine had a magnifying glass on his table and I remember very vividly the sun from the window shining on it. It was then that I began to make this kind of art in every country I was passing through.

“With a magnifying glass in one hand and a piece of wood in the other, I let the Sun be my guide as I traveled for 14 months across the high plateaus of the Pamir Mountain Range, making Sunlight Art for the local people. It was along this ancient trade route formally dubbed the “Silk Road” where I experienced some of the “sunniest” moments of my life. Mongolia, China, Tajikistan, Kyrgyzstan, Afghanistan, Turkey and Greece. Returning to the US, I stopped using traditional magnifying glasses and bought Fresnel lenses and solar collectors. ” 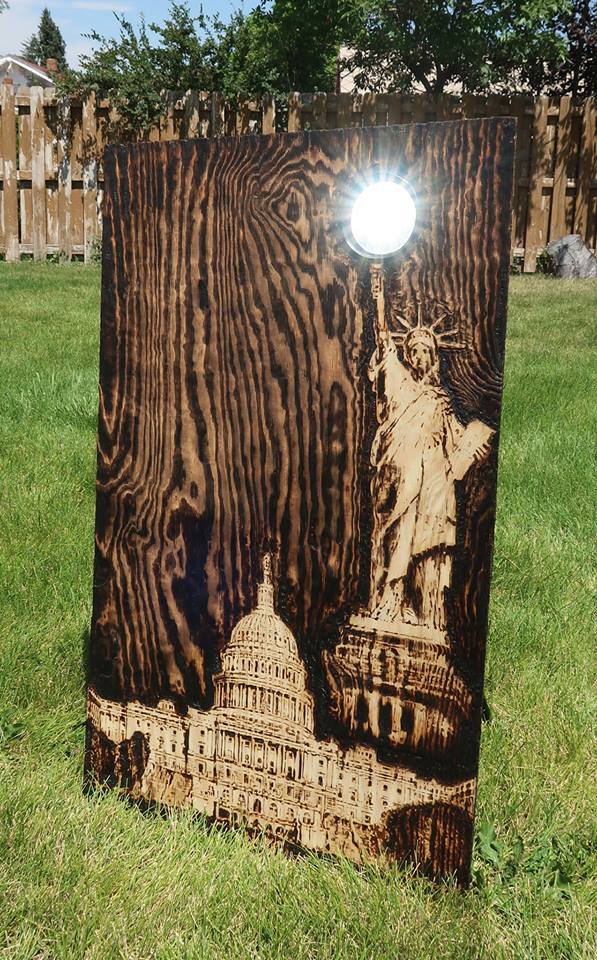 After his return to the States in 2013, he moved to Colorado and began experimenting with different forms of Sunlight. To his amazement, he discovered that refracted sunlight and reflected sunlight had very different characteristics of one another. “It was as if they were polar opposites, like water vs. ice, or positive vs. negative. These two forms of sunlight contradicted each other in every way, yet when in synergy, complimented each other beautifully. All this experimentation led me to believe that even sunlight can have multiple personalities, even if it comes from the same source. I called it, Heliography” he says and adds that this term usually refers to the photographic process invented in 1822.

As stated in “The National Herald“, the roots of using the sun’s rays are centuries old. Archimedes, he noted, used them to create weapons. “We are now using this idea to create something peaceful and beautiful,” he said. 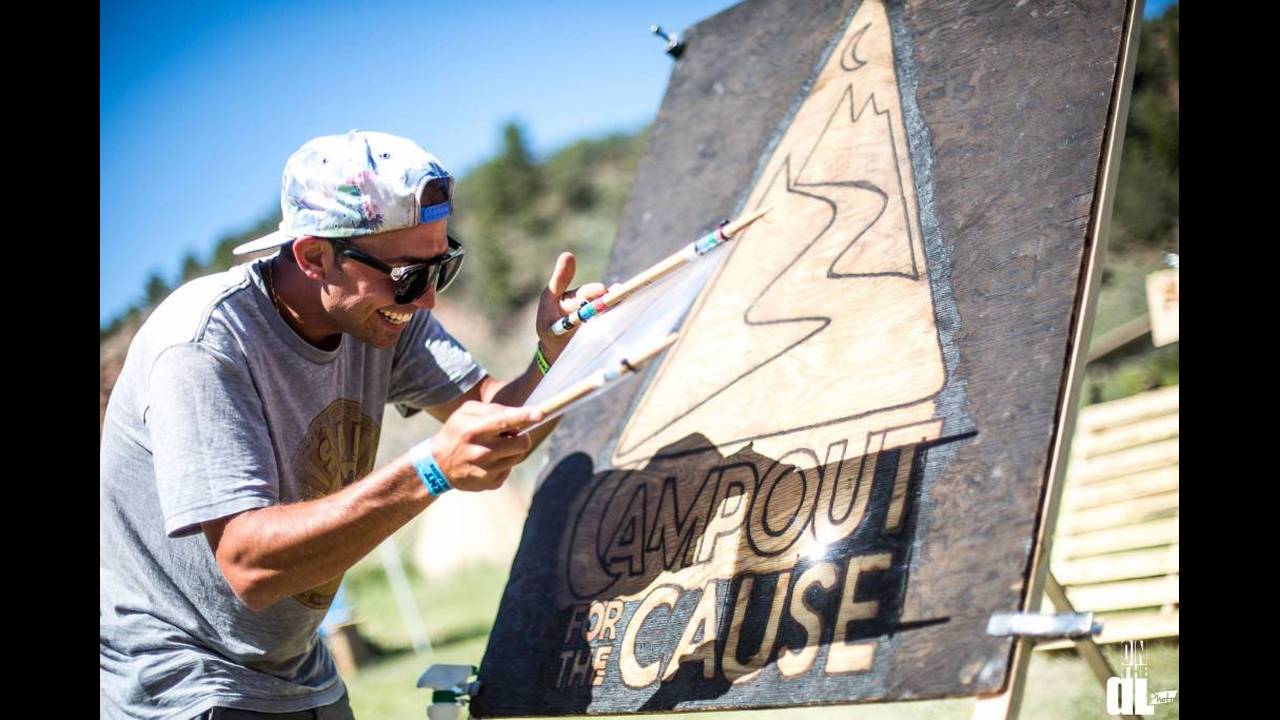 In 2016, he began sharing this Art form with the world and performing at live events and working with Big Brands to help them develop their voice with this unusual, yet a uniquely effective form of Branding.

A year later, he began to teach this form of art to those who were willing to learn. To his surprise, he discovered that children were more receptive to it and that he felt it his own responsibility to teach and impart his knowledge and techniques of an art that only a few people on the planet use.

“Perhaps if we can show the real sun’s power to children from a very young age, they will grow up and be less disastrous people. I hope that Heliography can offer a sense of hope to those who live in the dark. May the light shine where it is needed! ” 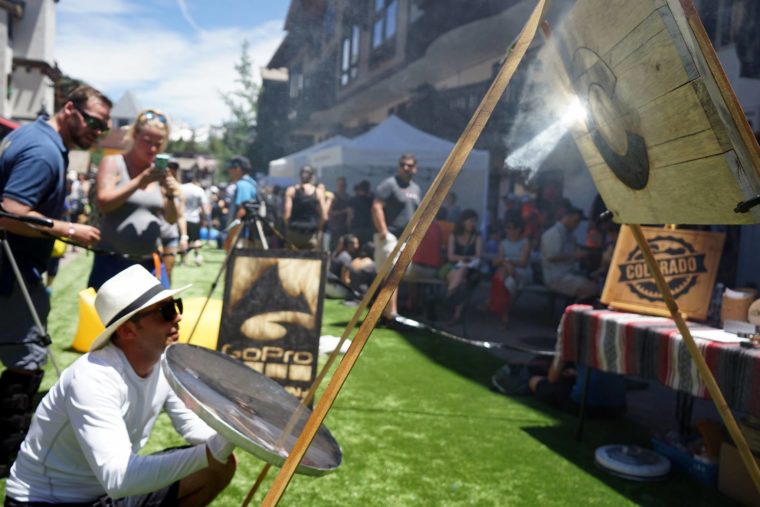 While painting, he has only one thing in mind, as he admits, “Safety”. He uses welding glasses because light can damage his eyes, he always has a bottle of water spray in case he gets burnt and he does not paint in areas where there is a possibility of a fire outbreak.

His subjects range from romantic and family scenes to those of everyday life, and each of his works, on average, may require one to thirty hours, depending on the size and detail of the image, he told to CNN Greece.

As for those who have inspired him, he names Martin Luther King, John Lennon, Michael Jackson, Bobby Kennedy, Nelson Mandela, Nikola Tesla, Archimedes. “My art is inspired by hope and righteousness.” 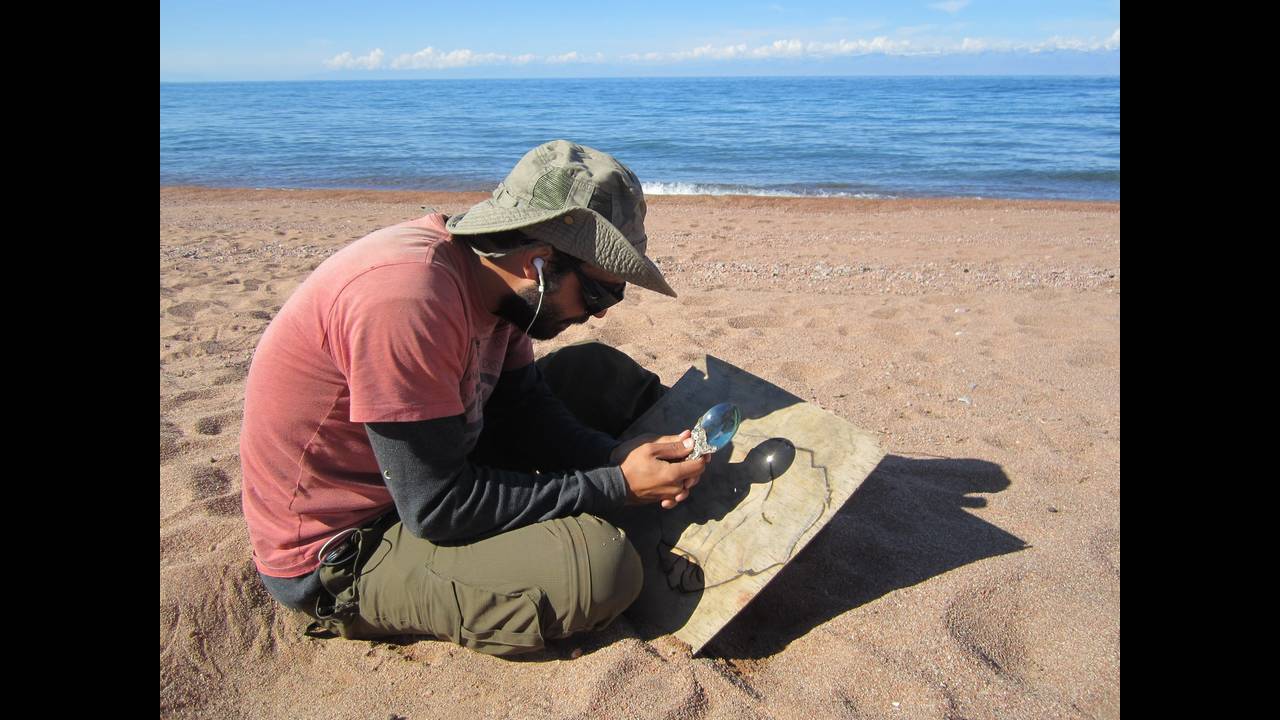 Patience, as he mentions on his website, is his most important task, which was suppressed by a life under pressure. He came back when he left his safe zone and regained the bond with the sun, but also the ability to be patient.

Mihalis Papadakis has visited Greece twice; the first time was in 2002, when he went to Crete and visited his father’s family, and the second in 2013, when he traveled back to Greece and visited Chios, where he stayed three months in order to search for the roots of his mother. “She always talks about the story of my grandfather, who, when he was a teenager, left Oinousses for the US.” 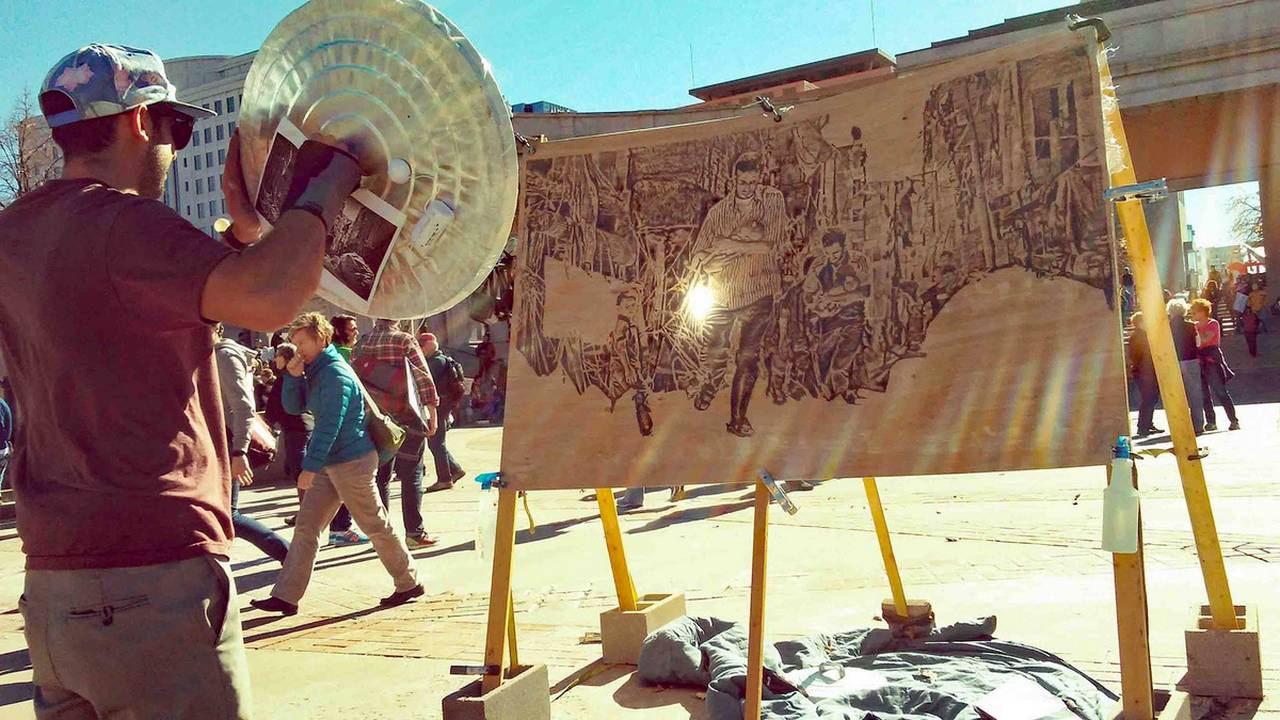 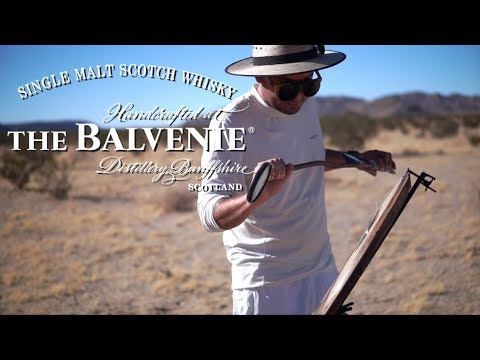