In 2008, Tonia Sotiropoulou relocated from Athens to London to pursue her acting career. Four years later, she was casted for the role of the Bond girl in the James Bond sequel Skyfall.

Tonia was born on April 28, 1987. She studied acting at Yorgos Kimoulis Modern Theatre of Athens Drama School and at KEA Drama School. She had roles in the television series True Romance, The Golden Girls, Ran into you and in the films Loafing and Camouflage and Cool, but she had always been dreaming of an international career.

Before permanently residing in London, Tonia had a brief stay in Berlin. She herself says that it was an easy decision to make and leave Greece, just by being positive about what she wanted to do, despite the risk of stepping outside the safe circle of friends and family. Later on, she was lucky enough to play next to the awarded actor Toby Jones in the film Berberian Sound Studio, a role that landed her at the fourth place of the IMDB international online database’s list of the Most Beautiful and Exotic Actresses in the world, with Angelina Jolie ranking at number 23.

For her red carpet appearances, Tonia Sotiropoulou keeps her styling in the trustful hands of Greek designers, a way to honour and support her native country. 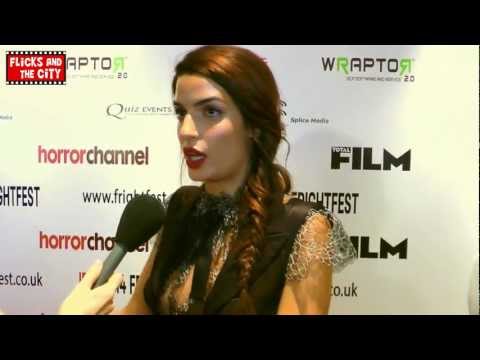