Focuses on the craft technologies of Classical antiquity

Her research focuses on the craft technologies of Classical antiquity, the spatial organization of workshops, craft apprenticeship, and the negotiation of social status through crafts, especially ceramics. She combines archaeological, textual, and ethnoarchaeological evidence in her projects. Her archaeological fieldwork in Greece (Paros, Cyclades), the ethnoarchaeological project in Tunisia (Moknine) and an experimental open-air lab for pyrotechnology locally (Tucson) promote the knowledge of crafts both in antiquity and its relevance for modern societies.

She has recently launched a collaborative project Web Atlas of Ceramic Kilns in Ancient Greece, a searchable database for ceramic production in ancient Greece covering five millennia. People back then, relied on their friendly neighborhood ceramics workshop for everything from dishes to perfume bottles to roofing materials. This new project, led by her, aims to map these critical centers of ceramics production in a first-of-its-kind online database, designed to support archaeologists working in Greece today.

The Web Atlas of Ceramic Kilns in Ancient Greece includes information on 600 Greek kiln locations, dating between 3000 B.C. and A.D. 1820. Each uncovered kiln represents the location of a ceramics workshop.

The idea for the database grew from Hasaki’s dissertation on ceramic kilns — the ovens used to fire pottery — in ancient Greece. As part of her work, Hasaki sifted through stacks of hard-copy archaeological reports in Greek, which were not available online, and traveled to Greece to collect information about kiln excavations that had not yet been formally published.

“My major hope for the online database is that it will help archaeologists on the ground who uncover kiln sites to quickly find similar cases in the same region or of the same period or of the same type, without having to wait for the final publication of a kiln site, often several years after its discovery,” said Hasaki, who teamed up with Greek archaeologist Konstantinos T. Raptis, an expert on Roman and Byzantine kilns, to compile information on the 600 kiln locations mapped in the database.

She said the database serves as a jumping-off point for researchers to answer larger questions about ceramics production in Greece across five millennia. “It’s more than just a map with spots,” she said. “If you keep going through more complex questions, people who study craft production in an area have the exact locations of kilns, and they can ask questions about craft production and even about scale of economy or scale of trade. It starts as a little dot but then goes very quickly to the bigger picture.”

Hasaki also co-directs the UA’s Laboratory for Traditional Technology, which focuses on the study of traditional technologies such as ceramics.

She has been invited to lecture at several institutions both nationally and internationally. She has served on international conference review boards and as a reviewer on grant and fellowship committees for major organizations, including Fulbright Foundation, National Endowment for the Humanities, American Association of University Women, and the Archaeological Institute of America. 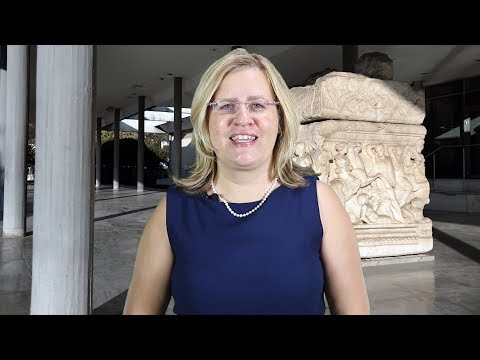