He was born in 1978 in Germany from a Greek father and a German mother. He grew up in the Ruhr area between Stuttgart and Essen. He comes from Triantafyllia, Serres which he visits regularly. He has also spent a half year in Kenya working as a volunteer in development projects in Germany. He studied Graphic Design in Germany and at the National College of Art and Design in Ireland, where he also earned his master’s degree. He has been working as a designer in agencies or as an independent designer and photographer since. Currenlty he is Managing Director at “First Escape”, Vienna’s prime Escape Quest facility, and Independent Designer at “message. The Inspiration Company”.

When he first went to the Irish capital, in 2002, he was as confused as anyone about how to get around the city by public transport. Years later after having processed a tremendous volume of information, the Greek designer drew the most modern transportation map in Ireland which includes all the previous studies concerning improvements on public transports, gathering dust in the drawers of the Irish republic. The result was to be honored as a national hero.

“My work has been honored and recognized. This makes me incredibly happy” Venetikidis states to the Greek newspaper “Vima”. The public transport system in Dublin is of the worst in Europe and the network is really bad. Transports do not interact and most of them work independently”, stated Venetikidis.

After being rejected initially as a project for his undergraduate degree in graphic design at the National College of Art and Design (NCAD), because his tutors thought it would be “too complex”, he got another chance to do it for his master’s degree. “In the beginning of my Postgraduate studies I came up with a simple list with all the things going wrong in the network. I also discovered that the last 15 years there were a huge number of very good designers’ proposals concerning the improvement of the public transportation by proposing a radical redesign of services. Most of these studies where gathering dust in the drawers of the Irish government” Venetikidis stated, referring to our similar familiar situation. His friendship with the transportation designer James Leachy played a significant role on his work’s progress. 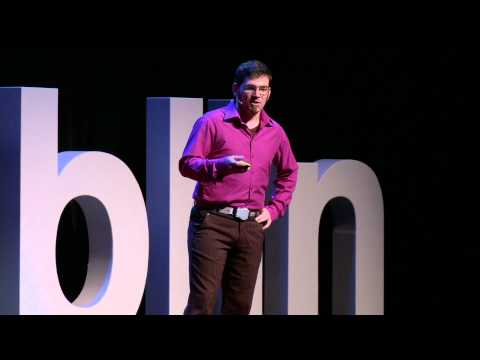