Researches the physical and chemical processes of planetary atmospheres

Panayotis Lavvas is a Researcher at the French National Center for Scientific Research (CNRS) at the Groupe de Spéctrometrie Moléculaire et Atmosphérique (GSMA) laboratory of the Reims Champagne Ardenne University (URCA). His research interests focus on the physical and chemical processes of planetary atmospheres.

He is one of the Greek scientists involved in the mission of the NASA’s Cassini spacecraft, which for almost 20 years has been collecting data for the study of Saturn and its rings, moons and magnetosphere. In particular, he is a Cassini Participating Scientist with the UVIS and ISS instrument teams. Apart from Panayiotis Lavvas, among other researchers who have been involved in analyzing the valuable data provided by Cassini, are several Greek scientists.

In 2015, the Greek scientist received a significant international distinction, as he was awarded the CNRS Bronze Medal. The award was about his research work on the atmosphere of Titan, Saturn’s largest satellite, and how its composition can explain how life was created on Earth without the presence of ozone. The CNRS Bronze Medal recognizes a researcher’s first work, which makes that person a specialist with talent in a particular field. This medal is a way for the CNRS to encourage the researcher to continue work that has met with initial success and already produced fruitful results.

Panayotis Lavvas was born in Athens on February 4th, 1980. In 2001 he graduated from the Department of Physics of the University of Crete, where he also completed his Master’s degree. In 2007 he obtained his PhD at the University of Crete and the Foundation for Research and Technology (FORTH). He continued on as research associate at the University of Arizona in the US, and since 2011 he is a CNRS researcher at the Groupe de Spectroscopie Moléculaire et Atmosphérique laboratory of the Reims Champagne University. Moreover, he is the author/coauthor in 39 publications in peer-reviewed journals and 2 book chapters.

The Greeks who participated in the Cassini spacecraft mission 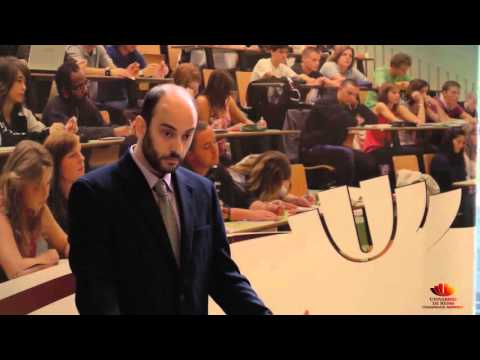