Researchers quantum cryptography in telecommunications and the Internet

She is one the six Greek researchers among the 406 European researchers that will be supported by the European Research Council (ERC) with grants to continue their research. ERC’s purpose is to support talented early-career scientists, who have already produced excellent supervised work, into becoming independent researchers and the research leaders of tomorrow. The funding, worth €605 million in total and up to €1.5 million per grant, will enable them to set up their own research teams and pursue ground-breaking ideas.

Her research entitled ‘QUSCO: Quantum superiority with coherent states’, is about quantum cryptography in telecommunications and the Internet. “The aim is to prove that it is possible to communicate with encrypted messages through quantum mechanics and to be more efficient. Of course, this will require a change in the entire infrastructure, quantum computers, which will be based on optical systems” she told the Greek newspaper Kathimerini. 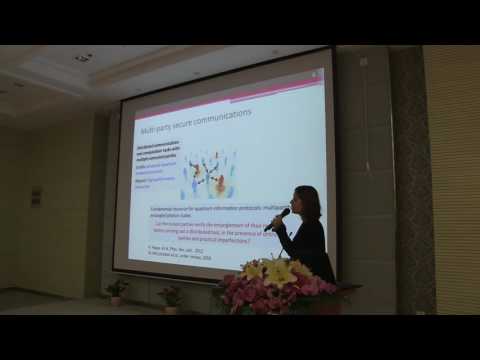